A confluence of classical musicians, composers 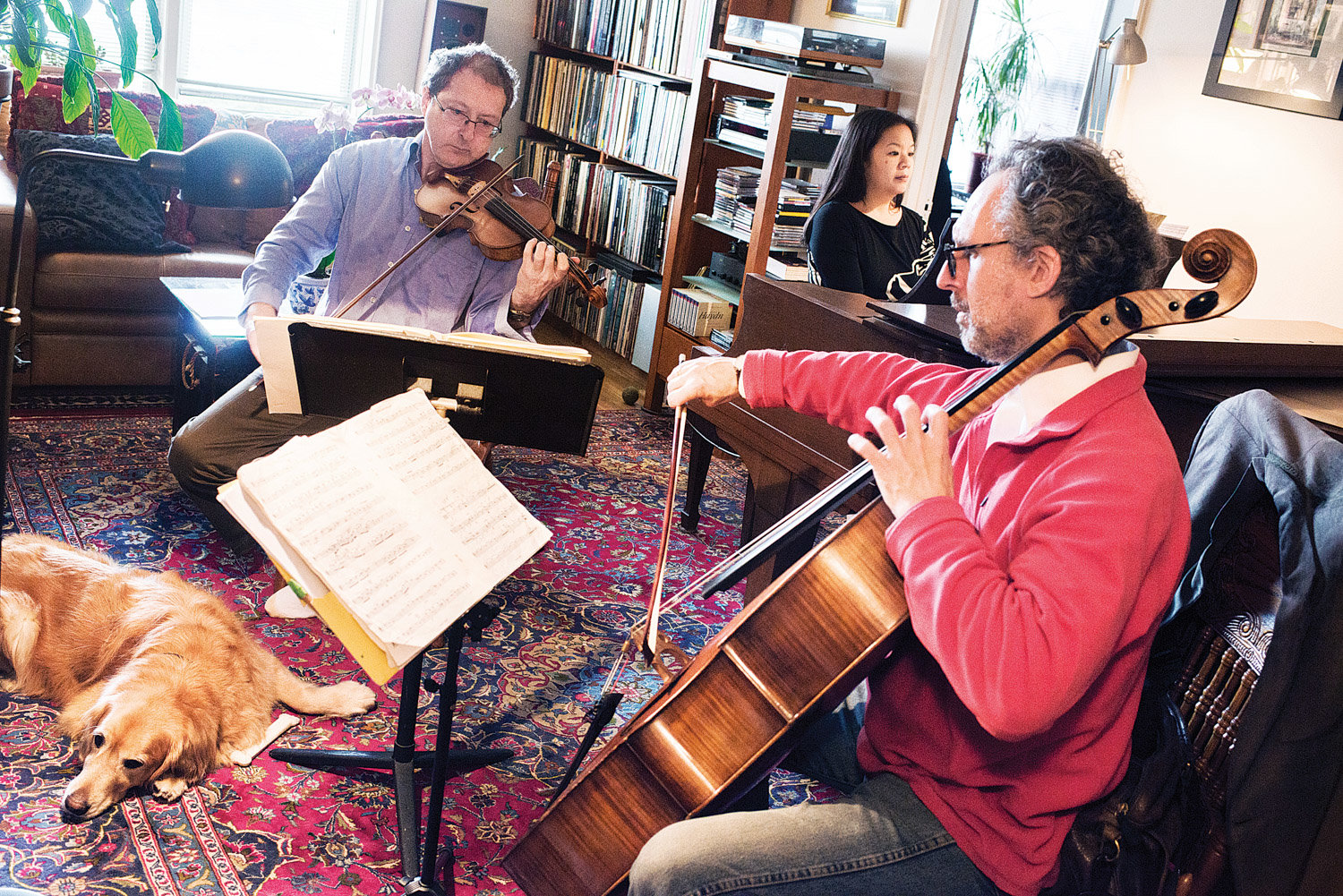 The di.vi.sion trio — Kurt Briggs on the violin, Renee Cometa-Briggs playing piano, and Matt Goeke on the cello — rehearse in an apartment in 2015. The group will perform at the Riverdale-Yonkers Society for Ethical Culture on Dec. 1.
ADRIAN FUSSELL / File 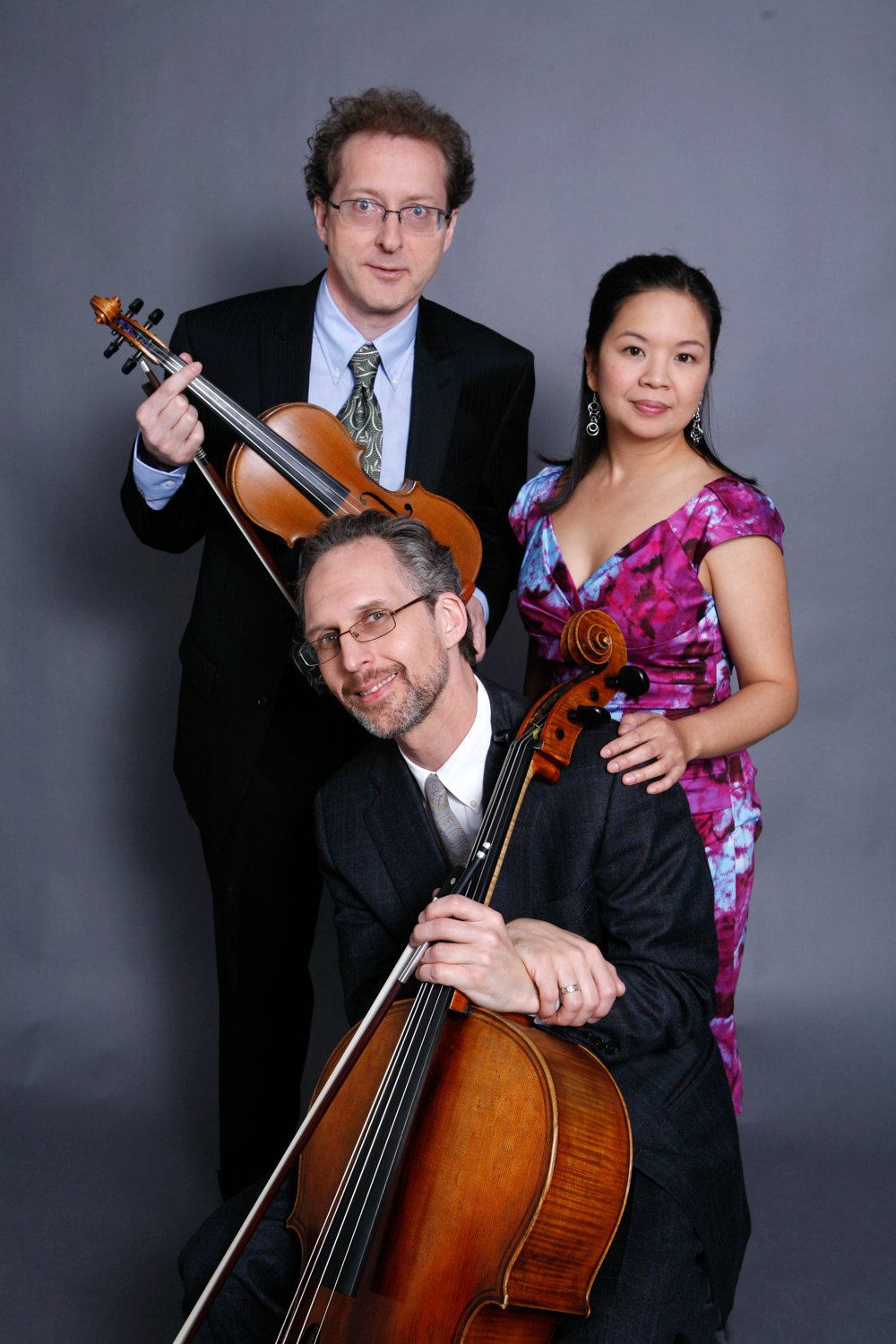 The di.vi.sion trio will bring its classical music stylings to the Riverdale-Yonkers Society for Ethical Culture on Dec. 1.
Courtesy of di.vi.sion 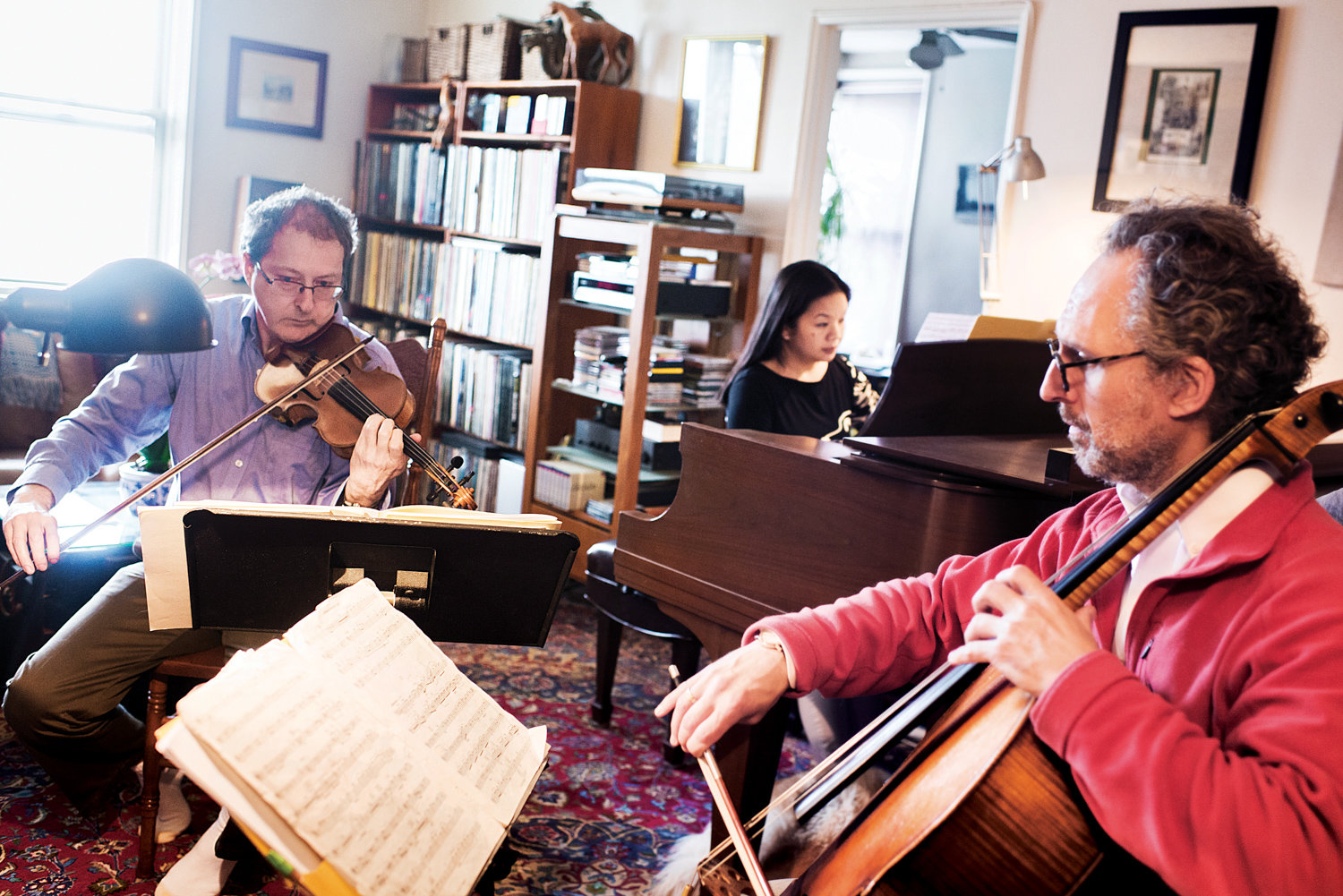 Formed in 2001, the di.vi.sion trio — seen here at a rehearsal in 2015 — will perform a classical music concert at the Riverdale-Yonkers Society for Ethical Culture on Dec. 1.
ADRIAN FUSSELL / File
Previous Next
If you go ...

COST: Free, although donations of between $10-$15 are accepted

A half mile from the Hudson River is a decades old music group that harvests relationships with the community at large to create an area rich and bountiful with classical music. Their cornucopia of work has been performed throughout New York City, but their home is the Northwest Bronx, and it is here where di.vi.sion showcases most of its orchestral work.

The extensive musical credits amongst the three members include — and are in no way limited — to the Brooklyn Philharmonic, a variety of Broadway performances, awards for Debussy interpretations from La Schola Cantorum in Paris, and credits on Angelique Kidjo’s 2007 Grammy Award-winning album, “Djin Djin,” as well as the David Bowie piece, “Time Will Crawl.” The levels of recognition achieved thus far by this group are said to be reflective of their high-quality talent, creativity, and overarching range of musical versatility.

Despite this, Briggs is amused by their moniker.

“The styling of our name is what counts for graphic design these days,” Briggs said, laughing. But there’s more substance than style in their title.

A division in music is a repeated base pattern. The base line is a somewhat simple and repeated phrase. Over that is a melodic line, which in a following measure, is divided, making each note shorter and faster, creating a dynamic sound with a consistent base line.

It may begin with two notes to a beat, which then becomes four notes to a beat, followed by eight, and so on. Briggs himself refers to Michael Tippett’s “Fantasia Concertante on a Theme of Corelli” as a good example of a series of divisions.

“Very intricate, though very approachable,” Briggs said. “It’s tough to get right, but it’s not particularly alienating for an audience.”

That audience is rarely nearby, yet those who come to watch di.vi.sion are often right around the corner. The group began a concert series in 2012, centered on providing concerts to various spaces throughout the community. Such consistent movement and shows with suggested donations may seem a pricey and daunting task, but the group is helped by a variety of local arts foundations as well as businesses.

“We couldn’t have done it without the Bronx Arts Council,” Cometa-Briggs said, “and the help of three business partners that have been with us since the beginning.”

The group is backed by other community staples including Williams Funeral Home, Columbia Florists and the Cambridge Podiatry Center.

“We want to play music by living people,” Cometa-Briggs said. “That’s very important to us, and having local sponsors helps us with that endeavor.”

The living and the local are sometimes one in the same. The di.vi.sion orchestra will reveal that reality in its upcoming concert at the Riverdale-Yonkers Society for Ethical Culture at 4450 Fieldston Road on Dec. 1. Its new and live performances include the world premieres of Bronx resident Stanley Grill’s “Division For Violin, Cello, and Piano,” Frank E. Warren’s “Trio for Violin, Cello and Piano,” and Bronx native Tom Griffin’s “Piano Trio No. 1.”

The concert, which begins at 3 p.m., includes a range of musical stylings, such as an English folk song rewritten as a jazz waltz, utilizing the Lydian mode stylings of Miles Davis’ “Kinda Blue.” As well, Cometa-Brigg’s solo piano performance of Victoria Bond’s “Simeron Kremate” blends together a Jewish Orthodox chant with a Greek Orthodox one, creating a moving atmosphere to the composition.

“The audience will be able to meet with the composers and be able to speak with them,” Cometa-Briggs said. “That’s another great thing about working on new music. It’s an opportunity for engagement.”

The appreciation shown by di.vi.sion toward the Ethical Culture society reflects its unique position in the community.

Due to establishments and foundations like the Society for Ethical Culture, the care and insight by the members of di.vi.sion toward nearby artists extends to their desire for interaction among local creators.

“We’re always on the lookout for new composers to collaborate with,” Cometa-Briggs said.

“We think it’s important for their music to be heard, to be performed, in their lifetime.”