A future for newspapers 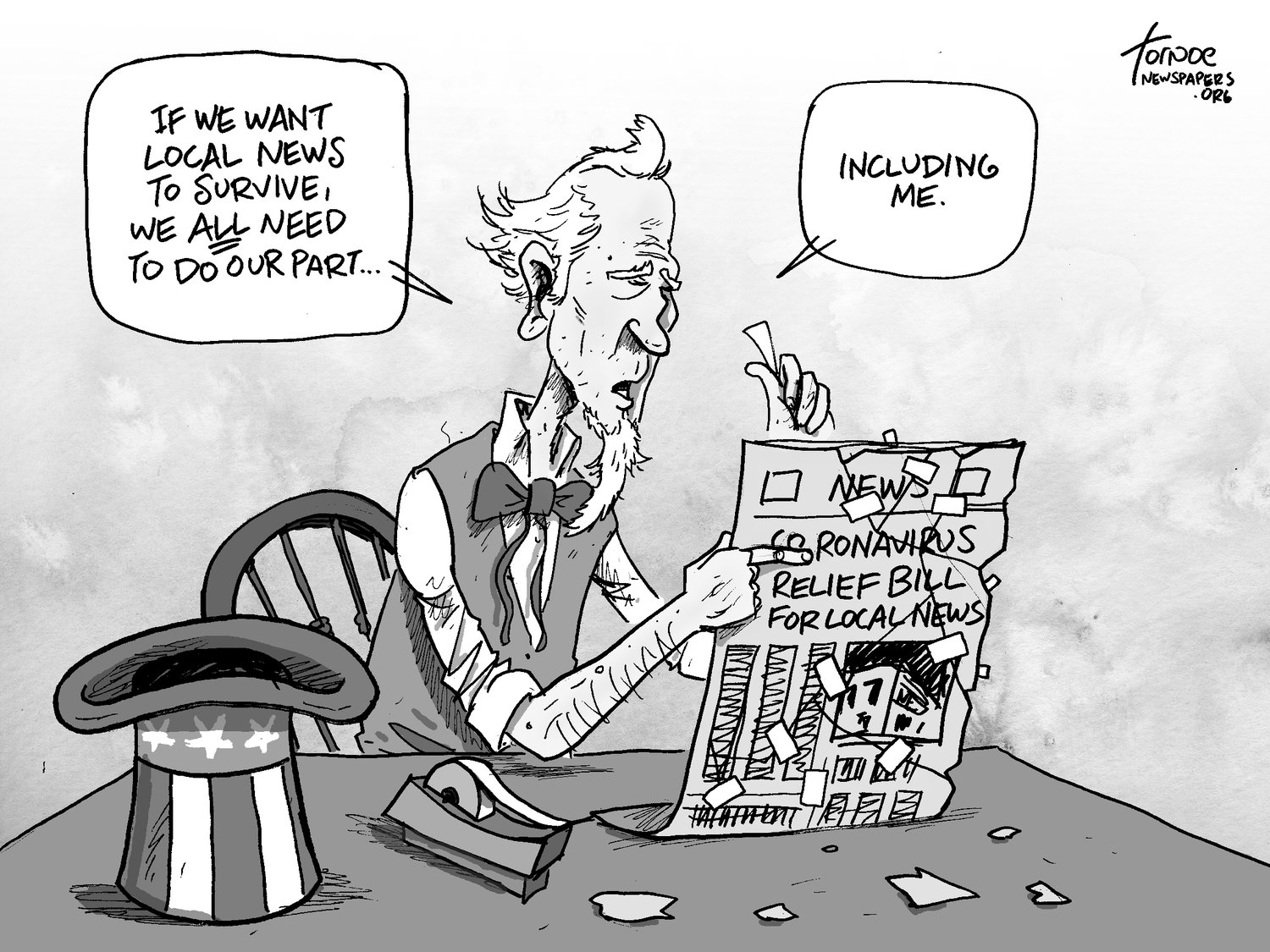 The numbers are grim. And if you depend on the local news offered by your community newspaper, you should be worried.

According to the Poynter Institute, some 2,000 newspapers have shut down in the last 15 years — and that was before the coronavirus pandemic, that has claimed the jobs of 40,000 journalists, creating news deserts in many parts of the country.

For centuries, newspapers have existed and even thrived on the capitalist model. But then again, for centuries, there were never trillion-dollar behemoths like Facebook and Google, consuming everything in its path without even giving the neighborhoods we love a second look.

Financially, newspapers simply can’t compete. But then again, when it comes to stories about your neighborhood and what matters to you, Facebook and Google can’t compete. Yet nothing can defeat cash, and these California-based corporations are swimming in it.

Newspapers may have a new weapon, however. And it’s come in the form of two members of the U.S. House of Representatives from opposing parties: Arizona Democrat Ann Kirkpatrick and Washington Republican Dan Newhouse.

They have introduced H.R. 7640, better known as the Local Journalism Sustainability Act.

And it’s a bill that recognizes the three most important factors to keeping local journalism alive in a community — the newspaper itself, its advertisers, and of course, you.

Advertisers who employ fewer than 1,000 people could see similar benefits, having a chance to write off $5,000 in newspaper advertising in the first year, and $2,500 in the next four years.

Finally, newspapers will be encouraged to keep the reporters they have — and hire even more — with a refundable tax credit of up to $25,000 in the first year, and $15,000 in the subsequent four years.

Facebook and Google have a lot of power in Washington, with so many lobbyists they’d need a fleet of limousines to get them around. Newspapers are lucky if they have one — antitrust laws making it near impossible for newspapers to band together to even try to level the playing field.

That’s why H.R. 7640 is so important. But it won’t get anywhere without your help.

As of Friday, only one New York congressman has signed on as a co-sponsor — U.S. Rep. Thomas Suozzi of Huntington. We need more. There are hundreds of bills Congress will take on before the end of the year, and we need the Local Journalism Sustainability Act to be right there on top. The more co-sponsors sign on, the better its chances.

Go to House.gov and seek out every member of Congress you can find, and tell them you’ll settle for nothing less than protecting local news.

Journalists were the only trade specifically mentioned by our Founding Fathers in the U.S. Constitution, and that wasn’t an accident. Protect the institution so important, it’s the very First Amendment. Keep newspapers sustainable.