Cleaning overgrowth like that near Riverdale and Greystone avenues left to property owners, and some uncertainty 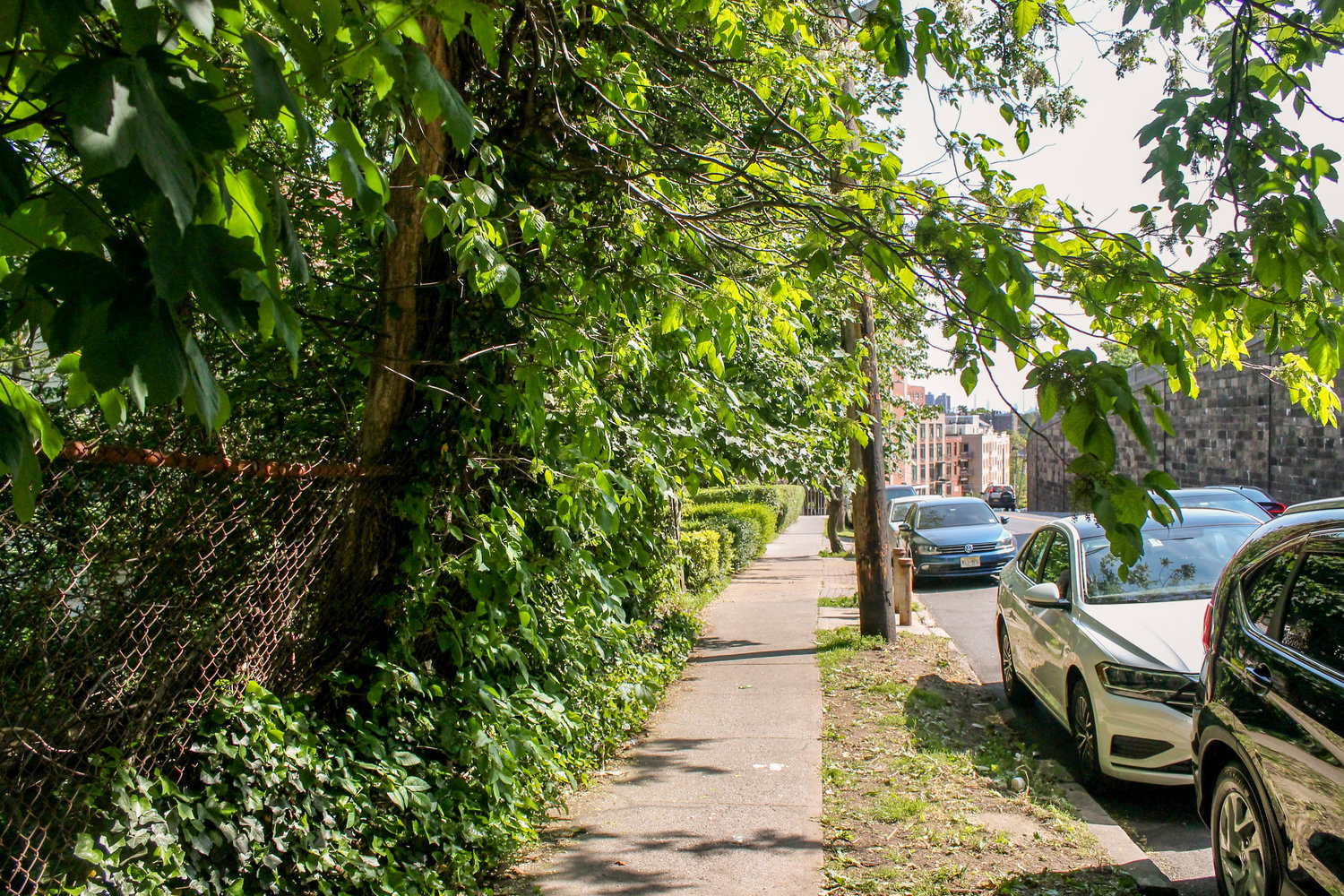 Poison ivy dangles overhead and is lined up along the chain-link fence and tree on the sidewalk south of the Riverdale and Greystone avenues intersection. Because of it, passersby need to walk with caution or risk contracting a rash.
BRENDAN O’SULLIVAN 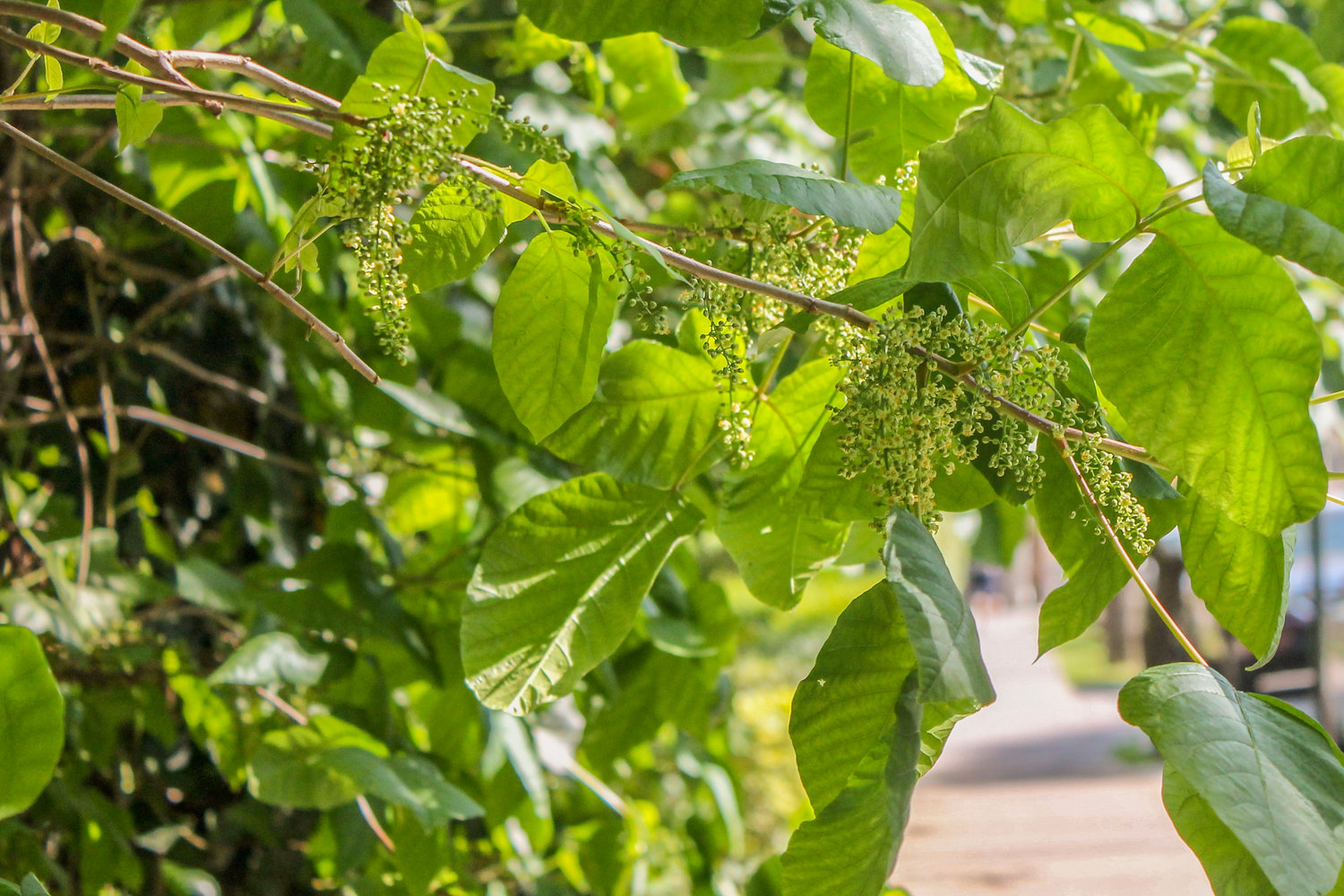 Poison ivy can cause a rash for anyone touching it. Sura Jeselsohn, a gardener from Spuyten Duyvil, knows all about that. A rash for her lasted three weeks when she was younger, and now she tries to steer clear of anywhere poison ivy might crop up in the city.
BRENDAN O’SULLIVAN 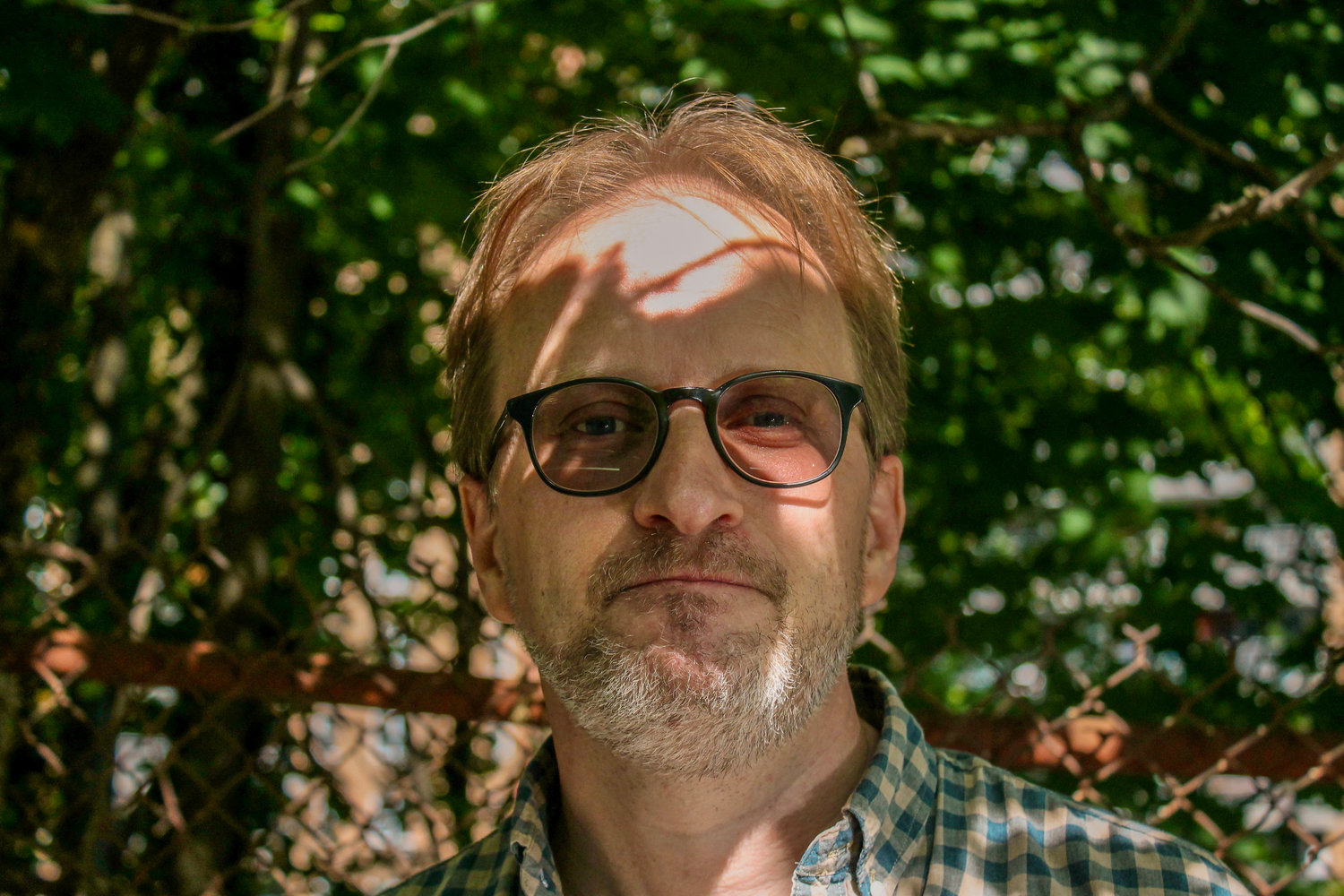 David Keck initially saw this poison ivy growth on the sidewalk south of the Riverdale and Greystone avenues intersection a few years ago after a couple pointed it out to him and his daughter. Since then, he’s tried reporting it to 311 several times, but the ivy remains.
BRENDAN O’SULLIVAN
Previous Next
By BRENDAN O’SULLIVAN

Imagine walking along Riverdale Avenue, enjoying the warm spring weather, only to be struck in the face by dangling plants.

It might seem innocuous at first, that is until you wake up the next morning scratching a large rash on your face.

Besides trees, the plant is one of the most common found in forests. And it can easily find its way almost anywhere even a small amount of soil can be found, encouraged by New York’s mild winters and damp springs.

And right now, poison ivy is a reality for those living just south of where Riverdale and Greystone avenues meet. There, the weed has grown so tall, it creates a poisonous canopy over the walkway, which might create great shade, but not so great after-effects.

“I have no idea how many people get (smacked) across the face and never know, and then wonder at the end of the week where they got this sudden rash,” said David Keck, who lives near the intersection.

The ivy also layers a chain-link fence and nearby tree, in perfect position to make contact with the skin of any passer-by, whether they’re tall or short.

And for people that don’t know, even slightly touching poison ivy can cause a rash.

“Poison ivy is horrifically dangerous,” said Sura Jeselsohn, a Spuyten Duyvil gardener who has written about poison ivy in her Green Scene column published in The Riverdale Press.

“As a child, I once had it for three solid weeks, and I’ve got to tell you: Hell has nothing compared to that. It just crawled all over me.”

Keck first became aware of the poison ivy-riddled sidewalk a few years ago when a couple walking past him and his daughter pointed it out and warned them to be careful.

Keck did exactly what he thought a good neighbor should do: Report the weeds to 311. But every spring, Keck makes his way down the sidewalk on a nice sunny day, and every spring, there is the ivy.

“It is in a funny patch of ground along the top of the cliff,” Keck said. “There’s a whole string of slightly wild woodland, and it’s pretty neglected.

“I’m not sure who owns it. So, if it was on park property, I imagine the city would fix it. But as it is, it’s even hard to tell them a street address.”

The sidewalks are managed by the city’s transportation department, but a spokesman for the agency said clearing the poison ivy was not DOT’s responsibility. Instead, it should be addressed by the property owner.

Frustrated, Keck turned to Twitter, tagging a number of local electeds like Councilman Eric Dinowitz to a picture of the menacing poison ivy growth, but there hasn’t been much luck there, either.

The situation may seem small and Keck understands it can be overlooked, but that doesn’t mean it shouldn’t be handled appropriately.

“Eventually, when you see kids in strollers and all sorts of people going up the hill right through this mess,” he said, I “feel like something eventually has to be done.”

There’s two ways to eradicate poison ivy, Jeselsohn said. The first is to extract the weeds by the roots. If there isn’t a lot of ivy, a gardener can protect their arms with plastic sleeves. But if it’s a lot, dig out the hazmat suit.

Whether it’s a little or a lot, once the ivy has been pulled, Jeselsohn recommends immediately removing all clothing and throwing it straight into the wash. Then wash the skin well with dishwashing liquid before hopping into the shower.

But there are easier ways to get rid of the week, Jeselsohn said: herbicide. Whether it’s an option or not, however, depends on whether local laws allow it. The city council here, for instance, recently banned pesticides and herbicides, meaning that might not help with ridding New York City of poison ivy.

“So, in my opinion, you desperately need” herbicides, Jeselsohn said. “Unless you have a large work force who’s willing to put their personal comfort on the line, because you can’t be sure you’ve not accidentally exposed yourself until all of a sudden that rash comes out.”

Whatever you do, Jeselsohn warns, don’t burn it. That causes the urushiol oil to evaporate into the air, which is toxic to inhale.

The challenge to remove poison ivy becomes much more difficult in areas where it’s common — like in Keck’s part of Riverdale.

Jeselsohn also credits the “green space” for the abundance of the weed.

“I was horrified the last time I was down” at Riverdale Park, she said. It “was practically wall-to-wall poison ivy. And you get that when you don’t tackle the problem.”

The ivy is “extremely widespread,” Jeselsohn added, and many still do not know when they come into contact with it.

“It’s a public health disaster. And more people are going to be sorry they went outside.”