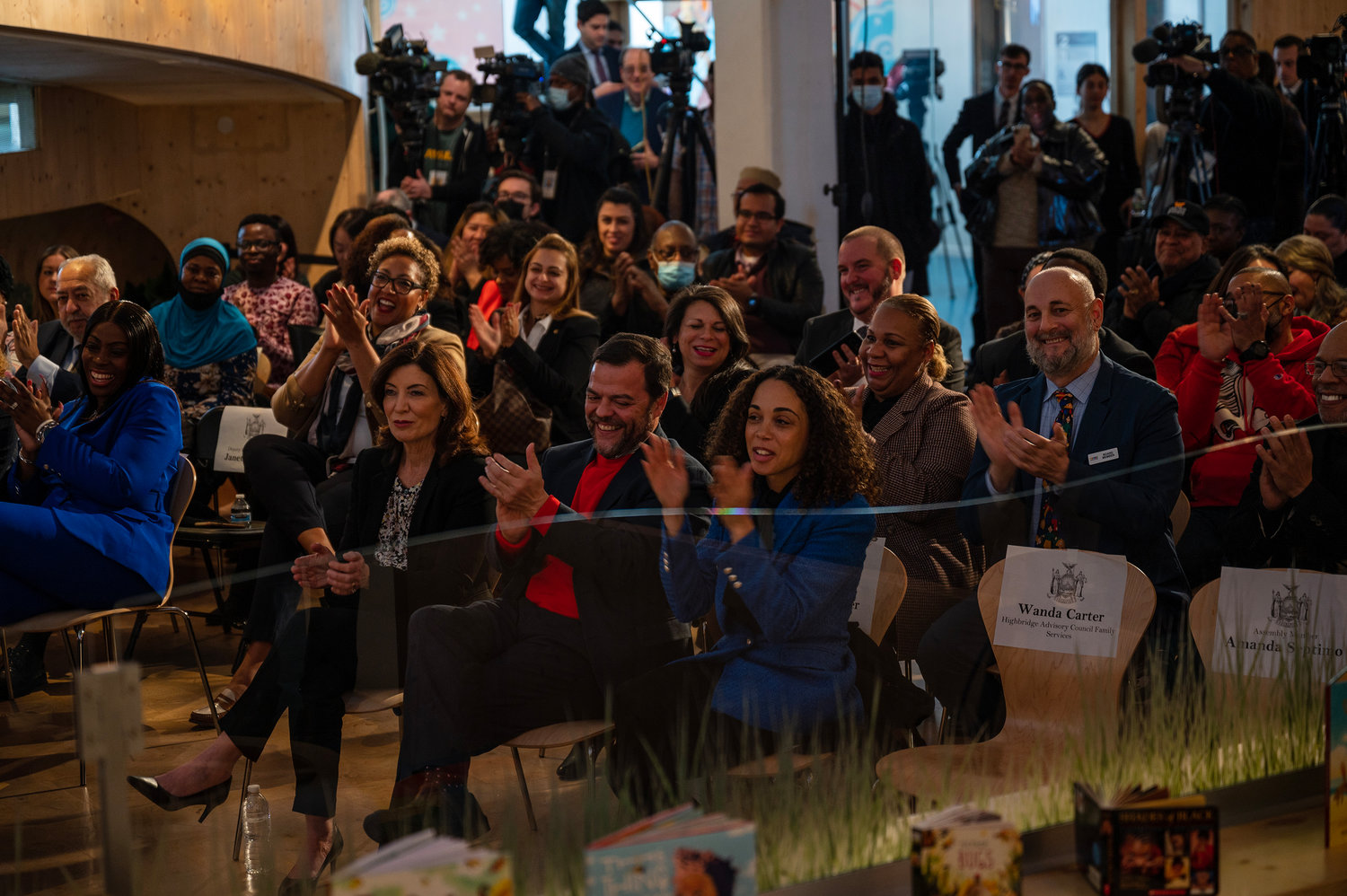 Gov. Kathy Hochul and other Bronx leadership at the Bronx Children’s Museum on Jan. 11 listen and react to Wanda Carter, chief operating officer for Highbridge Advisory Council. The event was held a day after the governor gave her annual State of the State address, where she focused on children’s programs and schools among many other things.
Hiram Alejandro Durán 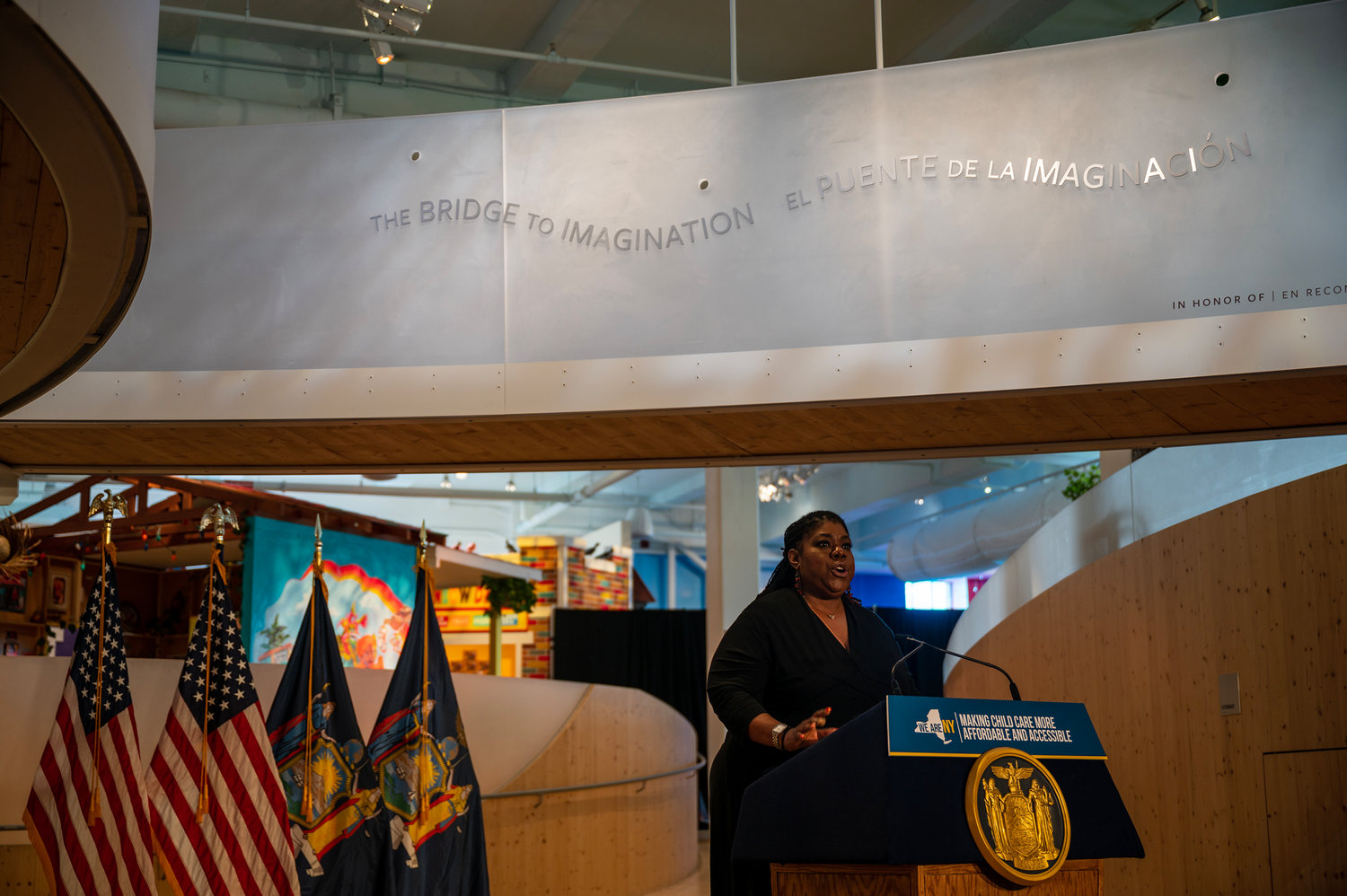