A summer of community action for young teens 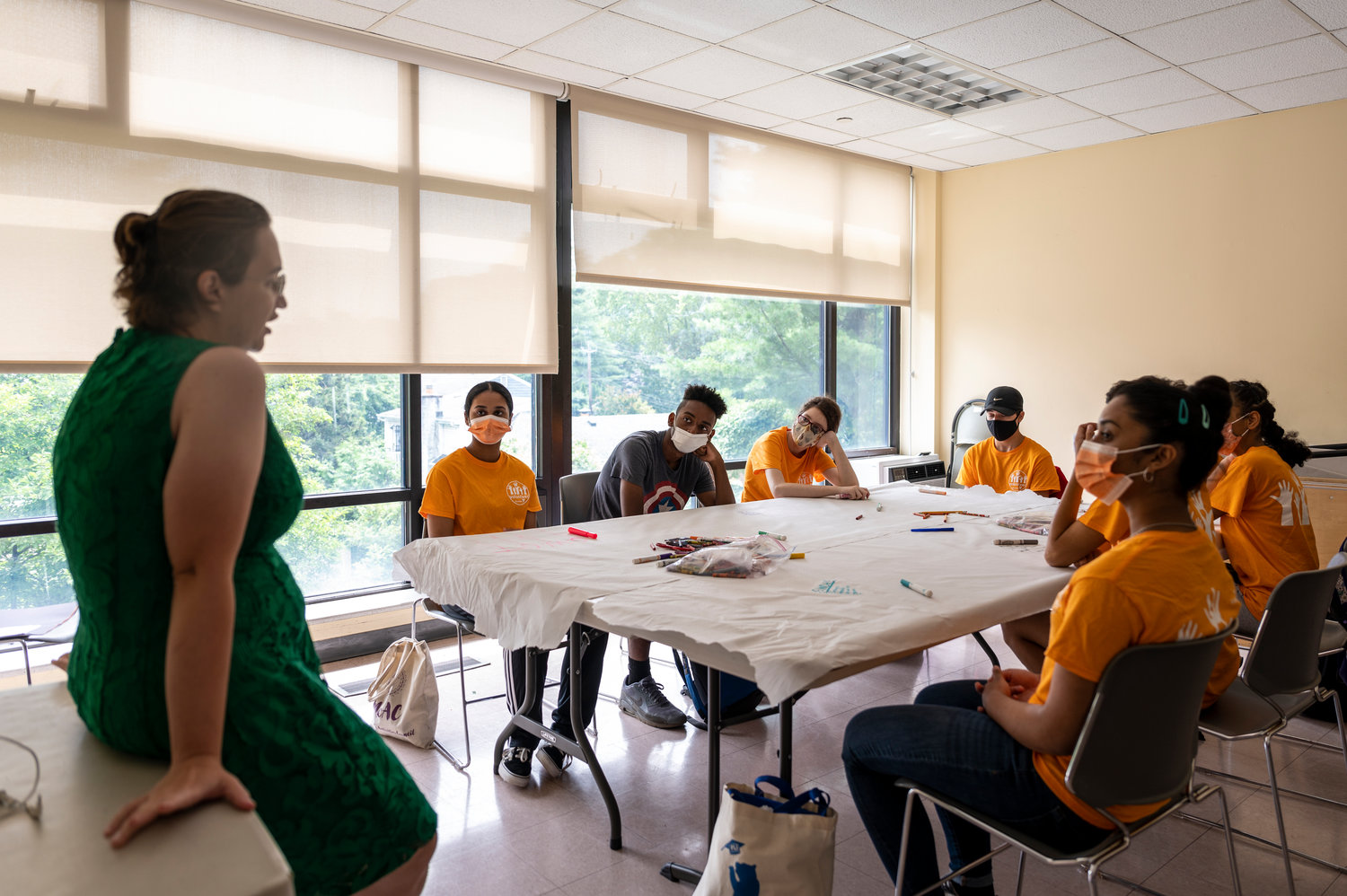 The Riverdale Y launched a new internship for younger teenagers focusing on solving community problems. One of the leaders, Alexandra Nyashina, helps guide the interns on their major summer project.
HIRAM ALEJANDRO DURÃN 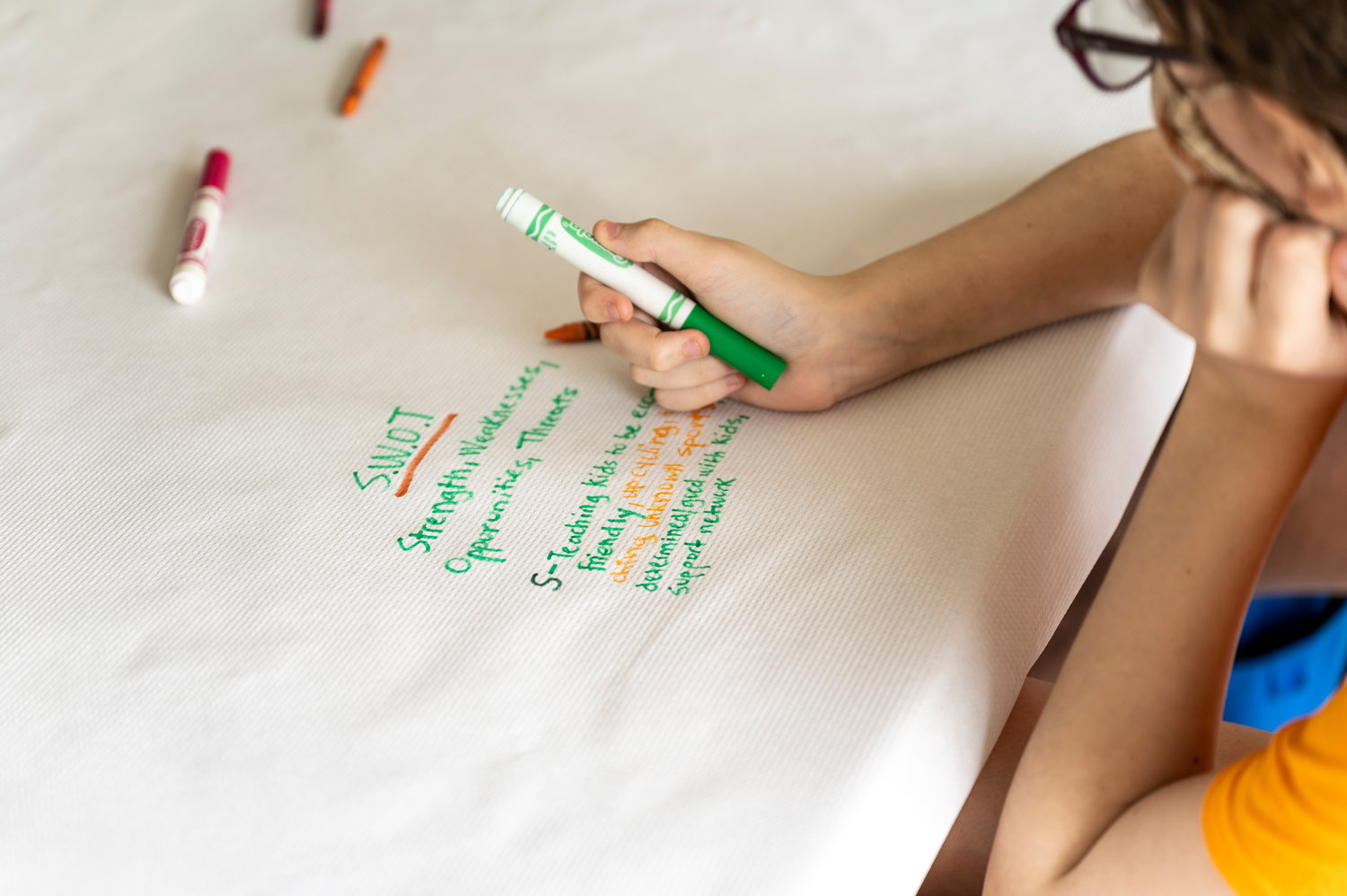 The internship team at The Riverdale Y is split into two sessions. The first focuses on identifying community needs and planning solutions, while the second has its sights on implementing the solution. The interns expect to learn life skills with these projects such as financial management and listening to others.
HIRAM ALEJANDRO DURÃN 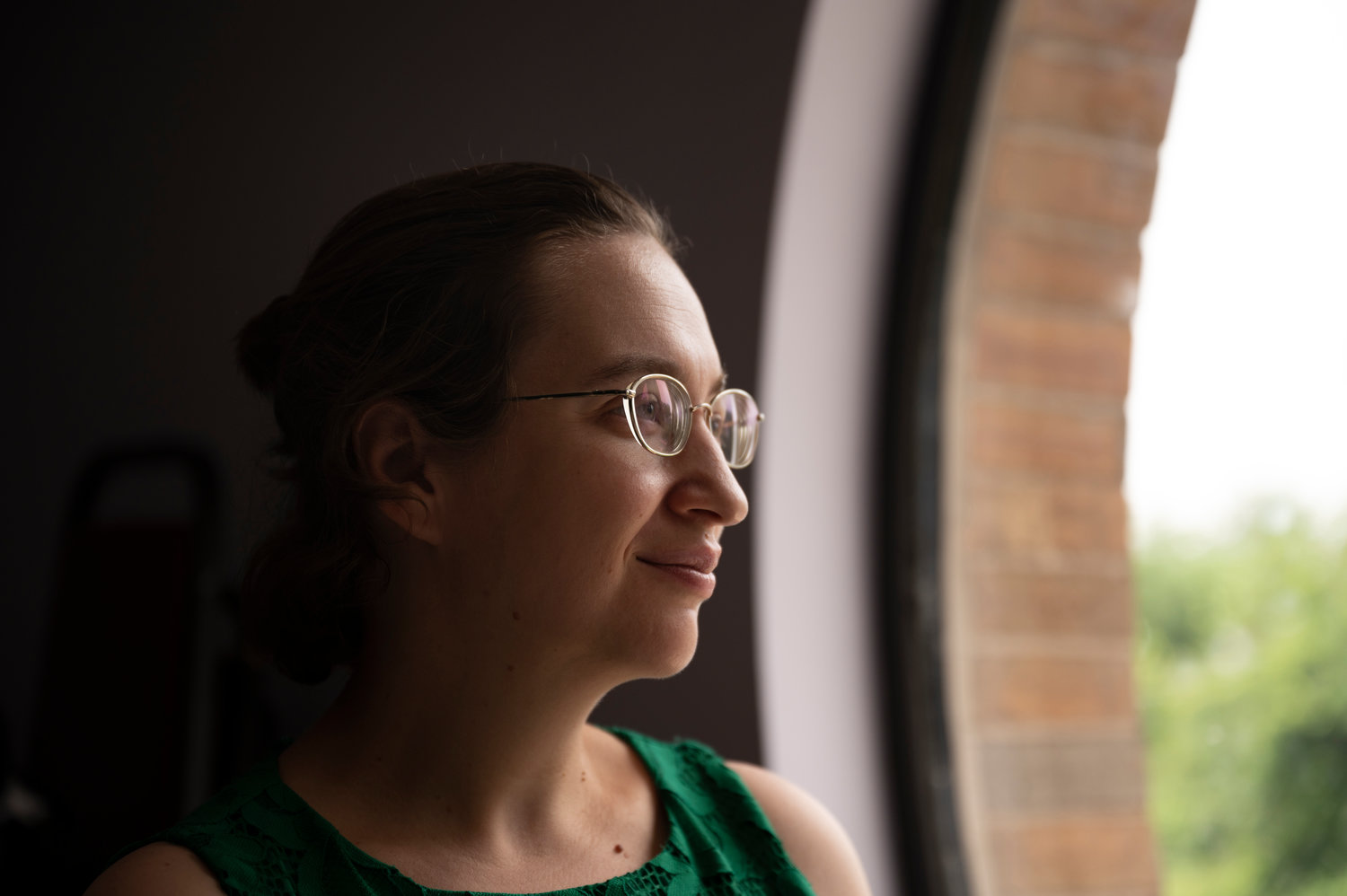 Alexandra Nyashina is one of two leaders — with Shira Silverman — of The Riverdale Y summer internship. They created the program earlier this year, allowing the young teenagers to make what they call ‘executive decisions,’ giving them valuable hands-on experience.
HIRAM ALEJANDRO DURÃN
Previous Next
By BRENDAN O’SULLIVAN

Many internships are reserved for college students seeking experience for future job opportunities. Some even are open for juniors and seniors in high school.

But how about those who have yet to reach upperclassmen status? They’ll tell you they are just as passionate and want hands-on experience, too, only to find out in the end they’ve been turned away due to their age.

But not at The Riverdale Y. The Arlington Avenue facility has launched a new internship program designed not for college students, or even high school seniors. Instead, it’s for energetic boys and girls between 14 and 16.

“The idea sparked (with) just two friends talking about the fact that we have the summer coming up and (we wished) we’d have more teens under our roof,” said Alexandra Nyashina, the internship program’s administrator who also doubles as The Y’s volunteer services director.

Nyashina created the program with Y colleague Shira Silverman, splitting it into two sessions, each running five hours a day, four days a week for three weeks. The first focuses on researching community needs. The second implements that research to achieve the solution.

While the sessions have different central focuses, both incorporate two consistent goals, Nyashina said:  Learning life skills such as financial management, mental health and listening to each other, but also assessing different needs within neighborhoods.

“We have everybody here — different races, different religions — and we all have a specific need. Our goal is to find one need that is similar to every community that we represent and address it. That’s what it’s all about.”

The idea behind implementing projects that can make communities a better place is key to why Jordan Schwartz applied for the internship program in the first place.

“I feel like there’s a lot of community needs that a lot of people aren’t necessarily actively trying to solve,” he said. “I feel like if we have access to it, then it should be something that we try to if we can.”

Other interns like Nowshin Shah and Julian Pozo-Schmidt agreed. They each believe it’s important to help others, and accomplishing that requires some good thinking, and a lot of action.

These three were part of The Y’s first session, meaning much of what they’re contributing is the creation of a social entrepreneur project. Their work was then presented to the next group of interns in a “Shark Tank”-type setting.

Volunteers come to speak to the interns throughout the summer, and serve as the “sharks” — those who will evaluate the ideas, and see how they can be implemented. They give feedback on what is primarily a teen-managed project.

“This internship is completely led by” the teens, Nyashina said. “The adults facilitate. They help answer questions, but that’s it.”

While social entrepreneurship is the main focus of the program, it’s just one of many activities the interns take part in.

For example, Marc de Konkoly Thege — a worker owner at Mi Oh My Hydroponic Farms — visited The Y to pitch his idea of growing mushrooms with recycled coffee from Moss Café along with straw from the local horse stables.

“We had Marc pitch them the idea, so that they had the experience of being pitched an idea, and also have an example of what a pitch would be,” Silverman said.

Along with every pitch there’s a decision to be made, and the interns had the opportunity to accept or deny it. Ultimately, in this particular case, they accepted, so it served as a side task they had to find time for each week.

Although it may be growing mushrooms, Silverman says the project teaches more than just gardening tips.

“The mushrooms serve all sorts of roles,” she said. Growing them is “a fun activity to do, number one. But also, as an example of an idea that Marc had and how he’s carrying it through.”

This particular project will only take about three hours per week, Nyashina said, so the interns will have plenty of time to listen to other speakers, consider more pitches, and work on other side projects — one of which was making artwork for lower-income children.

Helping kids is exactly what attracted Shah to the program. Yet, lighting up young faces can’t continue forever. And neither can the internship.

However, the lessons learned over the course of the program can be everlasting. Both Nyashina and Silverman hope the interns take home with them plenty of knowledge.

“They are an amazing group,” Silverman said. “They are some of the politest people I’ve ever met of any age. And they’re engaged. That’s one of the other great things: They are really engaged.”