A sweet good-bye to Betty 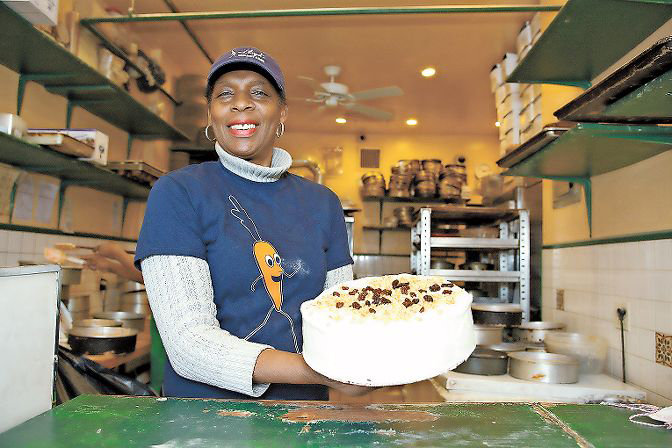 Betty Campbell-Adams celebrated the 30th anniversary of Lloyd’s Carrot Cake back in 2016 with — well, a carrot cake. Campbell-Adams, who continued to lead the popular Broadway business for 15 years after her husband’s death, died Friday.
NAOMI VAUGHAN / File 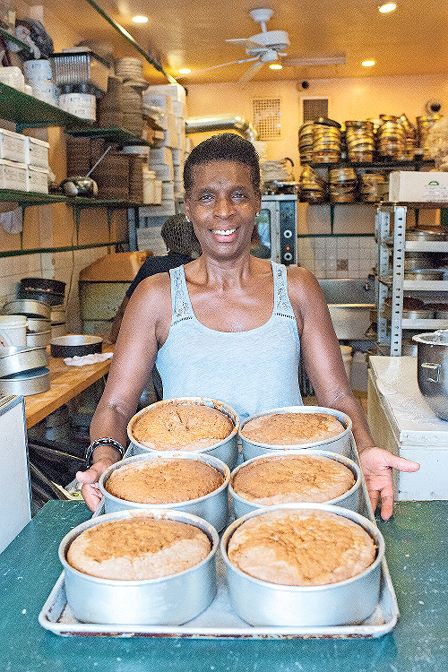 Although she was usually quite busy with many of her charitable pursuits, Betty Campbell-Adams could never stay out of the kitchen, ready to whip up something sweet at Lloyd’s Carrot Cake. Campbell-Adams died Friday.
ADRIAN FUSSELL / File
Previous Next
By MICHAEL HINMAN

Lloyd’s Carrot Cake makes one of the most treasured sweet treats found in New York City. But nothing was as sweet as the woman who kept the legacy strong all these years: Betty Campbell-Adams.

The woman who co-founded the business in an East Harlem apartment she shared with her husband died Friday. She was, according to reports, 65.

“We are deeply saddened to share the news of the sudden passing of our beloved leader, Betty Campbell-Adams,” according to a statement posted late Friday evening on Lloyd’s Carrot Cake’s Facebook page. “She was a phenomenal woman, and her commitment to serve was unmatched. This was epitomized by the community that loved her so much.”

Lloyd’s Carrot Cake moved out of the apartment Betty and Lloyd shared and into a small storefront on Broadway, just across from Van Cortlandt Park, in the mid-1980s. Intended to serve commercial customers initially, it was hard for those living and working around that bakery to not sense the amazing fragrances emanating from the ovens. Before long, Lloyd’s began selling cakes — and slices — to anyone walking in.

Lloyd died in 2007, but Campbell-Adams continued his legacy, herself becoming synonymous with dessert. Lines would form outside its 6087 Broadway location when Thanksgiving and the Christmas seasons rolled around, and Lloyd’s Lexington Avenue store in East Harlem would stay equally as busy.

But Campbell-Adams did more than simply sweeten many a meal throughout the city. She also was the longtime marketing director for Time-Warner Cable in New York, helping to launch such products as video-on-demand and pay-per-view before such offerings were household phrases.

She also spent a lot of time giving back, with groups like the Child Welfare Organizing Project, as well as a group that gathers to protect wildlife in New York City, Wild Metro.

Campbell-Adams also was the board treasurer for the Kingsbridge Riverdale Van Cortlandt Development Corp., which released a statement over the weekend saying how the “gracious and generous” entrepreneur “will be missed so much by all of us. We are heartbroken by the news.”

While Lloyd’s had two homes in two different boroughs, the North Riverdale location was one Campbell-Adams always seemed to enjoy coming back to. In fact, she told BronxNet host Gary Axelbank last summer that she considered Lloyd’s more than just a business across the street from Van Cortlandt Park.

In fact, Campbell-Adams said she made it her mission to always ensure she was giving back to the community in the same way the community gave to her.

It was that mission to the community that had her working with Bronx borough president Ruben Diaz Jr., a lot.

“Betty was passionately committed to the Bronx,” Diaz tweeted Friday night. She “was always ready to share her nationally recognized carrot cakes at our events. I am deeply saddened by the passing of Betty Campbell-Adams.”

Lloyd’s Carrot Cake closed its doors last Sunday in memory of Campbell-Adams, with employees there saying they were touched by the outpouring of condolences from the community.

“She was a phenomenal woman, and her commitment to serve was unmatched,” according to a statement posted on the company’s website. “This was epitomized by the community that loved her so much.”

Campbell-Adams is survived by her two children, Brandon and Lilka.