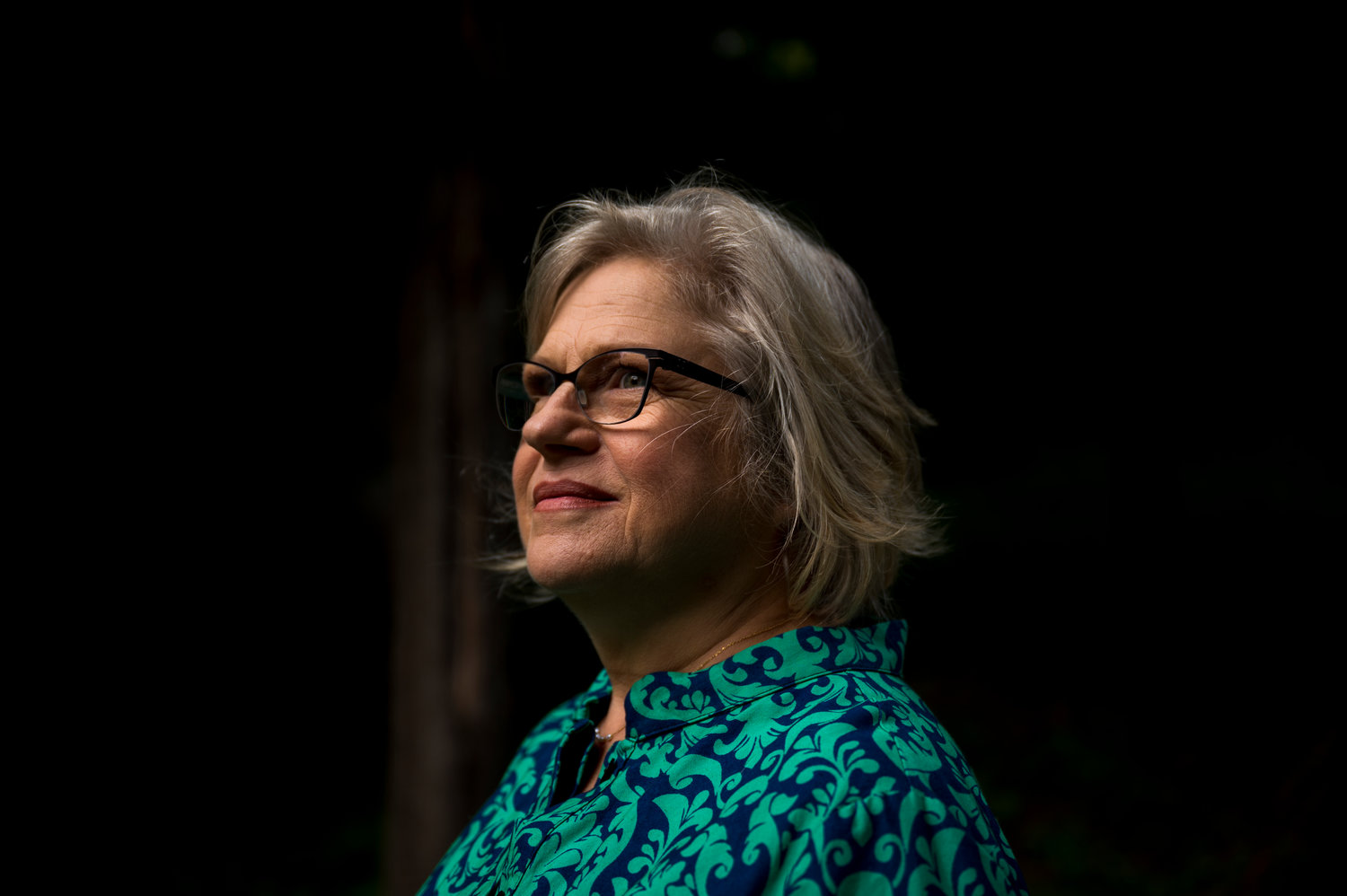 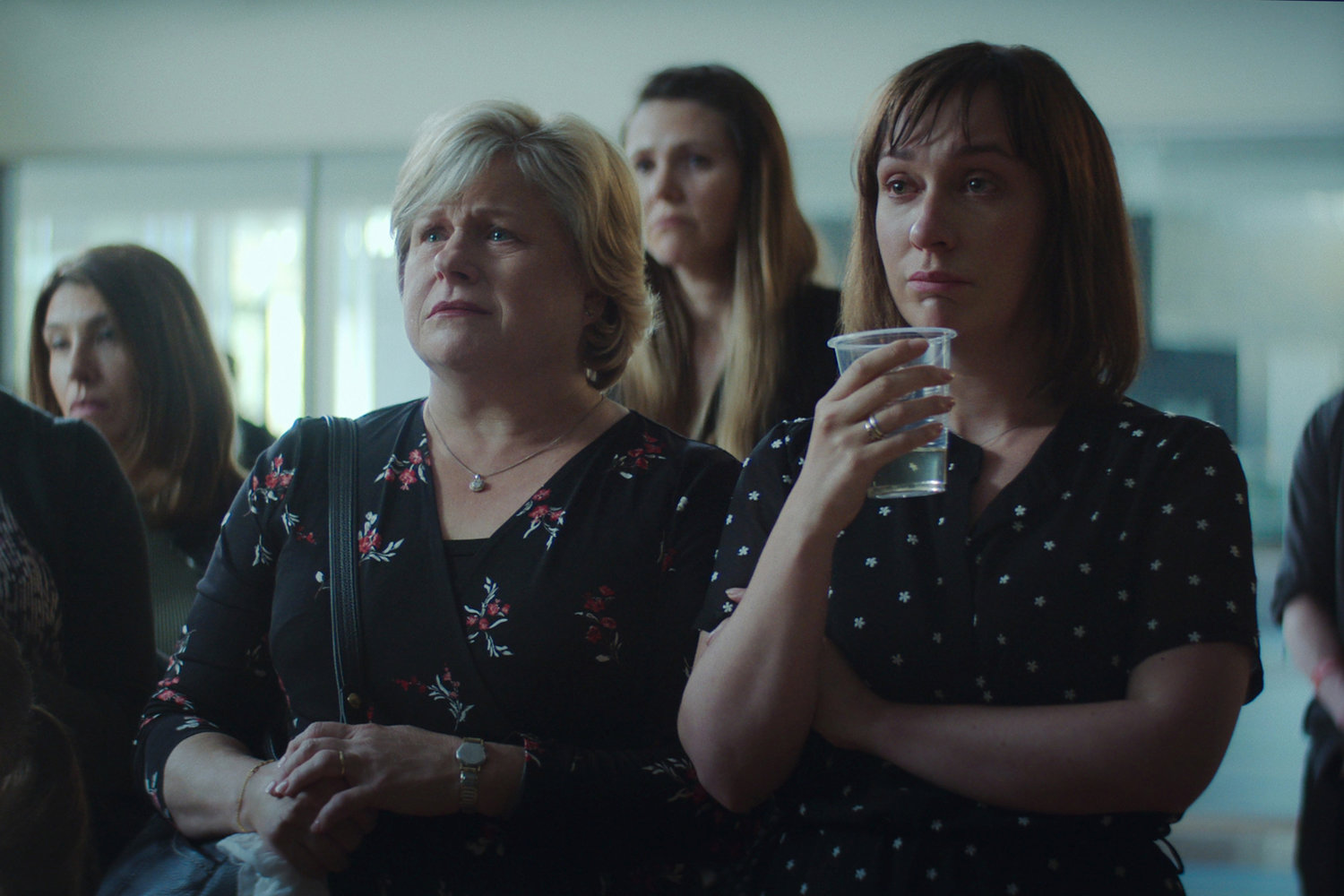 She (Dawn Gleed) is very much online. She is very interested in other people and other lives than her own. And imagines — as it’s challenging for anyone not to — that other people’s lives are far more interesting. Other people are far more valued. And so, she’s living in a state of frustration and feelings of unfulfillment that I think are not uncommon to anyone.”
BECCA LISH
By ETHAN STARK-MILLER

Becca Lish never could have predicted how popular her latest project would become.

She’s part of an ensemble cast starring in “Clickbait,” a mystery limited television series that didn’t necessarily get a lot of fanfare before dropping on Netflix late last month, but since has become one of the streaming service’s most well-watched shows this year.

“I’m glad that it’s so popular,” Lish said. “It kind of took me by surprise. It seems to me unusual, and I certainly didn’t expect it. But it’s great.”

Lish has spent the past 30 years living in Spuyten Duyvil with her husband, pediatrician Andrew Mutnick, where they raised their two children. Closer to home, she’s more known for her political activism as one of the founders of the IDC Action Group, which played a major role in Alessandra Biaggi’s 2018 state senate victory.

But right now, Netflix subscribers can find Lish as Dawn Gleed — an administrative manager many turn to for help — “Clickbait,” a series the Nielsen television audience measurement company says is the most-watched streaming show over the past month.

“Clickbait” focuses on seemingly normal family man Nick Brewer — played by “Entourage” star Adrian Grenier — who mysteriously disappears one morning. He resurfaces a short time later, looking badly beaten in an online video where he holds up a card reading, “I abuse women. At 5 million views I die.”

The rest of the show follows several different characters including not only Brewer’s sister and wife — played by Zoe Kazan and Betty Gabriel respectively — but also one of the key detectives on the case, Roshan Amiri, played by “Stateless” actor Phoenix Raei, all trying to save the husband and father while figuring out the mystery behind his disappearance, and learning some shocking secrets along the way.

Although the character of Dawn Gleed is a few years older than the actor who portrays her and works a very different kind of job, Lish says she has a deep understanding of the character.

“She is very much online,” Lish said. “She is very interested in other people and other lives than her own. And imagines — as it’s challenging for anyone not to — that other people’s lives are far more interesting. Other people are far more valued. And so, she’s living in a state of frustration and feelings of unfulfillment that I think are not uncommon to anyone.”

After spending most of her formative years in San Francisco, Lish moved to the east coast midway through high school. She later graduated with a philosophy degree from Yale University.

Lish spent the better part of a decade focused on theatre, primarily with the Trinity Repertory Company in Rhode Island. In fact, that’s where she met Andrew, a fellow actor with the troupe, who made a transition into medicine in the early 1990s after they moved to New York City and got married.

Lish turned her attention to voice acting, first for television and radio commercials, and then for animated shows like the popular series “Doug” in both its Nickelodeon and ABC Saturday morning cartoon runs.

In more recent years, Lish has found herself in more live-action roles. She’s popped up on a number of acclaimed television series like Netflix’s “Orange is the New Black,” NBC’s “The Blacklist,” and even the short-lived “Murphy Brown” revival.

Lish got her “Clickbait” role simply by doing what she does every day: auditioning.

“The vast majority of work that I do is auditioning,” Lish said. “So, most of my work is unseen and uncompensated. It’s like an iceberg, right? You only see the little bits that poke out above the surface.”

Fortunately for Lish, “Clickbait” ended up being one of those bits that stuck out. The series originally started filming in Melbourne, Australia, in late 2019. Lish was only expecting to make the long journey to the other side of the world three times as production continued. But then there was the coronavirus pandemic.

“When you arrive on location, you have things to do like costume fittings and meetings with the stunt coordinator and the intimacy coordinator, that kind of thing,” Lish said. “The first day that we were going to shoot was March 16. And the producers let us know that NBC Universal had decided to close production down to pause it for two weeks.”

Lish debated whether to stay in Melbourne to wait, but ultimately flew back home. That ended up being the right decision, she said, because “Clickbait” would not go back in front of the cameras for another eight months.

When Lish finally returned late last year, she was immediately confronted by the strict safety measures Australia had implemented to control the pandemic. She quarantined for two weeks in Sydney before being allowed to travel onto Melbourne.

“They are quite serious about their quarantines in Australia,” Lish said. “You’re in a hotel room by yourself with a closed door, and there’s a guard outside the door. You cannot step outside.”

The pandemic even changed the experience of being on set. In past productions, being a part of a cast was usually a very familial experience, Lish said. She would get to know her co-stars on an intimate level because they spent so much time together — like at mealtimes, or in hair and makeup sessions.

But safety protocols made it much harder to bond as the cast spent much of their remaining time in isolation.

“It was a weird feeling of being engaged in intimate contact with people that you didn’t really get to know at all,” Lish said. “They were perfectly lovely people. But we didn’t do anything together other than what we did on camera. There was no larger experience.”

But even without that familial bond, Lish said, “Clickbait” was one of her most impactful experiences on camera.

“I feel pretty proud of the work that I did on this,” Lish said. “And it was a pleasure to see how it all fit together. If this is the last job I ever have, I’m happy. But I certainly would like to keep working until I fall over while doing it.”