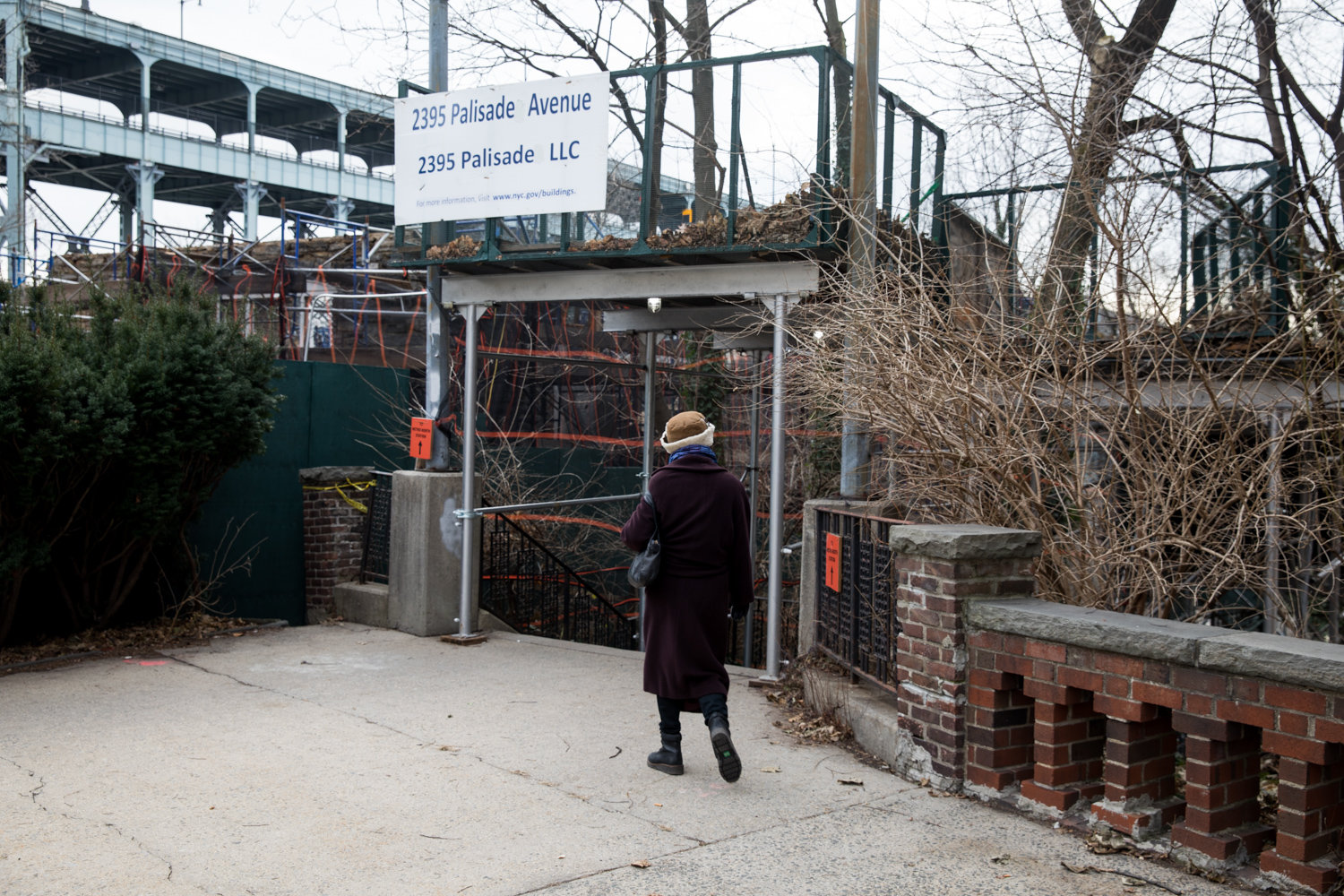 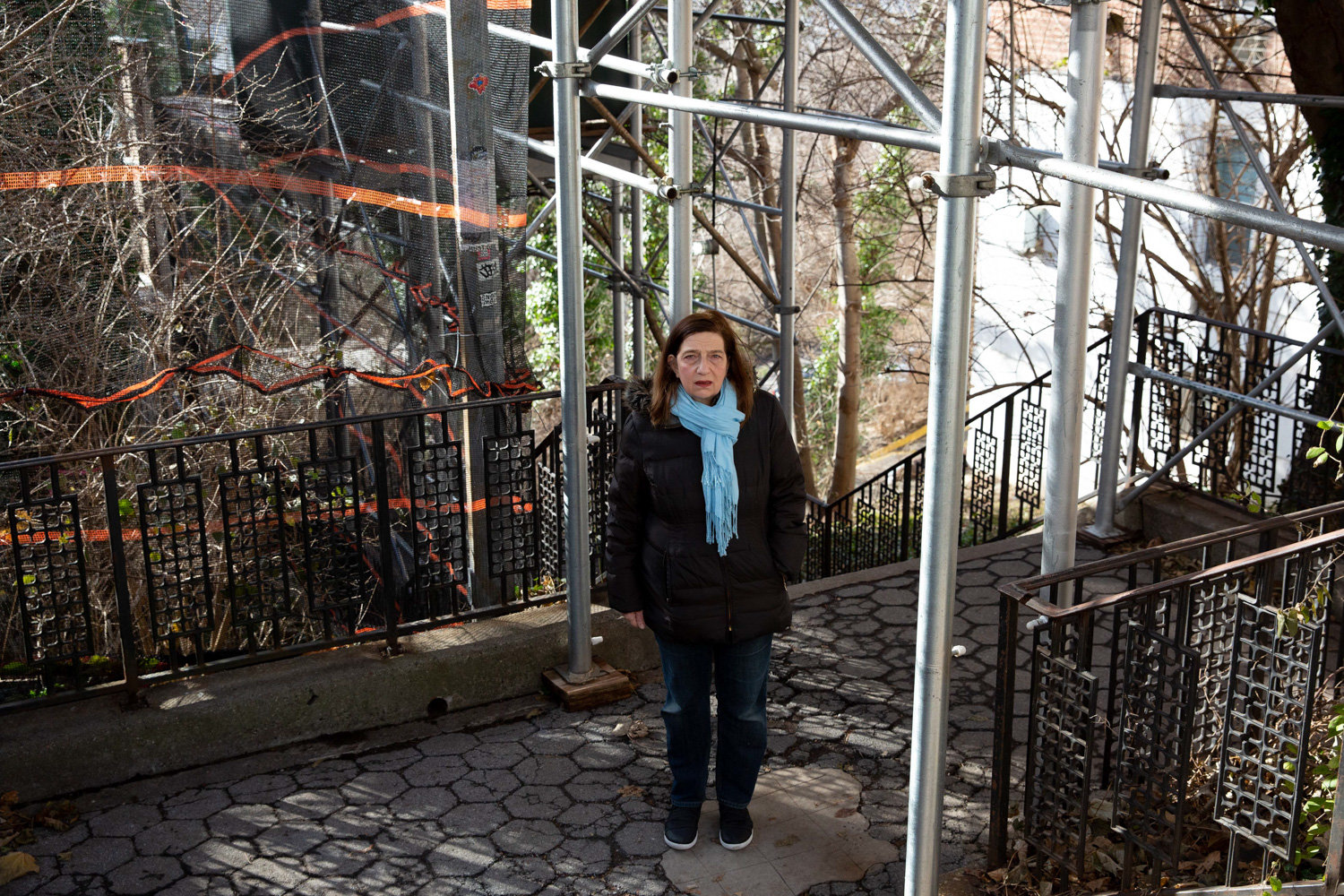 While the Villa Rosa Bonheur’s fate may be sealed, community activist Stephanie Coggins wants its memory to live on. She started a petition to help get Bradley Terrace, the step street parallel to the Villa Rosa, co-named for the building and its architect John J. McKelvey Sr.
EIAN KANTOR 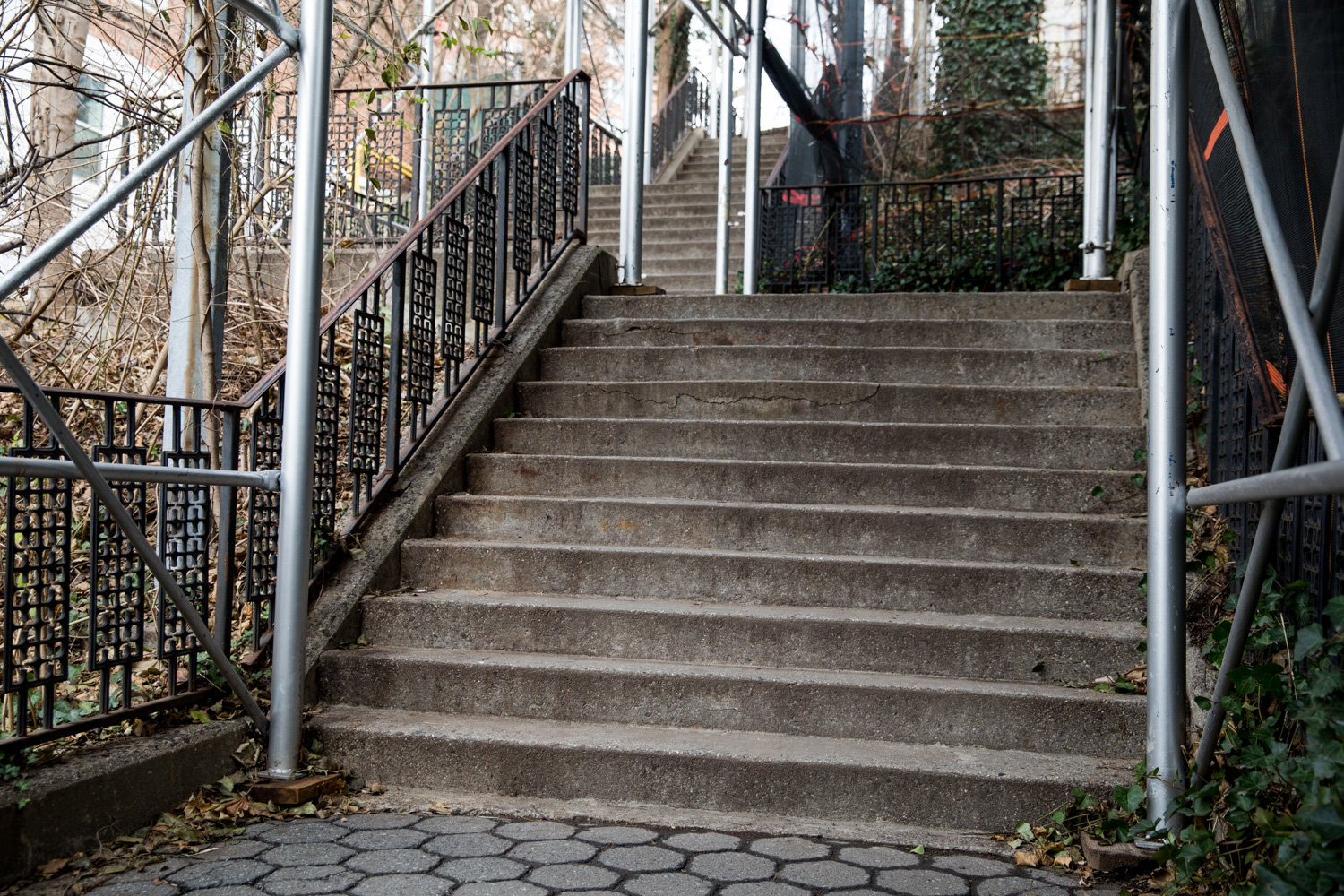 Should community activist Stephanie Coggins be successful, Bradley Terrace, the step street that runs parallel to the doomed Villa Rosa Bonheur, will be co-named for the historic apartment building and its architect John J. McKelvey Sr.
JULIUS CONSTANTINE MOTAL 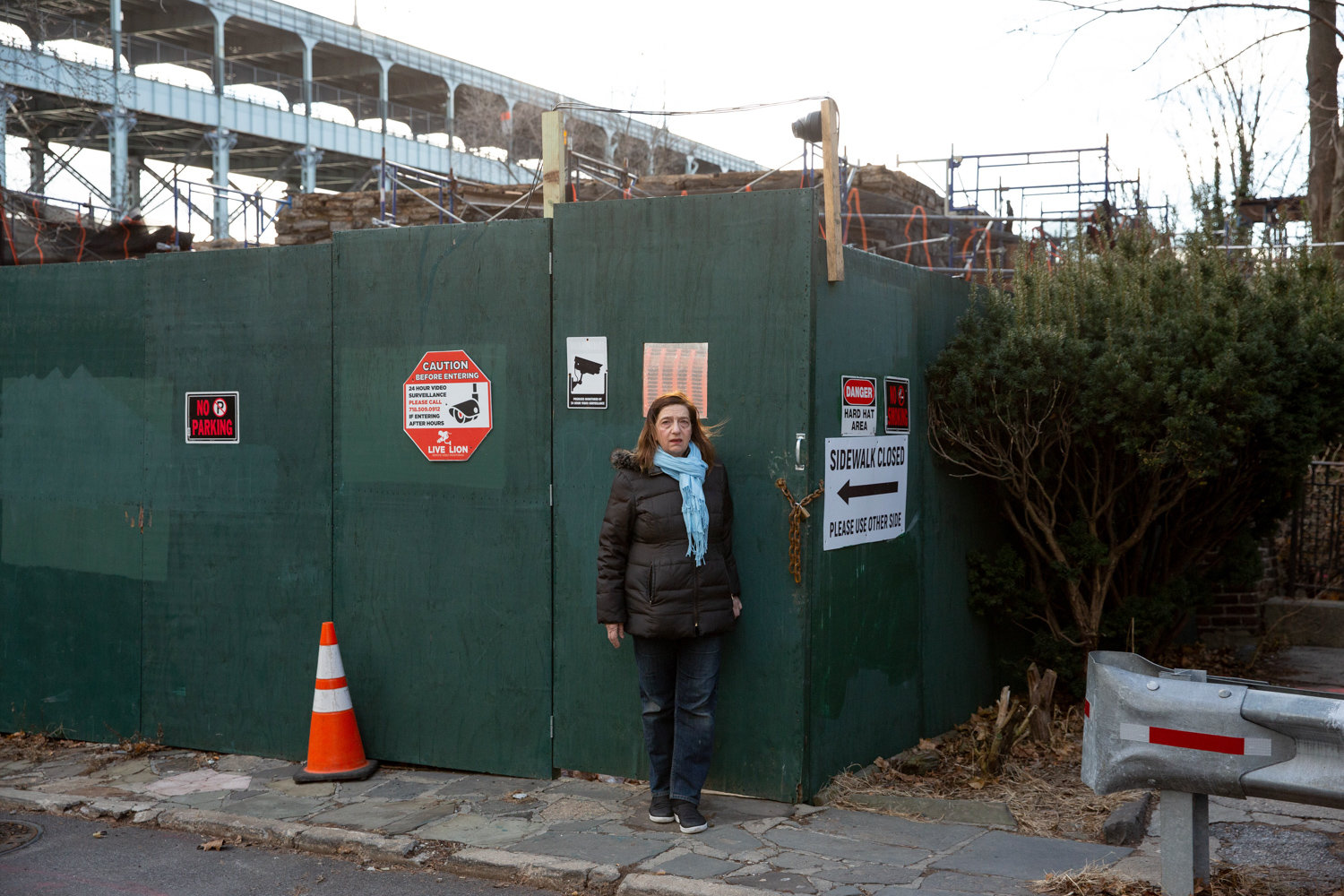 Stephanie Coggins and her neighbors fought diligently to save the Villa Rosa Bonheur from being demolished, but that effort has not succeeded. Rather, Coggins has retooled her efforts toward getting Bradely Terrace co-named for the building and its architect John J. McKelvey Sr.
EIAN KANTOR
Previous Next
By MICHAEL HINMAN

The battle to save Villa Rosa Bonheur might be lost, but the effort to create a legacy for the one-time Spuyten Duyvil landmark is just beginning.

Next week, the neighborhood’s self-proclaimed “accidental activist,” Stephanie Coggins, will present plans to Community Board 8’s traffic and transportation committee to ceremonially name the Bradley Terrace step street near where the century-old apartment building is being demolished after the man who made it happen.

Coggins wants to see the name of John J. McKelvey Sr., added to the step street, reminding anyone climbing the steps between Palisade and Edsall avenues of the man who believed this small community could rise up once again after much of its 19th century development disappeared.

“I have a lot of frustration about our history in Spuyten Duyvil and Riverdale because we’re losing it,” said Coggins, a longtime resident who spends her days as a paralegal in the city. “With the exception of the Kingsbridge Historical Society doing what they can to keep track of some buildings, people are getting confused, and developers are coming in and they’re ripping down historical homes, and nobody knows what to do about it.”

Coggins was one of several neighbors who banded together last year to try and fight a proposed apartment development where Villa Rosa Bonheur sits at 2395 Palisade Ave.

Original demolition plans called for the building to be gutted, and 11 apartments constructed inside its picturesque shell. Neighbors, however, feared rumors that the entire building was coming down — fears that became a reality when demolition crews started dismantling the roof.

Because of the zoning, however, the Villa Rosa Bonheur property owner can construct a taller, more dense complex as of right, meaning it will have little oversight by city officials.

Not much left remains of the house, but Coggins hopes the 300 or so signatures she’s collected for her petition will get the attention of city officials.

That starts with a presentation at the Jan. 16 traffic and transportation committee meeting, and then efforts to convince Councilman Andrew Cohen to submit such a ceremonial name change to the rest of the council.

Cohen told The Riverdale Press he was aware of Coggins’ efforts, but hasn’t really had a chance to consider her request.

“I’m going to wait until after the community board takes up the issue,” Cohen said.

Street renamings like this don’t actually change the name of the street, but usually provide signage below official names to help honor people. Typically, the city waits two years after someone dies before considering such an homage, but the city council doesn’t have to follow any such rules when it comes to the ceremonial renaming practice.

Even if such rules were to apply here, McKelvey would more than qualify, since he died in 1947.

But Coggins is hoping to stretch those rules a little more by adding Villa Rosa Bonheur to the naming. While it’s not unique for such ceremonial renamings to include places — like last year’s naming of Loeser’s Deli Place in Kingsbridge — it’s still rare.

In the meantime, Coggins wants to spend the little free time she has trying to protect any other historic fixtures in the community, and started by joining the Kingsbridge Historical Society.

“They just don’t have the infrastructure to do what they would like to do to protect these buildings,” Coggins said. “They don’t even have an office space.”

However, efforts like the street renaming might be something she hopes will energize people to pay more attention to the history around them.

Fighting the city isn’t easy, and more often than not results in losses. But Coggins has seen with her own eyes that the “little guy” can indeed win sometimes, especially when it comes to major issues — like last year’s failed proposal to revamp the community’s Special Natural Area District, removing community board oversight from changes to property inside the greenbelt.

“I remember the day I was sitting here at my desk, and I got a call that we had won,” Coggins said. “I was pretty shocked, but we had put in a lot of sustained effort. We knew that what we were doing was right, and that’s what kept us going.

“Preserving our community is right, and that has to keep us going as well. We’re not going to win every battle, but we’re still going to fight.”

Besides the petition signatures, the street co-naming also has support from All Along the Hudson Homeowners Association, Friends of Spuyten Duyvil, the Kingsbridge Historical Society and the Spuyten Duyvil Neighborhood Association.