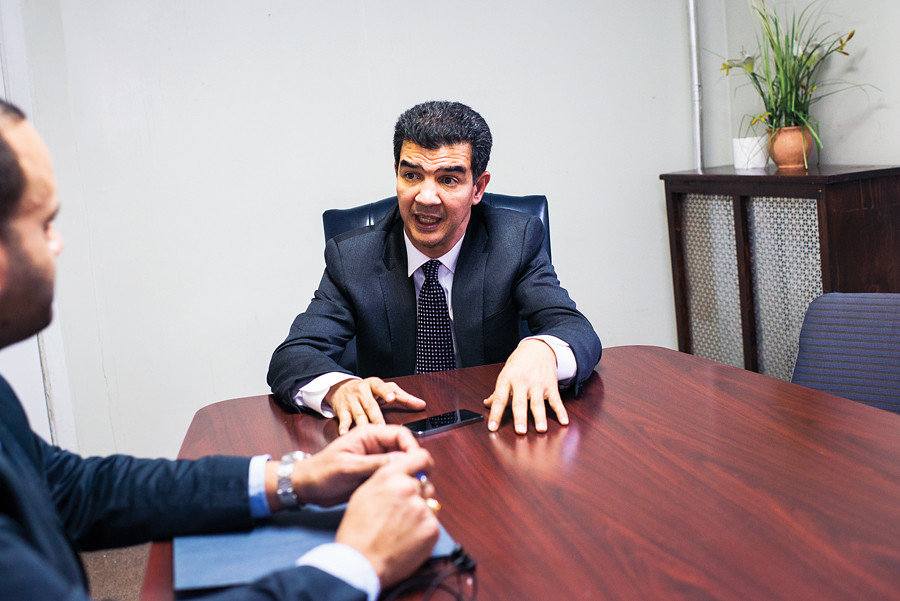 Coucilman Ydanis Rodriguez has been tapped by Mayor-elect Eric Adams to become the city's next transportation commissioner.
ADRIAN FUSSELL / File
By MICHAEL HINMAN

Councilman Ydanis Rodriguez might be leaving his city council seat in just a couple weeks, but he has no plans to leave City Hall anytime soon.

"Our city's transportation system faces major challenges, from surging traffic fatalities to increased congestion on our streets," Adams said, in a release. "We need proven leaders who are ready to roll up their sleeves on Day One and address these issues, with a focus on making transit more equitable and efficient for all New Yorkers."

Rodriguez will succeed Henry Gutman in the top spot, who was appointed by Mayor Bill de Blasio last February after President Joe Biden appointed former commissioner Polly Trottenberg as his deputy secretary of transportation in Washington. Rodriguez would be the first Latino to lead the city's transportation department, according to Adams, and has maintained a transportation focus during his 11 years on the council, including leading its transportation committee.

That includes a push two years ago with Councilwoman Carlina Rivera for de Blasio to create two new departments within his office responsible for both "active transportation" and pedestrians. It was a measure supported by Jon Orcutt at Bike New York, who described DOT as a "proactive force on bike issues. It's all the other agencies that are the problem."

That bill died in committee.

More recently, Rodriguez championed an e-scooter pilot program in the city, focused on areas that are not well-served by transit and other options.

"What we have seen with the expansion of transportation — such as rental electrical cars, Zipcar, Citi Bike — is that we don't have the same percentage of Black and Latino and poor New Yorkers having the resources to get a membership (for) the bike, or being able to rent the electrical car," Rodriguez said at the time.

Rodriguez was born in the Dominican Republic, moving to New York City just after his 18th birthday in the early 1980s. He ran for city council in both 2001 and 2003, before finally winning the seat in 2009, succeeding Miguel Martinez, who later served jail time for stealing more than $100,000 from children's arts programs.

Assemblywoman Carmen De La Rosa is set to succeed Rodriguez on the city council on Jan. 1.

"I will work with the rest of my colleagues in the administration, the city council, advocates, and the private and academic sectors, to carry on our vision of turning New York City into the most pedestrian- and cyclist-friendly city in the nation," Rodriguez said, in a release. "As the next DOT commissioner, I am proud to soon be working alongside the many men and women in the agency who have been committed to improving the safety of our streets. I will continue looking for innovative ways to reduce our reliance on carbon-emitting vehicles, and in its place, build a city that prioritizes sustainability and the safety of pedestrians and cyclists."

Adams also announced Aloysee Heredia Jarmoszuk will continue to lead the city's Taxi & Limousine Commission. de Blasio appointed her to the position at the beginning of 2020, taking a lead role in helping the taxi and ride-hail industry work through the coronavirus pandemic.