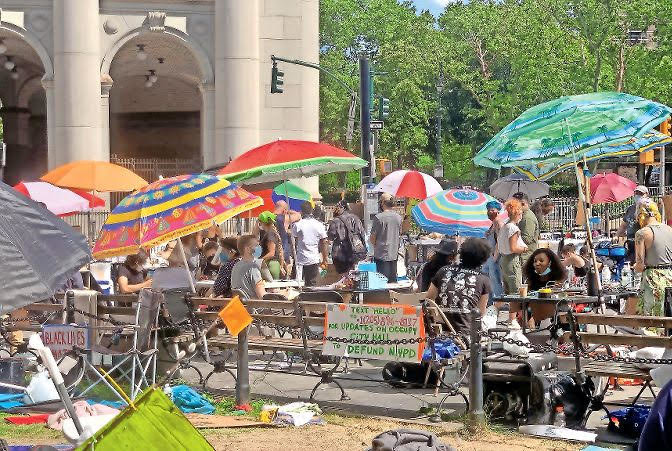 It was one of the most contentious city budget votes in recent history, says Councilman Andrew Cohen, inspiring protesters to camp outside city hall, demanding money be restored to education while slashing funding for the New York Police Department.
ANTHONY CAPOTE / File 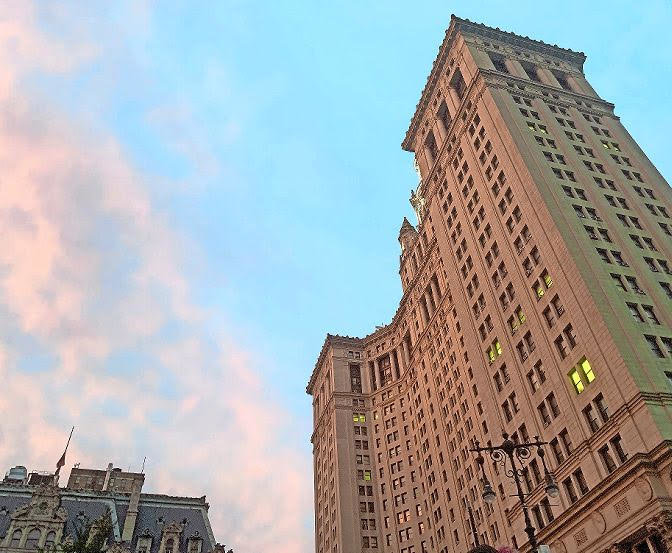 Protesters did get some of what they wanted in the recent city budget negotiations, and summer youth programs found they had some funding at the last minute. While that’s great, Michelle Yanche says she and other organizations are now scrambling to put together programming they thought would be lost.
ANTHONY CAPOTE / File
Previous Next
By KIRSTYN BRENDLEN

It’s an annual process that generally doesn’t get a lot of attention: The city council and Mayor Bill de Blasio negotiate a budget to fund New York City for the next 12 months to the tune of tens of billions of dollars.

In 2020, though, the city found itself in the middle of more than one historic event. The coronavirus pandemic — which has had the city slowed down and, until recently, completely shuttered — has put thousands out of work while draining money from city coffers — money needed to keep many of New York City’s programs continuing for the coming year.

Then, in May, George Floyd died at the hands of police in Minneapolis, prompting what has turned into weeks of nationwide outrage, including daily protests across New York City.

Some of those protests have been met with mass arrests whether they erupted in violence or not, which for those out on the streets only strengthened their rallying cry: Cut funding to the New York Police Department.

It was that demand that drove hundreds of people to protest outside of City Hall for a full seven days leading up to the city council’s recent vote. A week before the budget passed, protesters gathered outside Councilman Andrew Cohen’s Kingsbridge office, asking him to support $1 billion in cuts to the NYPD.

But then again, there are some tactics Cohen could do without, like having his personal cell phone number posted online.

He was flooded with calls from people asking him to vote “no” on the budget.

Yes, this year’s budget is far from perfect, Cohen said. But that was necessary to prevent control of city coffers being transferred to Albany.

While the NYPD is not a perfect institution either, the force is well ahead of its counterparts in other major cities, Cohen said. Big strides have been made toward accountability since he was first elected to the council in 2013.

Focusing on those elements, the council reinstated some funding for the education department and for summer youth programs, which provide care, education and job connections.

“A focus of our conversation has been the need to make sure that we are addressing trauma and that we are putting in place youth development and social and emotional support for young people,” Yanche said. “Both to help them this summer, to have a healthy summer, but also to recover from what has happened over the last three months.”

It’s also important for these young people “to be as ready as possible for the new school year, not to lose more ground.”

With those goals in mind, Yanche said, cutting the budget for schools and summer programs just didn’t make sense.

Although some funding did end up being restored, Good Shepherd and other like organizations across the city are still waiting to find out which of their programs will be impacted by the cuts that did make it through.

“Any time you have a budget that’s passed — it was really midnight on June 30, and goes into effect on July 1 — you are scrambling,” Yanche said.

There are a few reasons for that. First, Good Shepherd hasn’t had time to set up its summer programs, so while administrators there are happy to have funding restored, they’re struggling to put together staff and activities. And while they know some funding has been restored, it’s not yet clear where money will be distributed — meaning organizations might be spending money they won’t be reimbursed for.

Good Shepherd and other programs have been “rattling the cages” to find out when and where cuts will be made, Yanche said, but it appears even city officials aren’t sure since budget negotiations continued until the last minute.

Cohen says he still has discretionary funding to spend, and that might fill some gaps for organizations in need.

Budget negotiations have always been intense, Cohen said, but he and the council have been fortunate to frequently have money to burn. This year, that just wasn’t the case.

“This was not just a normal budget year with a happy ending,” Yanche said. “This was a lot of disruption of people, more than we’ve ever seen in any other year.”