After petition, no word on Barr’s ‘distinguished’ fate 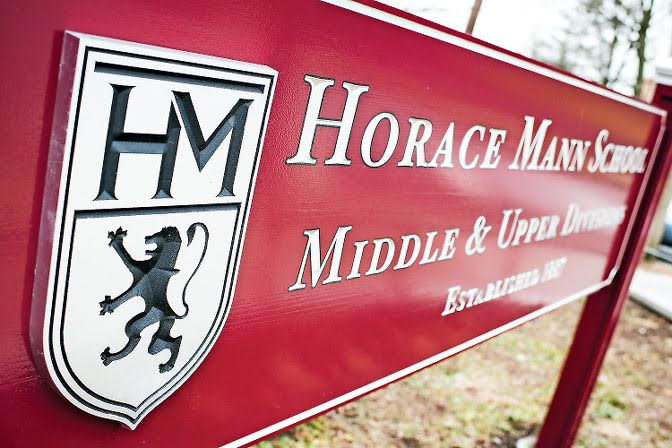 Notable artists, scientists, entertaineers and government officials have received the Horace Mann alumni council's Distinguished Achievement Award. U.S. Attorney General William Barr won the award in 2011, but others at Horace Mann are asking for the council to reconsider his distinction.
ADRIAN FUSSELL / File 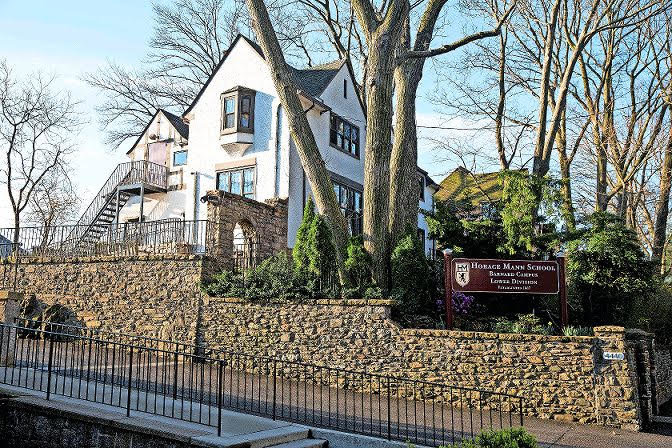 It’s not every day someone tries to revoke a Distinguished Achievement Award at Horace Mann School. In fact, from what Nick Perry can recall, it hasn’t been done in his 15 years as a teacher there.

And yet, it’s what recent graduates Jessica Rosberger and Kiara Royer are hoping to do, at least when it comes to the private school’s 2011 recipient, U.S. Attorney General William Barr, who graduated from Horace Mann in 1967.

When Barr received the award, his crowning achievement was serving as attorney general for President George H.W. Bush between 1991 and 1993. But Barr returned to his old post eight years after being honored to join the Trump administration in what has become a highly controversial tenure.

Of all the things that have riled up political opponents and government watchdogs, Rosberger and Royer have a specific bone to pick with Barr. On June 1, protesters gathered in Washington’s Lafayette Square to protest the death of George Floyd at the hands of the Minneapolis police.

The demonstration was largely peaceful — that is, until law enforcement shot tear gas and rubber bullets at the protesters, reportedly under Barr’s orders.

The clearing of the protesters ultimately allowed President Trump to walk across that area near the White House to a historic church for what many called a photo-op.

Rosberger and Royer viewed Barr’s actions at Lafayette Square as the final nail in the coffin, believing that alone should disqualify him from a “distinguished” alumni distinction. As a result, the two posted an online petition calling for the school to rethink Barr’s status. As of July 13, the petition has more than 8,700 signatures.

But even with the internet’s response, it was radio silence from Horace Mann’s alumni council, which has the power to actually remove Barr’s distinction.

The group’s last public statement was June 6. It was three sentences long and promised to “consider the issues thoroughly and sensitively.”

But for Royer, this promise essentially communicates nothing, including where the council is in its deliberation process and what steps it might take.

“The majority of the signatories are students, faculty, alumni, parents (and) people affiliated with the school, and they’re all wondering what the council’s deliberations are,” Royer said. “The fact they haven’t really publicly spoken about what they’re thinking is definitely frustrating for us.”

Perry, a math teacher at Horace Mann, taught both Rosberger and Royer. While he’s not familiar with the alumni council or its deliberation processes, he sees how their recent inaction can be troubling for those demanding action.

“I can also understand the frustration when a student thinks they’ve found a space where the values they learned from a school don’t match up with its actions,” Perry added.

But what are these values the alumni council are supposedly contradicting? According to Vivien Sweet, a rising senior at the school and a petition signatory, Barr violated two of Horace Mann’s core values in his actions at Lafayette Square: mutual respect and mature behavior.

“I do take great pride in going to Horace Mann School,” Sweet said, “but to see that school and our alumni council distinguish an alum who clearly does not follow the principles of Horace Mann or represents what Horace Mann is as an institution is really disappointing to see.”

The alumni council did not respond requests for comment.

Horace Mann isn’t the only school in hot water due to its association with Barr. Rosberger and Royer have been in contact with professors at George Washington University Law School, where Barr received his juris doctorate in 1977.

While there’s no petition to revoke Barr’s law degree, 65 of the university’s faculty signed onto a statement condemning the attorney general’s connection to the school. Like Rosberger and Royer’s petition, the statement specifically cited Barr’s actions at the Lafayette Square protest as especially condemning.

“At a critical moment in American history, Attorney General Barr could have been a leader in protecting Americans’ First Amendment right to express their outrage at our nation’s long history of institutional racism, and police brutality against people of color,” according to the statement. “Instead, Attorney General Barr stands on the wrong side of history.”

At the end of the day, Rosberger, Royer and more than 8,700 online co-signatories don’t believe they’re asking much of the alumni council.

“We’d like them to look at Lafayette Square and tell us whether this is a member of our community that we’d like to still remain as ‘distinguished,’” Rosberger said. “We’d like to have the rationale behind whatever decision they come to.”

A shot of hope for our younger children