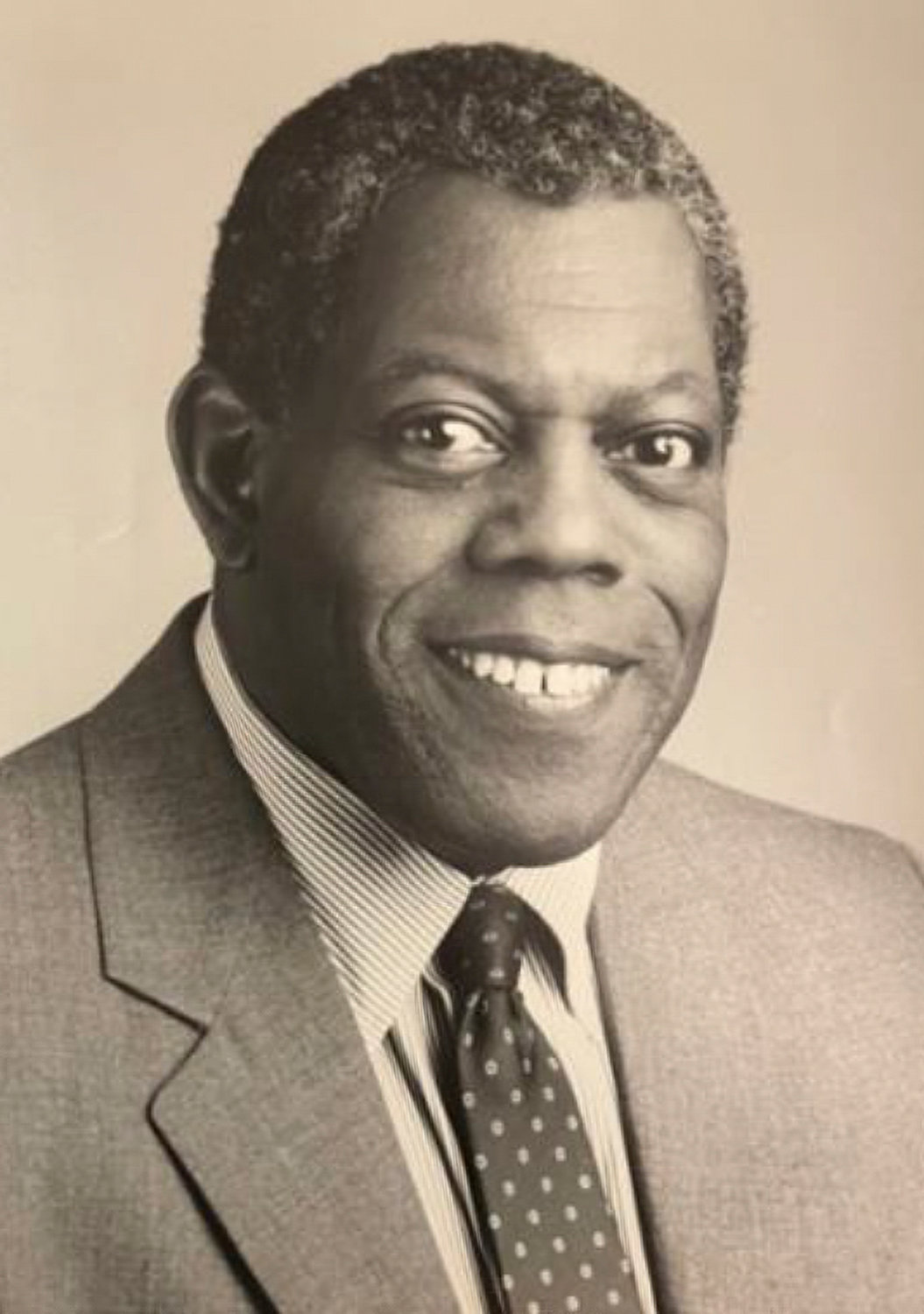 Dr. Albert J. Thompson of Riverdale died peacefully on the morning of Oct. 6, 2021, surrounded by his family. He was 89.

A lifelong New Yorker, he was born at Presbyterian Hospital and grew up on West 116th Street, where he was forever formed by the rich cultural history of 20th century Harlem. Always an animated storyteller, he would faithfully recall the tales of his father’s journey fighting with the French in Europe during World War I as a Harlem Hellfighter, and of the hours he and his younger brother Benn Thompson would spend in front of Sugar Ray Robinson’s gym, across the street from their apartment building, waiting to catch a glimpse or a handshake from the champ.

He excelled in both academics and sports in his youth. He attended George Washington High School, where he served as senior class president and earned three individual New York City high school titles in track and field. He continued his academic and athletic pursuits at Columbia University, where he would expand his trophy collection.

In 1953, during his junior year, he dominated the Ivy League in throwing events, winning titles in the 35-pound weight throw and the shot put at both the indoor and outdoor Heptagonal Championships. That season, he was one of the best shot putters in the country, ranked fourth nationally overall for the duration of the season.

His title run continued through his senior year, and in all, he graduated with six top-three finishes in the shot put, discus and weight throw in the Ivy League and the IC4A championships. He also set the school record for shot put, which has remained unbroken for six decades.

Upon graduation in 1954, he served as a lieutenant in the U.S. Naval Reserves, serving on the USS Albany touring the Mediterranean and the Caribbean. He continued his throwing career while in the Navy, competing at the 1956 Armed Forces Track & Field championships, finishing in the top three in both shot put and the discus, and qualifying for the 1956 U.S. Olympic Trials in Los Angeles. He also won the 1955 Milrose games in the shot put.

Throughout his throwing career, he was a proud member of the New York Pioneer Club, the nation’s first integrated track club dedicated to fighting the entrenched segregation of the time. In all his pursuits, he would embody the club’s stated constitutional objectives, “To encourage and further the ambition of our youth for higher education, that they might become intelligent, civic-minded citizens, and to work toward a better racial understanding through the medium of education and sports.

He returned to Columbia after his time with the Navy to enroll in the School of Dental and Oral Surgery. After completing his residency at Harlem Hospital, he opened his dental practice in 1960 at 119 W. 57th St., where he served a diverse community for nearly 60 years. His Midtown office was a place where leading artists, musicians and politicians mixed with working families and new immigrants to receive high-quality, accessible dental care.

As an active member of Columbia’s dental community, he served as an assistant clinical professor at the dental school, was a member of the admissions and minority affairs committees, and was president of the dental school’s alumni association. As a member of the dental school faculty, he mentored and nurtured countless students through his work with the minority affairs office, and established the Science Technology Education Program, the New York state Pre-College Enrichment Program, which offers a rigorous preparatory program for middle and high school students interested in medical and STEM careers.

In 2014, he was honored by Columbia with an outstanding community service award for his work in Harlem, Morningside Heights and Washington Heights communities. He was chair of the school’s alumni track advisory committee, and was a member of the Varsity C Club’s executive committee between 1970 and 1974. In 2010, he was inducted into the Columbia Athletics Hall of Fame.

Also in 2014, Columbia College and the School of Engineering and Applied Science created the Thompson-Muñoz Scholarship, an honors designation for talented undergraduates from communities surrounding the university.

At the time, Columbia president Lee Bollinger said, “Columbia is defined by the city we call home, and by our historic commitment to providing educational opportunity to a remarkable diversity of young people, regardless of their family’s income. We reach out to attract talented students across the nation who are the first member of their family to attend college, but nowhere more so than our New York community.”

Indeed, Dr. Thompson’s life story exemplified the fulfillment of that mission, and he leaves behind countless family, friends and mentees who will carry it forward.

He is survived by his wife and partner of more than 40 years, Angela. His younger sister, Dolores. His three children, Leslie, Paul and Seif. And his four grandchildren: Dea, Rio, Aster and Stella. He was preceded in death by his parents, Frazier Benn Thompson and Arthur Lee Thompson, as well as his brothers, Arthur Lee Thompson Jr., and Benn Thompson, and his first wife, Marion R. Thompson.