All that campaigning comes down to this 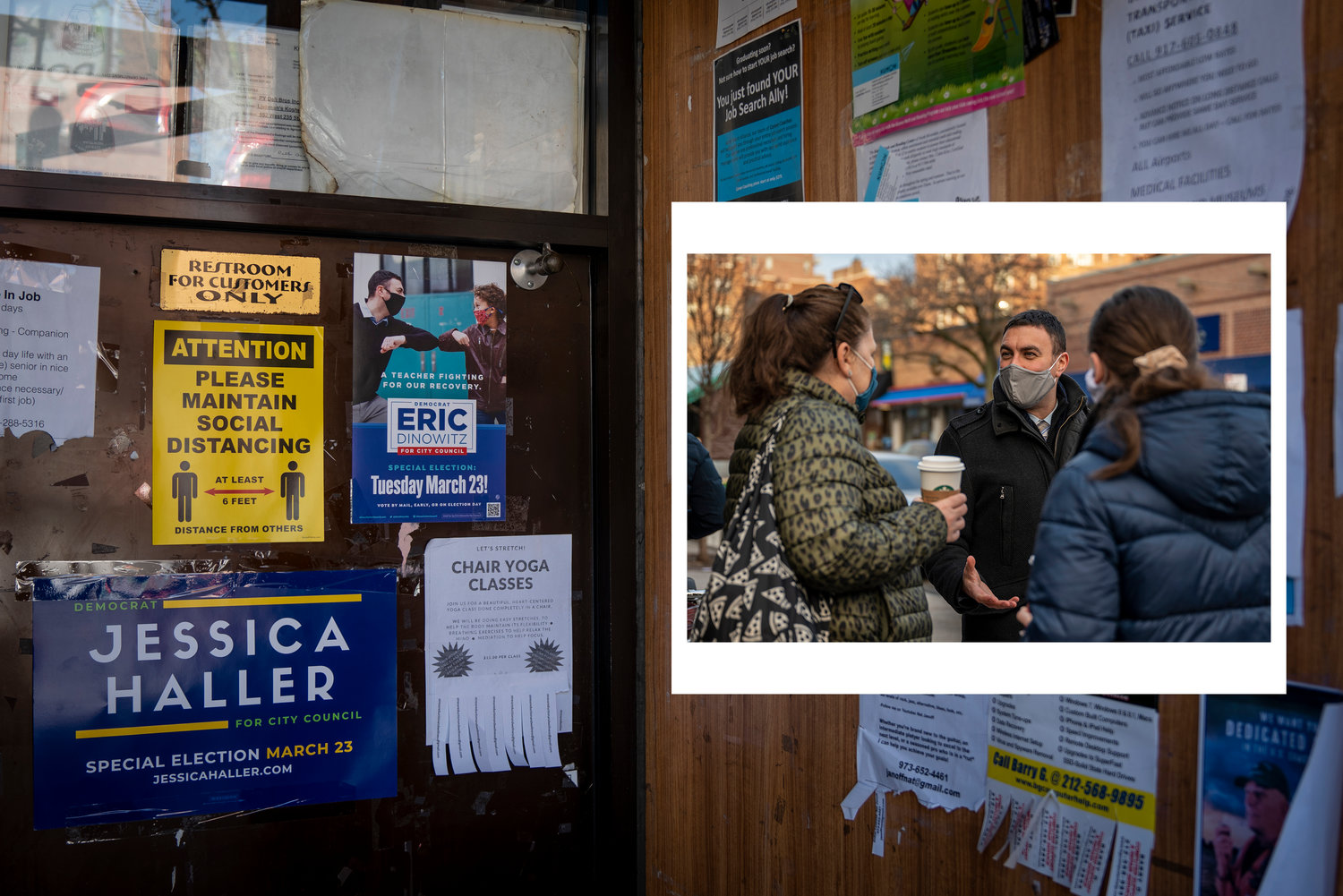 After nearly three years of running to replace Andrew Cohen on the city council, former teacher Eric Dinowitz says he and his volunteers are excited for election day. Dinowitz is one of six competing in the March 23 special election.
HIRAM ALEJANDRO DURÁN / Illustration 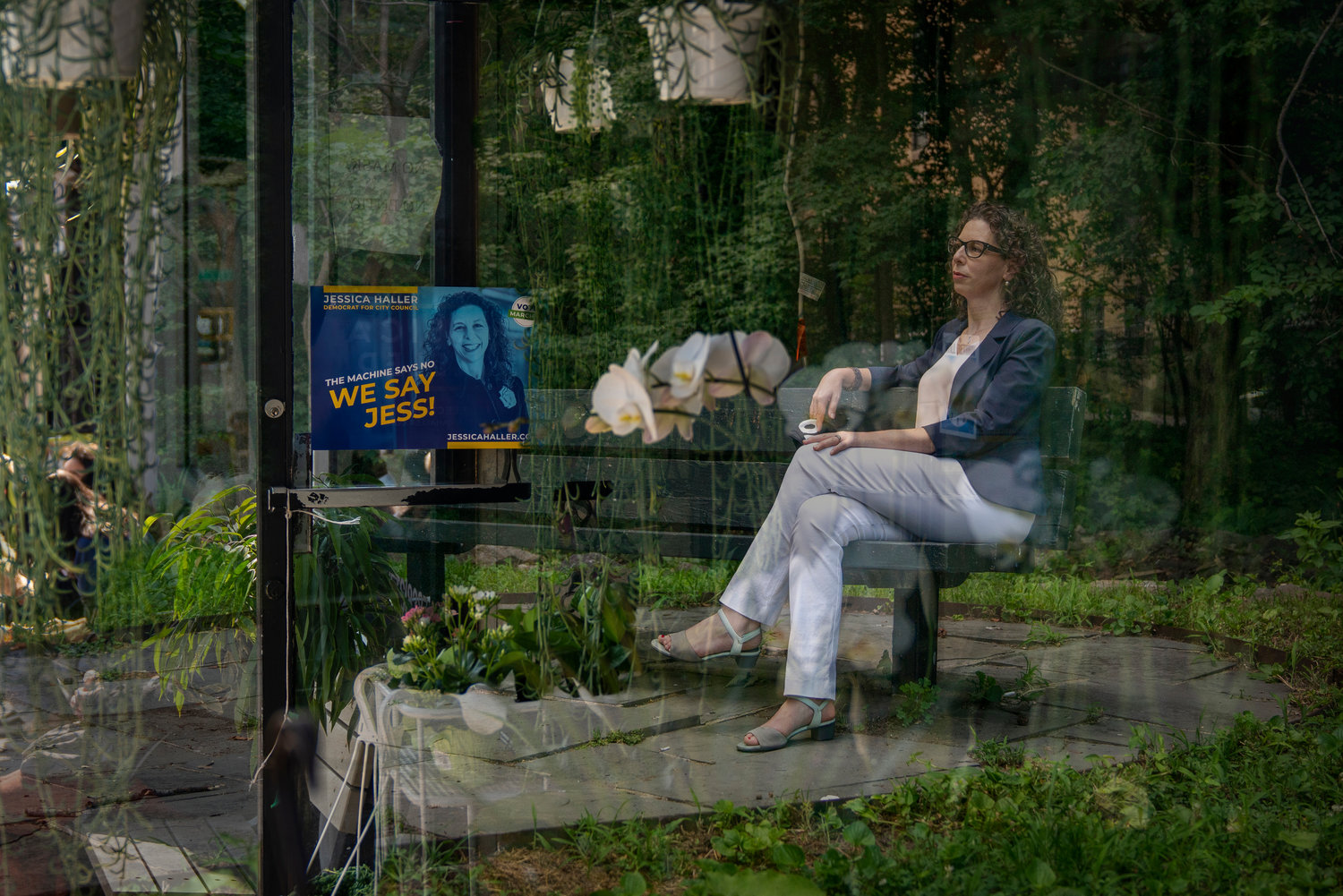 Environmental activist Jessica Haller says she’s spent a significant portion of her campaign budget on educating voters about the new ranked-choice system — even making an explainer video starring her kids. Haller, along with five other candidates, are running in a March 23 special election to replace Andrew Cohen on the city council.
HIRAM ALEJANDRO DURÁN / Illustration 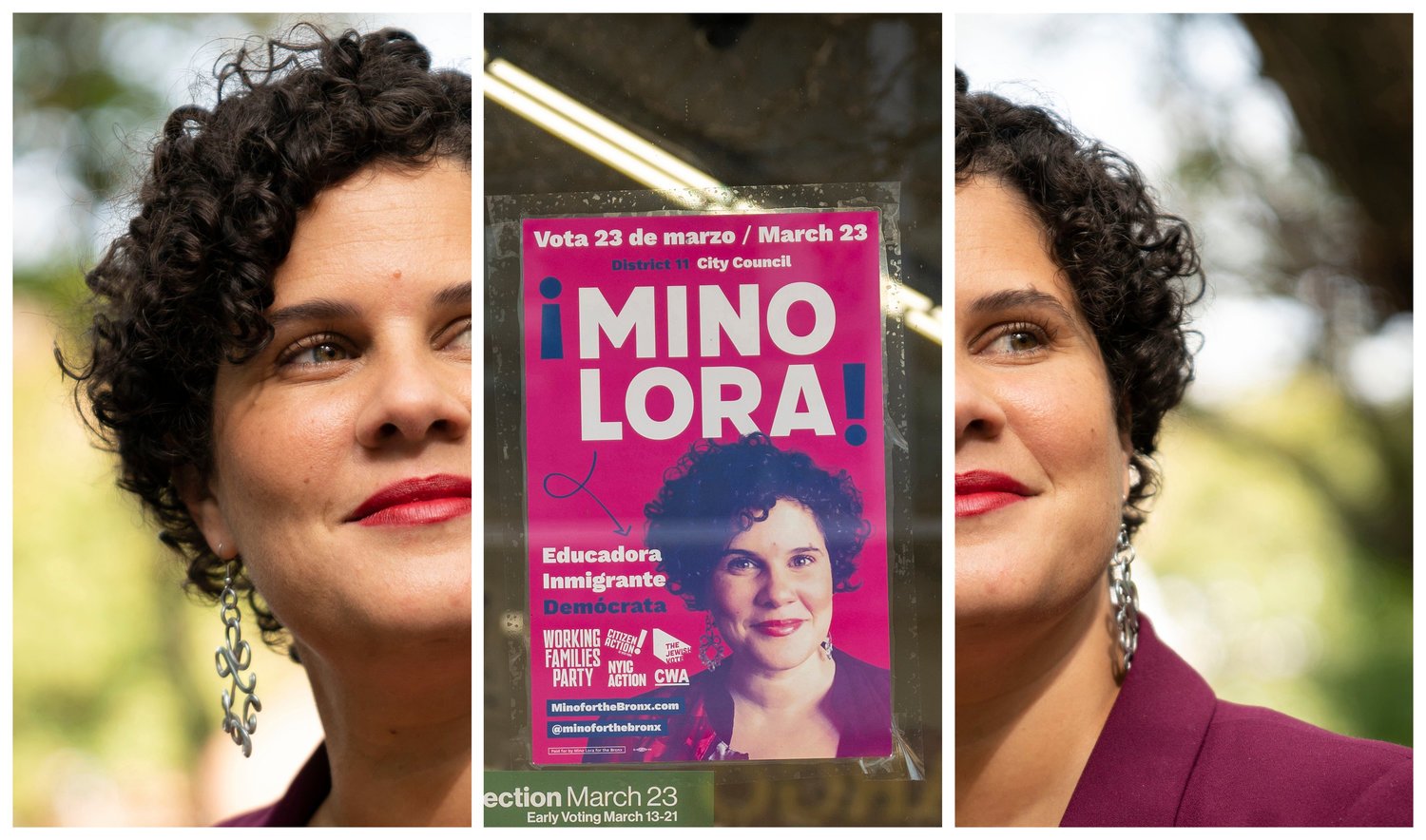 Mino Lora, an arts non-profit executive, says she’s making the rounds to three of the council district’s neighborhoods each day to talk to about her campaign. Just a few days from now, Lora and five competitors will find out which of them will replace Andrew Cohen on the city council in the March 23 special election.
HIRAM ALEJANDRO DURÁN / Illustration 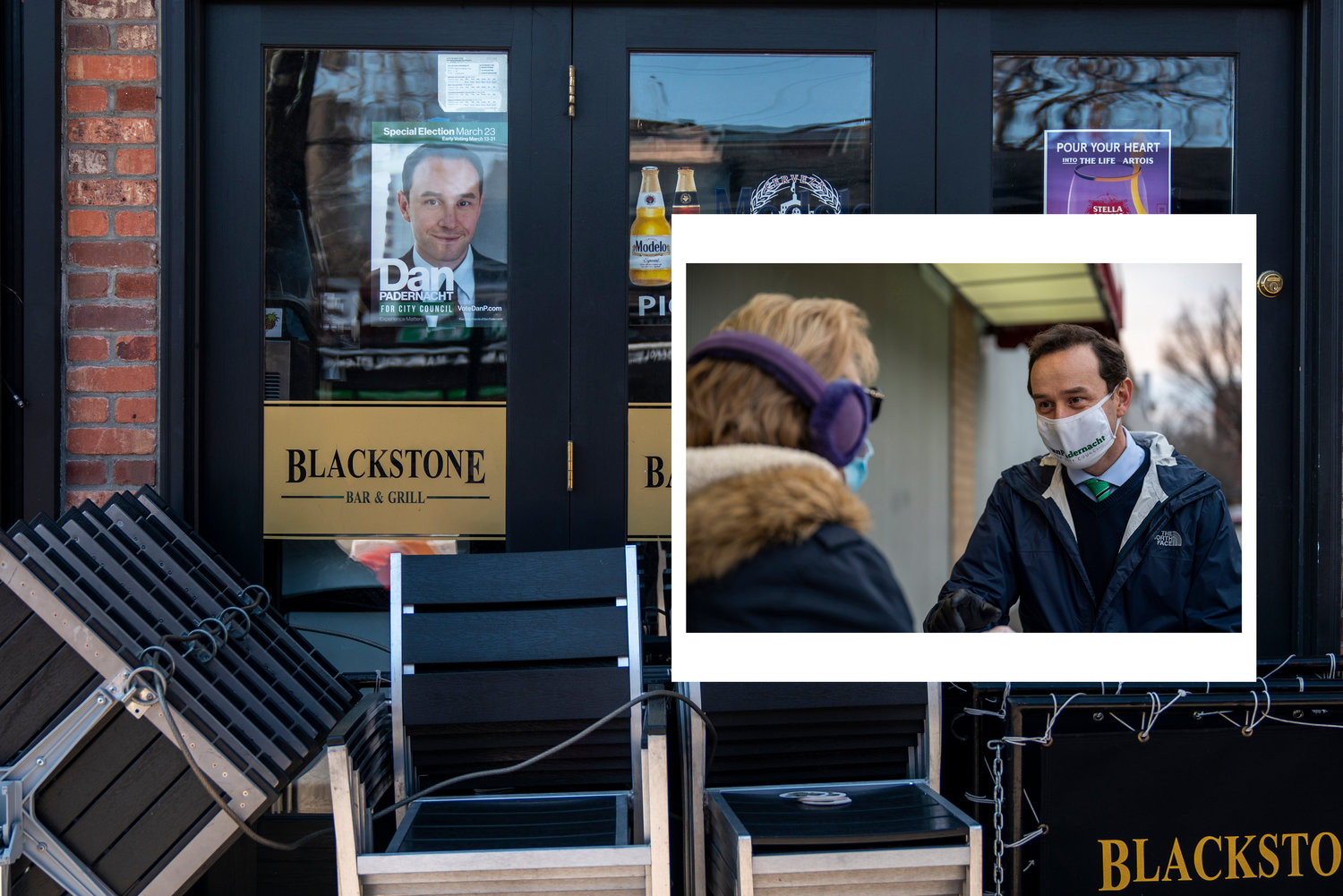 Real estate attorney Dan Padernacht is ranking Carlton Berkley second on his ranked-choice ballot, and he’s asking other voters to do the same. Padernacht is one of six vying to replace Andrew Cohen on the city council in a March 23 special election — just days away.
HIRAM ALEJANDRO DURÁN / Illustration 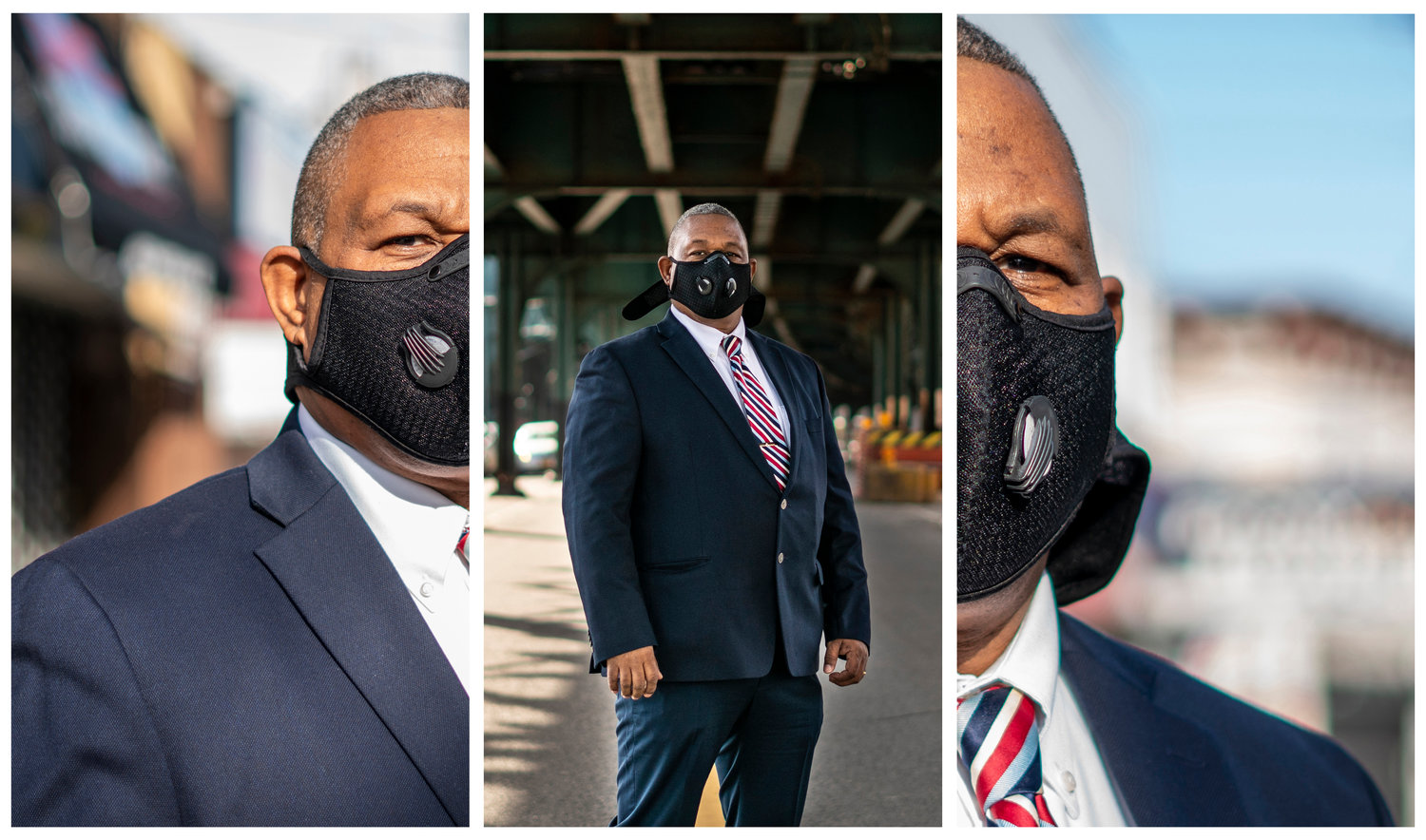 Retired New York Police Department detective Carlton Berkley is spending the final days of his campaign speaking to voters in his home neighborhood of Wakefield. Berkley is competing with five others in a March 23 special election to replace Andrew Cohen on the city council.
HIRAM ALEJANDRO DURÁN / Illustration
Previous Next
By ETHAN STARK-MILLER

This special election, along with another to replace now-U.S. Rep. Ritchie Torres in a neighboring district, will be only the third test case of ranked-choice voting in the city. The new system — where voters choose their top five candidates in order of preference — has so far only been tested out in a pair of Queens special elections, where just one of them required additional rounds of counting.

The ranked-choice outcome will affect the election’s timeline. If one candidate gets more than 50 percent of first-choice votes on election night, they’re automatically the winner. If no one gets 50 percent, the worst performing candidate is eliminated and their second-choice voters are redistributed to the other candidates. This process continues until there are just two candidates remaining.

If this election requires these elimination rounds, it could be April before we find out a winner.

The final weeks of campaigning have been eventful. State Sen. Alessandra Biaggi endorsed Lora and Haller last week while also sharply criticizing Dinowitz. She tied the son of Assemblyman Jeffrey Dinowitz to the local Democratic Party machine she says supported her 2018 opponent Jeff Klein, who as a state senator, led the Independent Democratic Conference, a group of breakaway Democrats who backed Republicans, and gave them majority control.

Additionally, Padernacht and Berkley said they were following a route already established by Haller and Lora, pairing up to encourage voters to make them their top two choices. And they’re encouraging voters to do the same.

“My second choice is Carlton, he’s an extremely sincere and good person,” Padernacht said during a forum last week hosted by Common Cause New York and The Riverdale Y. “If I don’t become the councilmember, I would love to see someone as good as Carlton be our councilmember.”

Tuesday’s finish line was a long way coming for the candidates, but even longer for both Padernacht and Dinowitz. Both launched their campaigns to run for Cohen’s seat within days of each other in Summer 2018, when the idea of the councilman being lured away with a job as a judge was nothing more than a poorly kept secret.

All the campaigns are focused on getting out the vote. Lora and her volunteers are using text, phone banking and in-person interactions to let voters know who she is and how people can support her. She said she’s making sure her campaign is covering every part of the district.

“That’s why my days are like 15-hour days,” Lora said. “Because we are hitting at least three of the neighborhoods every single day, alternating, and just really going all over.”

Lora has educated voters in the ranked-choice system not just in English, but Spanish as well. She’s handing out printed materials showing what the ballot looks like inside the voting booth.

“We’ve been intentional about showing what it’ll be like and explaining the different columns,” Lora said.

Haller’s campaign also is focused on education. She even made an explainer video for her campaign’s website starring her kids.

“We’re using a large portion of our budget to teach people what they need to do,” Haller told Riverdale Press editor Michael Hinman and BronxNet reporter Sonyi Lopez during the Common Cause  forum. “So, we made a video and it’s available. Our advertising, our printed materials, all have examples with a whole explanation on ‘this is how to do it.’”

Berkley has spent his final weeks focused on Wakefield, where he lives, because he doesn’t believe he’ll be as competitive on the Riverdale side of the district. Stiil, he tells voters what his personal ballot will look like, showing how ranked-choice works.

He also tells them not only will he vote Padernacht second, but Haller is his third choice. The last two slots for him belong to Dinowitz and Lora, but he has yet to decide which order.

Even worse, there are many others who don’t even know an election is coming up, local political activist and public school parent association leader Morgan Ever says.

“I’m just wondering who’s going to show up,” she said. “Because when I speak to a lot of other parents in the neighborhood, they’re like, ‘What do you mean, March 23?’”

But Evers is showing up to vote, choosing Lora first, although she says she also likes Padernacht. Lora will look out for public school kids who’ll need more support than ever in the wake of the coronavirus pandemic.

With no campaign organization and almost no financial war chest, Pazmino said he’s spending his final days personally walking around all of the district’s neighborhoods and talking to voters.

The only conservative in the race, Pazmino says he’s telling voters they don’t have to pick five candidates if they don’t want to.

While March 23 might be the end for the special election race, it’s just the beginning more long-term on who will represent this area on the city council. Many if not all the candidates also are out collecting petition signatures so their name is on the ballot for the June Democratic primary. That will help decide who is filling the seat come next January, and for the next two years after that.

Although Haller’s petitioning for the primary ballot, she’s not yet committed to running again.

“I’m not a politician by blood, and if the community speaks up and it looks like I’m not there, then I’m not going to continue,” Haller said. “If someone doesn’t break through in a special election, the chances of breaking through in a primary three months later are slim.”