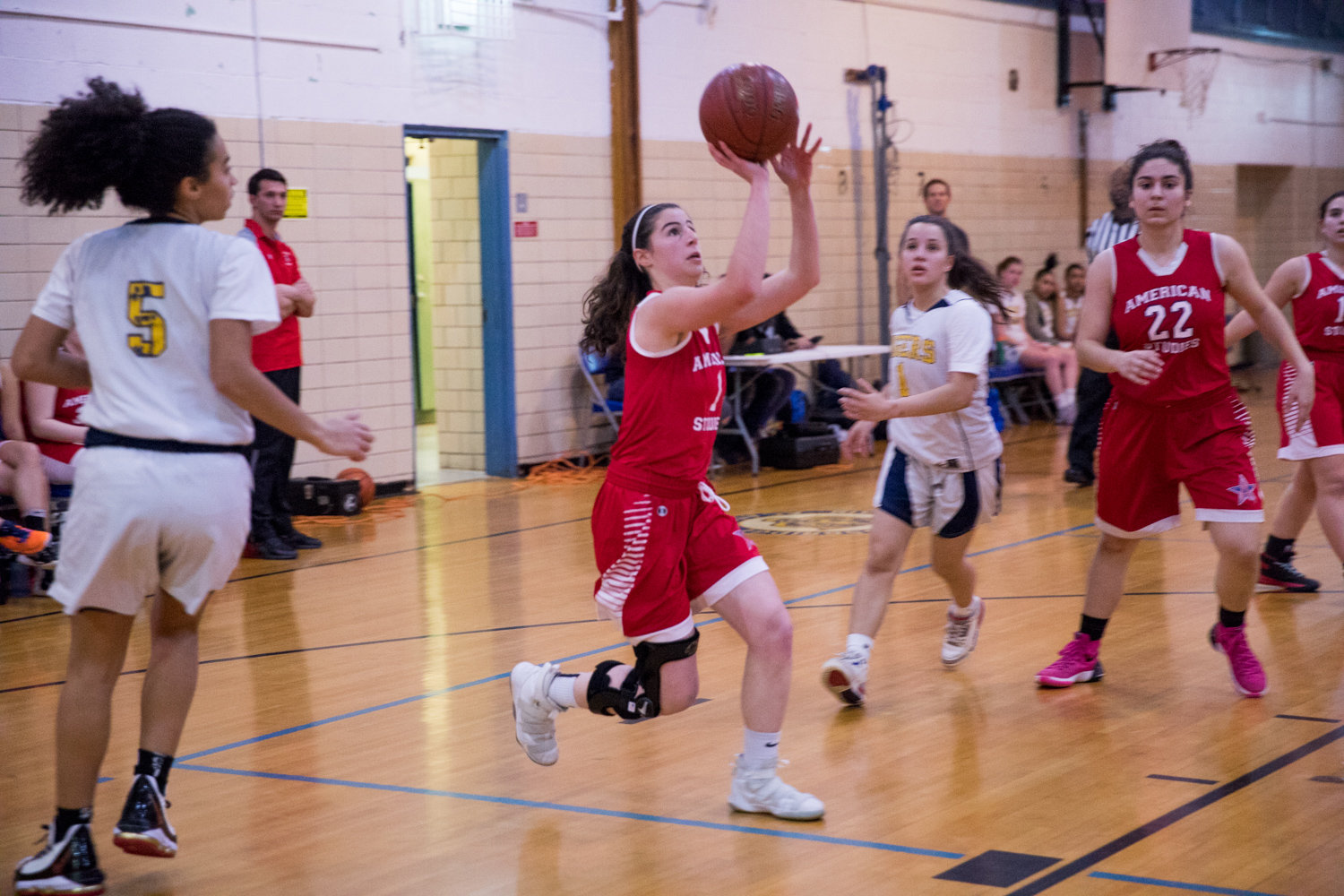 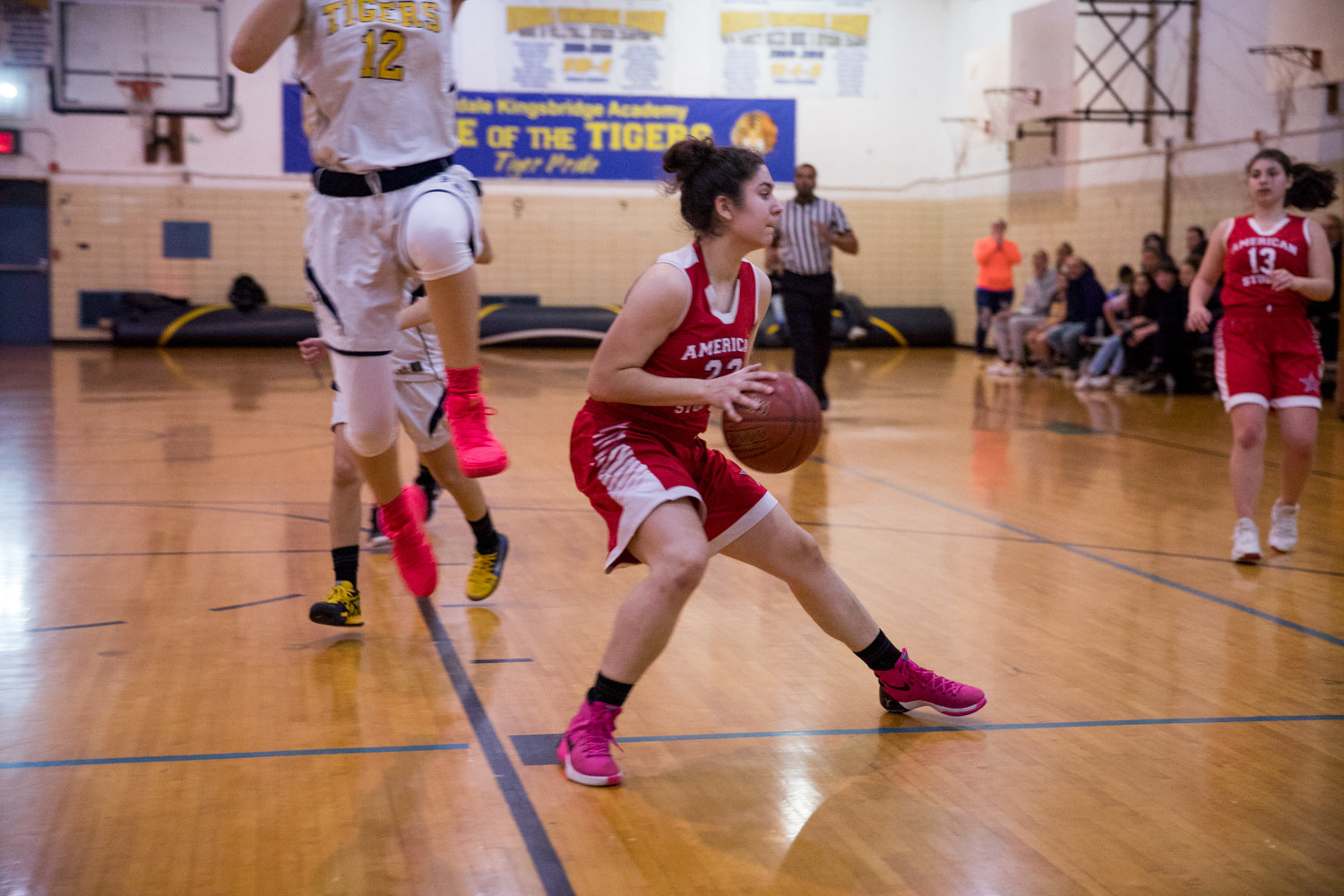 The American Studies’ quartet of Jacqui Harari, Emily Eljamal, Emma Bartolazo and Cayla Klein had a plan for last Friday.

It was Senior Night, and with their final home game staring them down, the four senior Senators wanted some time just for themselves at the Old Gym Building at Lehman College. Time to reflect, reminisce and remember all the good times over the past four years.

Tuitt High School, however, very rarely brought back good memories. In fact, Tuitt owned a 4-3 record versus American Studies over the past four seasons, during which time the Senators had compiled a robust 49-12 regular-season mark. So yes, Tuitt was something of a thorn in the Senators’ side. And they were on their way for a Senior Day matchup.

“We got to the gym a little early, but the rest of the team got there about five minutes after us so we didn’t really have much time to have the gym to ourselves,” Harari said. “Cayla, Emily, Emma and I all had it in the back of our minds that it was our Senior Night, but the main thought in our head was that we needed to beat Tuitt. In order to be the division champions, we needed to win the rest of our games.”

Then, before the largest and most boisterous crowd they saw all season, the Senators went out and absolutely steamrolled Tuitt. They allowed just one point in the first period and owned a 24-point lead at halftime before sending the raucous crowd home happy after a 57-23 dismantling of the Lady Panthers.

“The crowd was fantastic,” Harari said. “It was quite overwhelming to be honest. But after all these years of losing to Tuitt, except for a win here or there, it was definitely one of the best feelings to have.”

The Senators used a stifling defense to befuddle Tuitt into a bevy of turnovers, many of which led to easy buckets for American Studies. And no one benefitted from that stingy Senators’ defense more than junior Alexis Guberman.

“We played really intense defense and we caused a lot of problems with our press, and Alexis ended up scoring 21 points off their turnovers,” Senators’ head coach Ryan Hondorf said. “She was flying up the court, and we just kept getting her the ball.”

With their press frustrating Tuitt at every turn, the Senators built a 16-1 lead after the first quarter, expanding it to 32-8 by halftime. Even Harari couldn’t believe the incredible run American Studies used to open the game.

“Honestly, I didn’t look at the score too much because I was focused on the game and the crowd,” she said. “Usually I look at it if we’re losing. But I was so shocked at the score.”

Hondorf had some concerns coming into the game after American Studies (14-2) was almost upset in a two-point win at Riverdale/Kingsbridge Academy. That game took a late basket by Suzuki Lin to secure a down-to-the-wire 35-33 victory for the Senators.

“I didn’t mention that game to the girls, but I told them I know we can play better. And they agreed,” Hondorf said. “But this was the best we’ve played all year. We were pretty pumped up for it, and they came out and played really well. This was a big one.”

When the game entered the fourth quarter with the Senators holding a commanding 42-19 lead, all that was left to do was watch the clock run out on Tuitt and then let the Senior Night celebration begin. It included presents and cards, as well as “lots of tears … but mostly happy tears,” Harari added.

At the end of the game Hondorf congratulated his team, but reminded them there was still some more work to do.

“I told them how proud I was of them and how happy I was for them to have that feeling of winning a big game,” Hondorf said. “We never really had that feeling this year. But now we have to get ready for Gompers.”

The Senators need to knock off Gompers on Feb. 5 in order to claim the Bronx B West Division championship. Gompers defeated the Senators 54-50 in their first meeting this season.

“I’m a little nervous about Gompers,” Harari said. “Their gym is quite hectic. The sound system there is really something else. You can actually hear the screech in your ears.”