An artist over city lines, a concerned teacher at home 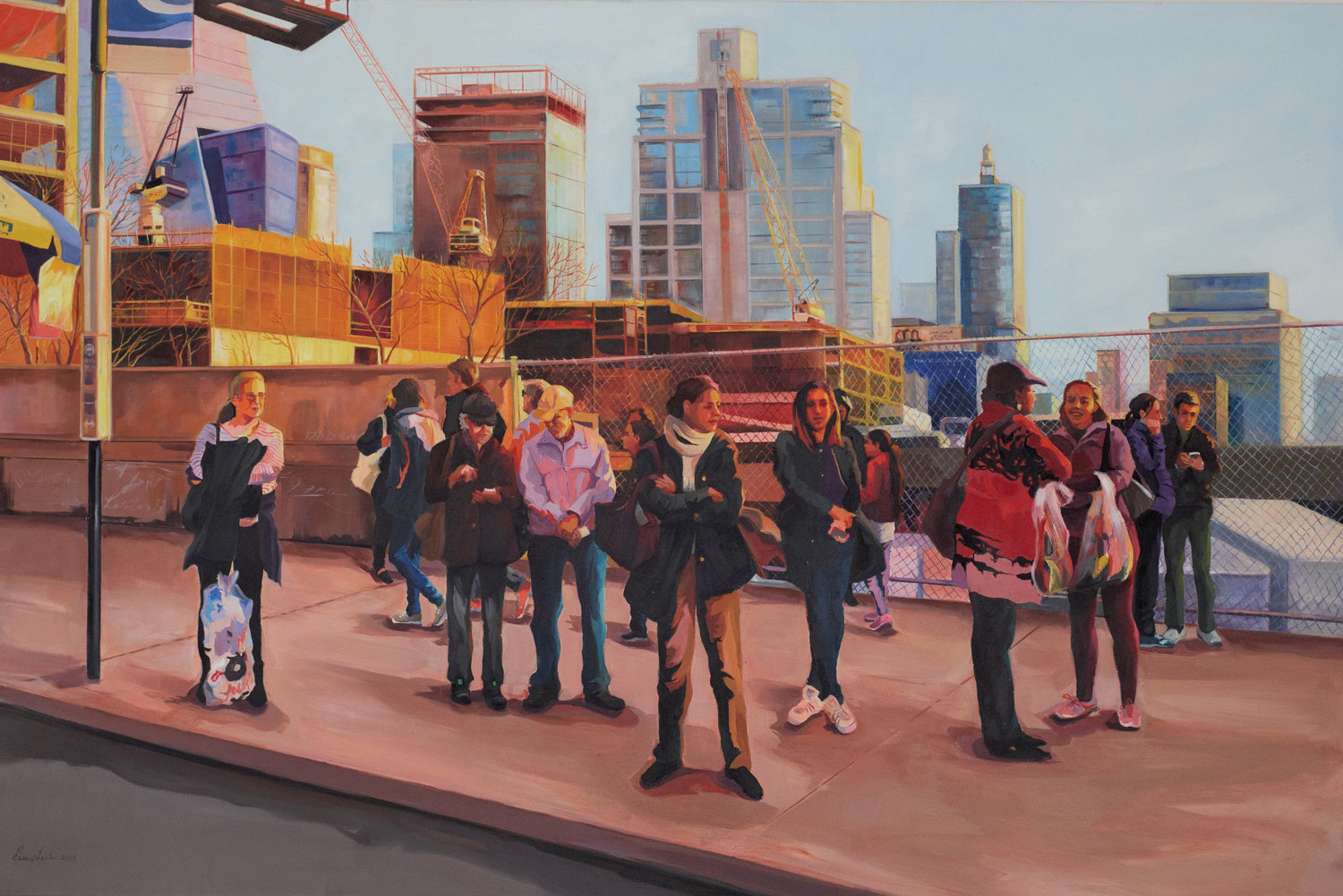 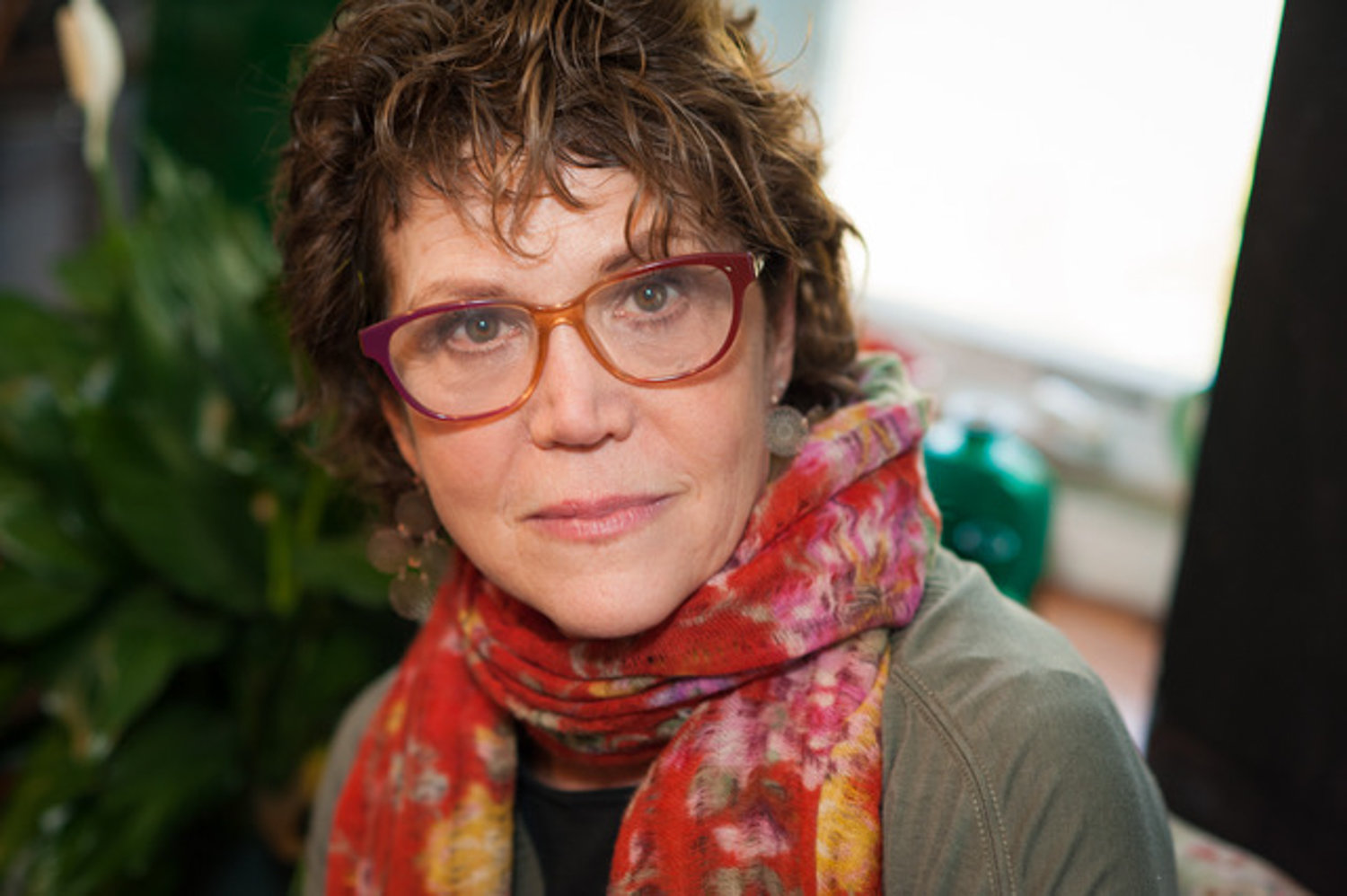 Before moving to Yonkers 30 years ago, painter Julia Eisen-Lester lived in Riverdale. She has a new exhibition of her work, ‘Urban Tides,’ on display at Noho M55 Gallery through Dec. 14.
Courtesy of Alison Sheehy
Previous Next
If you go ...

Yonkers, in the early afternoon, is the sound of landscapers and slowly driven cars.

A mere 20-minute walk from the city line, the area seems calm and distant. Yet in one of the large, well-kept houses that line the roads is an artist filled with the excitement and verve that comes from growing up in New York City. That artist is Julia Eisen-Lester.

“I grew up in Riverdale-Fieldston area,” Eisen-Lester said, walking up the stairwell surrounded by her paintings, which fill the walls. “I know a lot of people from there and I’m still quite close with them.”

A graduate of Art Students League of New York and New School, Eisen-Lester grew up in Fieldston, attended Ethical Culture Fieldston, and even taught there for a year in the ‘90s.

She’s never really stopped learning nor teaching — only moved up to Yonkers.

“My students are from all over,” Eisen-Lester said from her home studio. “But a lot of them are from Riverdale. Some are artists now, but others are toymakers, jewelers, puppetmakers, all sorts.”

One wall of Lester’s studio is covered in the painted handprints of her students, along with their birthdays. Of course, not all of Eisen-Lester’s 70 pupils follow a creative path. But then again, in the end, that’s not her priority.

“While most of my students don’t want to become artists, my goal is to bring them the joy of art,” she said.

Joy may be the goal, but one of Eisen-Lester’s main concerns involves the stress and anxiety experienced by young students entering college.

“I’ve been helping the older ones with portfolios,” she said. “It’s scary for them, so stressful. But portfolios help. There was one girl who had middling grades, but she got into her chosen college because of a good portfolio.”

That dedication to students and to art itself is the driving soul of Eisen-Lester, and that comes from a long tradition of tireless creating.

“I paint or draw every day,” Eisen-Lester said. “I teach four days a week, I work the rest, and I keep busy. I never stop.”

Some of Eisen-Lester’s art concerns the re-development and, in her words, destruction of Yonkers and New York City, presented in a stylized realism evocative of a warm-hearted Hopper. One of the paintings to be included in her upcoming “Urban Tides” show, “After The Blizzard,” depicts a man walking a snow-covered street toward a riverfront district of town, with the Palisades in the background.

“I’m very disturbed by all of the work they’re doing on the waterfront,” Eisen-Lester said. “They could have worked on restoring it, but no. I wanted to document those areas with my paintings, but I didn’t know those places would go so quickly.”

Not all of Eisen-Lester’s work is centered upon the lost, however. Her series, “Enlightened New Yorkers,” presents a variety of people from every walk of life saturated by light. That series was purchased by the Yonkers city government and is currently shown at Yonkers City Hall.

“I’m showing all the people in New York,” Eisen-Lester said. “They’re all colors and creeds, and they’re all in the light.”

Be it snapping a photo of someone on a park bench basking in the sunlight, or covertly taking a picture of a man reading on the subway — or even a burlesque dancer in a Brooklyn bar — Eisen-Lester hopes to take in the world of New York that one can only see if they’re really looking.

“I see the beauty in the dilapidated,” she said. “I like to paint what isn’t always noticed.”

Dozens of galleries have noticed Eisen-Lester, however. Her work has been shown around the world as well as in the Bronx, including at Wave Hill. But she’s experienced a long history of blockades entering the cherished galleries of the elites in Chelsea.

“It’s very hard to get a show in Manhattan,” Eisen-Lester said. “I’ve barely shown there. But this gallery is co-op and owned by artists. They’re so much better to work with.”

That gallery is Noho M55. The last four years of Eisen-Lester’s work is on display until Dec. 14. Her paintings are about people, much to the joy of audiences young and old.

“What I want to portray in my art is a story,” Eisen-Lester said. “My students will stand in front of a painting and make up stories about the people I paint. I love that. They learn that everyone has a story.”