An empathetic vision of a lost New York City 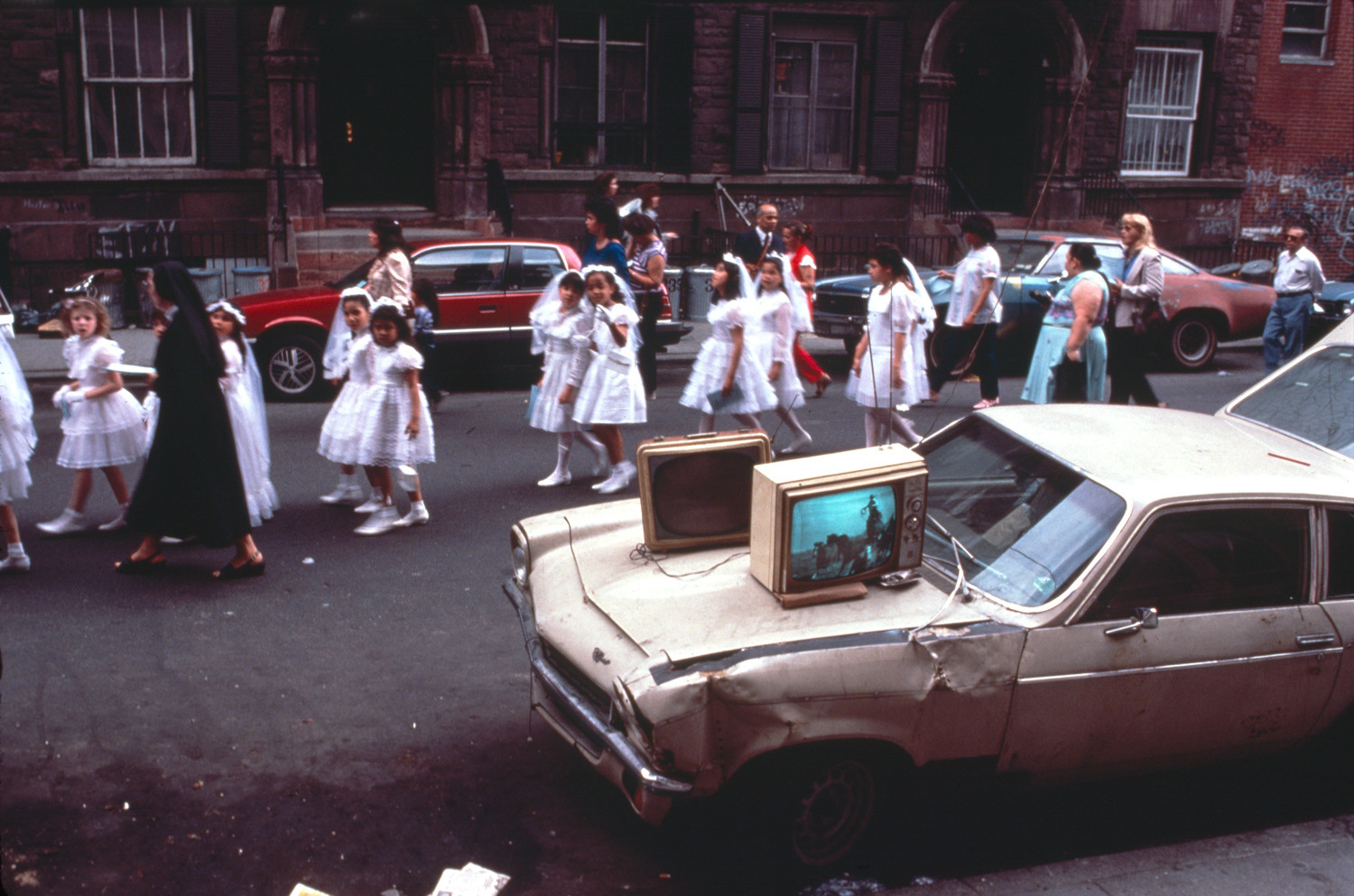 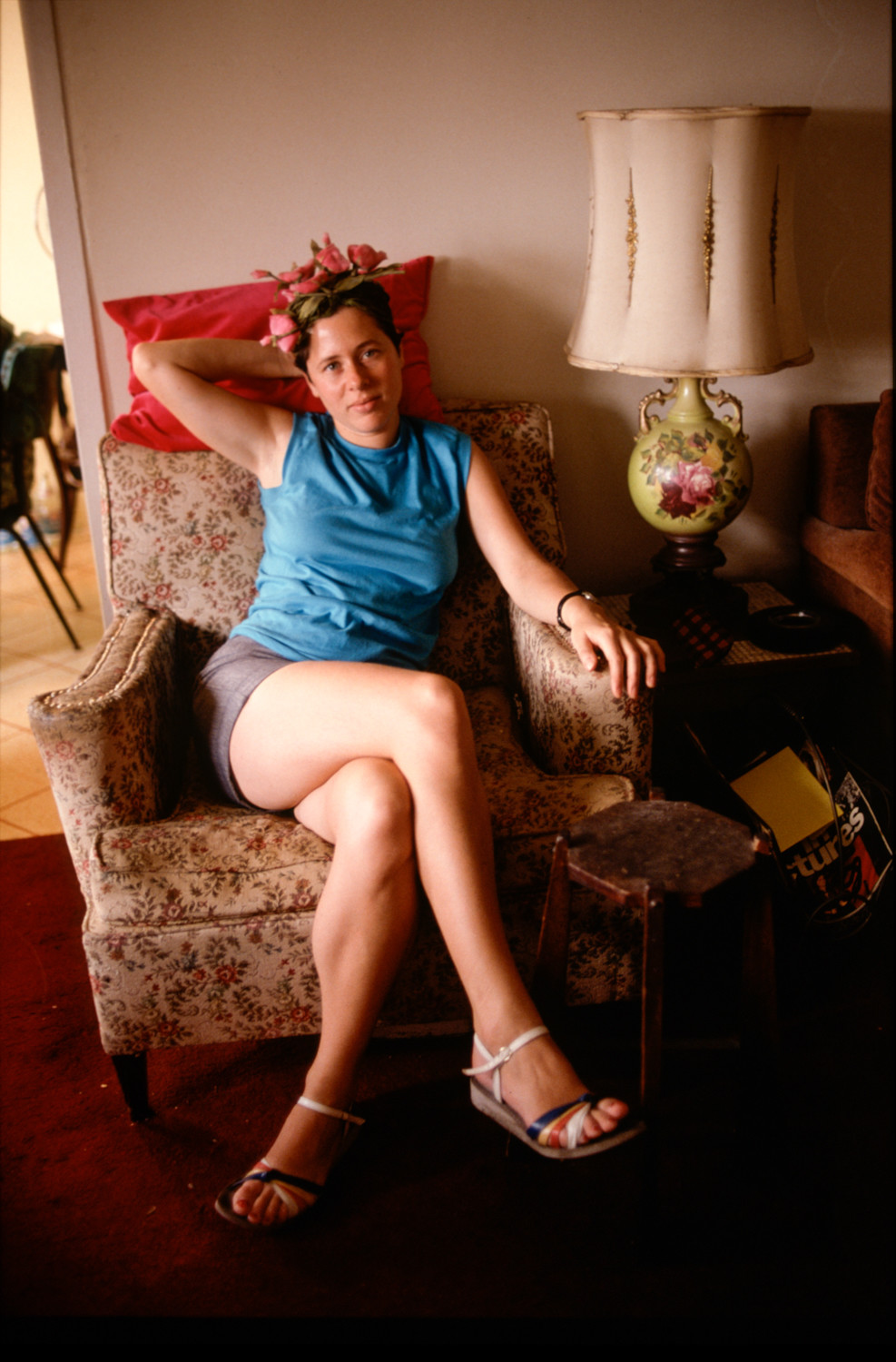 In ‘Karen With Hat,’ Arlene Gottfried photographed her sister, Karen Gottfried. It is part of Arlene’s last book, ‘Mommie,’ which chronicled several decades in the lives of Karen, their mother and their grandmother.
Courtesy of Daniel Cooney Fine Art 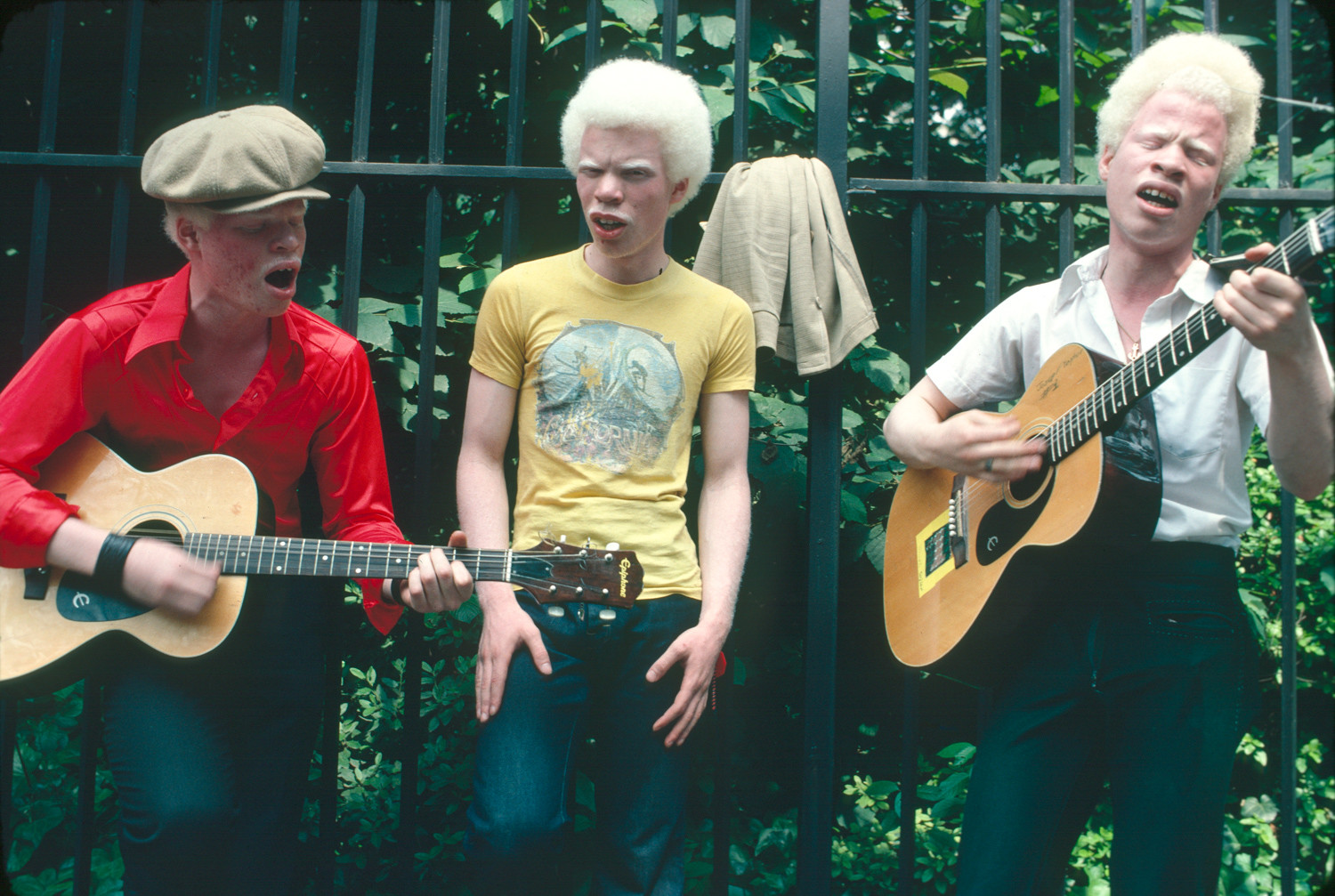 In ‘Three Musicians,’ Arlene Gottfried captured a quintessential scene in New York City. Much of the city Gottfried photographed is drastically different than the New York City that exists today.
Courtesy of Daniel Cooney Fine Art 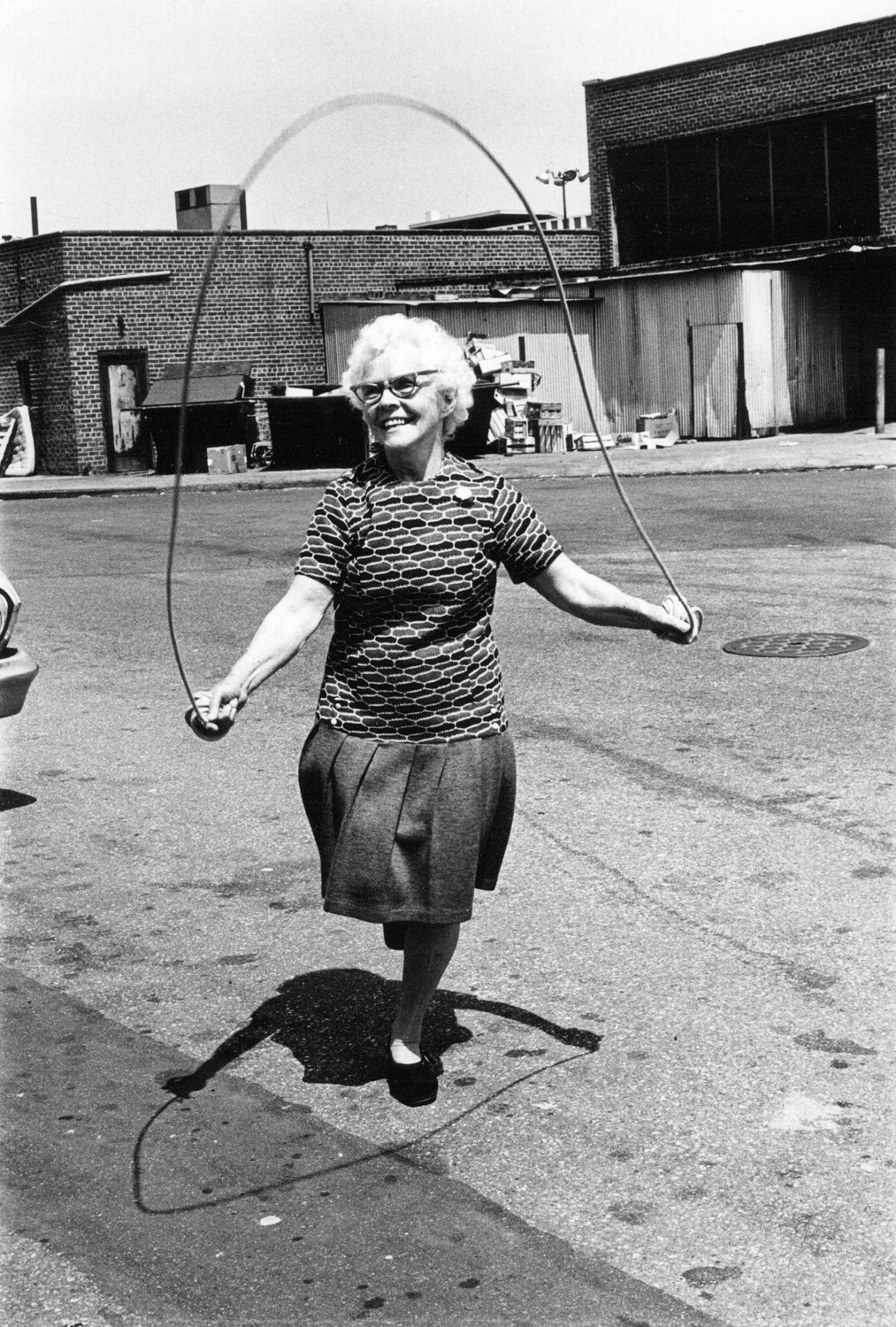 Many of Arlene Gottfried’s images are full of humor, like ‘Isabel Croft Jumping Rope’ from 1972.
Courtesy of Daniel Cooney Fine Art 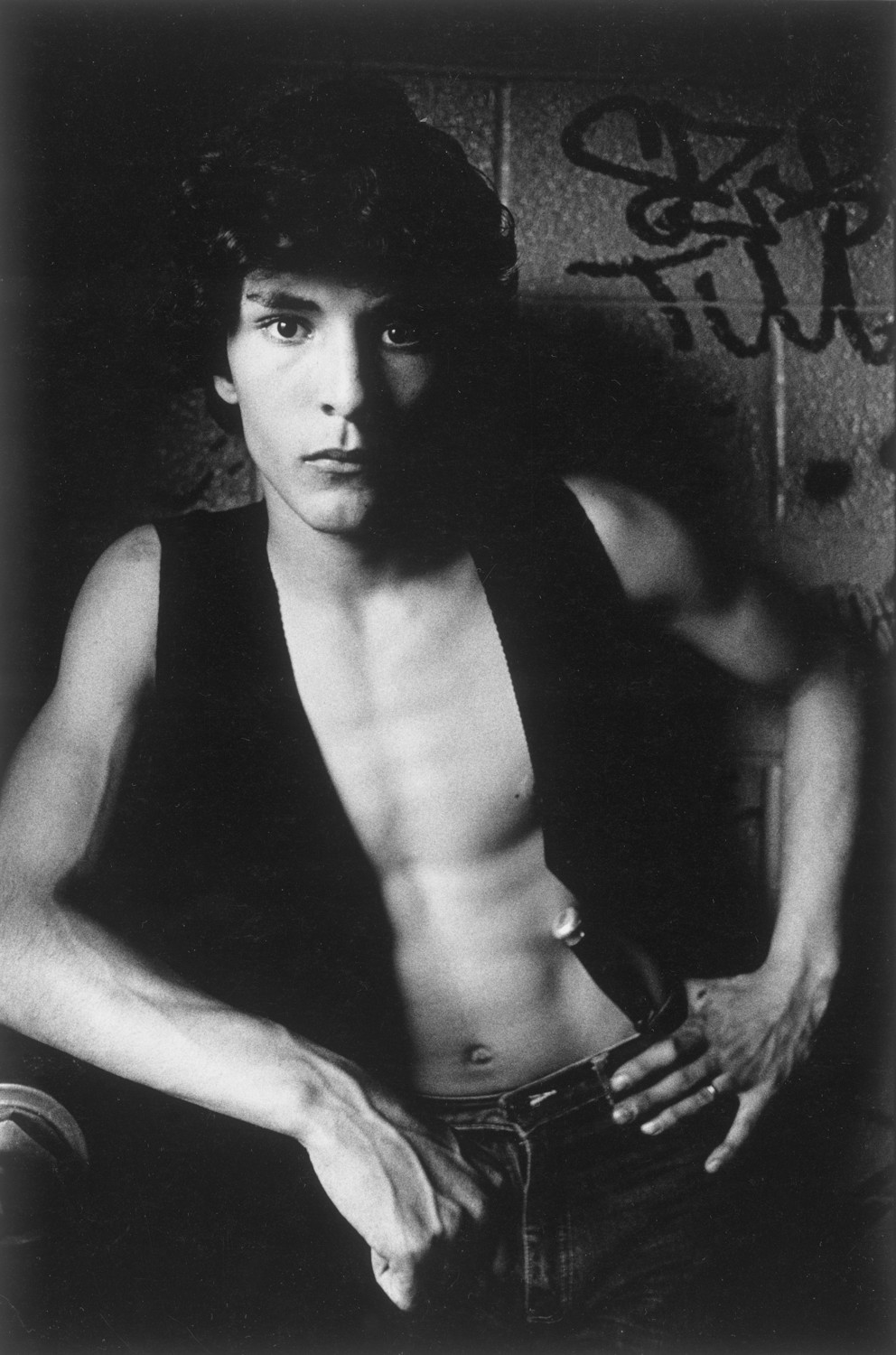 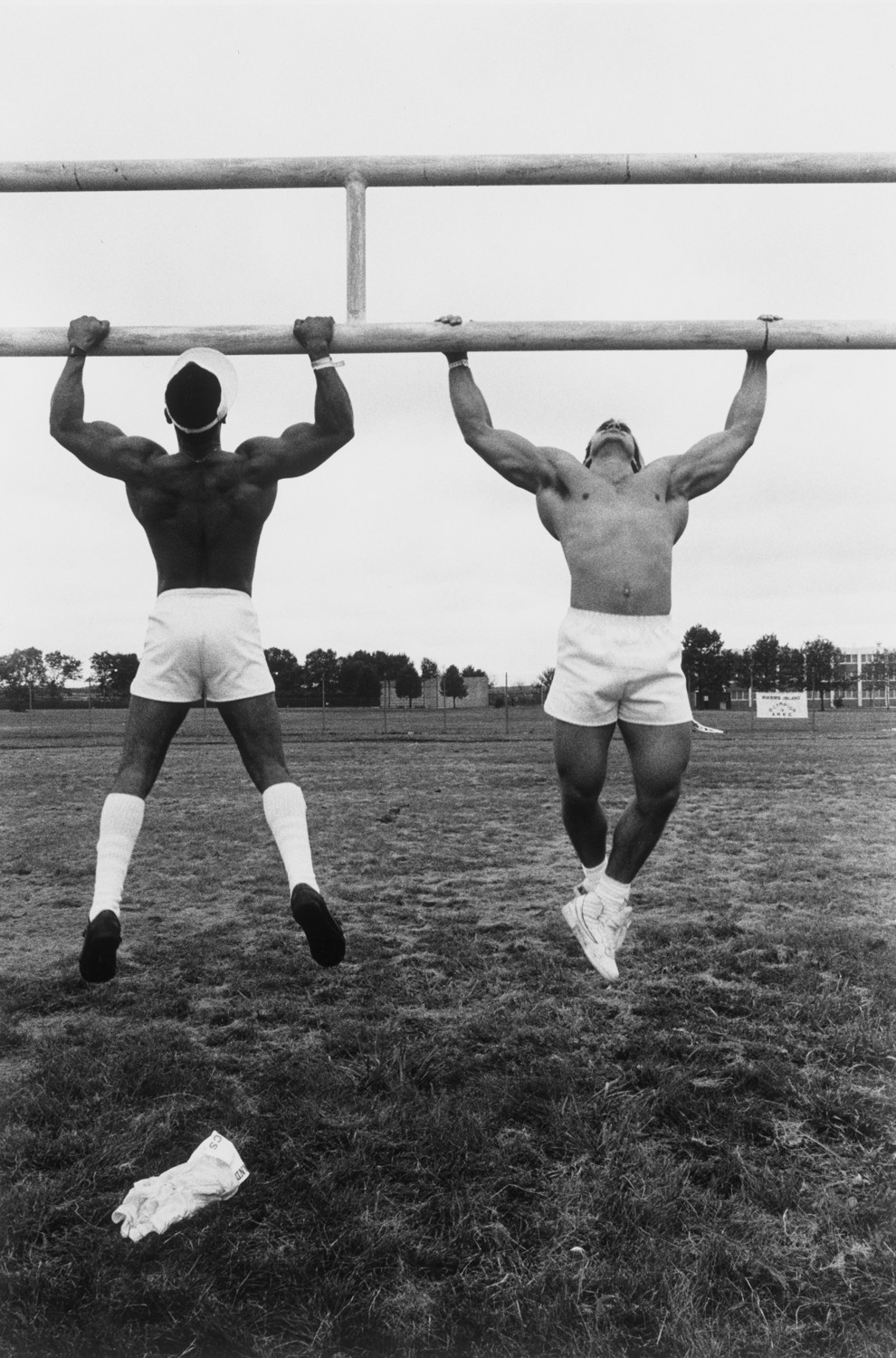 Arlene Gottfried photographed the Rikers Island Olympics in 1987.
Courtesy of Daniel Cooney Fine Art
Previous Next
If you go ...

WHAT: A Lifetime of Wandering

A nun walks alongside a procession of young girls in white dresses on a New York City street. Two televisions, one tuned to a western, sit on the hood of a beat-up car nearby.

These two seemingly disparate scenes coexist in a photograph by Arlene Gottfried, who chronicled New York City street life with her camera for decades.

A new exhibition of her work, “A Lifetime of Wandering,” is on display at Daniel Cooney Fine Art in Manhattan until April 28.

The idea for the exhibition was hatched a year ago between the curator, Daniel Cooney, and Gottfried before her untimely death on Aug. 8. It was to be their third show together, but after her passing, Cooney took on the gargantuan task of sifting through her archive of some 15,000 photographs.

The exhibition is the first display of Gottfried’s work since her death.

“My attempt was to go through her archive and find her empathetic vision of humanity,” Cooney said.

Empathy is present in all of Gottfried’s photographs. In the image “Three Musicians” from the 1980s, two guitarists flank a vocalist in the middle. All of them are singing. Gottfried captured them mid-lyric at a moment of pure rhapsodic intensity.

The image itself is an explosion of color. One wears a bright red shirt, the other yellow. The third wears white. Their backdrop is a verdant wall of leaves.

The musicians all have albinism, but that hardly matters. A less empathetic photographer would draw more attention to that fact, but through Gottfried’s uncritical lens, the whole of their musicianship shines through.

“She never looked down on her subjects,” said Gilbert Gottfried, Arlene’s brother and a famous comic.

A native New Yorker, Gottfried grew up in Coney Island, and after turning 9, she and her family moved to Crown Heights, which had a strong Puerto Rican population at the time.

Gottfried was enthralled with her surroundings. She took up photography in her teens, turning her lens on the kaleidoscope of cultures around her. Her photographs capture a New York City of a bygone era.

The exhibition is a retrospective pieced together by Cooney, who estimates he visited her storage space at least 15 times.

“I don’t think anyone understands the strength and power of her archive,” Cooney said.

Gottfried’s images are marked by an emotional intimacy, regardless of whether she knew her subjects.

“She would get right in the guy’s face,” said Karen Gottfried, Arlene’s sister and frequent photographic subject, who attended the exhibition opening with other family members.

A picture of Karen from 1985, “Karen With Hat,” adorns one of the walls in the gallery. In it, she relaxes in an armchair with a hat on, her right hand behind her head. It’s part of Gottfried’s last body of work, “Mommie,” a decades-long documentary project about Karen, their mother and their grandmother.

“I didn’t even realize she was dedicating it to me,” Karen said as she looked through the book at the exhibition. “It really blew me away.”

Gottfried was intensely collaborative, especially when working with editors.

“She would always tell you when you were off,” said Paul Moakley, the deputy director of photography at Time.

Moakley first worked with Gottfried when he was a senior photo editor at Newsweek. Having already been familiar with her work, Moakley first hired Gottfried to photograph Pentecostal churches, running in a September 2005 issue.

Over the course of her career, Gottfried freelanced for some of the biggest publications, including Life, Newsweek and The New York Times. She also published five books of her photographs, though her work was not really known outside the photography world.

For her family, seeing Gottfried’s work displayed after her passing is both powerful and important.