Much like his famous father, has centered his campaign a lot on crime 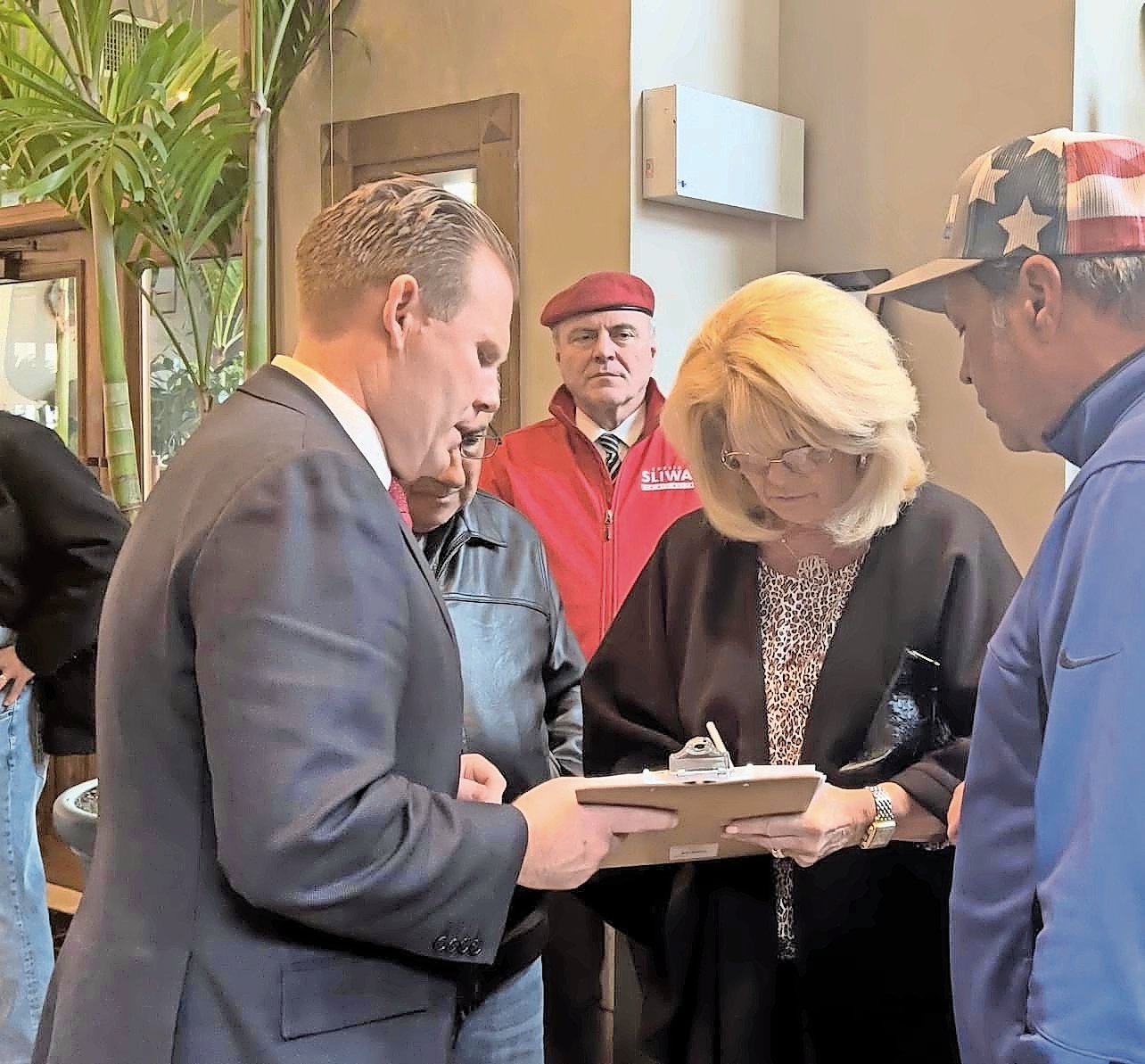 Andrew Giuliani looks to be the first Republican to return to the governor’s mansion since George Pataki finished his third and final term in 2006.
Courtesy the Andrew Giuliani gubernatorial campaign
Talking to the candidates

Herald Community Newspapers provided a chance for all of New York’s gubernatorial candidates to meet with a select editorial team to present their views and answer questions.

U.S. Rep. Tom Suozzi and Andrew Giuliani, a former special assistant to the president in the Trump administration, are featured this week.

The responses of the other candidates who took part in the roundtable sessions will be published next week.

New York hasn’t backed a Republican governor since George Pataki was re-elected for the second time some 20 years ago. But Andrew Giuliani is convinced the Democratic policies under longtime Gov. Andrew Cuomo and his successor, Kathy Hochul, have changed the viewpoint of many voters in the state, who are living with higher crime rates, historically high inflation, and ongoing coronavirus pandemic restrictions that even cost Giuliani a chance to participate live in a recent televised debate.

“I love looking at every single independent poll that has not been paid for by a competitor of mine that either has us winning this race or is within the margin of error,” the 36-year-old former Trump administration official told a team of reporters at a recent Ballot Session roundtable. “I think it’s been really a tribute to the fact that at the very beginning of the campaign, we focused on trying to meet with as many of the 2.9 million registered Republicans — and frankly, the over 10 million New York voters. It hasn’t exclusively been Republicans. It’s been conservatives and non-affiliated independents, and certainly any Democrats that are looking at voting Republican.”

The son of former New York City mayor Rudy Giuliani, Andrew Giuliani was first hired by President Donald Trump as an associate director of the White House public liaison office before being promoted to special assistant.

Like his father, Giuliani has focused much of his campaign on crime, lambasting the cashless bail system, saying he would do away with it the moment he was sworn into office.

“On Day One,” he said, “I have pledged that I will sit down with Carl Heastie and Andrea Stewart-Cousins” — the speaker of the State Assembly and the State Senate majority leader — “and tell them very simply that unless there’s a full repeal of bail reform on my desk, I will not be funding their top priorities in our upcoming budget priorities.”

As far as the state budget is concerned, Giuliani pledges to carve out $5 billion to be used solely at the discretion of local or county law enforcement. “Let’s say a sheriff’s office is not getting the resources they need,” he said. “They can tap into the state to get those resources.

“Look, New York state leads the country in net out-migration, and that’s not just because of crime,” he added. “But I do think that’s one of the main reasons why, under an Andrew Giuliani administration, we will look to curb that on Day One.”

Giuliani would also try to oust Manhattan district attorney Alvin Bragg, who has been tasked with investigating some of Trump’s business dealings in the state.

As far as guns are concerned, however, Giuliani is not prioritizing stricter gun-control measures. Even after the May 14 mass shooting that claimed 10 lives in Buffalo, Giuliani says the problem is rooted in illegal guns — something law enforcement has failed to get under control.

“When I think about the overall defunding of the police movement, one of the things that this does is it makes it tougher for police to proactively police,” he said. “To have the resources necessary to actually get some of these weapons out of the hands of the criminals that are actually doing most of the crime.”

If Giuliani were elected governor, he would immediately face a heavily Democratic state legislature that could curtail much of what he has planned. But that’s not something he expects to be a problem for long.

“I do think both of these super-majorities will cease to exist in 2023,” he said of the Assembly and senate. “I look at the state senate (district) lines, and I’m very confident that we will win back seats in the state senate. And who knows? With the right guy at the top of the ticket, we may even challenge to win the state senate back.”