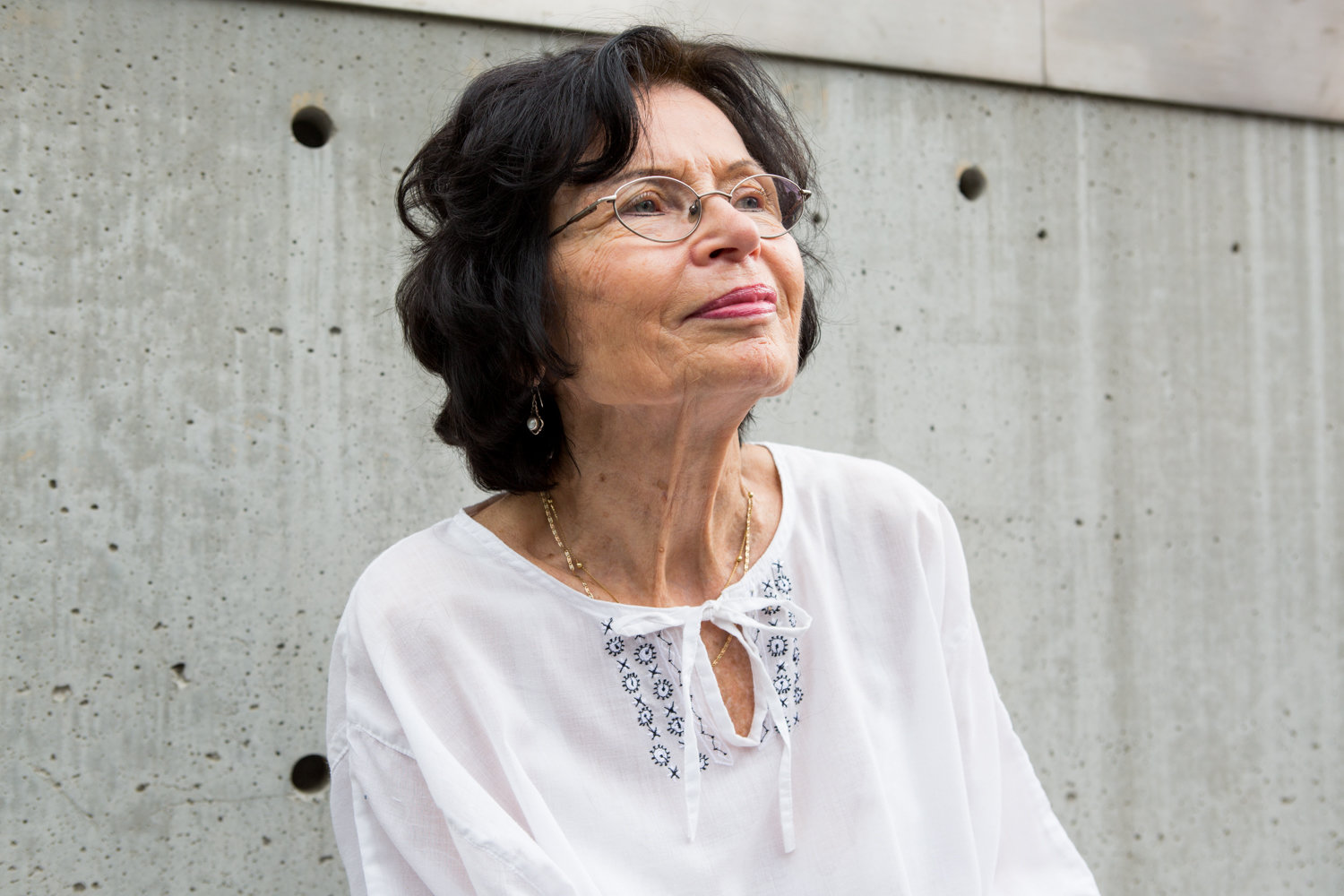 Anneros Valensi was a fixture at the Kingsbridge Library, where she was a member of a writers circle led by Meriam Helbok. She died April 29 at 81.
JULIUS CONSTANTINE MOTAL / File 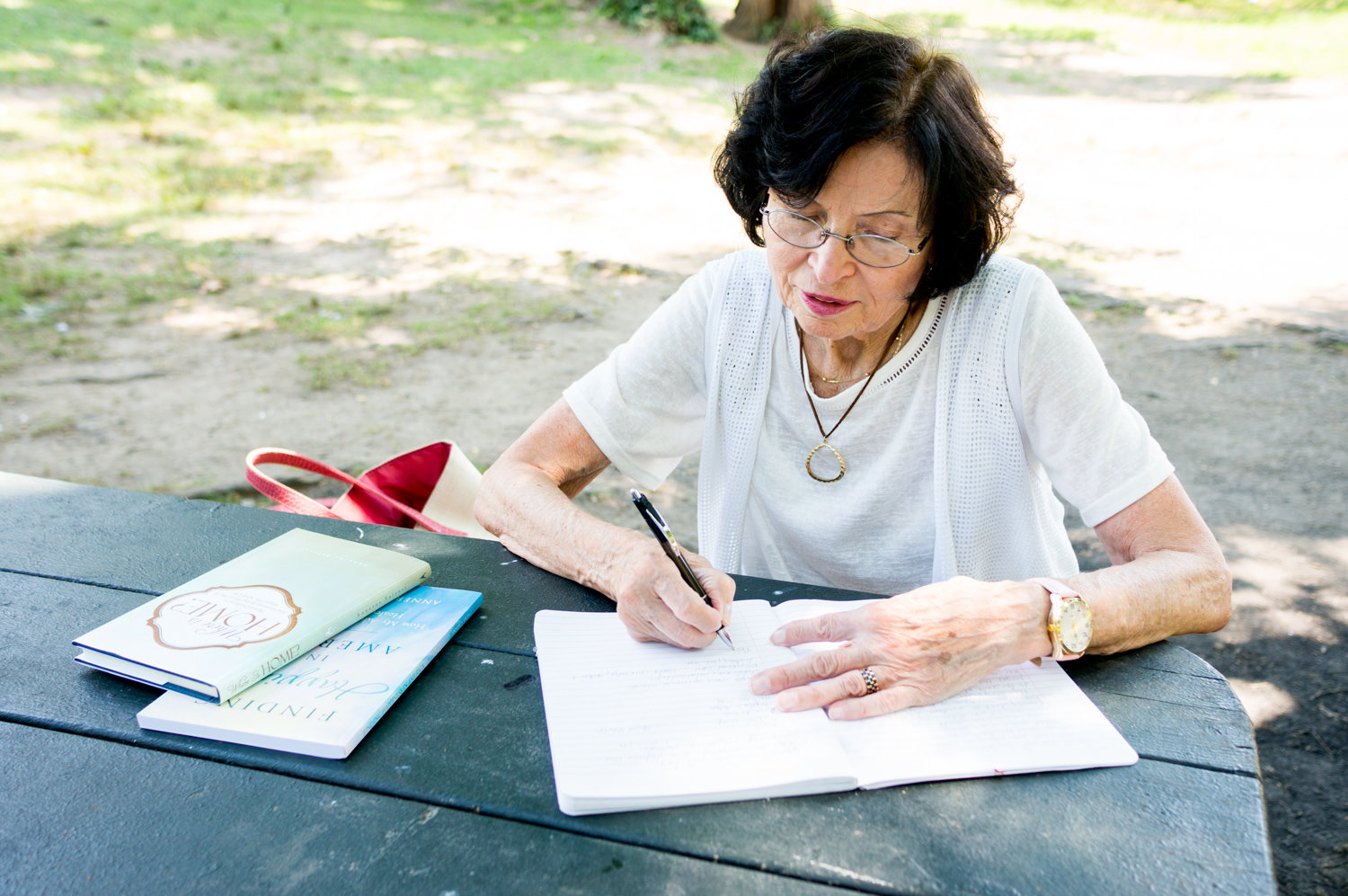 Anneros Valensi, writing down ideas in her notebook back in 2017, died April 29. The longtime resident was 81.
JULIUS CONSTANTINE MOTAL / File 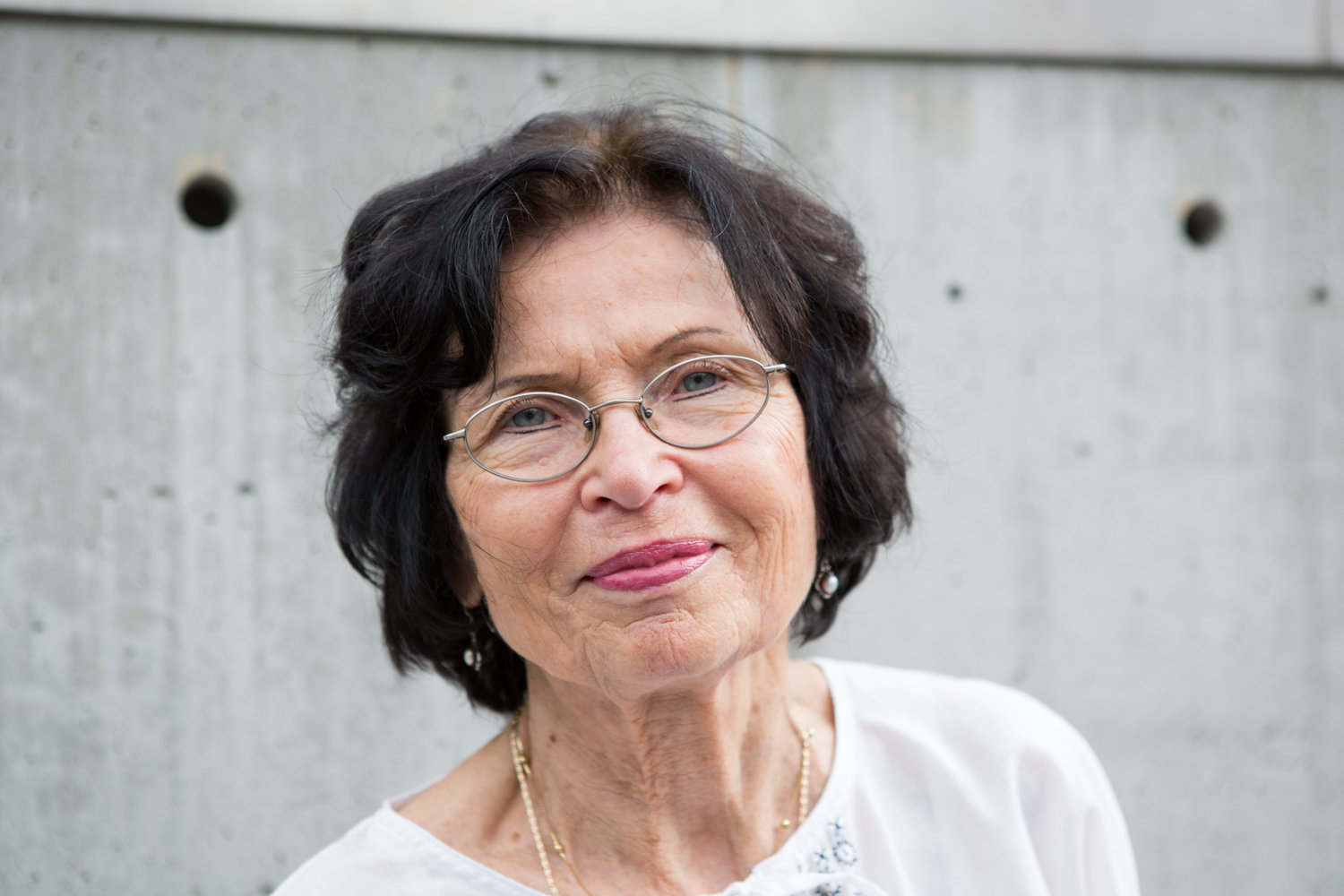 Anneros Valensi found writing late in life, turning it into an opportunity to write not one, but two books on her journey from East Germany following World War II to Riverdale in the 1970s. Valensi died April 29. She was 81.
JULIUS CONSTANTINE MOTAL / File
Previous Next
By MICHAEL HINMAN

Life wasn’t easy for Anneros Valensi growing up in East Germany after the fall of Hitler.

“The bathroom was not usable,” Valensi told The Riverdale Press in 2017. “The toilet was badly blocked, the tube covered with feces. There was little food, no more grocery store, no butcher. People who still had money bought meat, eggs and grain from farmers through the black market, since the Russians had claimed everything,”

Valensi counted the days to when she would turn 18 with hopes of leaving the Eastern Bloc. When that day finally came, Valensi realized she had nowhere to go. Yet, that was the beginning of a story that would span decades and continents — all eventually compiled into memoirs she would write late in life, while making her home in Riverdale.

And it was Riverdale where Valensi’s story ended April 29, according to her closest friends. She was 81.

Valensi found a true love for writing late in life, and was a regular at the Kingsbridge Library writing circle hosted by Miriam Helbok. Staying in the spirit of what the writing circle is all about, Helbok put pen to paper after learning about her friend’s passing, writing a eulogy celebrating Valensi’s “fierce determination to become independent and make a better life for herself.”

“Tall and slim, with lovely blue eyes and black hair, Anneros was truly beautiful,” Helbok wrote. “She was also outstandingly vibrant and vivacious, two words that immediately come to the minds of everybody who knew her. Courageous, charming, warm, generous, kind, helpful, friendly, with a fine sense of humor and a delightful laugh — those characteristics, too, made Anneros a beloved friend and neighbor.”

Finding freedom away from communist control, Valensi realized she could finally find a place on Earth she felt most comfortable.

“I wanted to have that feeling where you get to go home,” she once said.

England wasn’t it. In fact, Europe wasn’t it. Valensi journeyed across the Atlantic Ocean, finding herself in Kansas City. It was here Valensi would base the second of her two memoirs, “Finding Happiness in America.”

Valensi wouldn’t stay long. She got a job as a flight attendant with TWA, bringing her in and out of New York on a regular basis. And it was in New York she would meet her husband, Quentin Valensi, a French-born surgeon.

“He made me whole because he gave me the home that I never had,” Valensi once said. “There was no family when I left, so he was my family.”

The two were married within three months, and not long after, son Jean-Paul was born, followed later by daughter Vanessa. The couple would move to Riverdale in 1970, when Jean-Paul was 2, according to Helbok.

By this point, Valensi had found a love in fashion and marketing, learning everything she could on the topics. She became the manager of a hospital gift shop, and later, opened her own small boutique in Riverdale that specialized in women’s clothing and accessories.

But in the 1990s, Quentin — the love of her life — got seriously ill. Valensi closed up her shop so she could take care of him, staying by his side until his death in 1997.

A memoir writing course at Wave Hill got her started in sharing her life story in the written word, continuing her education through various classes at local libraries, including Helbok’s circle at Kingsbridge Library. Before self-publishing “Finding Happiness in America,” she first wrote “Where Is Home” about growing up in East Germany during World War II, and the impact it made on the rest of her life.

Former Kingsbridge librarian Rabecca McDonald remembered Valensi as someone who always was positive and vibrant.

“I know there will be a hole left at the writing circle without her there,” McDonald told Helbok.

The writing circle — which hasn’t met in recent weeks because of the coronavirus pandemic — got together virtually to write a final poem for Valensi, “A Poet’s Farewell,” which they published in Gary Axelbank’s online newsletter, ThisIsTheBronx.

A remembrance to all of my friends

I offer you a life.
One well lived, and its story.
Sadly, mine is now a road shortened,
But it is one well-traveled with many a tale of joy and hardship.
Yet know from my smile that the joys have always prevailed.

My work is my gift to you.

But even so, I hope my smile has been the greater blessing.
I offer you my everlasting friendship as I have given freely of my embrace.
Let us bask in each other’s words, just as we’ve shared our dreams.
I ask only that you keep me in your heart,
As my words have kept the world in mine.