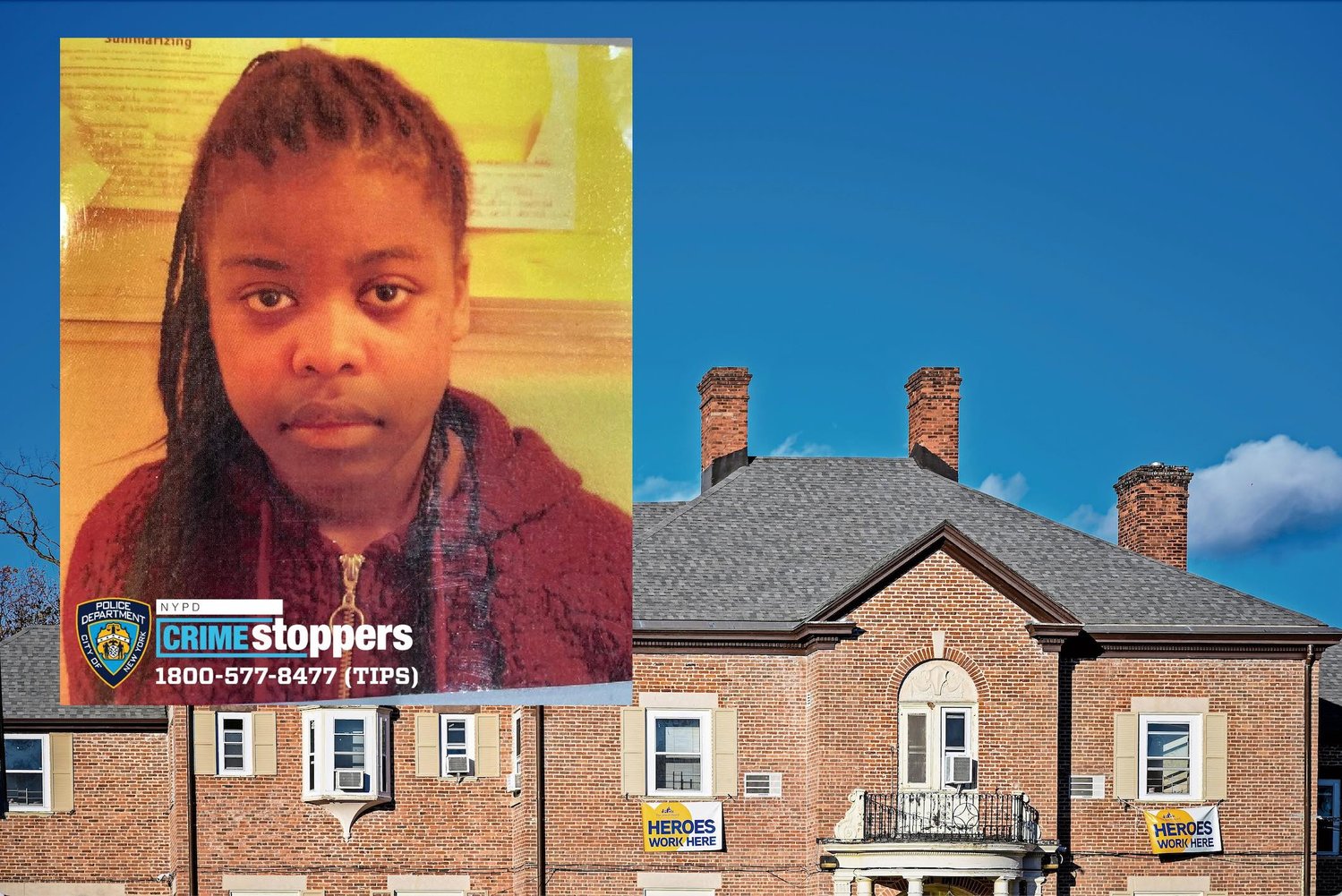 Police are looking for Deynea Fludd, who they say was last seen at the Henry Ittleson Center on Iselin Avenue Saturday morning at 9. She is the fourth girl to disappear from the facility in less than three weeks, although the other three girls — who went missing at the same time — were found a short time later.
Original photo by Hiram Alejandro Duran / Photo illustration by Michael Hinman
By MICHAEL HINMAN & ROSE BRENNAN

Just weeks after a Fieldston-area youth treatment center had three missing girls returned to it, police reportedly are on hunt for one of its residents again.

Cops are looking for 11-year-old Deynea Fludd who they say was last seen at the Henry Ittleson Center on Iselin Avenue on Saturday, just after 9 a.m.

Fludd is described as Black, 5-foot-5, 120 pounds, with brown eyes and black hair. She was last seen wearing a black-and-white jacket, blue jeans, red sneakers, and a green durag.

Fludd's disappearance comes just two weeks after three other girls disappeared from the facility on Nov. 18. The girls were found a short time later, but police provided no other details.

Hawk Newsome, who describes himself as co-founder of Black Lives Matter New York, stood outside the 50th Precinct the day the other girls were found, decrying what he said was a lack of accountability in keeping the girls safe.

"There has been no accountability on behalf of the city," Newsome told reporters that day. "These are children who went missing, and somehow crossed state lines in New Jersey."

Police have not corroborated those claims, but Newsome — whose BLM group appears to be separate from Black Lives Matter Global Network — said the girls were found in an apartment in Newark, being held by a woman who was wielding a knife.

Newsome claimed the girls may have been human trafficking victims — although such claims have yet to be corroborated by law enforcement. Yet, the aunt of one of the first three victims — Jadé Coachman — told The Riverdale Press just before Thanksgiving that she suspected human trafficking was involved as well.

"My father and brother were out there at the 50th Precinct when she arrived," Coachman said. "The first thing she did was jump out of the car and give my dad and my brother a hug. And then she went inside. We were outside for six hours thinking that she was coming with us. That was our thought. That was all we were praying for."

Instead, Coachman's niece and the other girls were taken away to another facility for evaluation, she said, and they didn't get a chance to see her.  When the missing report went out for the other three girls, Coachman said she was disappointed that an Amber Alert — used to help get the word out about missing children quickly — was not used.

The Citizen app — run by a company independent of police departments — is designed to share real time police actions, although much of the information is unverified, and simply pulled from scanners. However, at least in the greater Riverdale area, Citizen was one of the first to report the missing girls last month.

The Ittleson Center houses what The Jewish Board describes as a home for "young, emotionally traumatized disturbed children" who are referred by the state's mental health office. The 32-bed facility caters to children between 5 and 13.

Now police are looking for Deynea Fludd. Anyone with any information is asked to call the New York Police Department's CrimeStoppers hotline at (800) 577-8477, or by logging onto the CrimeStoppers website at NYPDCrimeStoppers.com.

Tips also can be submitted on Twitter through @NYPDTips.