Another year goes by with no changes to budget process 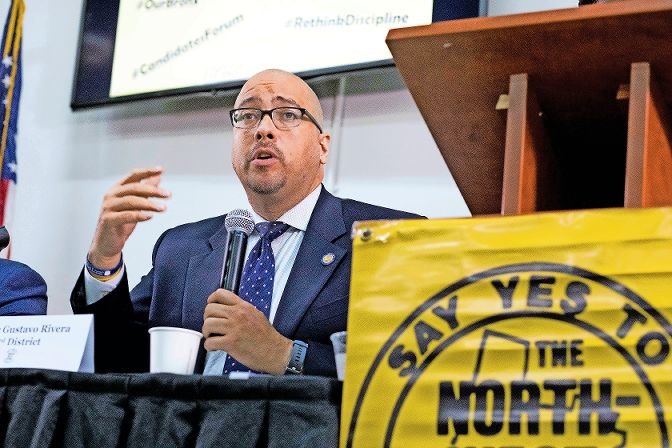 State Sen. Gustavo Rivera co-sponsored the Budget Equity Act, which would have amended the state constitution in an effort to balance budget responsibilities between Gov. Andrew Cuomo and lawmakers. However, with the legislature not currently in session, the Aug. 3 deadline to pass the bill has come and gone without action.
JULIUS CONSTANTINE MOTAL / File 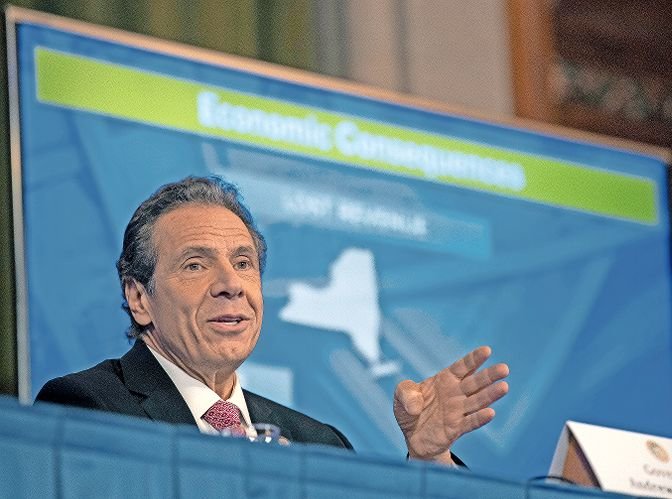 Some state lawmakers, including state Sen. Alessandra Biaggi and Assemblyman Richard Gottfriend, say New York’s governors have too much power over the annual budget. They attempted to amend the state constitution to balance power, but with the legislature scattered across the state due to the coronavirus pandemic, they were unable to get everyone together in time to take a vote.
Courtesy of Mike Groll/Office of Gov. Andrew Cuomo 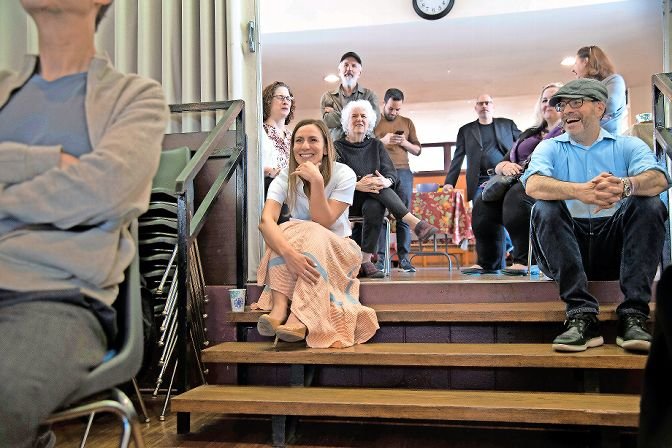 State Sen. Alessandra Biaggi thinks the governor simply has too much power over the state budget, allowing the executive to pass bills and change laws as well as allocate money for the fiscal year. Biaggi introduced the Budget Equity Act earlier this year, but lawmakers were unable to reconvene in time to pass the bill before the Aug. 3 deadline.
BOWEN WALSH FERNIE / File
Previous Next
By KIRSTYN BRENDLEN

The process to set and approve the New York state budget is nothing new. Planning can begin as early as summer, rolling through several phases before the governor submits his own executive budget to lawmakers, who then hold hearings and propose changes.

In the end, Gov. Andrew Cuomo can line-item reject any changes the legislature suggests. That’s because New York uses what’s known as an executive budget process, meaning the governor has most of the control over what goes in. And while talk of a budget usually suggests allocating money, the state budget also can change laws.

The most recent budget, for example, legalizes gestational surrogacy in New York, works to expand e-bike legalization, and bans the “pink tax,” which puts additional charges on sales like menstrual products.

For some lawmakers, though, that’s part of the problem. They say the executive branch just has too much power over the budget, leaving elected state senators and Assembly members without much influence.

The bill — backed by a number of colleagues, including Sen. Gustavo Rivera — was intended to amend the state constitution in an effort to equalize the sides making and approving the budget. It was intended to allow the legislature make additions and changes to policy issues, letting the governor veto if he wished, but still giving lawmakers the power to override those vetoes.

Biaggi was joined by Rivera and other state lawmakers in the Assembly including Yuh-Line Niou, Catalina Cruz and Charles Barron during a July 27 press conference calling for leadership to reconvene the state government to vote on the bill.

There was particular urgency on that day because if they wanted any chance of amending the state constitution, the measure would need to be on the November ballot. But it couldn’t go in front of voters until the legislature voted on it first.

It’s part of a longer process that would then require lawmakers to approve the measure again in a new session, before once again going back to voters for final approval.

To make all that happen, lawmakers had until Aug. 3 to approve the bill. But the state government was never called back for a vote, and the bill will likely remain in limbo for the next three years. At least.

“Until the legislature has equal power in the New York state budget process, we are never going to be truly able to fulfill the needs of our constituents,” Biaggi said during the live-streamed conference. “Our role as legislators is to make thoughtful policy decisions in the interests of the people we represent.”

With Cuomo holding nearly “unilateral control” over the process, she said, it’s impossible for lawmakers to stand up for the districts they represent.

The failure to take a vote was particularly frustrating, Rivera said, in an era where it could have been done on a simple video call.

Rivera has been frustrated with the budget process since he was elected to office nearly a decade ago. As he sat through long hearings, he felt the governor overreaching in his power.

“I was so struck by how it was something that was obviously so driven by the governor, and strictly the governor,” Rivera said. “Like we had to convince him that we should give him the document that had something different on it as opposed to be able to propose different things and fight back in a real way.”

The coronavirus pandemic has seriously impacted both the state and city budgets this year, especially as the state already faced a $6 billion deficit. Part of Cuomo’s response was making cuts to Medicaid — something Rivera said he and his colleagues wouldn’t have done, especially right now.

“None of us, during a time of pandemic, none of us legislators would have wanted to cut Medicaid during this process,” Rivera said. “We wouldn’t have wanted to do that. None of us would have thought it was fair, as we are asking poor and working-class New Yorkers to sacrifice more every single day, none of us would have voted to leave millionaires and billionaires without higher taxes — which they can afford — as they have been getting wealthier by the day.”

Community organizations, tenant organizations and other activist groups have signed onto letters supporting the act, Gottfried said, and believed people were starting to become more aware of the process. In fact, many people he’d spoken to about the amendment were shocked to discover how much power the governor wields over the budget.

“Amending the New York state Constitution is not an endeavor I take lightly,” Biaggi said. “But I view this as the last line of defense against a system of democracy that has been slowly eroded by the executive branch over decades in our state.”

Lawmakers and the governor passed a $177 billion budget earlier this year, but the state can only spend a little more than $100 billion of it unless the economy recovers, or the federal government contributes more money in the wake of the coronavirus pandemic.