Art springs forth with some new life 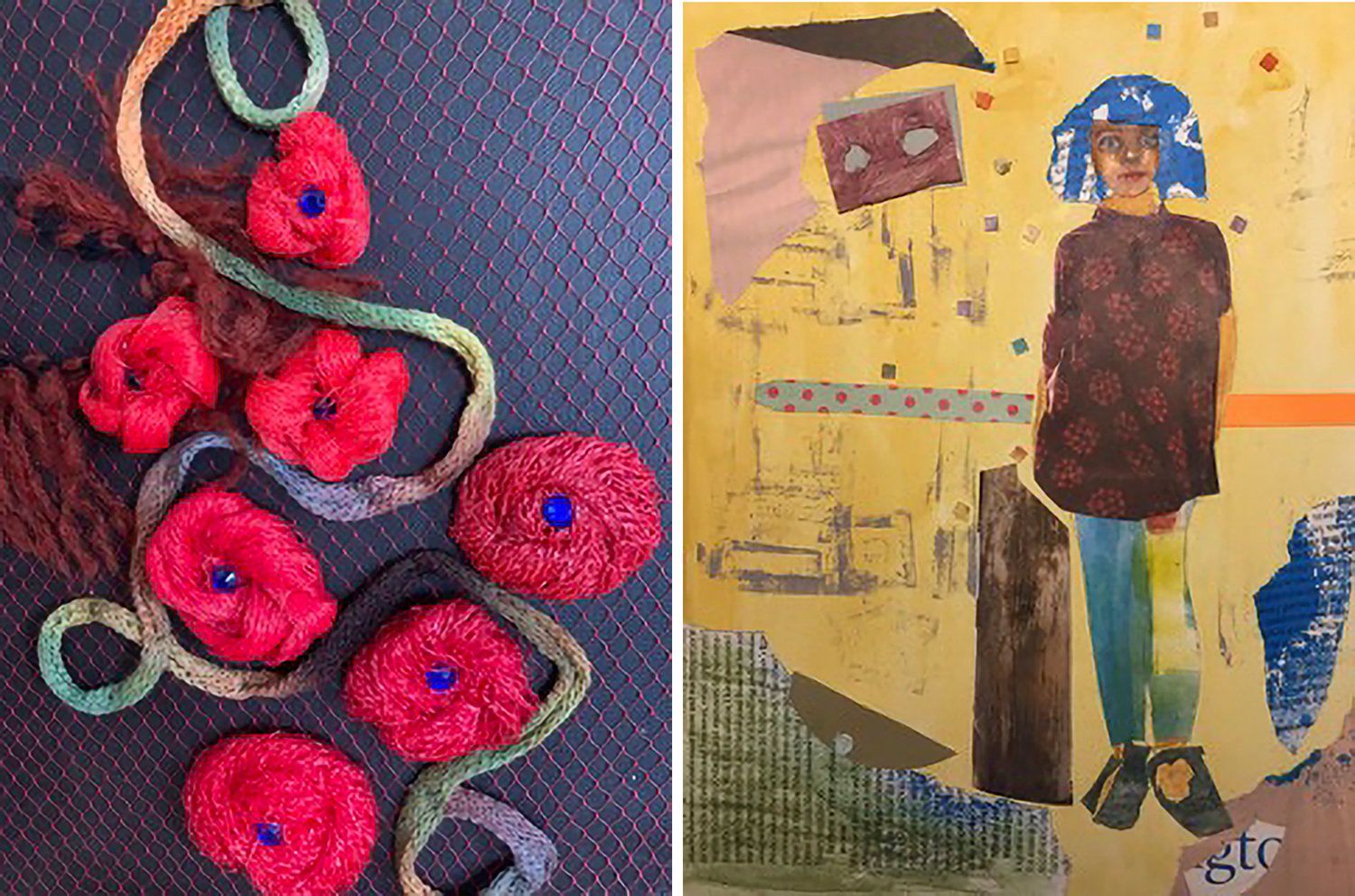 The flowers in ‘Serenity,’ left, are made of non-biodegradable plastic produce nets, created by Diana Catz with materials found around her home. ‘Woman in the Sun, right is a collage by Sharon Krinsky. Both pieces included in the latest virtual exhibition hosted by the Riverdale Art Association, ‘Renewal and Rebirth.’ 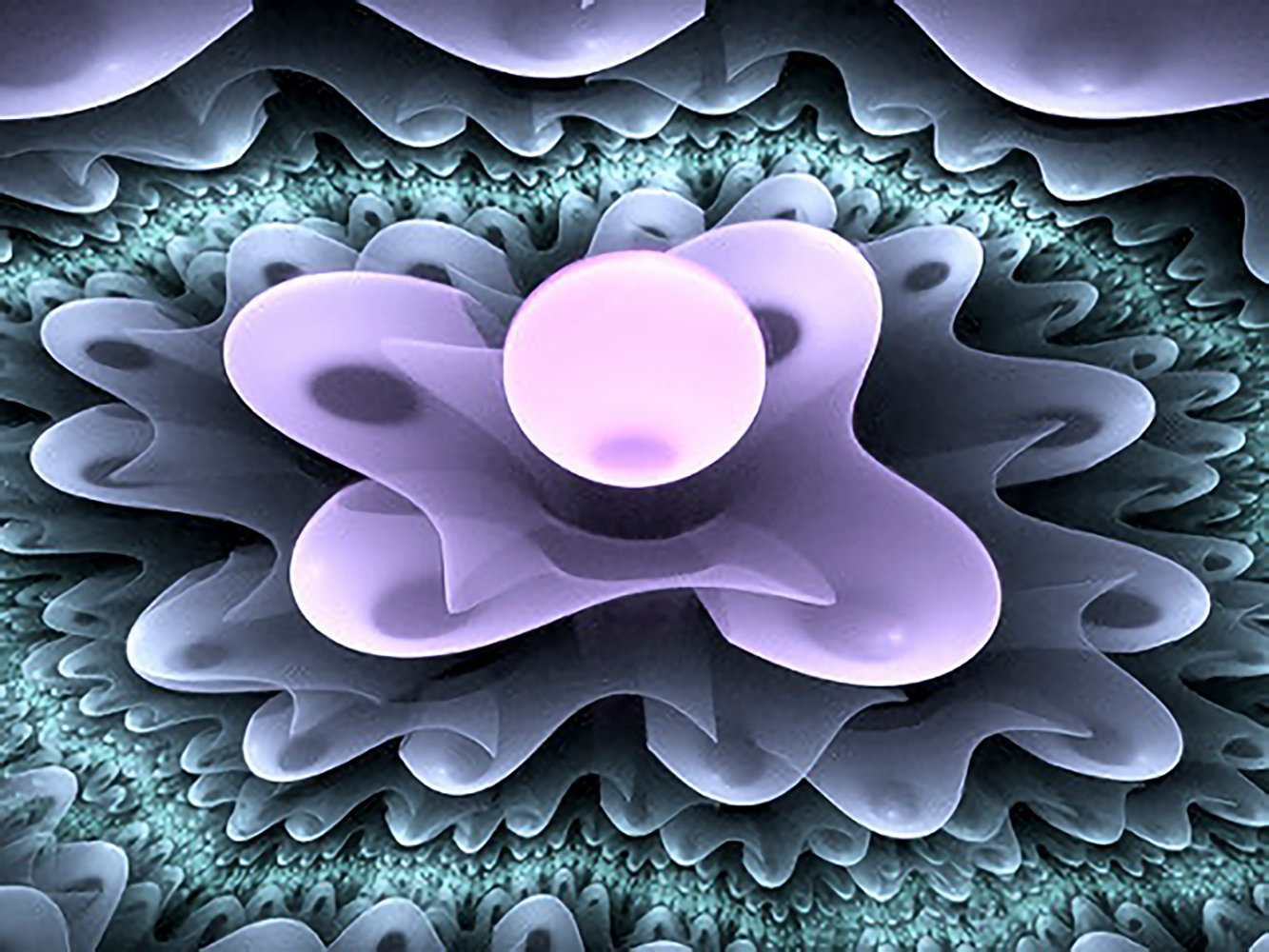 Myra Joyce offered her fractal art ‘Splash’ to the ‘Renewal and Rebirth’ exhibit, hosted online by the Riverdale Art Association.
Courtesy of Myra Joyce
Previous Next
Want to 'visit?'

With the past year filled with so much many of us would rather forget — you know, like  the coronavirus pandemic, a change of pace, if not an outright rebirth — couldn’t be more welcome. And if the Riverdale Art Association has anything to say about it, it’s just what the doctor ordered.

Although we have now officially entered the summer, the local artists have released a spring-themed virtual gallery — “Renewal and Rebirth” — featuring the work of 15 artists from a spectrum of skill levels. From digital compositions to acrylics on canvas, Renewal and Rebirth pays homage to the fresh beginnings brought by spring.

Myra Joyce channels her affinity for computers into fractal art, or mathematical equations that generate a picture.

Originally, Joyce — who sits on the art association’s board — saw herself as a researcher, focusing on neuroscience and psychiatry. But little did she know her scientific career path would have artistic aspects to it as well — and could hone her affinity for photography as well as digital art.

“A lot of it was working at neurons that had been dyed and making pictures from that for scientific articles,” Joyce said. “I can appreciate the visual arts, but I never considered myself an artist. Because for me, prior to digital art, art was painting or drawing, which I don’t have the gene for.”

During her time examining neurotransmitter interactions in rat brains, Joyce also developed a love for computers, which she says she loves “more than anything.” Before long, she was teaching herself web design and quitting research to work at Columbia University’s School of Nursing as its web and database master.

But when she’s not using computers to collect a paycheck, Joyce can be found using them to make her art. And two of her more recent pieces are featured in this latest exhibition.

One of her pieces, “Splash,” features many overlapping lines, which mimic the ripples of still water disrupted by a small object. The disruption of monotony, she says, is a perfect parallel for how the exhibition stirs its viewers from the sleepy slump of the pandemic.

That might be the end result, but Joyce creates from a blank slate and makes the moves up as she goes.

“I just take the picture, and I play around with the colors, the way the light affects the picture,” Joyce said. “It affects the three-dimensionality. And I can also play around with, then, how much of each of the different parameters that I put in will be emphasized or de-emphasized. And so at some point in my manipulation of all these parameters, I finally have to reach a point where I say, ‘OK, got it.’”

Diana Catz, the art association’s exhibit director, makes sustainability a key point in her work, “Serenity.” It features flowers — a common sign of spring, albeit in a different way than one might expect. These particular flowers are made with non-biodegradable plastic produce nets.

“I am trying to reduce my carbon footprint,” Catz said. “So I am using everything I have at home that I cannot recycle.”

It’s been a very difficult year amidst the coronavirus pandemic, including for Catz. But she hopes her piece inspires a calmer feeling than the initial panic and eventual dread felt by many over the past year.

“The artwork was inspired also by the fact that we were in the pandemic,” Catz said, “and you find moments of tranquility in the middle of chaos.”

As the art association’s executive chair, it’s up to Catz to organize its exhibitions. But the pandemic presented a challenge for that as well, and the only space the art association could use for the foreseeable future was the Internet.

But a digital platform also allows for more creativity — although it’s not without challenges. For instance, rather than hanging 26 pieces on a wall of a gallery, Catz has to make a video displaying all 26 of “Renewal and Rebirth’s” pieces. And she has to decide in which order they should appear.

To top it all off, Joyce  chose a soundtrack — in this case, it was aptly “Four Seasons” by Vivaldi.

None of these many decisions are without consequence.

While Joyce’s art technique reflects her love for computers and science, Catz’s reflects a lifelong love of education. Originally from Argentina, Catz came to the United States to do post-doctoral work, but she soon grew bored of science. She then pivoted to studying public health and nursing.

But even before all of those degrees, Catz was trained in drawing and composition. And now she combines her love for both in her artistic approach.

“I am always trying different techniques,” she said, “and working with different materials.”

Whether it’s through a collage, an image of fresh fruit circling a pitcher stuffed with colorful flowers, or a single bluebird perched on a leafy branch, “Renewal and Rebirth” is centered on the concept of new life. And after the past year or so, Joyce thinks a new life — or outlook on it — might be just what everyone needs.

“We have an opportunity to reinvent ourselves,” Joyce said, “to look at life with a different perspective.”

CORRECTION: Myra Joyce chose the music to be included in the Riverdale Art Association’s virtual exhibit, “Renewal and Rebirth.” Also, Diana Catz is the club’s exhibits chair. A story in the June 24 edition provided incorrect information.