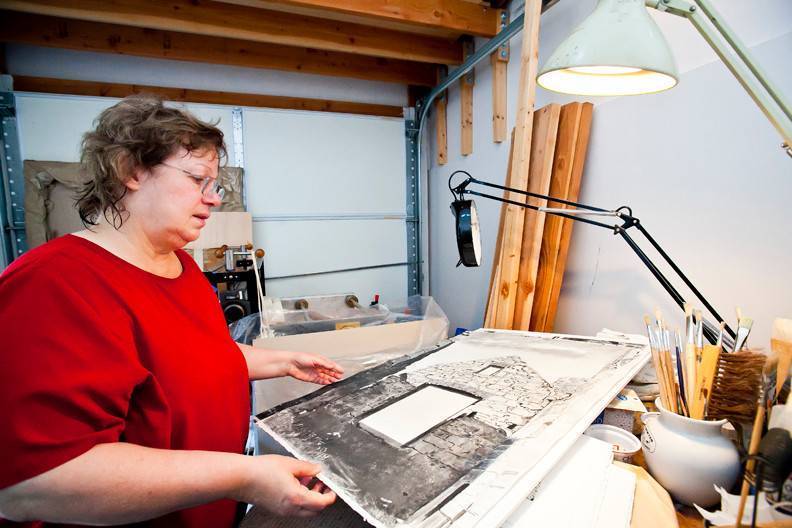 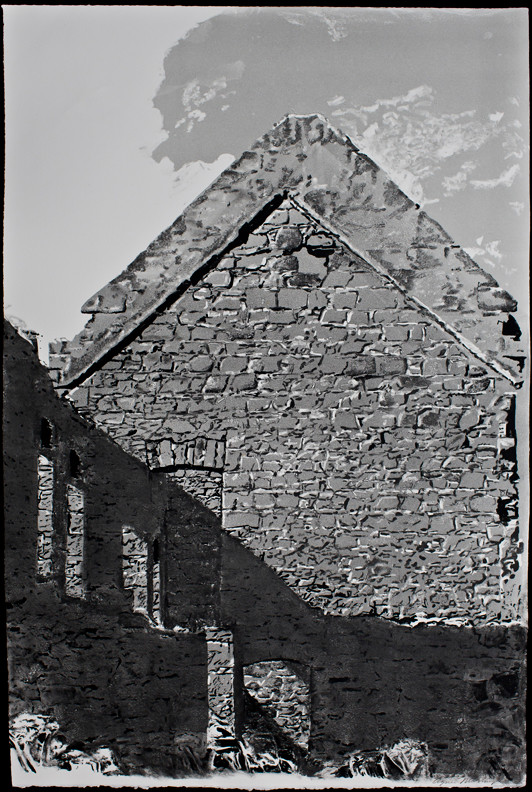 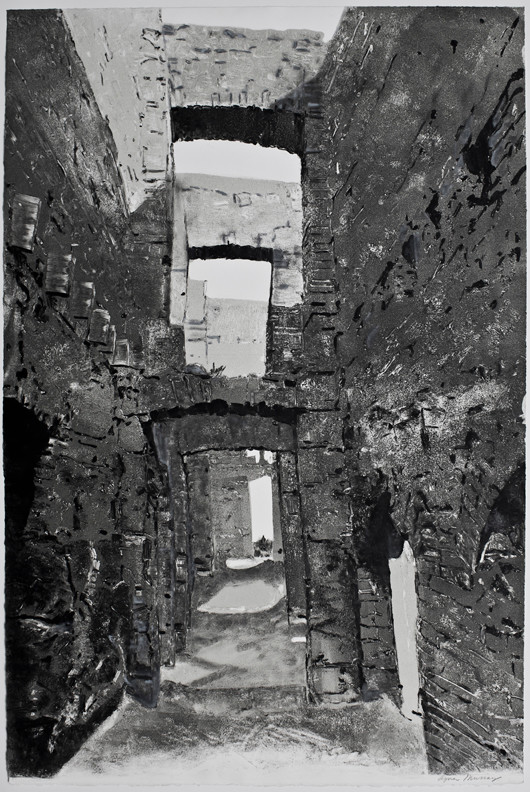 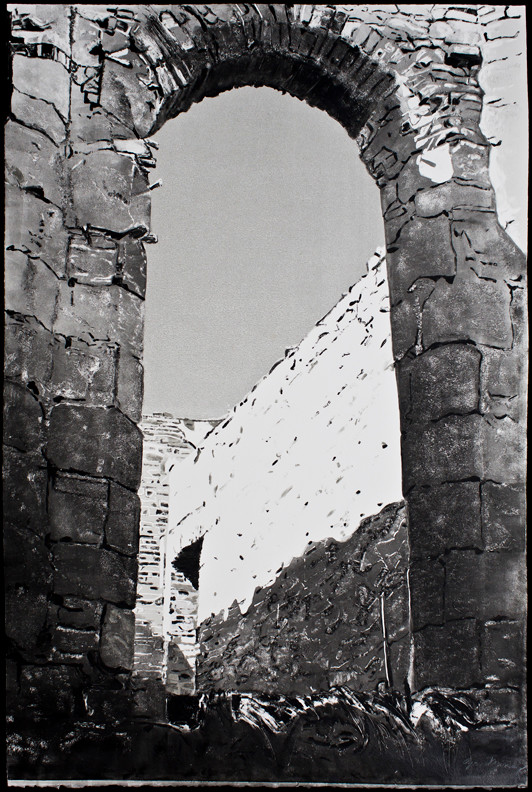 Legend has it that Slains Castle near Aberdeen, Scotland provided the real-life basis for Dracula’s home in Bram Stoker’s famous novel. But for Riverdale artist Agnes Murray, the huge, ruined building has lent itself to more serene works of art.

A series of monotypes depicting different views of the castle won her a Bronx Recognizes Its Own (BRIO) award for artistic excellence from the Bronx Council on the Arts earlier this year.

During a recent visit to her West 259th Street home studio, Ms. Murray explained that the series is both a personal expression and a meditation on space.

The artist’s husband comes from the same region as the castle. After a first visit to the site in 1984, she found the building in largely the same condition on a trip in 2010.

“Over time, layers of meaning and interest start to become [apparent] to you,” said Ms. Murray, 63. “Many things had changed, but the castle itself was very much the same way.”
None of her black-and-white monotypes of Slains Castle show the structure in its entirety. Instead, the images focus on various angles that a person might see while walking in and around the building.

Three of the monotypes take the viewer further and further down a shadowy corridor. The effect is similar to zooming in on a camera. But while in the first image, a hallway and pools of light are recognizable, by the third one, details have faded away and the work has a highly abstract quality reminiscent of a minimalist mural.

“As the visual cues sort of fall away, you can’t read what it is in terms of subject matter and you’re left more with shapes, colors, values — the more abstract elements,” the artist said.

Ms. Murray, who teaches design and other art classes at Bronx Community College, said photo realists in vogue during her undergraduate days remain a strong influence on her own work. She based the monotypes in her series, called Approaching Slains Castle, on photos she took of the site.

“Some of my professors were photo realists and my bent was realism,” she said. “It was a way to sort of theoretically be allowed to work in realism at that point.”