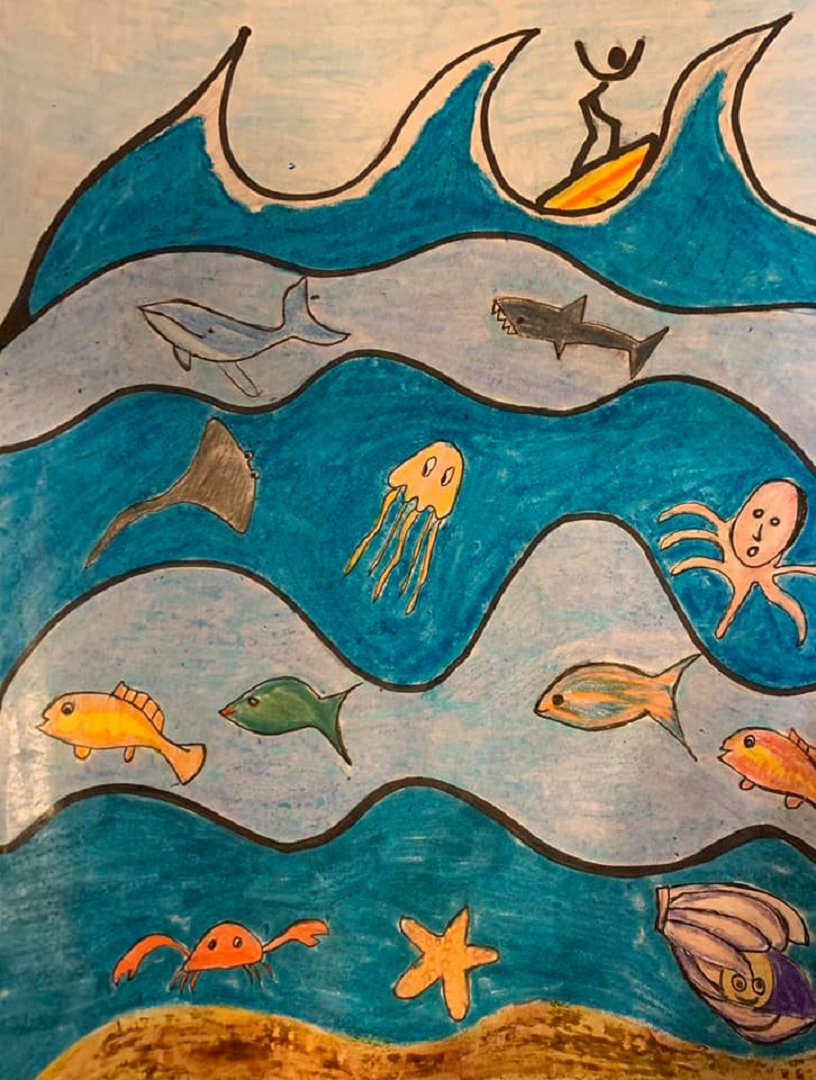 An aquatic scene is one of many drawings artist Nina Velazquez has posted on Facebook as part of a series for families and children wherein she encourages fun while staying at home during the pandemic.
Courtesy of Nina Velazquez 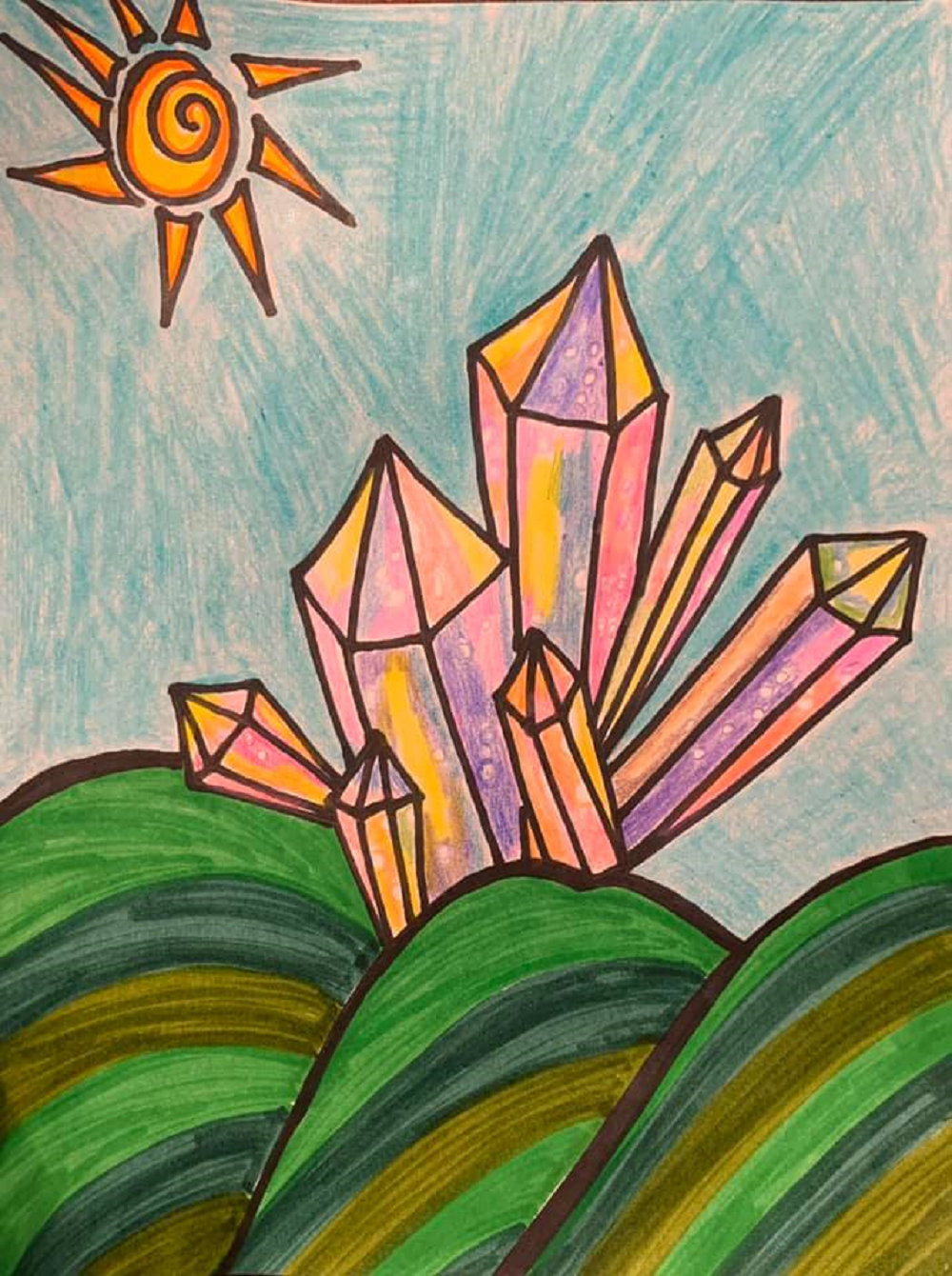 Nina Velazquez got a bit experimental with one of her drawings when she added some crystals to a landscape. She posted it on Facebook so that families and children staying home during the pandemic could draw their own versions of it.
Courtesy of Nina Velazquez 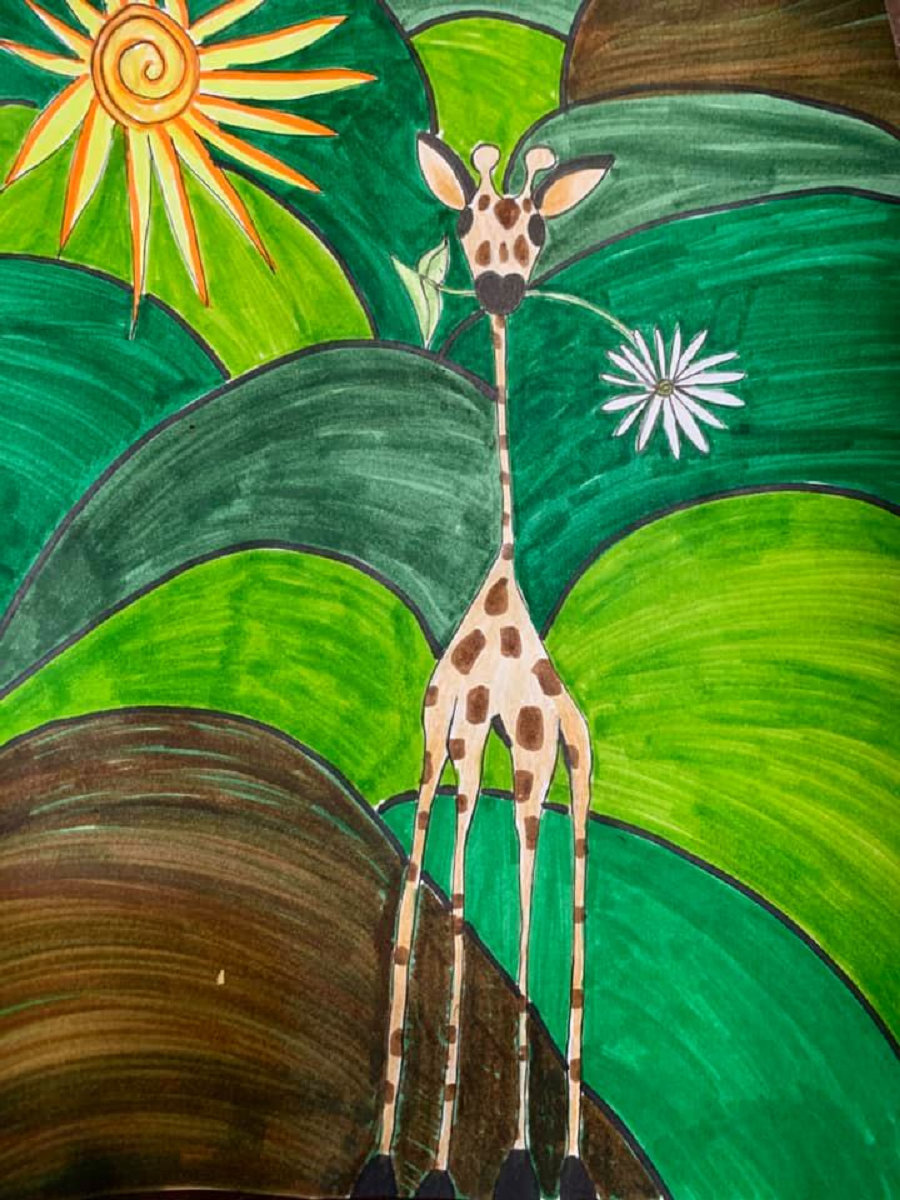 Artist Nina Velazquez encourages people online to draw their interpretation of a giraffe set against a natural landscape as part of an art series for families and children staying at home during the pandemic.
Courtesy of Nina Velazquez 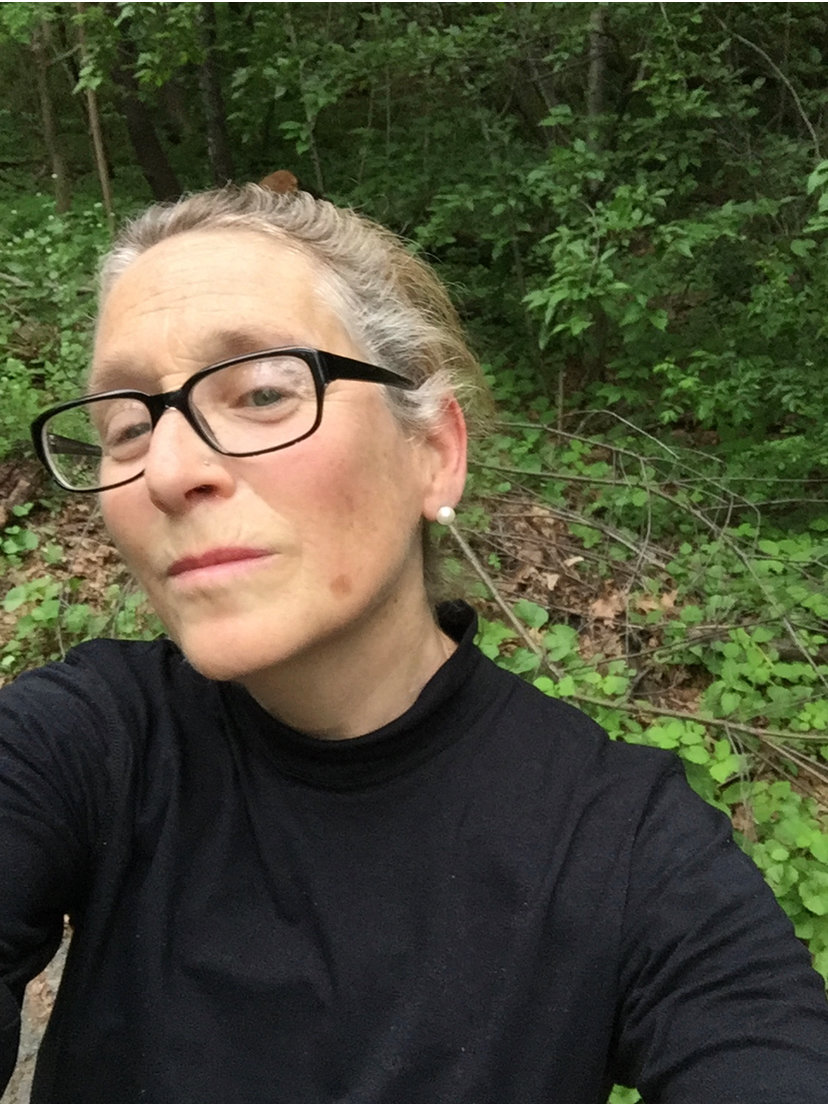 Artist Nina Velazquez has taken to Facebook to host a drawing workshop for families and children sequestered during the pandemic. Velazquez encourages people to draw their own interpretations of her drawings and post them online.
Courtesy of Nina Velazquez
Previous Next
By RAPHAEL LASSAUZE

On an early spring morning, a jogger paces down Riverdale Avenue. Her earphones are in, her ball cap bent just over her eyes. Friends passing by in cars call out and keep going. Then she’s gone.

On the side of a mailbox is a woman’s face, drawn in chalk. There are others, as well. On a wall. On the sidewalk. Hiding behind a tree. The jogger passes some of these faces without a second thought.

The jogger and the artist just happen to be one in the same. Nina Seigenfeld Velazquez has lived in Riverdale for nearly 30 years, and like many, she has had to adapt to life in a city shut down in an effort to turn the tide on the coronavirus pandemic.

On an early March evening, Velazquez sits down at her desk with some paper and markers, setting about drawing an abstract plane of sunlight and brightness, along with a silhouette of a man running from one end of the page to the other.

The next morning, she posts it to Facebook, sharing it to other pages and with friends, to families she knows. But she also includes something else: instructions.

It’s the first day of “Come Draw With Me,” a series of remote art classes Velazquez hosts that includes open-ended instructions on how to produce a piece similar to what she’s already created and shared.

“What I love about it is that you can post it or not post it,” Velazquez said. “The instructions I provide aren’t set in stone. It’s entirely unnecessary to force kids to make art in such a particular way — they see what they see, and make what they want to make based on that. That’s all I want, and it’s so wonderful to see.”

Velazquez’s love of the city and all who live in it comes from decades of emotional and educational investment in the arts and learning, going back to the rough-and-tumble environment of 1970s Manhattan.

“Growing up, I thought that if you didn’t raise your child in Manhattan, you were a bad parent,” Velazquez said. “I was absolutely wrong, of course, (a) very childlike thing to think. It was just my love for the city — growing up on the steps of The Met and all.”

Naturally, she stayed in the city, studying painting at the School of Visual Arts in Kips Bay from the late 1970s to the early 1980s. Near the end, with an extra $200 in her pocket, Velazquez and close friend Mario Fernandez founded the New Math gallery in the East Village. For three years, she and Fernandez were at the cutting edge of new art in the city.

Then the AIDS crisis hit. Friends were lost, and the lights were cut.

“It hit everyone badly. Very badly,” Velazquez said. “We were decimated by the crisis. It was intense and scary.”

Throughout that time, Velazquez continued her own work, and then found a new profession.

“My husband and I moved up here when I first got pregnant,” Velazquez said. “Really didn’t think I’d move up to the Bronx, but I love it here now. I’ve been able to raise my kids in the city as much up here. I’ve been able to balance my own work and everything else.”

But everything else has changed. In a matter of mere weeks, schools shut down, and people were told to remain home.

“I teach art at New Horizons,” Velazquez said of the P.S. 81 after-school art program, which Velazquez has taught since 2014. “I can’t talk to my students the same way I was able to a month ago. This has not happened gradually — it’s all been so sudden.”

Now, at home with herself and two daughters, Velazquez takes stock of the situation before her, considering the different options she has.

“I need to jog,” she said. “I need to make art with my chalk. That’s what I’ve done for years.

“In a way that’s not going to stop, but here I am with my 15-year-old doing schoolwork. This is an entirely different setup, and I wanted to provide something that would get people active in a creative way.”

Velazquez considered posting paintings to her Facebook page. But then she realized one thing that every child-filled household has.

“Markers,” Velazquez said, laughing. “Everyone has markers. I hadn’t used markers myself in years, but it made sense to me. Seemed like a perfect self-distracting activity.”

Velazquez has watched the previously vibrant life around her falter and cease. And yet, the posts have continued without a break, and she has no intention of stopping now.

“Some of my chalk drawings are still out there,” Velazquez said. “For now, those faces can remain and give someone a smile when they see it. I’m going to stay here with my daughters and hang out with them and work.

“To the kids at home who are making this with their parents or siblings — or even by themselves — I hope they learn that drawing is about learning to see. That’s what all my work’s about anyway.”