Artist transforms from photographer to filmmaker

With a very low budget, Liz Guarracino aims to shoot ‘Chaska’ in Bronx 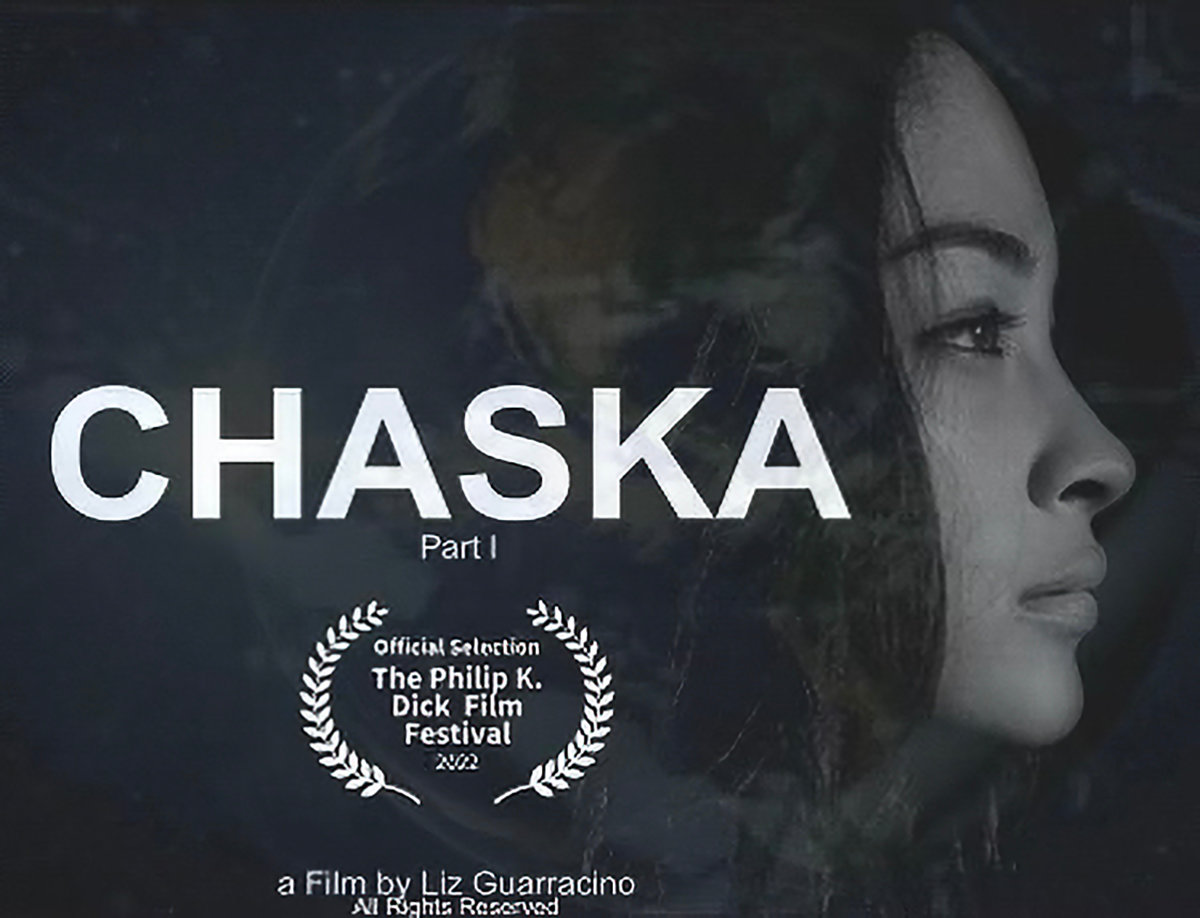 A poster shows Liz Guarracino's trailer for "Chaska," whose trailer was chosen for The Philip K. Dick Festival at the Museum of Moving Images in Astoria.
Courtesy of Liz Guarracino 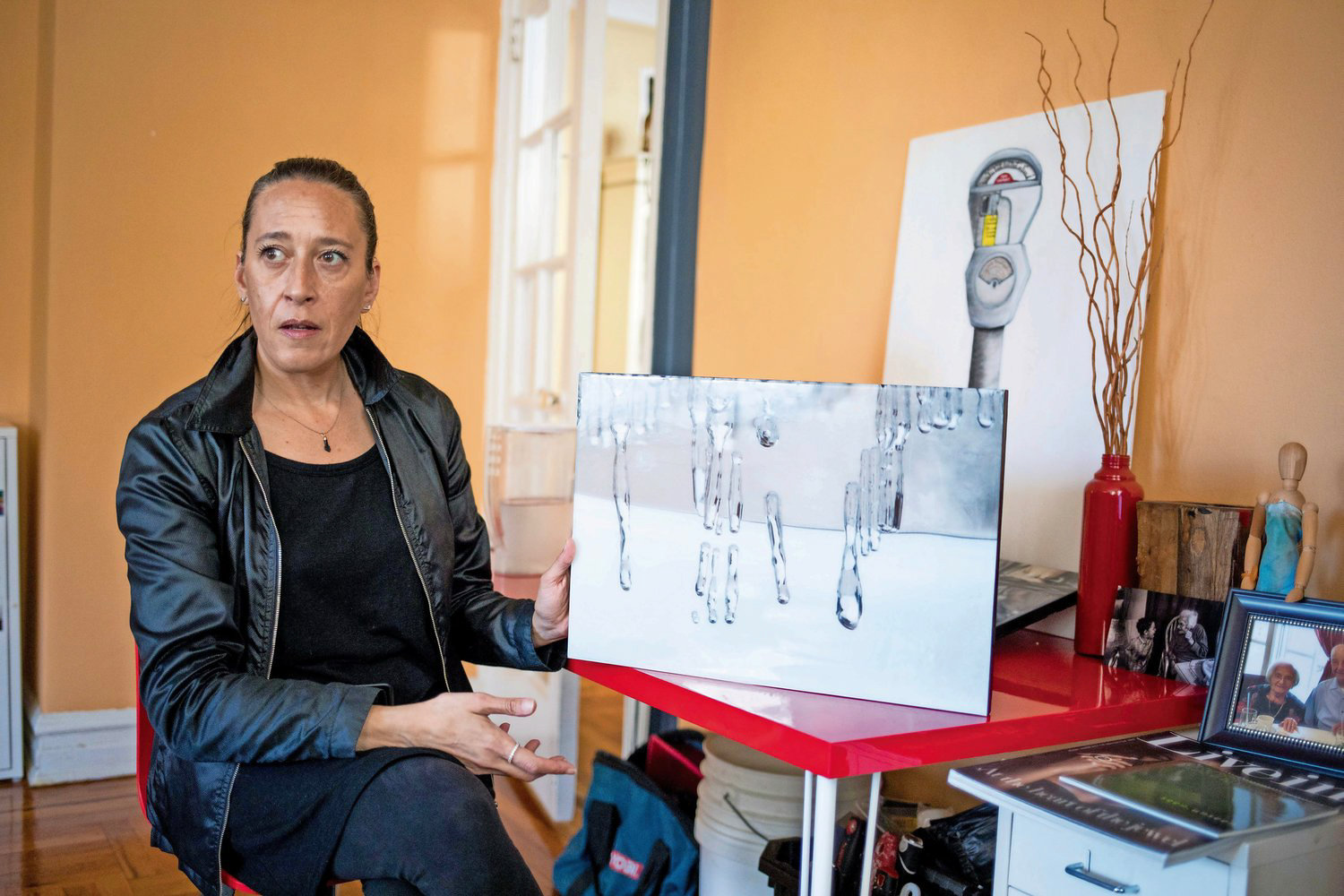 Photographer Liz Guarracino talks about the myriad reactions to her pictures of ice. More often that not, people are surprised to learn that what they’re looking it is a photograph of ice.
JULIUS CONSTANTINE MOTAL / File
Previous Next
By Stacy Driks

Liz Guarracino, who had been a freelance photographer for 25 years, got the screen-play writing bug in 2013-14 when she was unemployed. It all started when she downloaded a script-writing app and wrote a story on her cracked iPhone. Little did she know a decade later her story would be part of a prestigious film festival.

A woman she met at the Woodhaven Arts Festival recommended that Guarracino submit a trailer she made from the screenplay to the eighth annual Phillip K. Dick film festival.

“I was like, it’s just a concept trailer,” Guarracino said. “I haven’t even shot any scenes yet. And she’s like, well, how are you going to get funding? And I was like, that’s a good point.”

The trailer was also made using an iPhone application. It consists multiple stills that she took around Riverdale and her brother’s house surrounding a country area.

“Chaska,” the trailer was accepted into the film festival recently and will show the second day of the Dec. 16-18 festival at the Museum of Moving Images in Astoria. Her trailer will compete with a handful of others in the “A Separate Reality” category.

In 2005 Guarracino was living in Colorado when she found her purpose in life after a chunk of ice fell out of a pitcher as she opened her refrigerator. Just as she was about to pick it up, she couldn’t believe its shape. She took a photo of it.

Then she decided ice photography was for her since no one has ever done it on a regular basis before, she said to The Riverdale Press in 2018.

Since then, she has taken thousands of images of ice in all shapes and sizes. Her work was displayed in Denver and Los Angeles. In 2018 it was exhibiting in New York at the SRO Gallery in Brooklyn.

As for the Phillip K. Dick, it began in December 2012 and has since been in France, Germany, The Netherlands, Poland, and the U.S. West Coast.

“Our goal is to select the best films that, in our opinion, can represent the themes that center the work around Phillip K. Dick,” said David Abella, the festival’s director.

Phillip K. Dick is a science fiction novelist who has written at least 35 novels and countless short stories who has explored the metaphysical, fictional universes, dystopian worlds, and human mutation.

Chaska is about a biracial teenage girl who is half Hispanic and half alien. She gets curious about who she is and where her decedents are from since no one knew about her father’s side of the family. So, she sent her DNA to acestory.com, and little did she know, the FBI created the genealogy website to catch individuals like herself — a humanoid.

“It’s not only that she’s half Hispanic, now she’s half alien,” Guarracino said.

The director of photography, Edwardo Gray, fell in love with the story as he always thought DNA sites were a conspiracy.

“It’s a conspiracy that I was talking about since I was a kid — it’s too obvious, there no reason that they (genealogy websites) would be like, oh, let’s test everyone’s DNA,” Gray said.

Within the story, the FBI are trying to cover up a huge conspiracy that aliens are little green beings. In Chaska’s world, humanoids are the real aliens.

Chaska’s grandfather landed in Roswell, New Mexico — as a humanoid. He bred with a Hispanic human who caused the following generations to turn into a mixed breed.

“The first four days, I just banged out like 65 pages,” Guarracino said about how she wrote the screenplay. “I was like, what happened.”

To the filmmaker, “Chaska” was not an ordinary story. This relates to herself, but she thought about this for the past 14 years and plans on it being a trilogy.

Growing up, people thought Guarracino was adopted as she didn’t look Puerto Rican or Italian — which she was. Her sister teased her, calling her an alien.

“It’s funny because I used to sleepwalk, and I used to have these really strange dreams,” she said. “It helped me think of the story.”

Abella told The Riverdale Press that the festival’s essential goal as a nonprofit is to help viewers recognize original idea’s coming from aspiring filmmakers, writers, photographers, and more.

The festival this year has a large variety of diverse films. Abella explained that they represent six continents, as some films are from India, South Africa, North and South America.

Guarracino plans to film scenes in the northwest Bronx but needs help figuring out where and how to go about it. Her ideal location would be in establishments, warehouses, and outdoor areas.

“I don’t want them to be token people,” the filmmaker said. “These are people who are regular people who have studied their whole life and are not white.”

Gray told The Press that casting a diverse group of people will be one of the most challenging efforts they will need to make because they’re looking for a specific look that is slightly alienist.

Theoretically, the crew says a cash prize would be ideal. What the festival does for filmmakers has put them out there in the limelight. It is similar to a person who goes viral on Instagram or Tik Tok.

Guarracino plans to film scenes in the northwest Bronx but needs help figuring out where and how to go about it. Her ideal location would be in establishments, warehouses, and outdoor areas.

“Where can I shoot for free?” she said.

The short answer is, it depends.

Productions using hand-held cameras, tripods, and hand-held props can apply for an optional permit. However, there can’t be stunts, actors in officer costumes, and the request for parking privileges.

If the production required parking privileges or actors wearing FBI jackets running down a street to chase Chaska — that is a $300 non-refundable permit, not including the application for liability insurance.

Filming in front of administrative buildings, city hall, and municipal buildings in New York City requires a fee of $3,200.

Gray said that it could take anywhere from $15,000-$30,000 to make this film properly. Most of the budget for filmmaking comes from equipment and rentals.

Guarracino said she hopes the first film will attract investors to back the next two parts of the trilogy. She also plans on filming in what she considers old towns in counties near the Bronx. “There are many car shows and old towns in Middletown because one day, we might need a street filled with cars from 1947,” she said alluding to the time when aliens supposedly visited Roswell according to folklore.