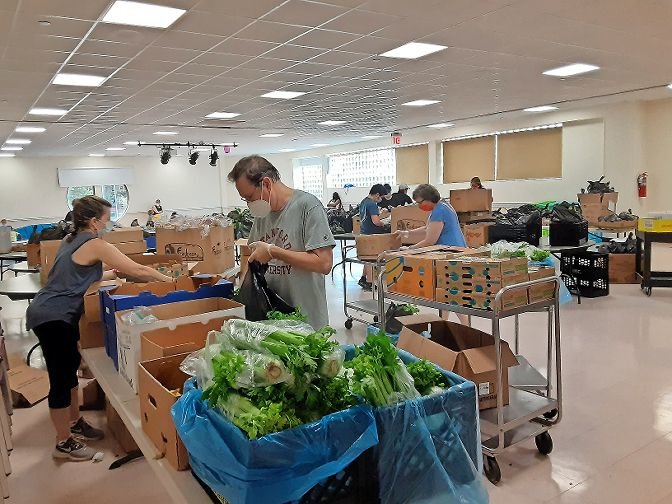 The Riverdale Y has a team of volunteers packing food and making deliveries to nearly 200 homebound senior citizens.
Courtesy of Sharon Asherman 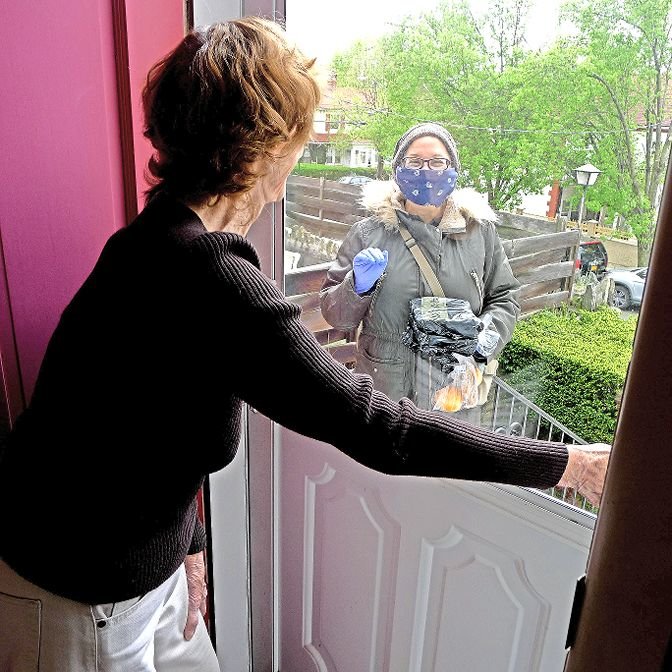 Hungry folks have enjoyed the fruits of The Riverdale Y’s labor. Three meals have been delivered daily to more than 200 homebound senior citizens since March.
Courtesy of Sharon Asherman 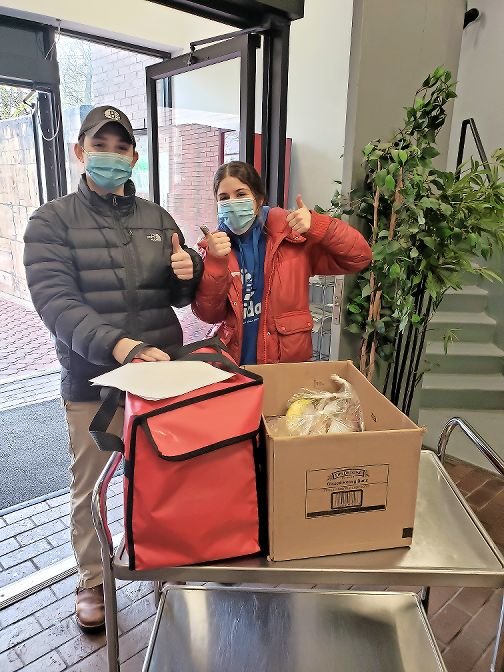 A group of volunteers gets ready for food distribution. The Riverdale Y has delivered three meals a day to homebound senior citizens since March.
Courtesy of Sharon Asherman
Previous Next
By CHEYENNE R. UBIERA

When Jessica Haller decided to run for city council, she framed her campaign on the environment — with sustainable neighborhoods her main focus. But nobody could have expected what 2020 had in store.

When restaurants started shutting down and a trip to the local grocery store became a health hazard, Haller partnered with the non-profit Rethink Food NYC, to help deliver meals to The Riverdale Y senior center, and the food pantry at Kingsbridge Center of Israel on Corlear Avenue. It was a partnership originally negotiated through state Sen. Alessandra Biaggi's office.

The meals are for senior center members who can’t leave their homes due to physical or health reasons. The seniors are treated to three meals each day, delivered to their doors. Food that can be kept on a shelf at room temperature-also are made available as well. With the city on its way to reopening, Haller says there aren’t any plans to slow down.

“The need is going to continue to grow,” Haller said. “Reopening doesn’t mean the seniors will feel safe going out.”

There are still people who are scared and have immune systems that couldn’t take an infection, Haller added. At the beginnings of the coronavirus pandemic, the situation was precarious. There were so many people who didn’t know when their next meal would come.

Haller surveyed seniors in the community to get an idea of the resources they needed, negotiating a contract with Rethink Food.

Now Haller feels the neighborhood is in a position to ask for more food to prepare for the upcoming weeks as the city moves through the second phase of reopening. She has kept her finger on the pulse of demand for food, she said. As restrictions start to ease, she expected the number of seniors needing meals would start to dwindle. However, it’s remained steady.

“It’s been rough,” Haller said. “But we got to keep pushing forward.”

The organization is in the process of shutting down bulk distribution sites as the city gets closer to reopening in more places, Chiu said. This is being done to promote economic development — and to help restaurant owners by getting more people to buy their food.

The main goal, however, is to always keep in contact with the community. The team is constantly canvassing the neighborhood, surveying residents to see where services are the most needed.

“We want to make sure people are getting the food because they actually need it,” Chiu said.

The team also works with community-based organizations so that individual needs are being met.

“These organizations already have the trust of the community,” Chiu said. “We just want to lend a helping hand.”

Communication has become important during these times. Sharon Asherman knows this as she’s been trying to help spread the word about food assistance programs in neighborhoods. As the director of The Y’s senior center, Asherman oversees the waitlist that was set up by the center to let volunteers know which seniors need assistance. Asherman estimates that there are more than 250 seniors finding that help. A social worker stays in touch with each person in the program, offering help if any problems arise.

Once someone signs up for the waiting list, they also can be put in touch with programs to find food pantry locations.

The Y typically provides space for seniors to eat their lunch. More than 100 of them make their way over to the center daily. Asherman says that it has caused her to see the pandemic in a new light.

“At first I thought people were eating here to socialize,” she said. “But now I realize that a lot of it comes from financial insecurity.”

Many seniors are on a fixed income — according to Asherman, more than 20 percent of the people she sees on a regular basis are on some sort of public benefits, making it hard to afford takeout every day. Even then, it’s difficult for some to cook on their own. The Y has become a safe haven.

The Y’s current contract ends in August, but there have been talks of an extension. Asherman hopes to continue the program for as long as such city funding continues.

CLARIFICATION: The partnership with Rethink Food NYC was negotiated through state Sen. Alessandra Biaggi's office. A story in the June 25 edition did not make that clear.