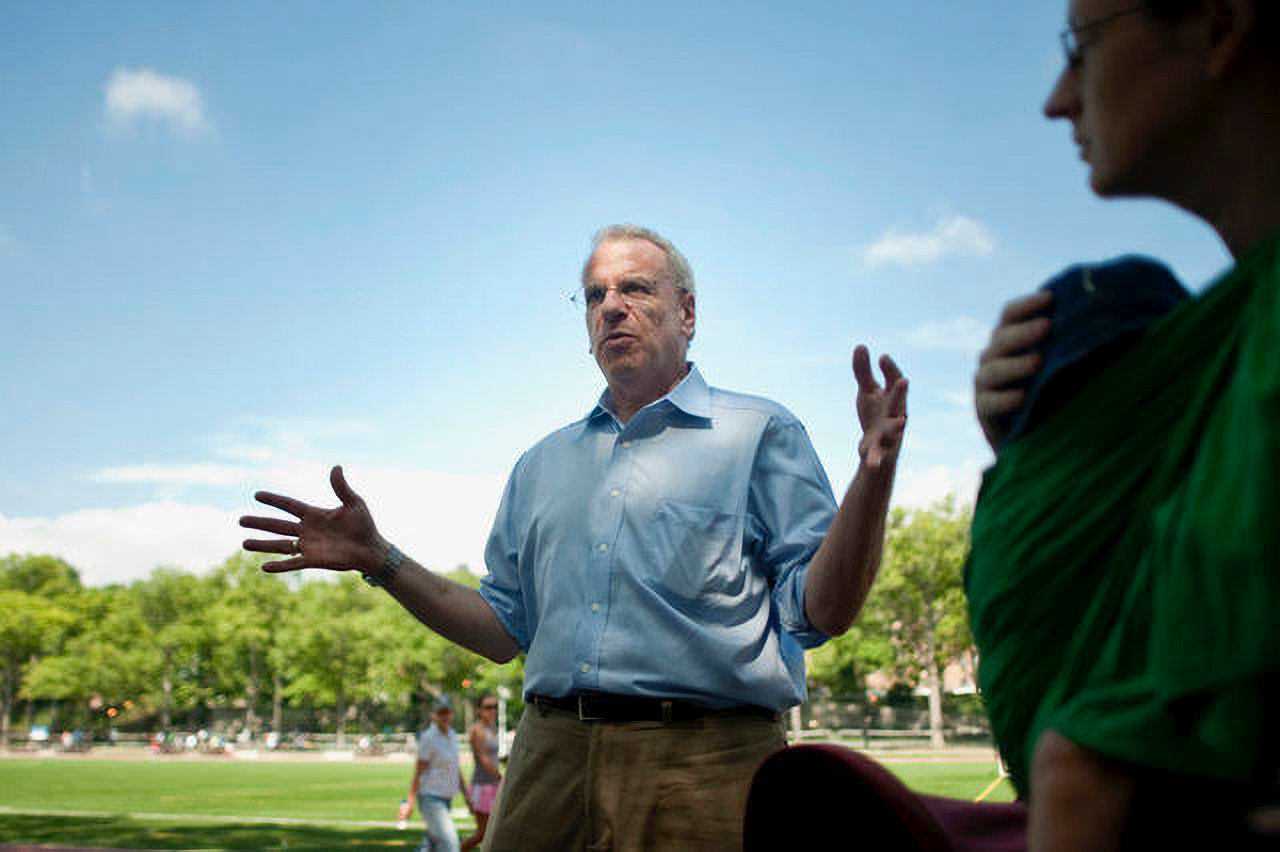 Assemblyman Jeffrey Dinowitz says he’s considering following up his past eviction moratorium bills with one that would once again extend the deadline for those still affected by the coronavirus pandemic. He expects to work with incoming governor Kathy Hochul to get such a bill passed before the federal and state moratoriums expire.
KARSTEN MORAN/ File 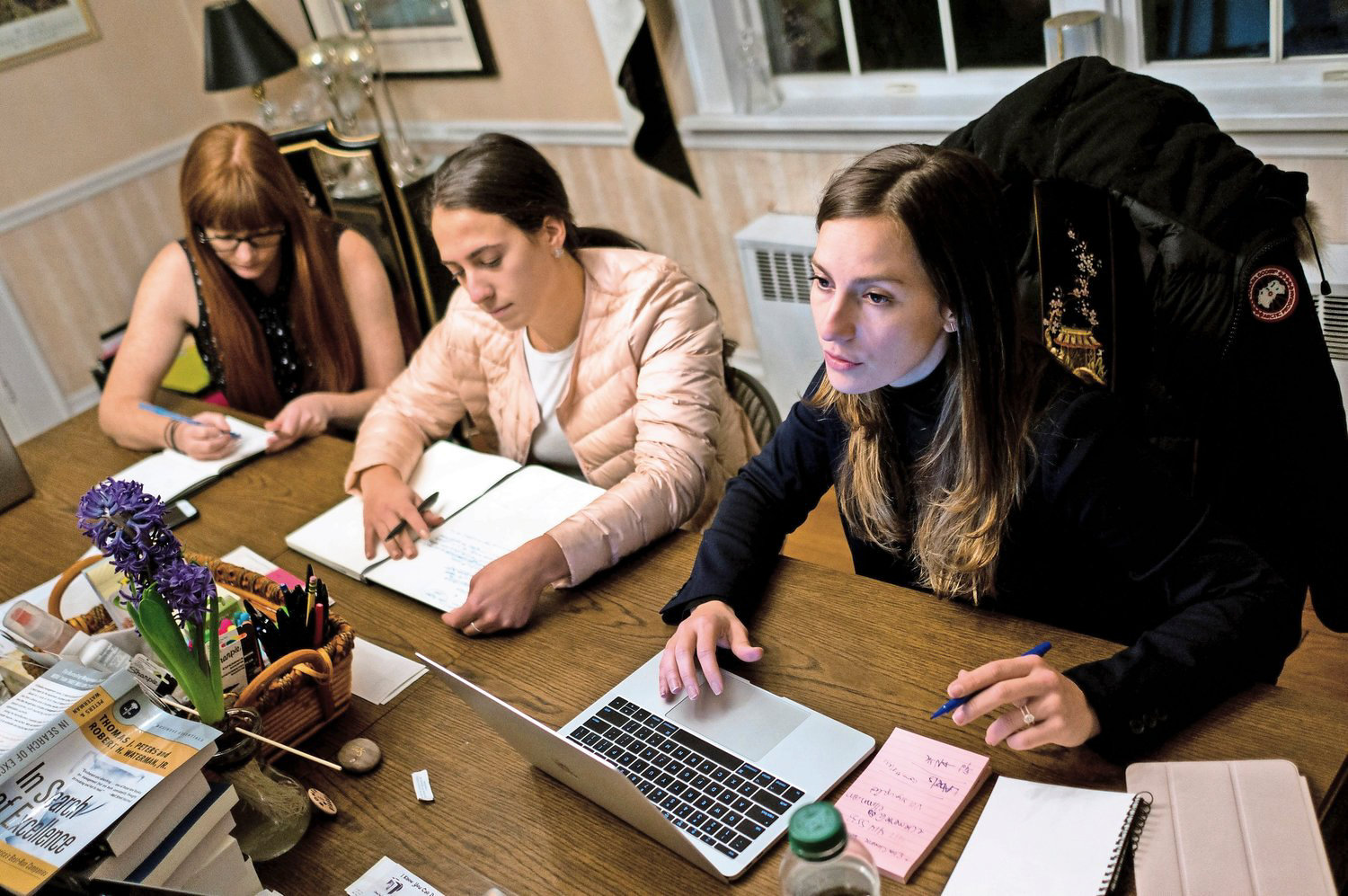 State Sen. Alessandra Biaggi says she’ll review her own bill introduced earlier this month she says will extend the statewide eviction moratorium for those suffering financially throughout the coronavirus pandemic after a landlord-friendly ruling by the U.S. Supreme Court.
JULIUS CONSTANTINE MOTAL/ File
Previous Next
Support journalism

Making it happen, however, could be more difficult than anyone in Albany had anticipated — not just from internal strife on who is going to introduce what bill to extend it, but also from the nation’s highest court.

“There could not be more of an urgent time for the legislature to reconvene and vote on extending a strengthened eviction moratorium, and for the executive to get relief in the hands of tenants,” said state Sen. Alessandra Biaggi. “It is our responsibility — especially during an ongoing public health crisis — to do everything we can to keep people in their homes.”

Just days after Biaggi and Assemblywoman Yuh-Line Niou announced the introduction of a new bill they say would extend the current moratorium’s deadline to Oct. 31, the U.S. Supreme Court threw a monkey wrench into those plans, siding with landlords over their claims they have a right to contest coronavirus hardship declarations in court. Some observers believe the ruling opens the door for more renters to be evicted over missed rent, even with pandemic-era moratoriums in place.

Landlords argued to the justices they had no legal pathway under the current law to challenge a tenant’s claims they lost money because of the pandemic if they believed those claims to be false.

The court ruling only targeted parts of New York’s law, leaving other elements in place. The majority said the state could not deny landlords due process, while the three justices who dissented — Stephen Breyer, Elena Kagan and Sonia Sotomayor — said the law was about to expire anyway, and according to published reports, didn’t violate any Constitutional standards.

But the ruling forced Biaggi’s team to take a step back and review the bill, not wanting to lose any other work at the feet of the justices.

“The Supreme Court ruling was disappointing and deeply concerning as New York’s moratorium is set to expire in a few weeks,” Biaggi said, “and relief for tenants and small landlords has barely been issued.”

Biaggi’s bill borrows its framework from an existing law keeping a moratorium in place just in case the then-Trump administration decided to abruptly end it on the federal level. Even under President Joe Biden, however, the moratorium had been set to end July 31, but was since extended by the Centers for Disease Control and Prevention until October.

Assemblyman Jeffrey Dinowitz and state Sen. Brad Hoylman passed the state’s original moratorium in June 2020. It was known at the time as the Tenant Safe Harbor Act — and something Dinowitz noted recently he was exploring legislatively how to effectively extend, despite the efforts from his colleague Niou and fellow local elected, Biaggi.

“That was an issue I had worked on for quite a while initially during the pandemic,” Dinowitz said.

“It undoubtedly prevented the eviction of tens of thousands of people throughout the state of New York during the pandemic.”

But even back then, when COVID-19 was still quite new and thousands of people across New York were losing their jobs and income, passing the bill was not easy sailing.

“At the time there was a lot of opposition to it when I debated the bill,” Dinowitz added. “I said, ‘We’re still in the middle of a pandemic and we need to do this. You can’t just put people out on the street.’”

The law’s end date was flexible, first set to expire last October, later extended to December, and then pushed back once again to the end of last April — part of a bill that time backed by Dinowitz and state Sen. Brian Kavanagh.

“So here we are in August. The eviction moratorium is about to expire,” Dinowitz said. “It was our hope and expectation that the pandemic would have been over — or much better — by the end of August.”

But even Dinowitz admits elected leaders have to do more than just delay rent payments. When the moratorium is indeed lifted at some point, many renters may owe thousands in back rent they could never possibly pay.

That’s where $2.6 billion of federal relief money comes in. The plan was to distribute it to tenants who faced those back-rent issues because of the pandemic, creating what Dinowitz said was a win-win for both the tenant — who gets to stay in their home — and the landlord, who is not out any money either.

However, only a small fraction of those funds has been paid, according to recent reports. Of the 160,000 applications received, only 50 have resulted in any financial help, lawmakers said earlier this month.

“At the time, it was our expectation that a lot of that money would have been out already,” Dinowitz said. “But the state handled it in a very poor way.”

If passing a moratorium a year ago at the height of the pandemic was hard, Dinowitz says doing it now — even with the delta variant taking hold — will be an uphill battle.

“There’s a lot of opposition outside the City of New York into even extending the eviction moratorium,” he said.  “So, we have to put together a coalition of support in order to get this done.”

And like Biaggi, Dinowitz also believes a new bill would have to address the Supreme Court’s ruling. To complicate matters even more, New York is about to welcome its 57th governor in a virtually unplanned transition elevating Kathy Hochul.

“I’m very please that the incoming Gov. Kathy Hochul indicated that she wants to extend the eviction moratorium,” Dinowitz said. “And Sen. Kavanagh, myself and others will be working with her and her office on this issue.”

That means listening to both sides of the issue — especially those who don’t believe such moratoriums are necessary, and are doing more harm to landlords than actually helping tenants. Yet, Dinowitz believes tenants and landlords have a mutual interest in the issue, and that both sides of this particular equation would want to see it all worked out.

“It is totally in the interest of landlords, in my opinion, for the eviction moratorium to be extended,” Dinowitz said. “Because if it’s not extended and they succeed in evicting people, they’re never going to see the money that those people owe them.”