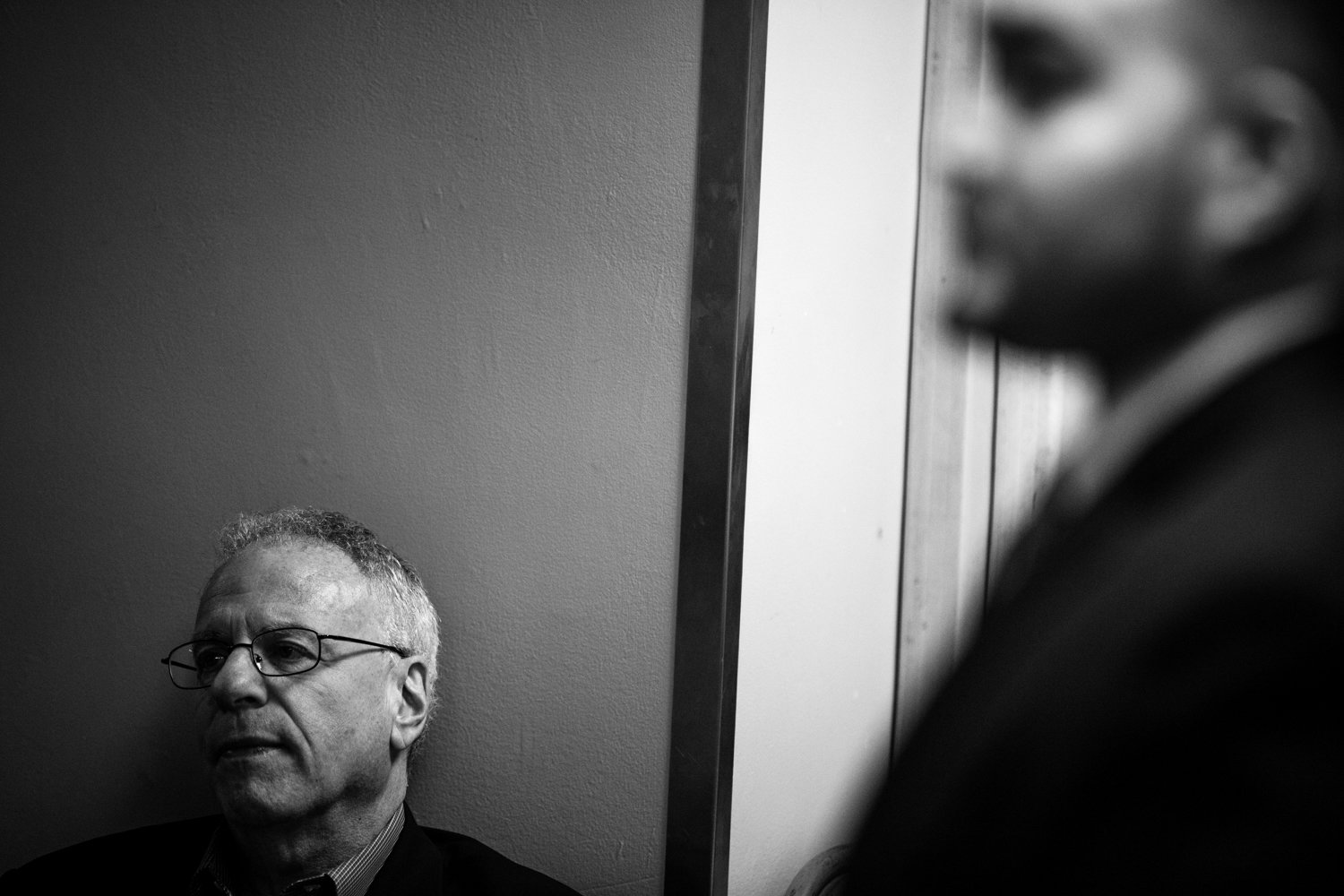 Assemblyman Jeffrey Dinowitz says he sponsored a bill to close the ‘voluntary intoxication loophole’ because the law doesn’t protect women who are sexually assaulted after choosing to drink alcohol. However, Dinowitz declined to bring the bill up for a vote in the codes committee he chairs because of concerns from colleagues the bill doesn’t protect those falsely accused of sexual misconduct.
JULIUS CONSTANTINE MOTAL/ File 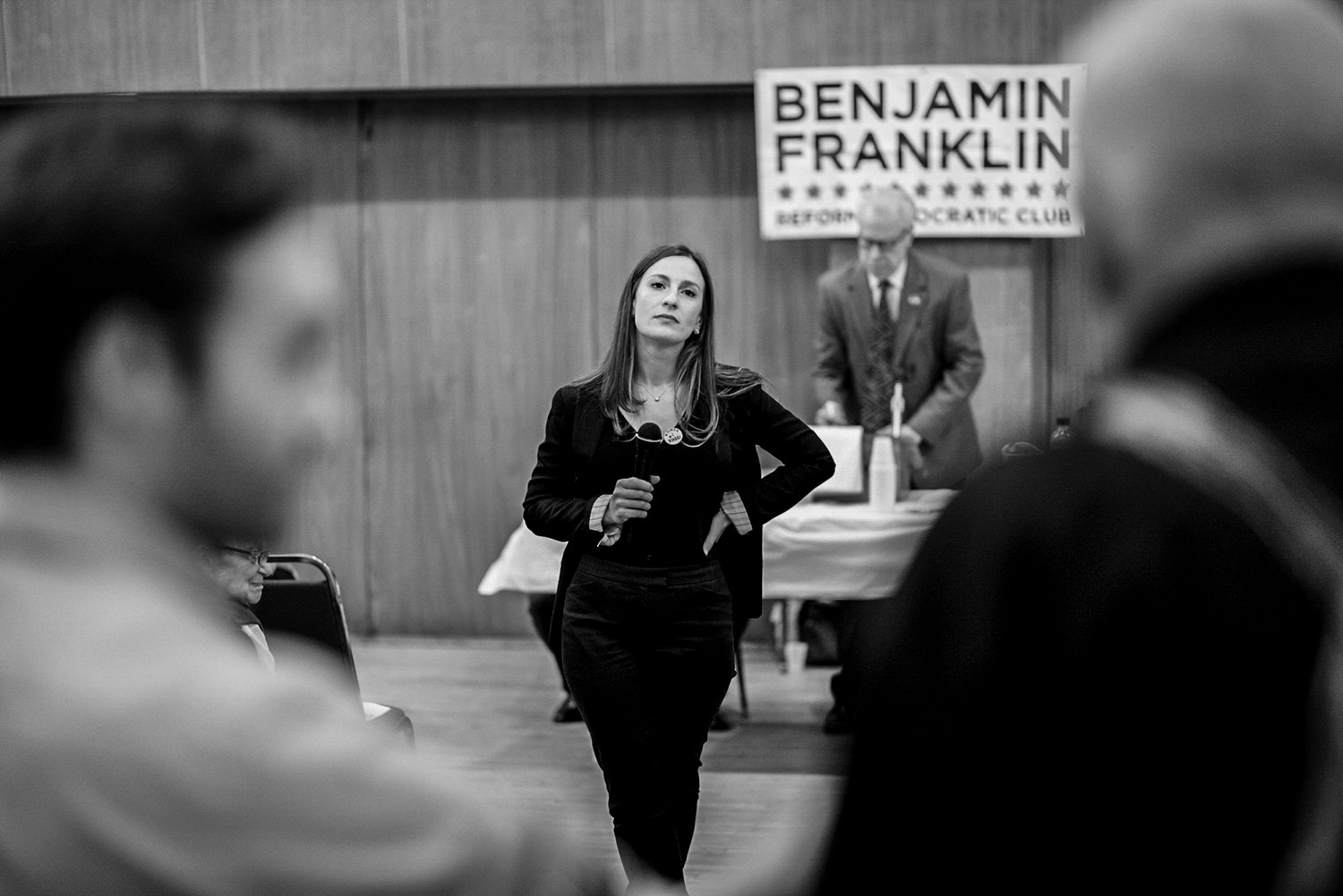 State Sen. Alessandra Biaggi says the criminal code doesn’t protect voluntarily intoxicated people from being raped, which is why she sponsors a bill aimed to address that very issue. But her legislation died in an Assembly committee led by Jeffrey Dinowitz over concerns Biaggi’s bill doesn’t protect those falsely accused of rape.
JULIUS CONSTANTINE MOTAL/ File
Previous Next
By ETHAN STARK-MILLER

Each year, the state legislature’s books are filled with far more bills that fail than those that pass. This is, after all, a normal part of the legislative process.

But it’s not a part of the process state Sen. Alessandra Biaggi is a fan of, especially when it affects bills she’s passionate about. When Biaggi sponsors legislation, she makes passing it a top priority.

“I don’t pick up bills just to pick them up and say, ‘I have this bill,’” Biaggi said. “I want to pick up the bill. I want to push for it. I want to pass that bill. Make sure it gets signed into law. Then I want to work on something else, so we’re not just constantly going in a circle about the same issue. I think that’s not progress.”

Biaggi had that very passion about her bill to end the so-called “voluntary intoxication loophole,” which would not legally discount claims from sexual assault victims simply because they chose to drink alcohol. She even forged a rare alliance with Assemblyman Jeffrey Dinowitz, who sponsored the lower chamber companion bill.

Yet, for the second straight year, Biaggi failed to close the loophole. Except this time, she believes the fault seems to lie with none other than Dinowitz.

“I think this bill was not a priority of the Assemblyman during this legislative session,” Biaggi said. “And so, for me, I was committed to really doing everything that I could to get it passed. And even addressing people’s concerns or having to make amendments. But I don’t really feel like that was the same kind of energy that was reciprocated from the Assembly sponsor.”

Dinowitz, however, disputes that. He sponsored the Assembly version of Biaggi’s bill, and he wanted it to pass. Yet it died in his codes committee not because it wasn’t a priority, but instead because several of his colleagues expressed fear the bill doesn’t protect the rights of those falsely accused of sex crimes.

“Some were concerned that it created a situation where the accused was essentially guilty until proven innocent,” Dinowitz said. “And I guess I understand the concern, but I still thought we should have tried to do the bill.”

Chris Lake has lobbied hard for this bill over the last 16 months. The executive director of the activist group Community for a Cause said he was disappointed the bill was never called for a vote in Dinowitz’s committee despite high-profile support for it like Manhattan and Queens prosecutors Cy Vance and Melinda Katz.

“All these people who have a very solid understanding of legalities, of the laws, agree,” Lake said. “But for some reason, the leadership in the committee of codes says, ‘We know better. So no, we can’t even vote on it.’ That’s repugnant to me. And it’s disgusting.”

Additionally, Lake said, not passing the bill because of a concern over wrongful convictions doesn’t make sense because such convictions are so uncommon.

“No one innocent should be behind bars,” he said. “However, we also shouldn’t make exceptions for specific crimes, because rape has the same amount of people who are wrongfully convicted as just about any other crime.”

To support this claim, Lake pointed to a compilation of studies from the National Sexual Violence Resource Center that found false accusations make up between 2 and 10 percent of all reported cases. This number, he added, includes cases of police and prosecutor misconduct, or if police threw the case out if the victim was “unfeminine, a risk-taker, or immoral.”

Another clue Biaggi says leads her to believe Dinowitz wasn’t interested came from a single word. Dinowitz added that single word to the bill in mid-May. Even a slight change to a bill in either chamber is significant, because bills from the Assembly and senate have to have matching language before they can move forward to Gov. Andrew Cuomo’s desk. If they don’t match exactly, then the two chambers have to take time to reconcile them.

Essentially, Dinowitz’s team changed the bill by adding the word “extreme” to its description of intoxication — a change Dinowitz said was necessary to clarify how intoxication was defined.

“I amended the Assembly version of the bill in May to address concerns about potentially ambiguous language in the previous version, mostly the phrase that addressed whether someone was capable of appraising somebody else’s conduct,” he said. “I believe the revised language is clearer and less susceptible to misinterpretation in the courts.”

Ana Hall, Biaggi’s spokeswoman, said Dinowitz’s office never notified them of the change before making it, and they only learned about it after the fact. Biaggi’s legislative team only found out by logging into the legislature’s portal for tracking bills and noticing a change had been made.

“Even though things like that do happen, like sometimes you need to make a change,” Biaggi said. “But there’s always communication between both houses about it. In this instance, there was no communication at all.”

In a written statement to The Riverdale Press, Dinowitz said Biaggi’s claim that he didn’t notify her office about the changes was “inaccurate.”

Biaggi’s team drafted their own new language for the bill without adopting Dinowitz’s changes and communicated with his office about it in early June. But Dinowitz said it was too late for his team to make any changes to the bill before the end of session.

While waiting another year isn’t ideal, Biaggi has some ideas for how to build momentum for the bill in next year’s session.

“So, I think building a bigger coalition is going to be a key to this bill,” the senator said. “And I also think that the more people that know about the fact that this exists — and that there’s a bill to fix it — the more likely we are to make it a reality.”