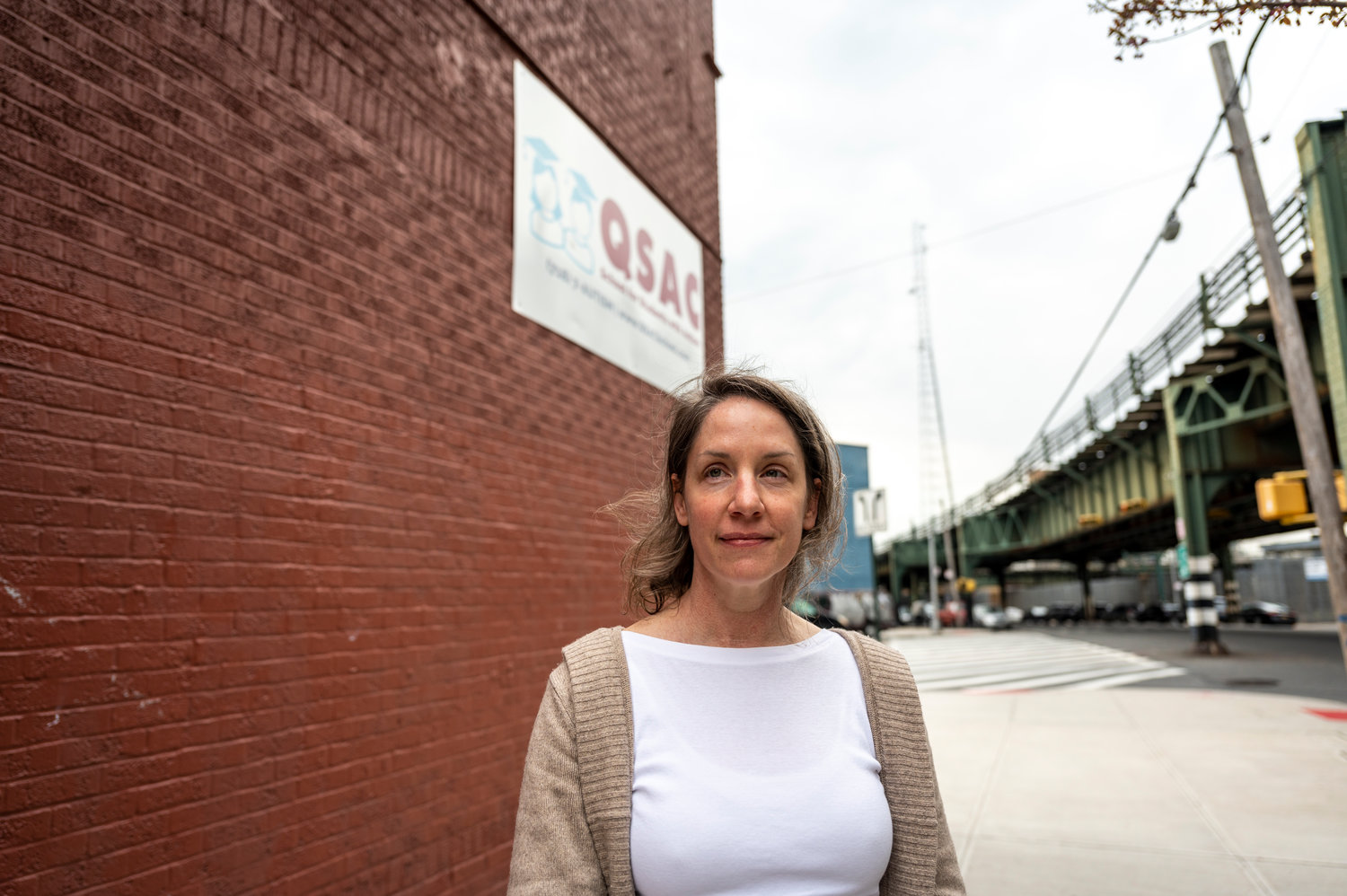 To Susan Silvestri, director of QSAC School for Students with Autism in the Bronx, autism advocacy goes beyond students, needing to represent teachers as well. Access to necessary resources isn’t as easy for QSAC as it might be for public schools.
HIRAM ALEJANDRO DURÁN
By ROSE BRENNAN

“If you are happily married, I will make sure that your marriage fails. I will make it virtually impossible for your family to easily attend a temple, a birthday party, a public park without a struggle, without embarrassment, without pain. I will fight to take away your hope.”

These are the promises made by a disembodied voice in a 2009 commercial produced and released by the organization Autism Speaks. The voice is dark and threatening, while ominous music plays in the background.

Thankfully, the way people talk about autism has changed over the past decade. Even when it comes to April — known as Autism Awareness Month — some advocates believe it should be known as “Autism Acceptance Month” instead. Or even “Autism Advocacy Month,” if you ask Susan Silvestri.

She is the director of QSAC School for Students with Autism in the Bronx, part of a network of schools across the city and Long Island that exclusively serve autistic students. Silvestri believes when it comes to autism, advocacy — and self-advocacy, when possible — is especially important.

“As students get older and are able to communicate better and be more aware of their surroundings, we are working toward having conversations with our students about what it means to have autism,” Silvestri said. “I would really like my students to be able to say to someone, ‘I have autism, and this is hard for me,’ because I think it would be really useful for them to communicate that to the world around them.”

QSAC schools provide a space for students whose needs can’t be met by their would-be local or specialized District 75 school. As a result, they stand outside the scope of the city’s public school system, meaning QSAC teachers don’t have access to the same benefits as their public school counterparts — like membership in the United Federation of Teachers union and retirement benefits.

And it’s not like those teachers don’t deserve those resources, Silvestri said. The jobs for QSAC teachers are more difficult because of the specialized population the school serves. They also get paid less while working all 12 months out of the year, with traditional summer breaks out the window.

Yet that turnover does impact students leading for Silvestri’s push for April to not just focus on those with autism, but their support network — like their teachers — too.

“Everyone acknowledges how needed we are, but it’s known that we have teacher shortages, (and) we have a very difficult time hiring and keeping people,” she said. “The idea that the students with the most needs have the fewest resources is something we really struggle with on a year-to-year basis.”

A change in routine — like a new teacher — can be very difficult for autistic students. In fact, the two core symptom domains for autism are social deficits and repetitive behaviors, according to Dr. Eric Hollander, an autism specialist at Montefiore Medical Center. But aside from that, autism tends to be a unique diagnosis for each person with the neurodevelopmental disorder.

Much of the language surrounding autism has changed over the past few years, and maybe that has helped lessen the stigma attached to such a diagnosis. For example, those diagnosed with autism shouldn’t be labeled as “high-functioning” or “low-functioning,” nor are they diagnosed with Asperger’s syndrome. Rather, everyone is part of a broader autism spectrum disorder diagnosis, given a level ranging from one through three. The higher the number, the higher that person’s needs are.

Nevertheless, an autism diagnosis can be daunting for parents, even if such a diagnosis isn’t all that rare. The Centers for Disease Control and Prevention estimates one in every 54 children has an autism spectrum disorder.

But there are a number of things parents can do, Hollander said. For starters, get that diagnosis as early as possible.

“That will allow people to access certain kinds of services, and getting specialized services may be associated with a better outcome,” Hollander said. “You want to be able to kind of think about it, refer to a specialist, get an early diagnosis, and early support and early interventions … may improve the long-term developmental trajectory.”

But the pressure shouldn’t just be on parents and teachers when it comes to autism. Before he was a city councilman, Eric Dinowitz spent several years as a special education teacher. In his time in the public school system, he met and taught many autistic children. And although much of the language and attitude toward those students may have changed over his teaching career, he thinks there’s still a lot of work to be done.

But it’s not impossible. Rather, a lot of it is just meeting an autistic person where they are.

“What often happens is we lose sight of the fact that every child is different,” Dinowitz said. “We have to love and appreciate every child for who they are, and provide them with what they need to grow and succeed.”

Some autistic people only need a bit of understanding and flexibility to grow and thrive. But some need more support, like students at QSAC — Quality Services for the Autism Community — schools. And in order for them to succeed, their schools need to be better funded. The call is not necessarily just for autism awareness and acceptance, but for advocacy.

“I appreciate the concept of autism awareness because I think all of us could do better to go about our daily lives giving other people the benefit of the doubt,” Silvestri said.

“We don’t know what challenges other people are facing on a moment-to-moment basis, and I think autism awareness is a big part of that. But I think that the most important thing that I can do in my role is advocate for fair funding of our schools.”