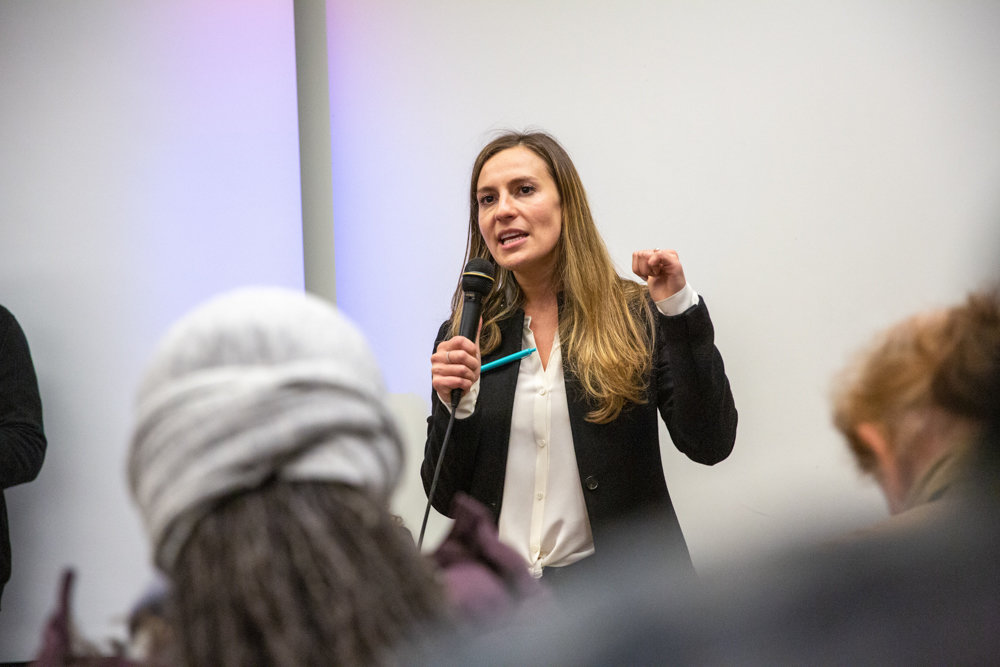 State Sen. Alessandra Biaggi is looking for two new staff leaders after the departure of Andrew Mutnick and the apparent firing of his deputy in recent days.
EIAN KANTOR / File
By JOSEPH KONIG

She has tallied just under six months in office, and state Sen. Alessandra Biaggi has already made some significant changes to her team with the departure of her chief of staff, Andrew Mutnick, and the apparent firing of his deputy, Christian Amato.

Mutnick resigned early in May, according to Biaggi's office, while Amato said he was let go May 31.

"I was fired," Amato told The Riverdale Press. "I wasn't given any reasoning."

Mutnick, who could not be reached for comment, is returning to his previous career as a pediatrician, according to Biaggi's office.

Amato said he was pulled into meeting with senate personnel officer Debra Meade and Biaggi where he was told that he was an "at-will employee" and that he was being terminated. When asked for an explanation, Meade simply repeated her initial statement, and then turned to Biaggi and asked if the senator had anything to add. Biaggi simply said "nope," according to Amato.

Biaggi's office confirmed with The Press that the meeting did take place, and that both Biaggi and a lawyer for the senate were in the room.

Amato was one of Biaggi's longest-serving staffers, joining her campaign as a volunteer in January 2018, serving as director of digital strategies, and a regional field director for both the 80th and 82nd Assembly districts through the end of the campaign. He took a job in the senator's office when Biaggi officially became a senator last January.

Mutnick also was an early volunteer in Biaggi's campaign against the incumbent, Jeffrey Klein. He worked to promote Biaggi through political groups, like NYCD-16 Indivisible, pushing Klein's leadership of the Independent Democratic Conference, the breakaway group of senate Democrats that caucused with Republicans.

A search is underway to fill both positions, and it was not immediately clear if other staffers were filling those roles on an interim basis.

For more on this breaking story, check out the June 6 print edition of The Riverdale Press.