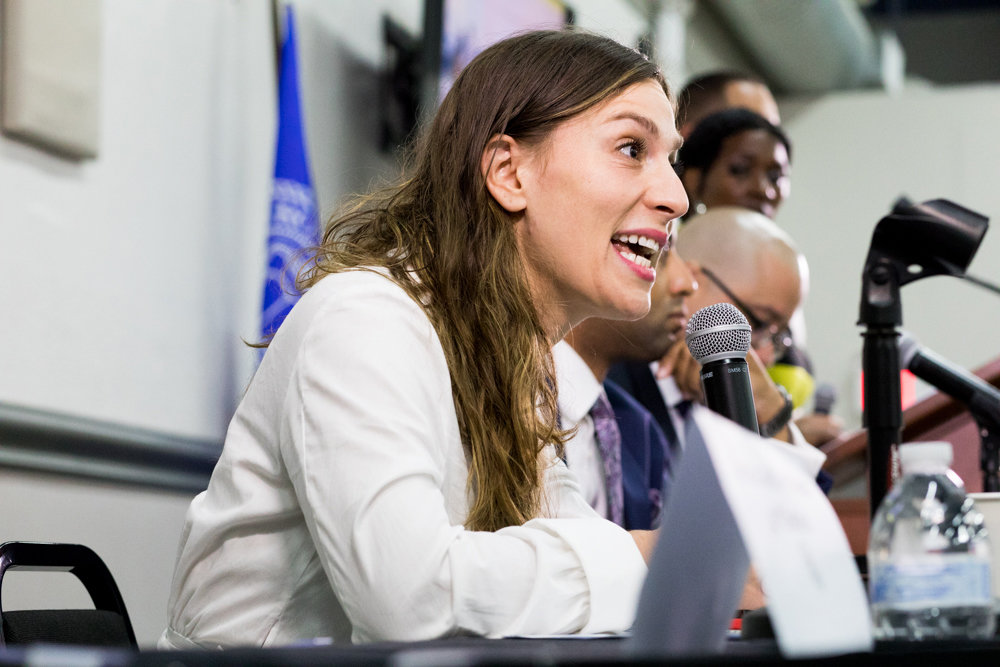 For anyone struggling to pay rent in areas where coronavirus transmission is rampant, the Centers for Disease Control and Prevention is stopping landlords from kicking them out, at least through the beginning of October.

But new legislation set to be introduced in Albany will extend New York's own eviction and mortgage foreclosure moratorium through the end of October.

"The failure of the Emergency Rental Assistance Program to properly distribute funds — and the surge of the delta variant — has put the livelihoods of many New Yorkers at risk," Biaggi said, in a release. "With the eviction moratorium set to expire Aug. 31 and little COVID-19 rental assistance distributed, many New Yorkers who still owe rental arrears are fearful of losing their homes come Sept. 1.

"We cannot let hundreds of thousands of New Yorkers risk homelessness due to the negligence of our own government."

The federal eviction moratorium had originally ended July 31, but was extended by the CDC until the beginning of October, but only for areas that qualified as having "substantial and high levels of community transmission levels of SARS CoV-2," the virus that causes COVID-19. The CDC says not kicking people out of their homes can help curb the spread of the virus, as it doesn't force people to interact with each other more than necessary.

New York has had its own moratorium in place, which was set to expire at the end of the month. With the legislative session officially over in Albany, it seemed unlikely there would be an extension.  Doing so would require an emergency session of the legislature, which appears to be the only way any legislation — including the one introduced by Biaggi and Niou — would have a chance of passing.

When moratoriums are lifted, not only could renters and homeowners struggling with COVID-related issues be forced to pay full rent again, but they could also be liable for what could be thousands of dollars of back-rent — which many likely will be unable to pay. The federal government has provided New York with $2.5 billion in assistance for such arrears to help 800,000 New York households, but the state has distributed only a small fraction of that assistance.

Although the state has received 160,000 applications for this money, only about 50 households have received any money to this point, the lawmakers say.

Under the proposed Biaggi/Niou legislation, both residential and commercial renters would be protected from eviction if they submit a hardship declaration form to either their landlord or their court. In this form, renters must attest they have experienced financial hardship related to the coronavirus pandemic that prevents them from being able to pay their rent in full. They also could be protected if they can't move out, or if someone in their household is increased risk of severe illness from COVID-19.

Commercial tenants would need to attest they lost income as a result of the pandemic, had a significant increase in moving expenses, or were unable to relocate due to the cost of moving expenses.

On top of that, anyone applying for eviction protection would have to attest that any government assistance they received — including rental assistance — does not fully make up for lost income.

The bill also is intended to block foreclosures and tax lien sales — available to homeowners, small landlords with 10 or fewer units, and eligible commercial property owner and mortgagors through the submission of their own hardship exemption form.

"I can't imagine anything worse for our renters or our economy than evicting thousands of families just as the pandemic surges back with deadly new variants," Niou said, in a release. The Emergency Rental Assistance Program "has failed to do what it was empowered to do: Issue federal aid to struggling renters without delay.

"This isn't the fault of renters, but it is renters who will pay the price unless we act now to protect those whose only crime was trusting the promises of our government in a time of crisis."