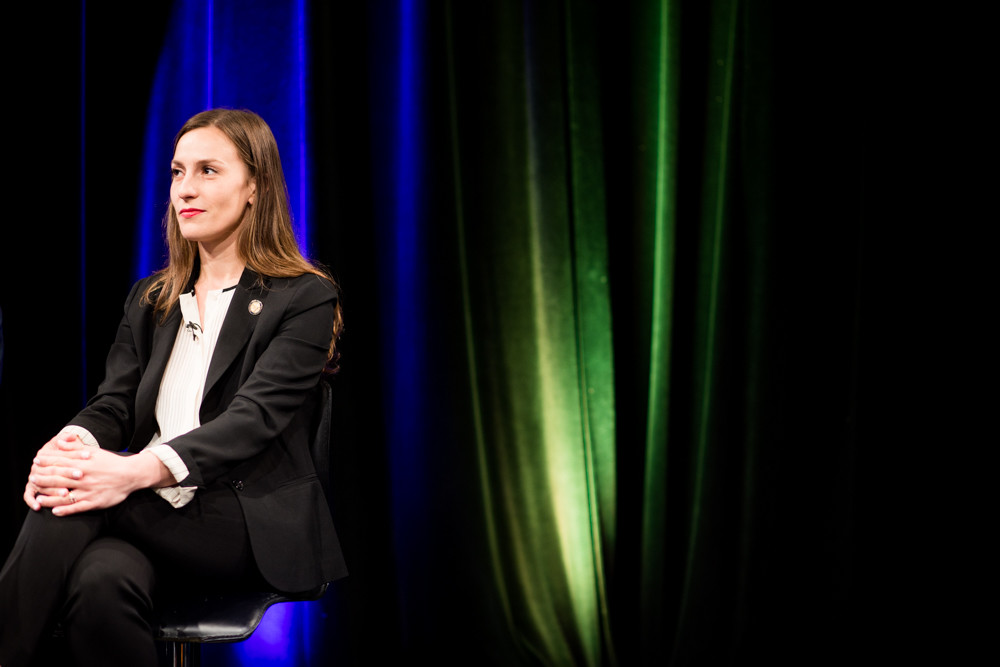 State Sen. Alessandra Biaggi wants the governor and mayor to implement a plan protecting the more than 5,000 inmates at Rikers Island from the coronavirus that causes COVID-19.
JULIUS CONSTANTINE MOTAL / File

With two cases of the coronavirus that causes COVID-19 confirmed on Rikers Island, state Sen. Alessandra Biaggi is calling on both Gov. Andrew Cuomo and Mayor Bill de Blasio to create an emergency plan that will allow those in jail a fighting chance to protect themselves from getting sick.

Biaggi, whose senate district includes the embattled jail site, believes such a plan should start with a satellite testing facility on Rikers to test for the coronavirus among the jail population — including correctional officers, guards, and other facility staff members, according to a release. Such testing also should be available to those who are incarcerated, not just at Rikers, but at all city and state correctional facilities.

Anyone in jail who may be medically vulnerable to the disease — like elder inmates, those who have comrpomised immune systes, pregnant women, and those with other serious or respiratory health conditions — should be allowed immediate and supervised release.

Biaggi also was to suspend incarcerating anyone who violated parol on technical violations, as a way to reduce the jail population density, and allow those who are in jail to maintain safe social distancing inside the cells. That also would include an immediate moratorium on non-violent "quality of life" arrests, like those who vandalize with graffiti, or who were arrested for public urination.

Finally, the senator wants guaranteed access to health professionals and medical treatment for anyone who is under mandatory or precautionary quarantine. And because in-person visitation has been suspended, Biaggi wants telecommunication methods established to allow those who are incarcerated a chance to connect with their loved ones.

"in the last week, we have seen COVID-19 spread rapidly across New York, and state and local governments take drastic measures to mitigate the spread of the virus to vulnerable communities who are at greater risk of dire complications," Biaggi said, in a release. "That same level of precaution must be afforded to vulnerable incarcerated New Yorkers who are in just as much danger as the rest of us. New York City and state must take immediate action to reduce jail population density and protect those most susceptible to the disease. "

The city council said there are currently more than 900 of the 5,400 inmates at Rikers are over 50, according to Biaggi, with most of them suffering from some chronic medical condition. A third of them are being held on a parole warrant, 200 in lieu of bail, and 75 on a city sentence.