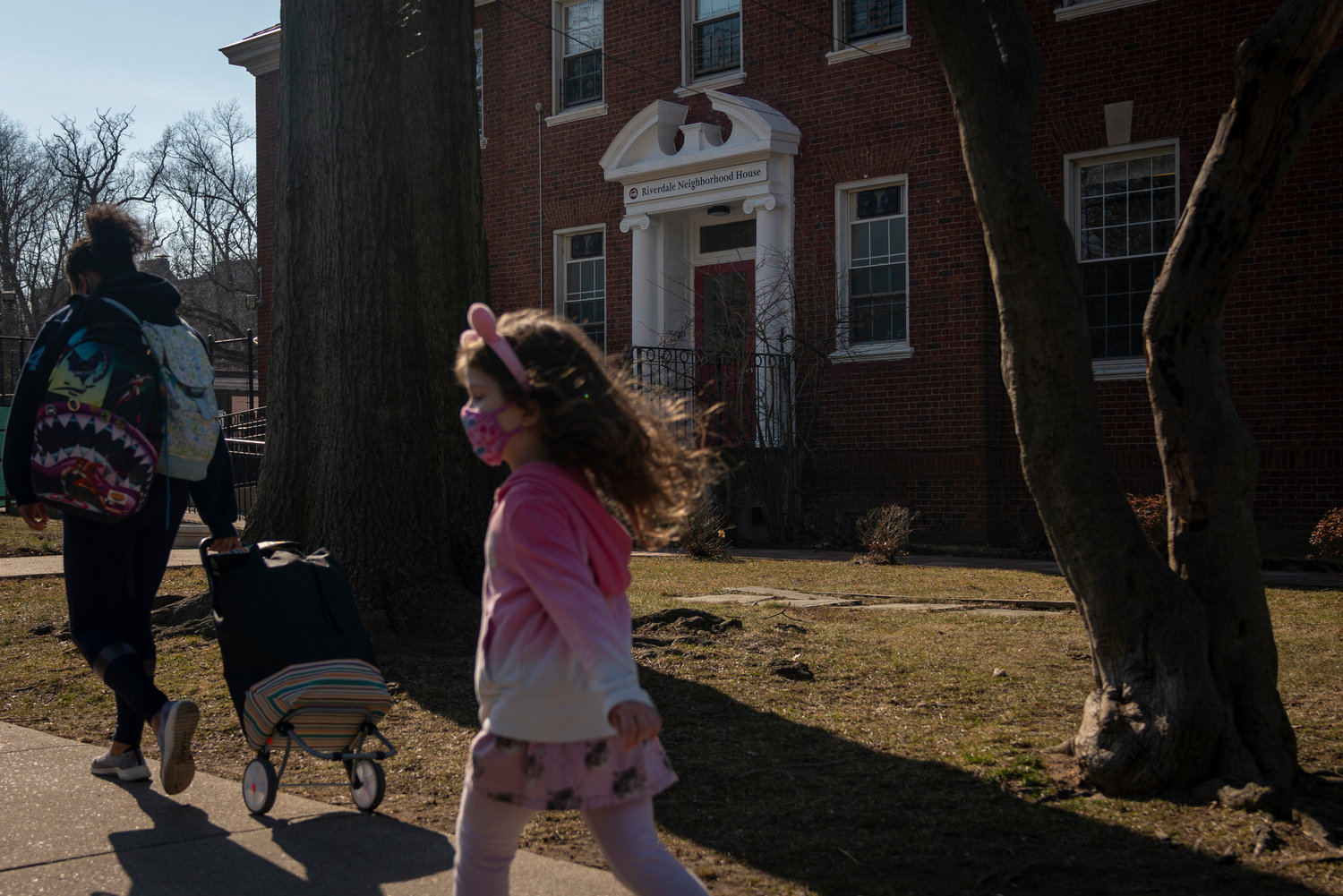 Many state and federal standardized tests were canceled last year due to the coronavirus pandemic. This time, those fretting over the tests won’t prove as lucky, as President Biden gave states the go-ahead to move forward with testing. That means community organizations like Riverdale Neighborhood House are trucking ahead with test prep programs.
HIRAM ALEJANDRO DURAN 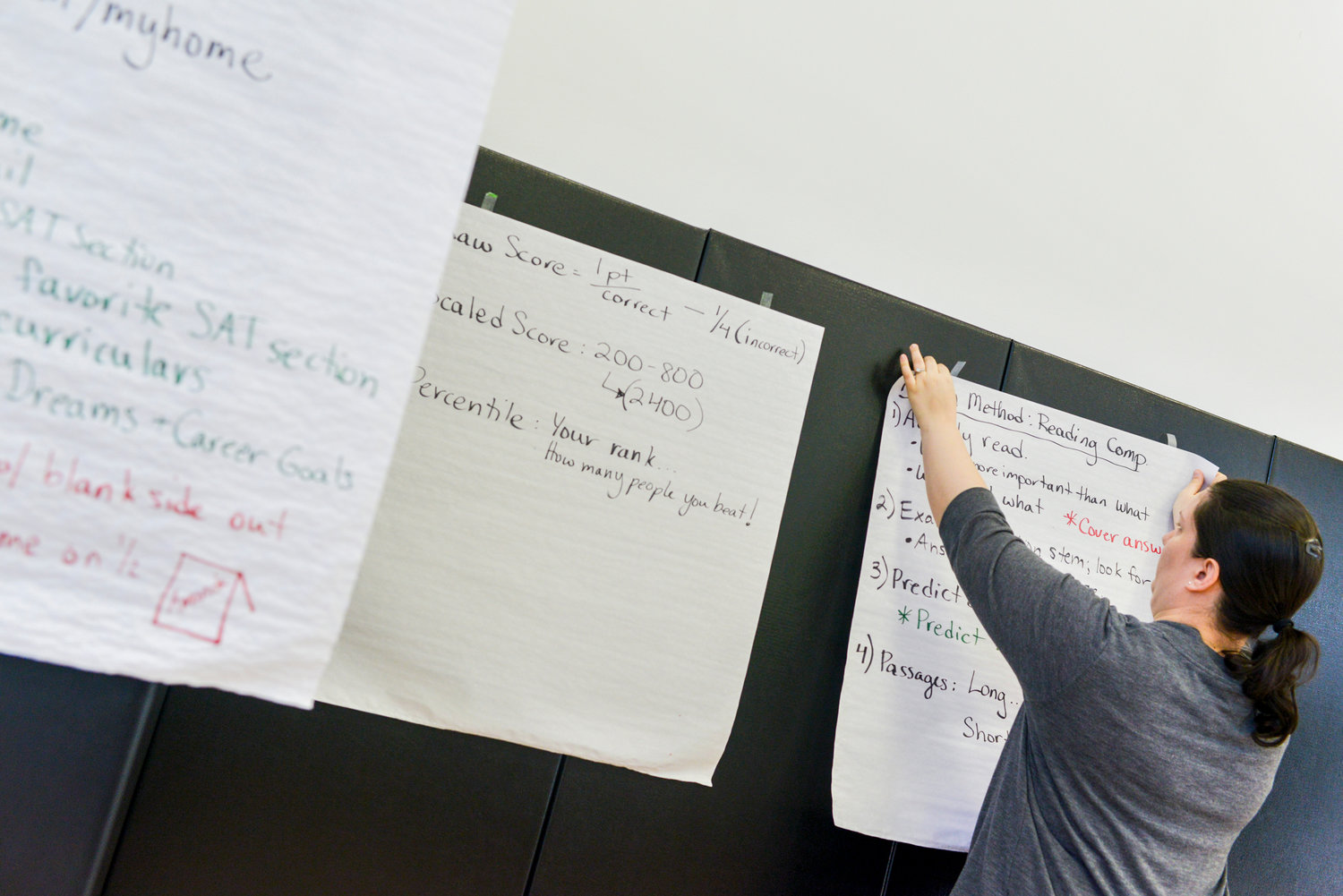 Students prepare for an upcoming SAT at the Riverdale Teen Center in 2015. Many standardized tests took a backseat last year due to the coronavirus pandemic, but they seem to be making a comeback after the Biden administration gave states the go-ahead to proceed with their standardized testing this year.
ADRIAN FUSSELL/ File 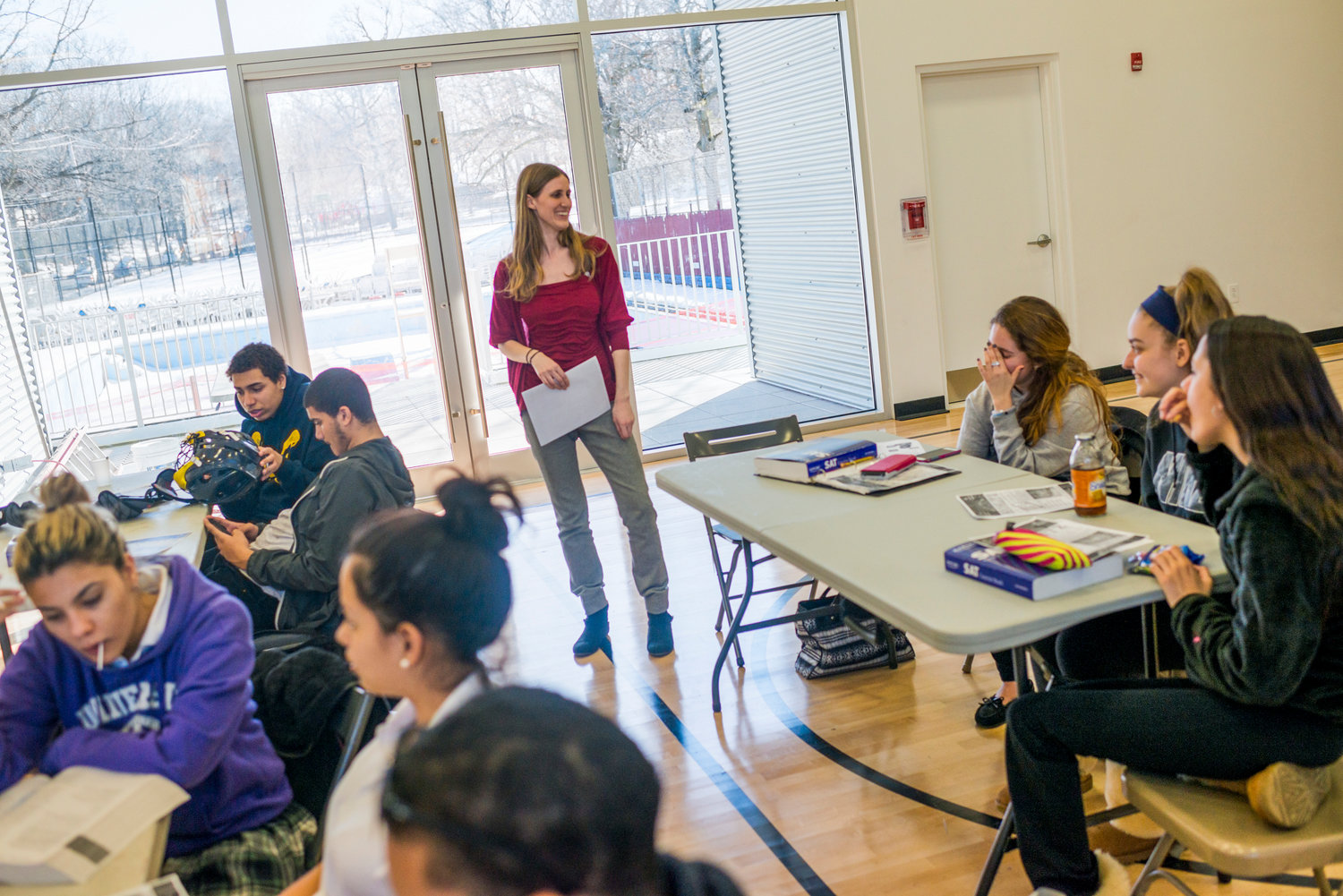 Students prepare for an upcoming SAT at the Riverdale Teen Center in 2015. Many standardized tests took a backseat last year due to the coronavirus pandemic, but they seem to be making a comeback after the Biden administration gave states the go-ahead to proceed with their standardized testing this year.
ADRIAN FUSSELL/ File
Previous Next
By ROSE BRENNAN

Like it or not, standardized testing has become an integral part of the American school landscape. But when a once-in-a-lifetime pandemic hits the country, some things needed to temporarily take a back seat — and testing wasn’t immune.

It wasn’t safe for many state and federal standardized tests to take place at the height of the coronavirus pandemic last year. New York canceled its Regents exams last June, and did it again this past January. And many colleges made testing optional when it came to admission decisions, meaning any student not able to take tests like the SAT, ACT, and Advanced Placement exams wouldn’t be penalized.

But the tide may be shifting when it comes to the role of standardized testing during the pandemic. And probably to the chagrin of many students — and teachers — the Biden administration has opened the door for states to bring end-of-year standardized tests back.

It’s not a door the Board of Regents is walking through, however, It voted unanimously to cancel the majority of its exams, leaving only English and language arts, math, earth science and living environment subjects on the table.

For those tests that do return, they might not look the same as usual. The federal government is allowing some wiggle room for how those tests are administered — including delaying them until summer or fall, administering them remotely, and even providing shorter versions, according to a letter from acting assistant education secretary Ian Rosenblum.

In the city’s public schools, students can opt out of standardized tests with the permission of their parent or guardian. It’s a decision now-ex schools chancellor Richard Carranza urged parents to think about.

“As an educator, I would say to parents there is an opt-out, and if there is ever a time to consider whether that opt-out makes sense for you, now is the time,” Carranza said last month. “We do not want to impose additional trauma on students that have already been traumatized.”

But at least for this testing cycle, state standardized tests don’t just serve as a specially developed psychological torture mechanism for students. Paula White, executive director of Educators for Excellence, thinks administering the tests could help identify students who have experienced the highest amount of learning loss through the pandemic, making it faster and easier for schools to discover who will need specialized support.

“The Biden administration is acutely aware of how monumental this year has been for students, and … they are thinking about what we can learn about where this has left our children,” White said. “What we really want to do is have a learning moment about what this year has meant for students, (and) who are the students that were sort of best able to continue their learning at this time.”

The data collected from these tests might not be infallible, White said, especially if parents opt their children out. But there’s something even more troubling on her mind.

“We have students who have literally fallen off the grid,” White said. “We have students who either didn’t have devices or they have just been disengaged. And (for) those students, however, the data will mean nothing, because they won’t be captured in it. So that is extremely worrisome.”

Identifying students who might need more learning help is important to White, but she also supports many decisions — like that of the Regents — to set those exams aside for now. To White, having those high stakes just isn’t appropriate in the midst of a pandemic.

Now, of course, Bowman is the vice chair of the House Education and Labor Committee. And he’s committed to fight standardized testing, especially during the coronavirus pandemic.

“There’s been studies throughout the country that talk about the mental health toll that’s been taken because of this pandemic,” Bowman said. “There’s just so much going on. And our focus needs to be on opening safely and securely for our kids and reacclimating them to the learning environment, not on creating, administering and scoring a test that we know kids are going to do poorly on.”

Bowman doesn’t believe standardized testing is the best way to identify students who have struggled academically during the pandemic. Rather, he thinks he can identify which children need help and other resources even before the state can put together a pandemic-era standardized test.

“We know exactly where the learning loss exists,” Bowman said. “I’ll tell you right now how kids are going to perform: Low-income communities, communities of color, red-lined communities, students with special needs and English language-learners are going to underperform. I can tell you that already because we’ve seen the results for over 20 years.”

While he’s pushed for project-based and experiential learning rather than “teaching to the test,” Bowman isn’t pretending students haven’t missed out on learning during the pandemic. But the congressman thinks there’s a better way to identify and help those students rather than subjecting them to a standardized test.

“Have we forgotten that teachers give finals and midterms and quizzes, and assess kids every single day as they’re teaching?” Bowman asked.

“Our teachers are still assessing kids on a daily basis. Teachers, principals and parents know where kids are. Communicate that data to the district, and to the state if necessary, so that we can identify a ‘learning loss.’”