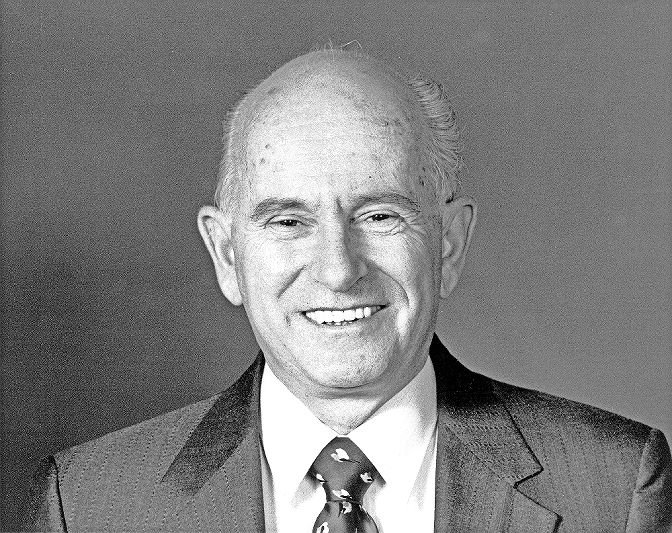 Bronx-born, on Sept. 3, 1928, he served in the U.S. Army during the Korean War, and was honorably discharged, having attained the rank of staff sergeant and earned a Bronze Star.

He attended Bronx public schools, including Wade Junior High School and the Bronx High School of Science, where he was popular, and was on the track and handball teams. He also was on the staff of the Survey, the school newspaper, and the “Observatory,” the school yearbook.

He attended Baruch College of Business Administration, the premier school for accounting, where he honed his leadership skills through extracurricular activities. He was editor of Accounting Journal, representative to the student council, vice president of his class, on the track team, and a member of the Phi Alpha fraternity.

He met the “love of his life” Dorothy at a Bear Mountain picnic, where they were dating different individuals. And after waiting a respectable amount of time, through sheer perseverance, he tracked her down by going from building to building on her block. He already had made up his mind, so after a short courtship, they were engaged two months later, and married in October 1955.

The only time he left the Bronx, aside from his time in the army, was for six years when they lived in Upper Manhattan.

After their two children, Linda and Howie, were born, they moved to Riverdale and continued to live there for the rest of his life. The first thing they did was subscribe to The Riverdale Press to learn about activities in the area, and eventually got to know the Stein family quite well. They also joined the Riverdale Jewish Center, and have been members for more than 50 years.

He became interested in community activities and joined the Riverdale chapter of B’nai B’rith. It was not until later, when their son Howie was diagnosed with multiple handicaps and there were no services for him or other children like him, that he realized the importance of getting involved in the local community board, thus advocating from within.

When attempting to attend a health and hospitals committee meeting, the chair tried to bar him, other parents, and a professional social worker who was with them. They stood their ground that evening, and within a few years, he was appointed to Community Board 8 and was chairing that same committee.

Subsequently he, along with other parents, made progress in educating community board and elected officials, and was instrumental in effecting the establishment of community residences for the developmentally disabled.

He also chaired the library committee, was a member of the executive board, became treasurer, vice chair, and eventually served three terms as chair of CB8. Former staff members called him a “hands on” chair, but always fair and showing great integrity.

He remained an active member of the community board until his passing. He also worked closely with four Bronx borough presidents as part of the Borough Advisory Council for Persons with Disabilities.

His goal, whether in the community or citywide, was always to make locations barrier-free, long before it was an issue in society at large. It was his persistence that pushed agencies and government to develop programs that would accommodate people with physical as well as cognitive needs.

Locally, he badgered the Riverdale Jewish Center board to include ramps in its renovation plans. With so many people attending services using wheelchairs, walkers or strollers, the building is now fully accessible to all existing and new congregants.

At the Hebrew Institute of Riverdale, he secured funding for the interior ramps, which Rabbi Avi Weiss insisted be built on both the male and female sides in the sanctuary.

Both in the Riverdale-Kingsbridge community and the world of the disabled, he made himself available for any individual problems, and always followed up to make sure all expressed concerns were addressed. At the same time, Dorothy served on numerous additional committees and councils. Together, their motto was “the difficult we accomplish today, and the impossible tomorrow.”

Howie’s untimely passing 10 years ago was preceded by a milestone celebration of his 50th birthday held at The Riverdale Y with 100 people in attendance. Howie’s passing left a huge void in his father’s life, but he continued his volunteer efforts for other individuals.

Funeral services were held at the Riverdale Jewish Center on Monday, Jan. 13. More than 200 people attended, including such public officials as U.S. Rep. Eliot Engel and Councilman Andrew Cohen. Top executive staff members from numerous non-profit agencies, as well as current and former chairs of Community Board 8 and its members, were present.

The services were presided over by current rabbis David Zirkind and Yitzi Genack, while eulogies were given by longtime friends Rabbis Jonathan Rosenblatt and Avi Weiss.

On a personal note, his favorites were mostly the underdogs in sports, first the New York (baseball) Giants, then the Mets, the Jets, the Rangers, and of course, the Knicks. He liked listening and dancing to the music of the big bands, reading westerns by Louis L’Amour, watching the opera “Carmen,” attending Broadway musicals, and spending quiet time at Wave Hill. He loved to travel both near and far, with his favorite trips being Israel and Australia.

He is survived by his wife of nearly 65 years, Dorothy, daughter Linda (Michael), grandson Matthew (Alliana), granddaughter Rachel, and many dear relatives and friends.