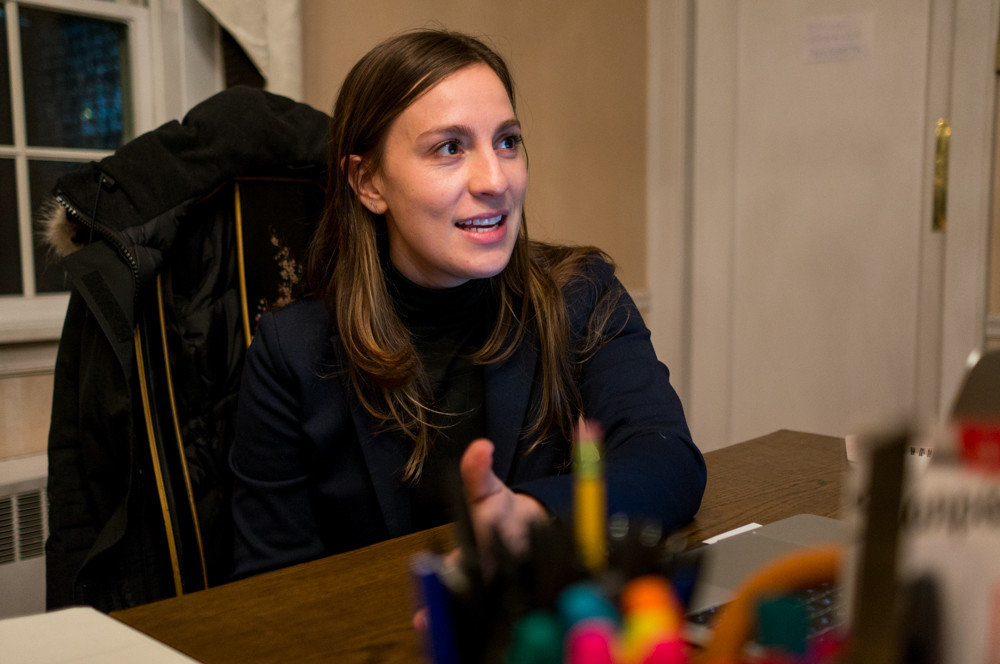 State Sen. Alessandra Biaggi provided a much-needed boost to Jamaal Bowman back when he sought to do what many said was the impossible — unseat longtime congressional incumbent Eliot Engel. Now a congressman himself, Bowman is putting his support behind helping Biaggi succeed Tom Suozzi in the U.S. House.
Julius Constantine Motal / File 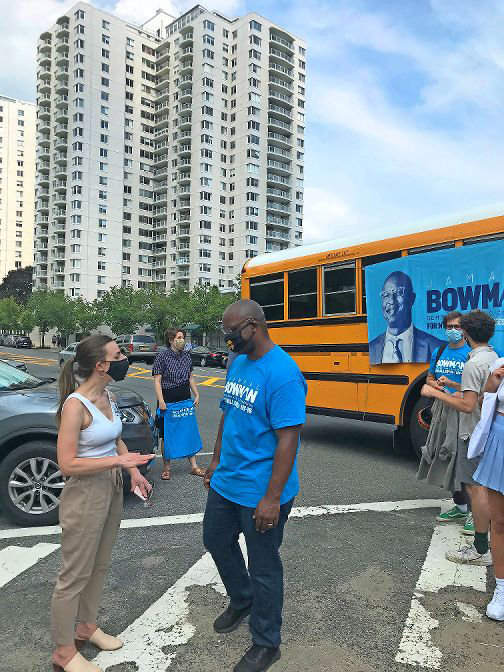 State Sen. Alessandra Biaggi provided a much-needed boost to Jamaal Bowman back when he sought to do what many said was the impossible — unseat longtime congressional incumbent Eliot Engel. Now a congressman himself, Bowman is putting his support behind helping Biaggi succeed Tom Suozzi in the U.S. House.
MICHAEL HINMAN / File
Previous Next
Mayor suggests jail for Bowman

A number of political groups — including the Working Families Party and The Jewish Vote — have called out Yonkers mayor Mike Spano last week after he suggested on a Westchester County radio show that U.S. Rep. Jamaal Bowman go to jail for how he voted on a bill last year championed by President Joe Biden.

“They should have arrested him for his ‘no’ vote on infrastructure,” Spano told Phil Reisman and Matt Richter on WVOX-1460 AM, according to the Yonkers Times. “I’m a hardcore moderate in the middle, and that is where most of us are and end up. But the Democratic Party over the past two years has been pushed to the left, and the reforms — like bail reform — have gone too far.”

Working Family representatives demanded Spano apologize to the congressman, who himself did not respond to the mayor’s comments.

“This is sadly a threat that too many Black New Yorkers have heard before,” the political party share in a statement on social media.

“Rep. Bowman has fought tooth-and-nail for our communities in Congress, and it’s entirely unacceptable for Mayor Spano to threaten his safety and livelihood.”

Spano later told The Riverdale Press in a statement he was simply reacting to Bowman’s recent arrest and fine as part of a voting rights protest outside the Senate chamber.

“While being interviewed by a reporter who mentioned Jamaal Bowman’s recent arrest during a protest, I expressed my disappointment with his ‘no’ vote on the infrastructure bill,” Spano said, adding that going against the Biden legislation — which passed even without The Squad’s support — “ultimately hurts working families across the state — an issue that can’t be ignored.”

When Mario Biaggi was elected to Congress in 1968, he returned a seat controlled by Republican Paul Fino back to the Democrats.

A retired New York Police Department detective lieutenant, Biaggi finished law school despite having no other college education, running for office not only as a lawyer, but a partner in his own firm of Biaggi & Ehrlich.

A half-century later, his granddaughter would embark on a similar path, except she attended college instead of working in the NYPD. Alessandra Biaggi became a lawyer herself, at one point even working in the governor’s office before deciding she would attempt what bigger names failed to accomplish: She would unseat state Sen. Jeff Klein.

A Democrat who caucused with Republicans through his rouge Independent Democratic Conference, Klein overcame one challenge after another — including a primary battle with popular councilman and later state attorney general Oliver Koppell to say in power.

But by 2018, the winds had changed thanks to Donald Trump’s victory in Washington, and Biaggi was a formidable opponent, leading a charge that toppled Klein and many other members of the IDC that returned the senate back to Democratic control.

And now Alessandra Biaggi is ready to go full-circle, seeking the redrawn congressional seat currently held by U.S. Rep. Tom Suozzi, and returning the Biaggi name to Capitol Hill for the first time since 1988.

“It’s exciting and it’s challenging at the same time,” Biaggi said, soon after launching her congressional bid. While many had expected her to make some sort of political jump at some point, Biaggi still has some mixed emotions about moving on from the state senate seat she invested so much of herself to win.

Even with Suozzi’s Nassau County district redrawn to include parts of Queens, the Bronx and Westchester County, if Biaggi wins the congressional seat, she will no longer represent the northwestern Bronx. Instead, that role will soon belong to U.S. Rep. Ritchie Torres, who will share the greater Riverdale-Marble Hill area with Adriano Espaillat.

U.S. Rep. Jamaal Bowman — who fought hard to collect enough votes to upset Mario Biaggi’s successor, Eliot Engel — will depart the area thanks to redistricting, and move more into Westchester and Putnam counties.

Yet that didn’t stop him, as a parting gift, to return the favor for Alessandra Biaggi, becoming the first major politico to endorse her congressional run.

“Alessandra is an incredible person,” Bowman said. “That’s first and foremost. Her heart is in the right place as she goes about doing her work. And she really cares about working people, people of color, and people who have been historically disenfranchised. And she’s passionate about dealing with all of the ‘-isms’ and ‘-phobias’ that plague our district and our country.”

Biaggi and Bowman have worked closely since the state senator withdrew her brokered support from Engel and backed Bowman in the 2020 primary instead. Outsiders to the powerful Bronx Democratic Party machine, the duo have been lockstep on a number of issues — including support of a controversial men’s homeless shelter on Broadway near West 262nd Street.

Bowman wasted no time backing Biaggi in her quest to join him in Washington, even though some observers fear her association with the progressive Squad — led by U.S. Rep. Alexandria Ocasio-Cortez — could hurt Biaggi in a district that is not as blue as what her senate seat represents.

Yet Biaggi says no one should assume where she stands ideologically, simply because of who she associates with.

“It’s not a secret that I am close friends with (Bowman), and I have a good friendship with Alexandria Ocasio-Cortez,” Biaggi said. “We probably agree on a lot of things, if you had to line them up. But not on all things.”

Bowman took that a step further, shunning the labels slapped on Squad members since Ocasio-Cortez’s upset of U.S. Rep. Joe Crowley in 2018.

“Stop calling me progressive,” Bowman said. “Stop calling me liberal. Stop singularly categorizing me as part of The Squad, and call me someone who cares deeply about the world around us.

“No label can define us.”

What drives both he and Biaggi politically is not partisan definition, Bowman said, but heart.

Biaggi has entered a crowded Democratic primary race where two candidates have already combined to get a $700,000 head start on fundraising. That effort is led by Joshua Lafazan, who was first elected to the Nassau County Legislature when he was just 23, and if successful, would join AOC and North Carolina Republican Madison Cawthorn as Capitol Hill’s youngest lawmakers.

But also in the race is Melanie D’Arrigo, who faced Suozzi in the 2020 Democratic primary and lost. However, Suozzi is now focused on upsetting Kathy Hochul for the governor’s mansion, which could open the door for the health care consultant-turned-politico.

In fact, D’Arrigo countered Bowman’s backing of Biaggi with her own endorsement from former city council Speaker Melissa Mark-Viverito.

Biaggi’s congressional race prospects has now opened up her state senate seat, which itself could invite a crowded field that may include everyone from former state senate staffer and one-time city council candidate John Doyle, to former Biaggi deputy chief of staff Christian Amato, to even newly installed councilwoman Marjorie Velazquez.

But whoever ends up with the seat can’t measure the curtains just yet, because Biaggi says she still has work to do in the coming months.