Bowman has early lead, incumbents in other races easily fend of challenges 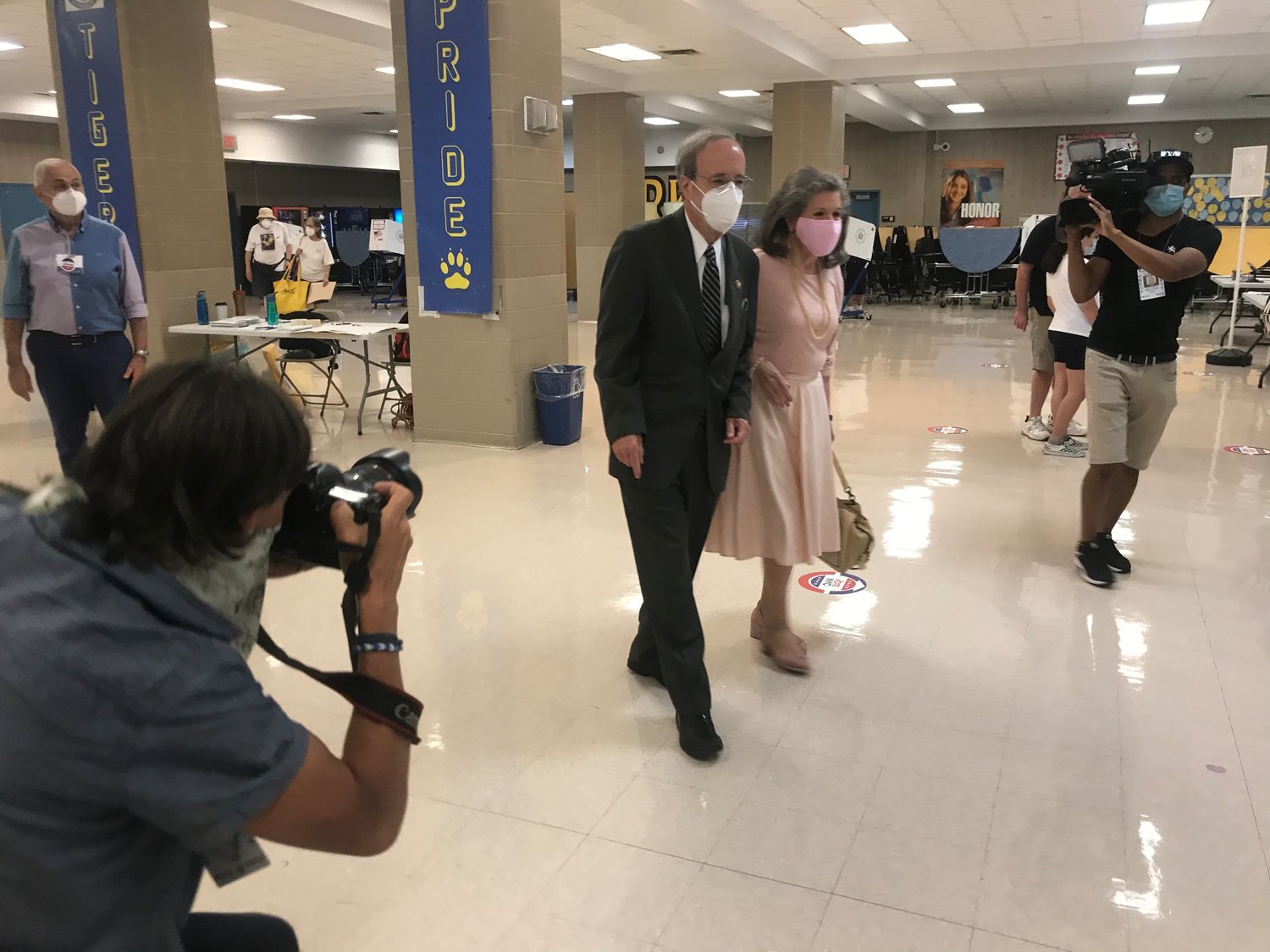 Eliot Engel hopes all of his votes are hidden in absentee ballots that have yet to be counted. Because if live-voting from Tuesday and early balloting is any indicator, his retirement may be coming sooner than he thought.

With 95 percent of election precincts reporting as of 3:20 a.m., on June 24, educator Jamaal Bowman leads Engel by more than 11,000 votes, giving him a little more than 60 percent compared to Engel's 34 percent, according to the state elections board. All precincts have counted in the Bronx, with Bowman earning 62 percent of the vote there, while Westchester still had 7 percent of its election districts out, but Engel only garnering 35 percent of the vote.

Bowman told supporters and volunteers Tuesday night at Cafe Hudson in Yonkers that Washington might have to get ready for a brand new congressman coming to town — and even the White House should be worried.

But even with the significant lead, it's still too early to tell who won the Democratic primary in the 16th Congressional District because there are still thousands of absentee ballots yet to be counted. Engel did not hold a post-election night gathering, but instead released a statement through his campaign just before midnight.

"With so many absentee ballots outstanding, and many still coming in, we know that the full results of the primary won't be known for some time," according to the statement. "Congressman Engel is proud of his progressive record, and looks forward to the final tallies from the full Democratic electorate in the Bronx and Westchester. "

New York has never had to deal with so many absentee ballots in the race — which generally, with 25 points separating the two main candidates — wouldn't even be a factor. But Gov. Andrew Cuomo signed an executive order last spring opening up what is usually a rather restrictive option for voters to allow anyone who fears exposure to the coronavirus to vote by absentee instead.

Those who choose to vote that way can vote right up to election day, as long as their ballot is postmarked no later than June 23, and is received by the end of the month.

But voters weren't the only ones concerned about the coronavirus. One poll worker at Riverdale/Kingsbridge Academy, where Engel cast his vote on Tuesday, said 20 poll workers had called in sick at that location, and said she had heard more at other precincts.

Media outlets have reported some election officials as saying they can't start counting absentee for eight days, although it's not clear where that directive is coming from. Section 9-209 of New York state election law requires poll clerks to get together to count votes within eight days of a primary election, provided that five-days notice is provided to interested parties — like the candidates — who may wish to observe the counting. A representative from the city elections board did not return calls Monday or Tuesday seeking clarification.

That could mean counting could commence anytime after the election, but would have to begin before July 1. City officials have not said when absentee ballots would be counted, although some media reports say it won't begin until at least July 1.

The congressional race was not the only one voters were deciding.  James Gisondi was seemingly no match for state Sen. Alessandra Biaggi in the 34th Senate District, with Biaggi earning 79 percent of the live votes.  Assemblyman Jeffrey Dinowitz seems to have control of his primary, earning 57 percent of the vote over George Diaz Jr., who has picked up 36 percent of those who cast their ballots at the polls.

In the Bronx civil court judge race, Wanda Negron garnered 18,655 live votes compared to 13,717 from her challenger, Linda Poust Lopez, according to the city's elections board.

Eric Dinowitz, who also is running for city council next year, is in a close race to keep his male district leader position in his father's Assembly district with 54 percent of the vote over Leonel Baez. Randi Martos, who also is Assemblyman Dinowitz's chief of staff, is in a close race with newcomer Carolyn Smith, but also has 54 percent of the vote.

On the state committee side, voters are learning toward Zulma Gonzalez among women, who leads Helen Morik by 18 points.

In the 14th Congressional District, U.S. Rep. Alexandria Ocasio-Cortez was barely challenged by Michelle Caruso-Cabrera, who managed to find just 19 percent of the vote.

And in the 15th Congressional District, where there are a dozen Democrats looking to succeed U.S. Rep. Jose E. Serrano, Councilman Ritchie Torres is on his way to victory with 30 percent of the vote, with Assemblyman Michael Blake earning 18 percent, and Councilman Ruben Diaz Sr., 14 percent.