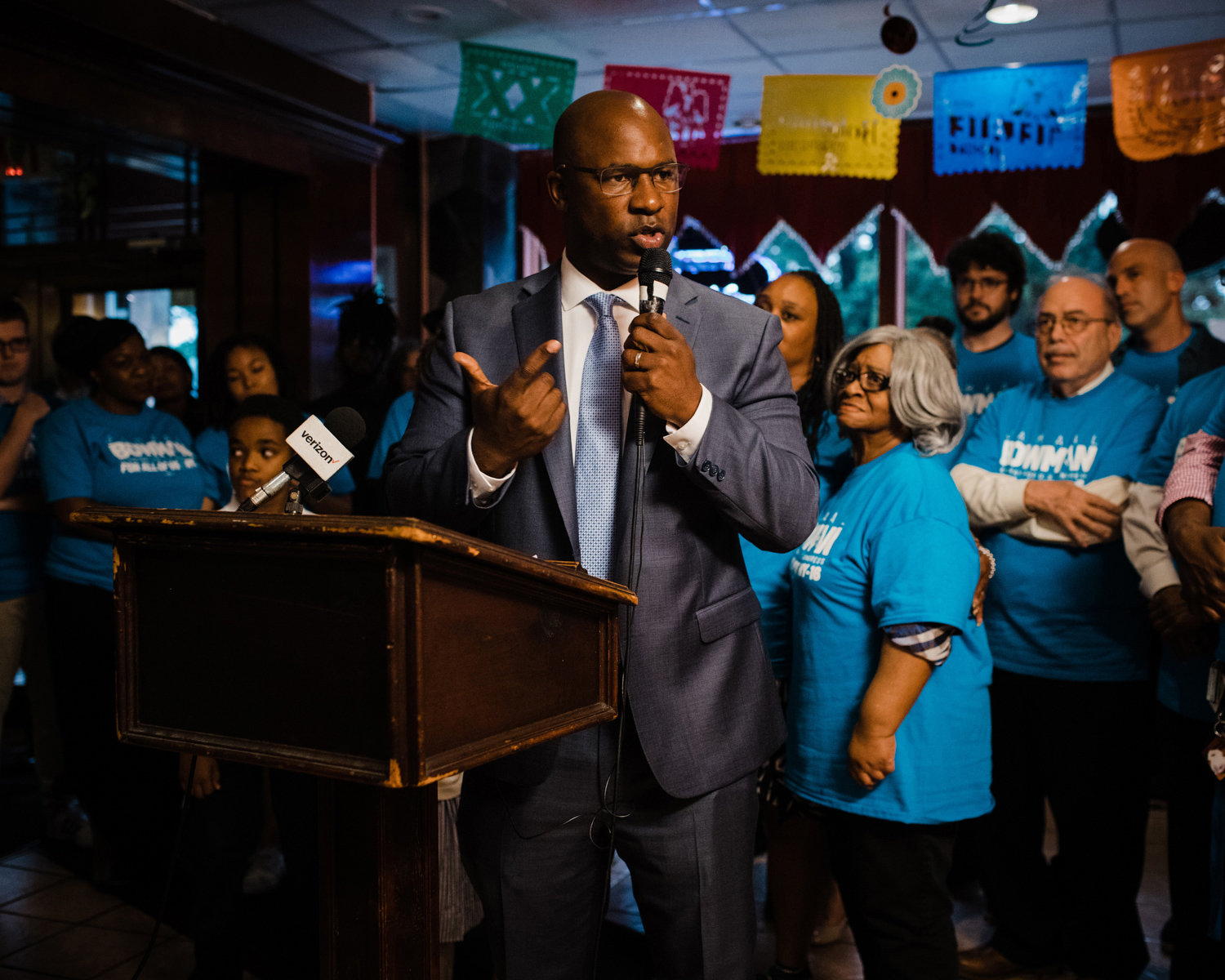 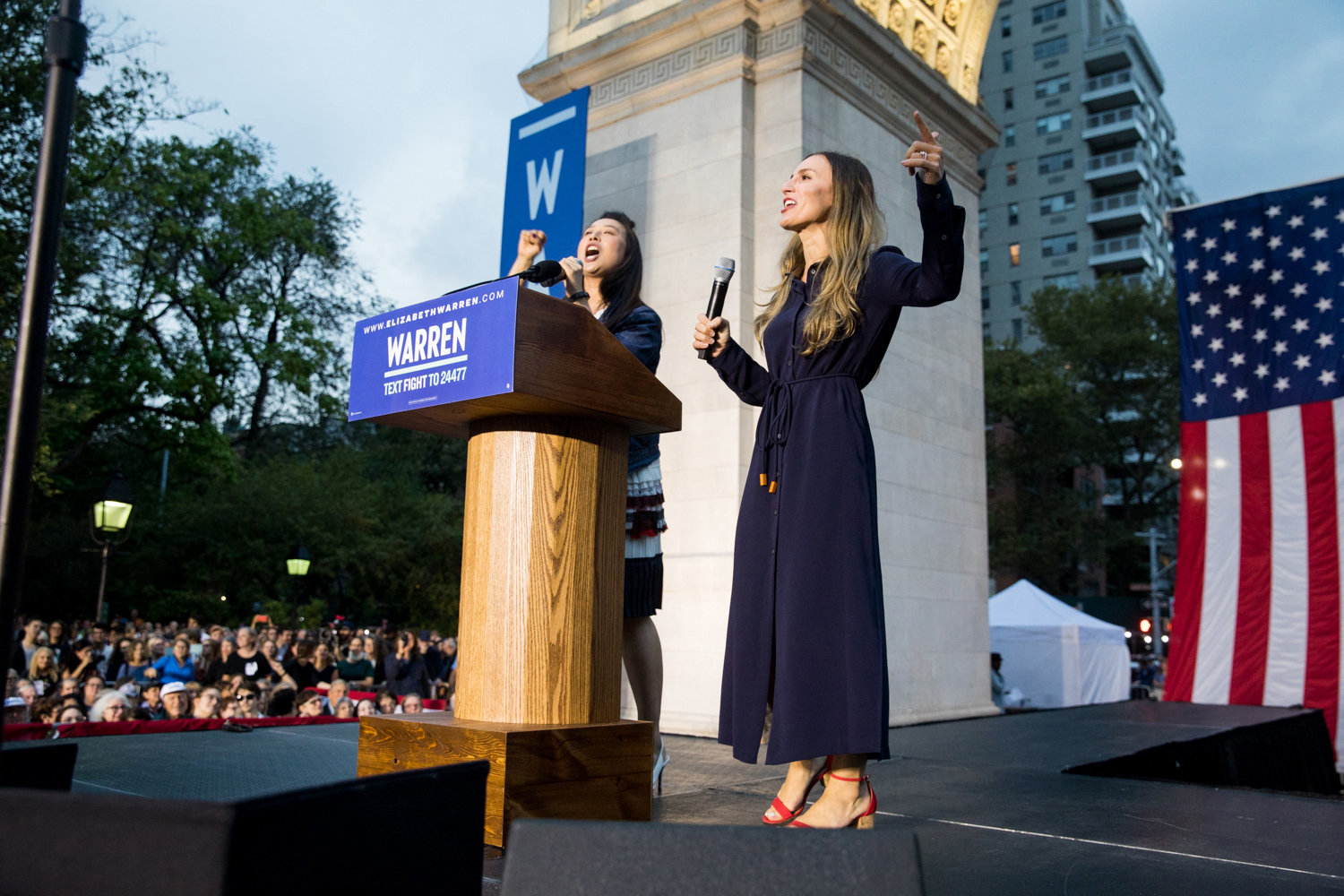 Newly sworn-in U.S. Rep. Jamaal Bowman joins another northwest Bronx progressive, state Sen. Alessandra Biaggi, in taking over offices from what was considered to be more moderate counterparts. During the most recent primary, Biaggi — who has been at odds with some of the ‘old guard’ establishment of local Democrats — withdrew her endorsement of Bowman’s predecessor, Eliot Engel.
JULIUS CONSTANTINE MOTAL/ File
Previous Next
By ETHAN STARK-MILLER

It might not be the kind of news House Speaker Nancy Pelosi wants to hear, but The Squad — an unofficial group of progressive members of Congress led by U.S. Rep. Alexandria Ocasio-Cortez — expanded a bit this election cycle with a few new members, including the newly sworn in U.S. Rep. Jamaal Bowman. And even before he took office, the successor to longtime congressman Eliot Engel has been making the rounds touting what appear to be ambitious plans for housing and education, among other issues.

One of those stops ahead of his swearing in was last month with Northwest Bronx Indivisible. It was with this progressive activist group — formed in the wake of the Trump presidency — where he emphasized pumping more federal dollars to help keep people in their homes in the midst of the coronavirus pandemic. He also wants to focus a lot on public education — something near and dear to his heart as a former Bronx public school administrator himself.

“Let’s make different policy decisions that are rooted in humanity, so we can uplift those communities that have been hurt the most,” Bowman said.

One top priority is to prevent mass evictions of those financially struggling during the coronavirus pandemic.

Rent support during this critical time would be a lifeline to those in lower-income neighborhoods like Kingsbridge and much of the Bronx.

Kathy Solomon, and member of Indivisible’s local steering committee — and a doctor — said this move is really important from a public health perspective.

“To turn people out of their homes in the middle of a pandemic, I can’t think of anything stupider,” she said. “What? You’re going to put them in some large shelter together? Really? To spread the virus?”

In the longer term, Bowman said he wants to cap rents at 25 percent of a tenant’s salary, and ultimately end homelessness.

Inequities between the funding of Bronx public schools and other parts of the state, Solomon said, was a big concern of parents she’s spoken to in recent years. Morgan Evers — a political activist herself who also is a member of P.S. 24 Spuyten Duyvil parents’ association — said Bowman’s “New Deal for Education” plan is one of the main reasons she’s excited about his upcoming tenure in the House.

“Public school infrastructure is outdated. It’s unsafe,” Bowman said. “Everything from lack of HVAC systems to lead in the water is something we’re going to be dealing with.”

Transitioning from a longtime representative to a new congressman is not always easy, but Bowman assured group members he’s looking to ease that changeover as much as possible, beginning with plans to place his main district office somewhere in Riverdale. That would be in keeping with Engel, who maintained his primary office on Johnson Avenue. He also hired Ashley Torres, former chief of staff to former councilman and now U.S. Rep. Ritchie Torres, to be his district director.

Bowman enters Washington at a precarious time: The Democrats still control the House, but only by a slim nine-seat margin. Joe Biden is president-elect, but the fate of U.S. Senate began the new year still up in the air with two Georgia run-off races ultimately deciding party control of the upper chamber.

With all that said, Bowman and other progressives may have to moderate their positions on several issues in order to get bills passed.

Additionally, if Democrats fail to take the Georgia runoff races, it could be nearly impossible to pass progressive policies.

The top item on Bowman’s racial justice agenda is to pass H.R. 40, intended to give financial compensation, or reparations, to the descendants of slaves. He added that he wants to introduce anti-racist curriculum for students ranging from pre-K through college level, and incentivize states and cities to implement that curriculum.

It’s a pretty full plate, especially for someone who has yet to settle in to his new Capitol Hill office

“So, a lot to do, a lot to think about, a lot to figure out,” Bowman told the Indivisible members. “I look forward to working with you all and getting this stuff done.”