Branching out from the garden to the backyard 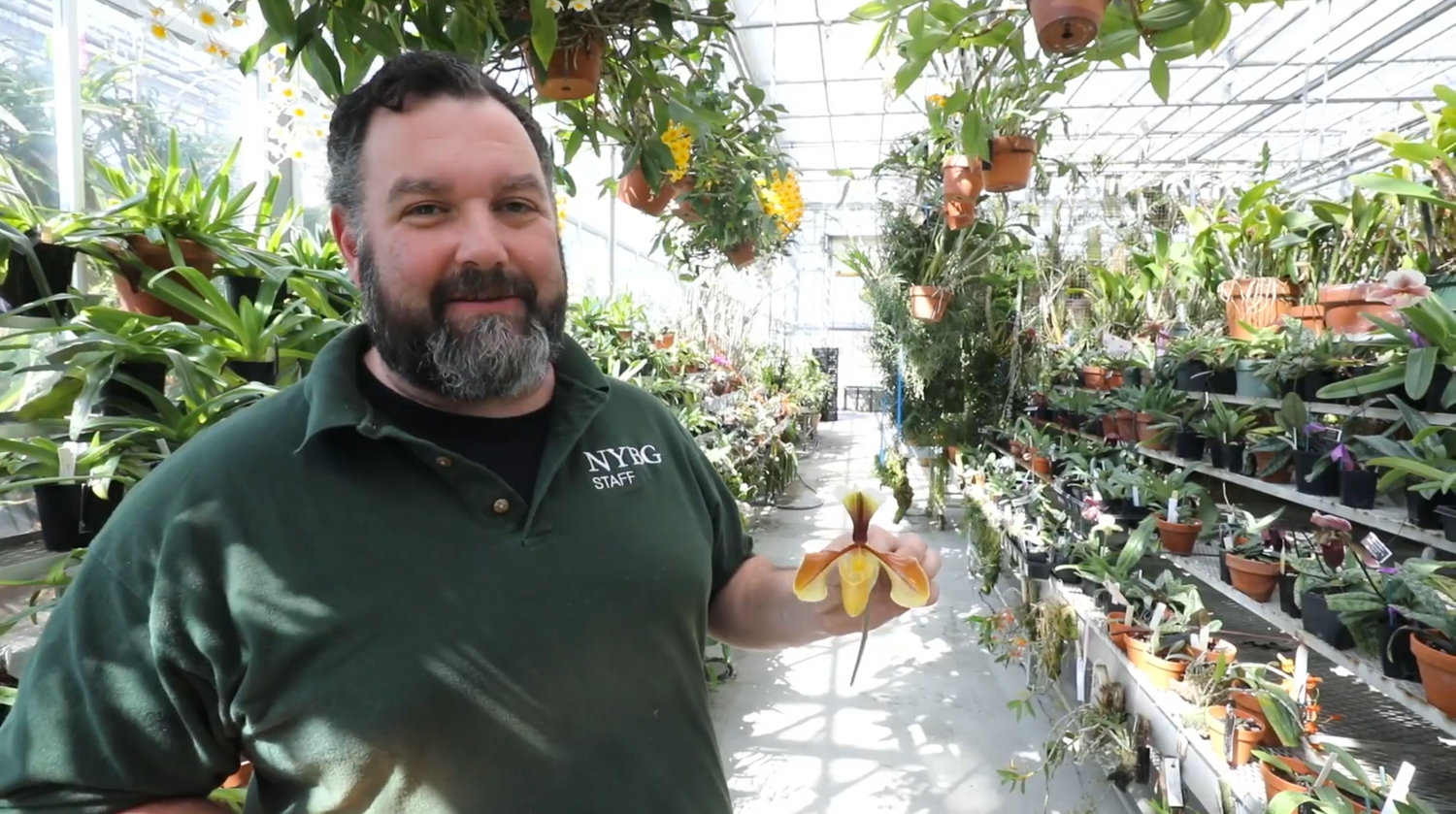 Marc Hachadourian, director of glasshouse horticulture and senior curator of orchids at New York Botanical Garden, explains the anatomy of a lady’s slipper orchid during the garden’s ‘Happy Hour at Home’ program. The garden is closed as a result of the coronavirus pandemic, and has endeavored to take many of its programs online.
Courtesy of New York Botanical Garden 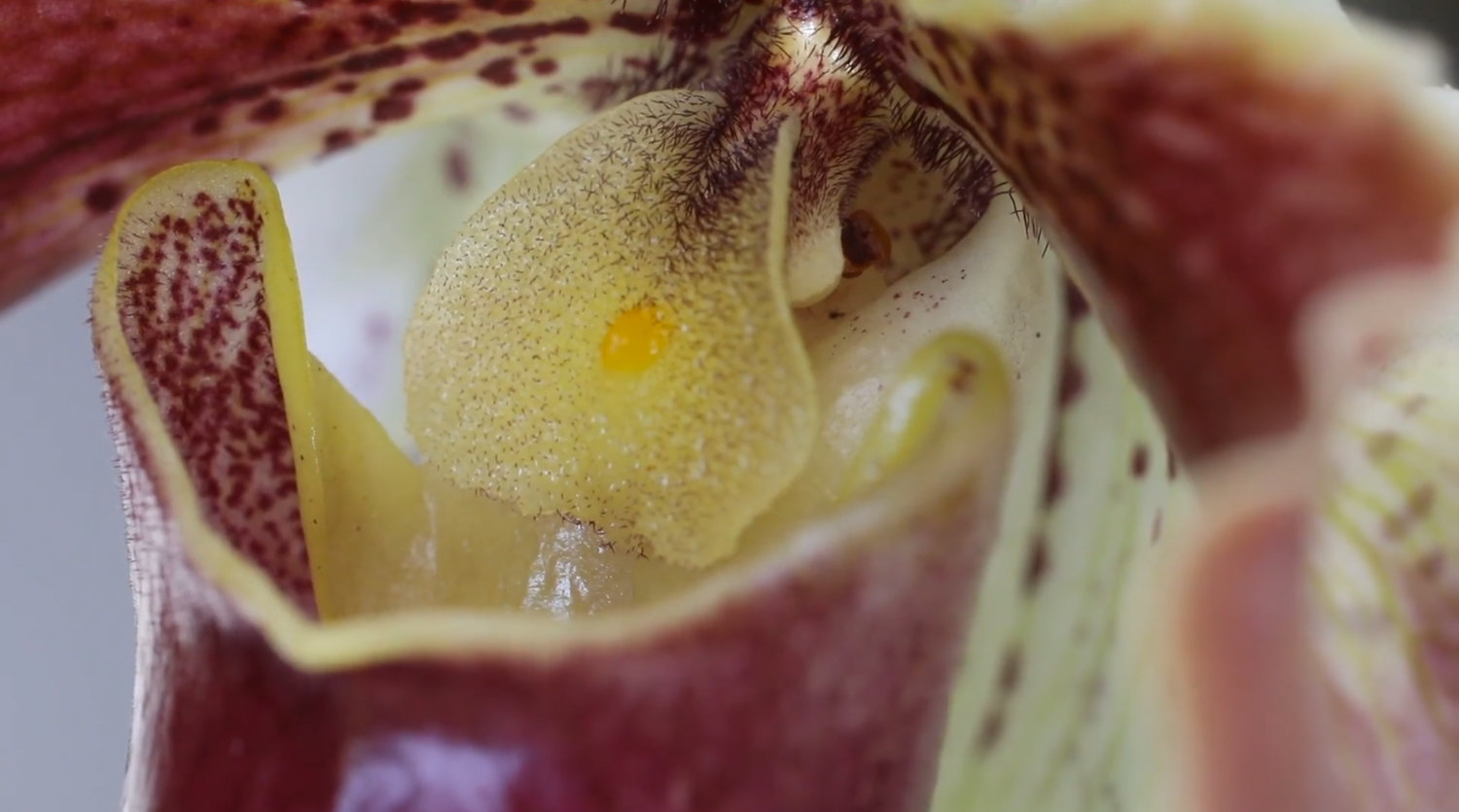 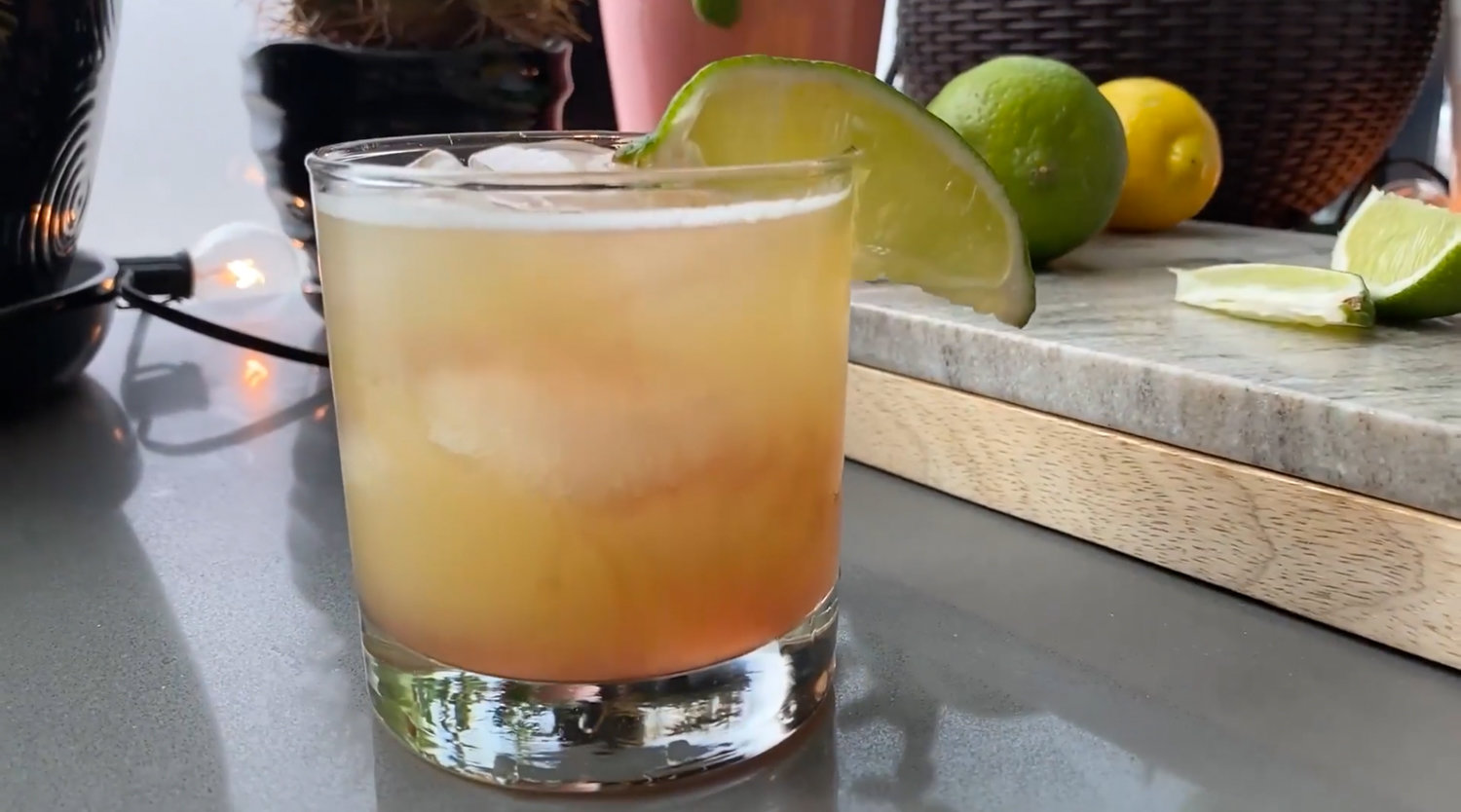 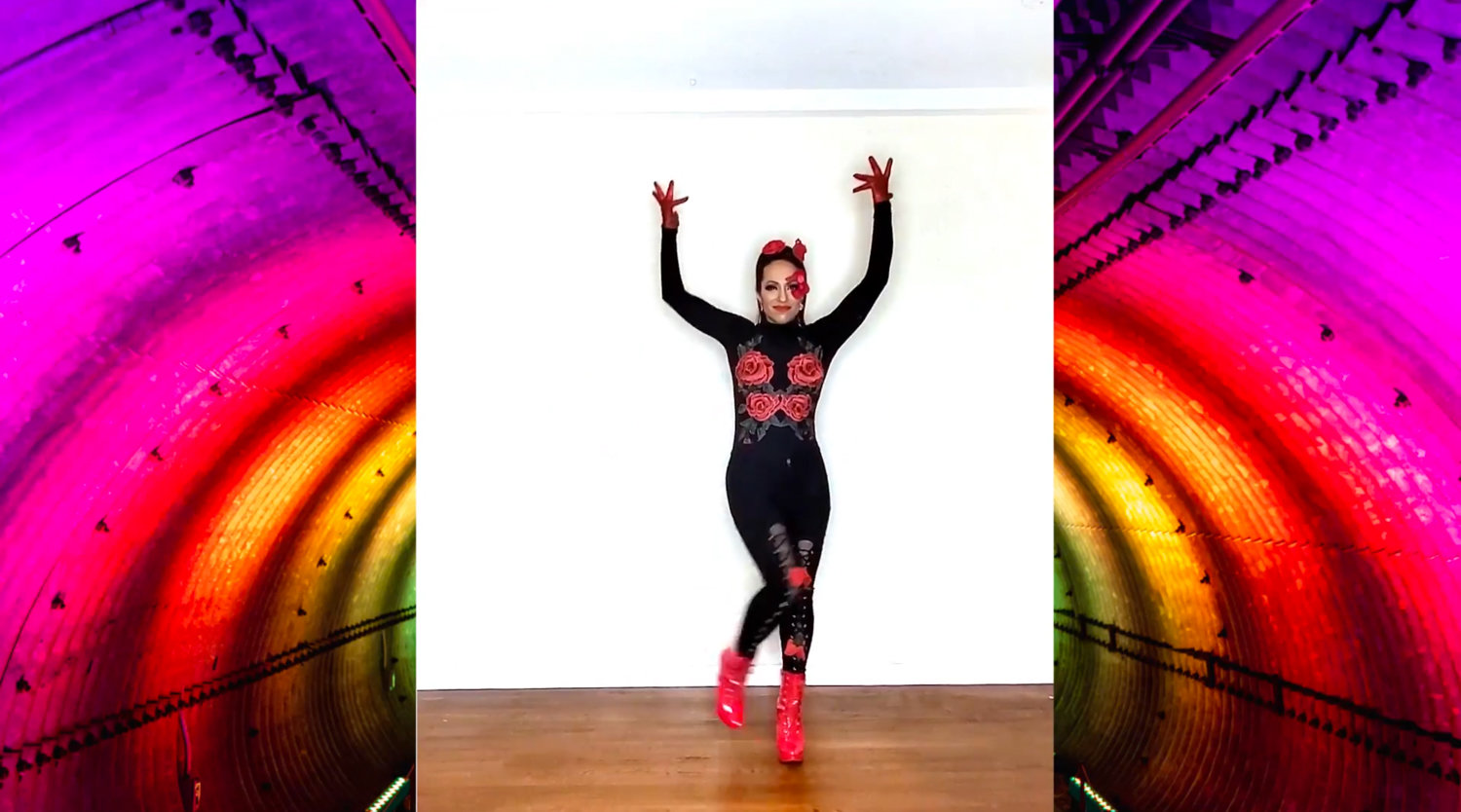 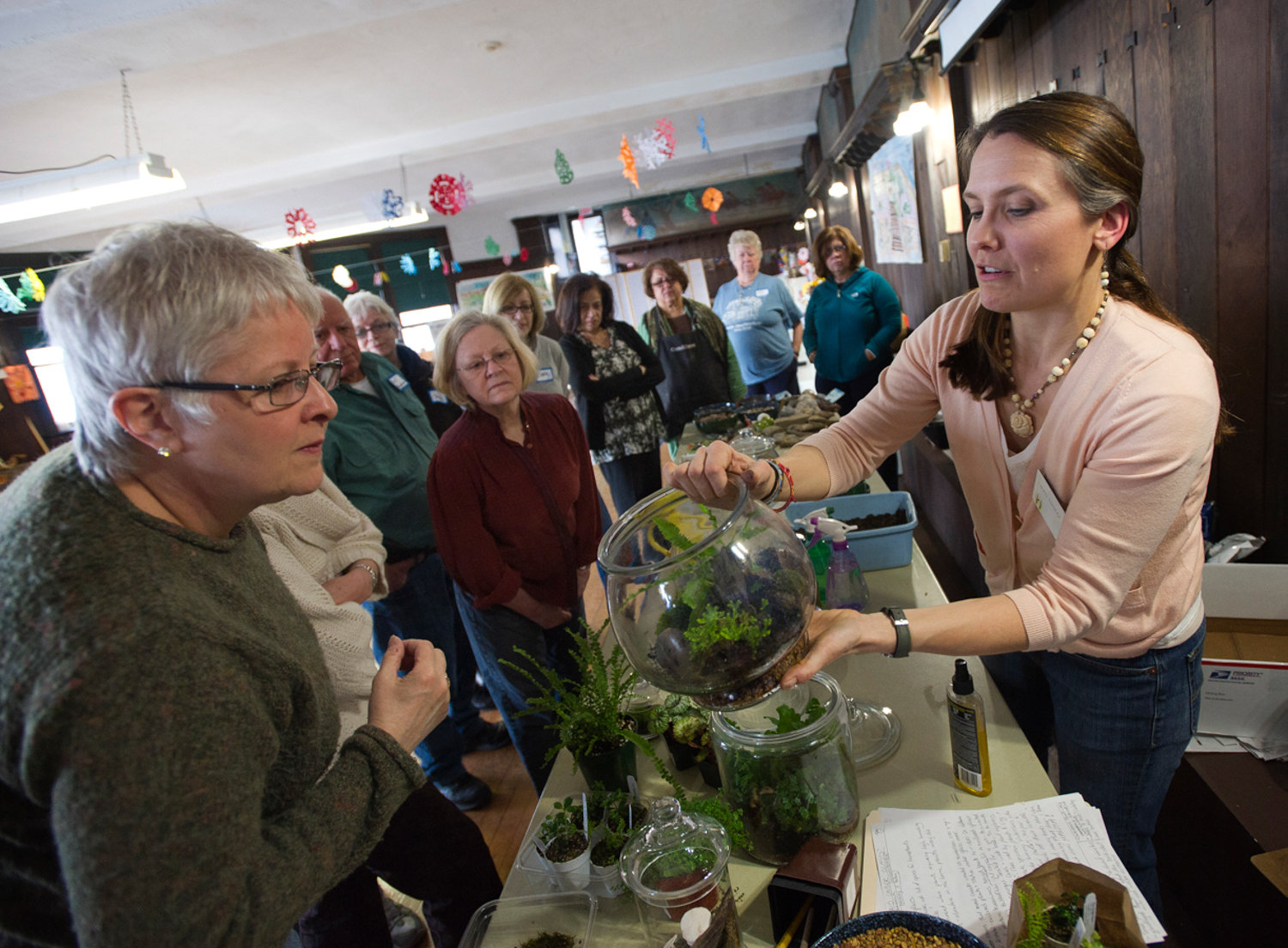 Wave Hill is taking its programs, like Family Fun Day, online to give people the chance to experience the garden virtually. Like many institutions across the city, Wave Hill has had to adapt to the challenge posed by the coronavirus pandemic.
Courtesy of Joshua Bright
Previous Next
By RAPHAEL LASSAUZE

Spring has sprung, but the parks are empty. The gardens seem abandoned. Trees — whose branches have begun to bloom deep in Spuyten Duyvil Shorefront Park — remain unseen and unappreciated.

In the middle of March, Wave Hill closed its gates in order to enforce social distancing regulations, which have been put in place to mitigate the spread of the coronavirus that causes COVID-19.

“We left the grounds open to a sparse population of visitors at first,” Gellens said. “But it rapidly became clear that we had to close them off. We hope dearly that we’ll be able to open it back to the public soon, but everyone’s health is our priority right now.”

The community’s own location for learning and relaxation wasn’t the only major institution shutting down at the start of its prime season. The New York Botanical Garden closed March 16, and is expected to remain closed through April.

“We are taking the warnings about the virus seriously,” spokesman Nicholas Leshi said, in a release. “We want to reduce potential pathways for community spread.”

And yet, despite the shuttering of its physical gates, a new entrance has flung open for visitors to both of the Bronx’s favorite floral institutions.

From the first day of closures, Wave Hill’s team of gardeners, educators, directors and artists have collaborated, creating a new set of programs and events accommodating one of the public’s most pressing needs: activity.

“We were able to put this together rather well,” Cotumaccio said. “All we had to really do was help our educators and artists transition from a person-to-person situation to a virtual situation.”

Educators like Gabriel Willow, a naturalist whose educational walks through the garden have become a staple of Wave Hill’s programs, have begun a series of nature walks much closer to where they are. Willow has charted a path through the vibrant yet sparse foliage of Brooklyn.

“You hear Brooklyn and you don’t really think of trees,” Cotumaccio said. “But there’s something really valuable there. A lot of people, for example, may not know what kind of tree grows on the sidewalk outside their apartment. Now they can learn from the comfort of their rooms.”

The nuances of adapting Wave Hill‘s programs to suit the needs of home-based patrons has included converting the weekly Family Art Project — a series of arts and crafts activities based on horticulture and art — into a weekly video series airing every Saturday morning.

The botanical garden has also done its best to provide a virtual interaction between the garden’s famously extravagant and vibrant events, and the everyday visitor. The garden hosts watch parties via Facebook, featuring a wide variety of events, from pre-recorded concerts to virtual tours of “Jeff Leatham’s Kaleidoscope,” the orchid show, which was the last program before the botanical garden closed its doors.

“While the garden’s gates may be closed at this time, our virtual gates are wide open,” spokesman Leshi said. “The garden invites its community near and far to stay connected through this challenging time.”

While connecting face-to-face with the garden is preferred, online connection was just as possible. A watch party April 9 attracted 200 viewers learning how to make an “orchid sunset,” a cocktail inspired by Jeff Leatham’s “Rise and Shine” orchid installations. They got a workout and a step-by-step dance lesson by performance artist Princess Lockeroo, which culminated in a full demonstration.

Marc Hachadourian, glasshouse horticulture director at the botanical garden, made an appearance, elucidating online viewers on what exactly makes an orchid an orchid.

The endeavor to engage with the community has been the ethos of both the botanical garden and Wave Hill in these trying times.

“Our aim right now is to provide all we can,” Cotumaccio said. “We want to give everyone something to do, but still with a focus on community. We don’t just want to distract people, we want to help them engage with one another and themselves.”

Cotumaccio’s initiatives to get Bronx neighbors focused on learning and being active are as varied as the botanical garden’s. Wave Hill provides video lessons on community science, a series in which viewers identify what lies in one’s backyard, as well as family art projects presented by Wave Hill artists from the safety of their own personal studios.

“There’s so much we want to do right now,” Cotumaccio said. “By the end of the month, we’ll have virtual art workshops that people can log on to. There will be virtual meditations and wellness programs. We’ll also be providing a caregiver series. Most parents are not educators, but we can give parents the basic tools necessary to talk about learning with their children.”

While two of the borough’s best-known gardens are physically closed for now, they’re seemingly doing their best to bring the garden to their neighbors.

“In all likelihood, we won’t have spring visitors,” Gellens said. “But we will branch out in order to reach people who seem to be far away, but aren’t really.

“We’re all in this together.”