Bringing a little art home when we need it most 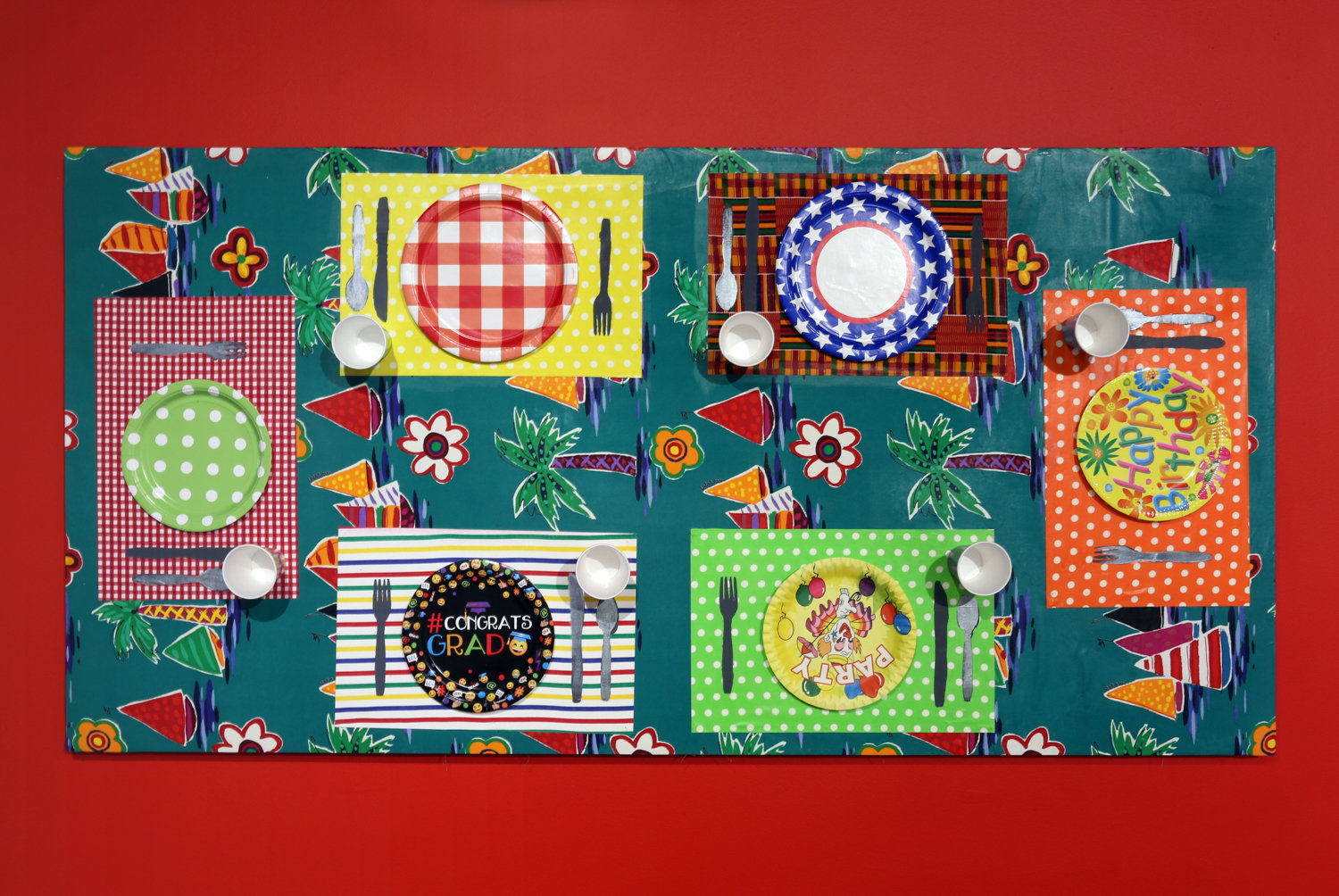 The Hudson River Museum has brought the work of major artists like Derrick Adams’ ‘Tables Turned 2’ to the digital plane as part of its Museum from Home program, aimed at promoting art and community interaction during the coronavirus pandemic.
Courtesy of the Hudson River Museum 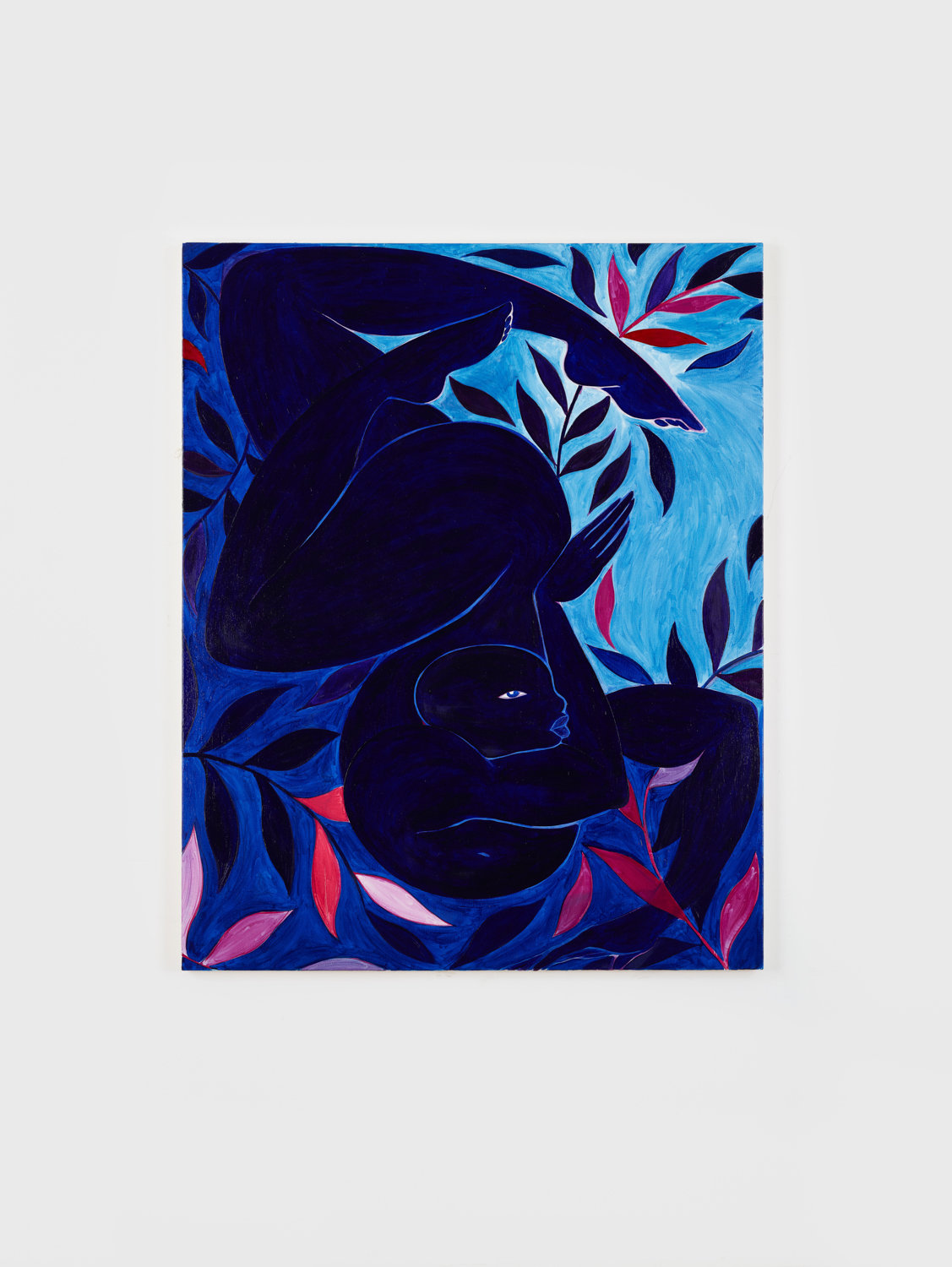 The Lehman College Art Gallery’s ‘Young, Gifted and Black’ exhibit, which features Tunji Adeniyi-Jones’ ‘Blue Dancer,’ has become the centerpiece of its online art workshops, where those using the Zoom online conferencing app can create art and share it with one another during the coronavirus pandemic.
Courtesy of The Lumpkin Boccuzzi Collection 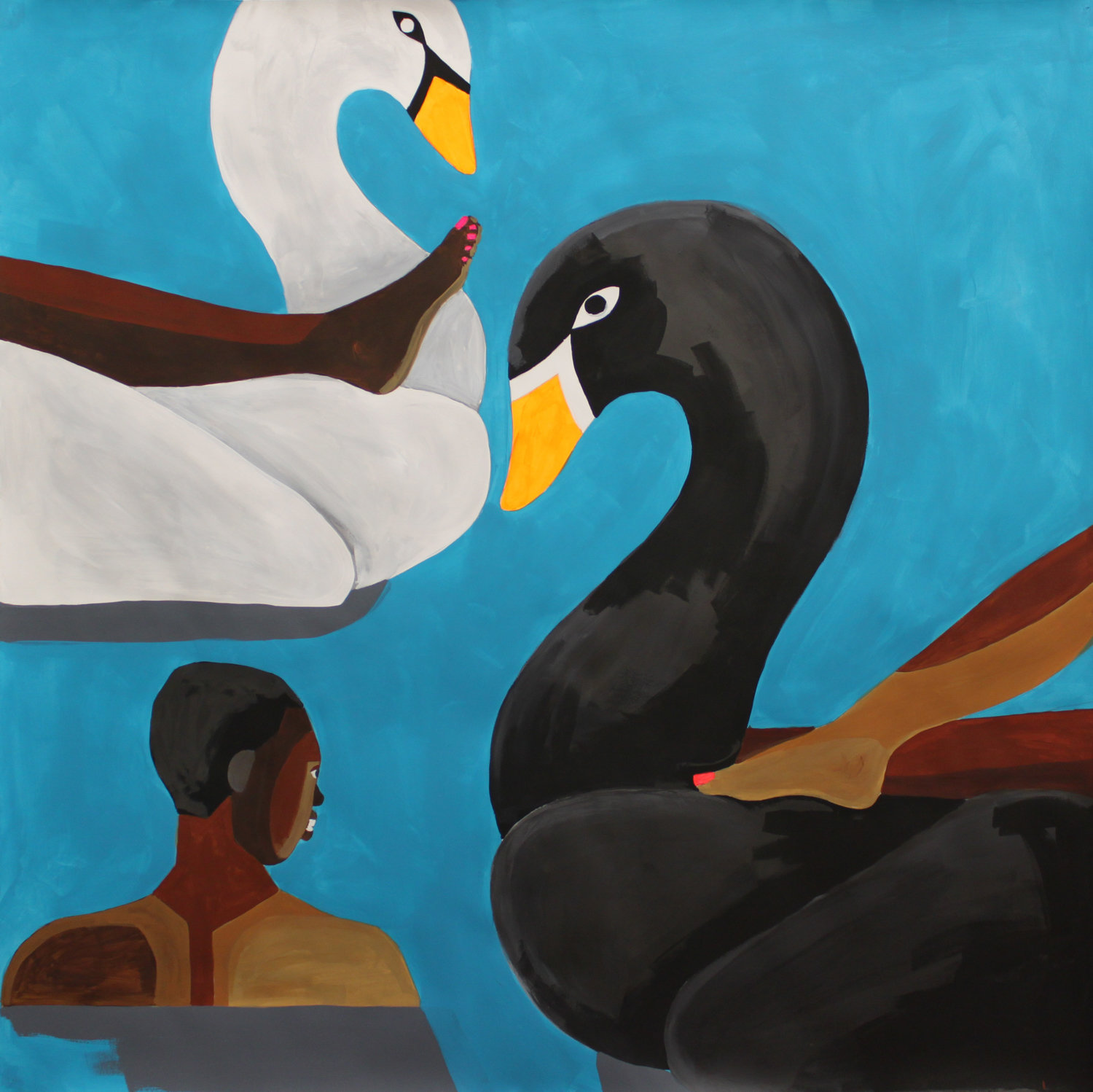 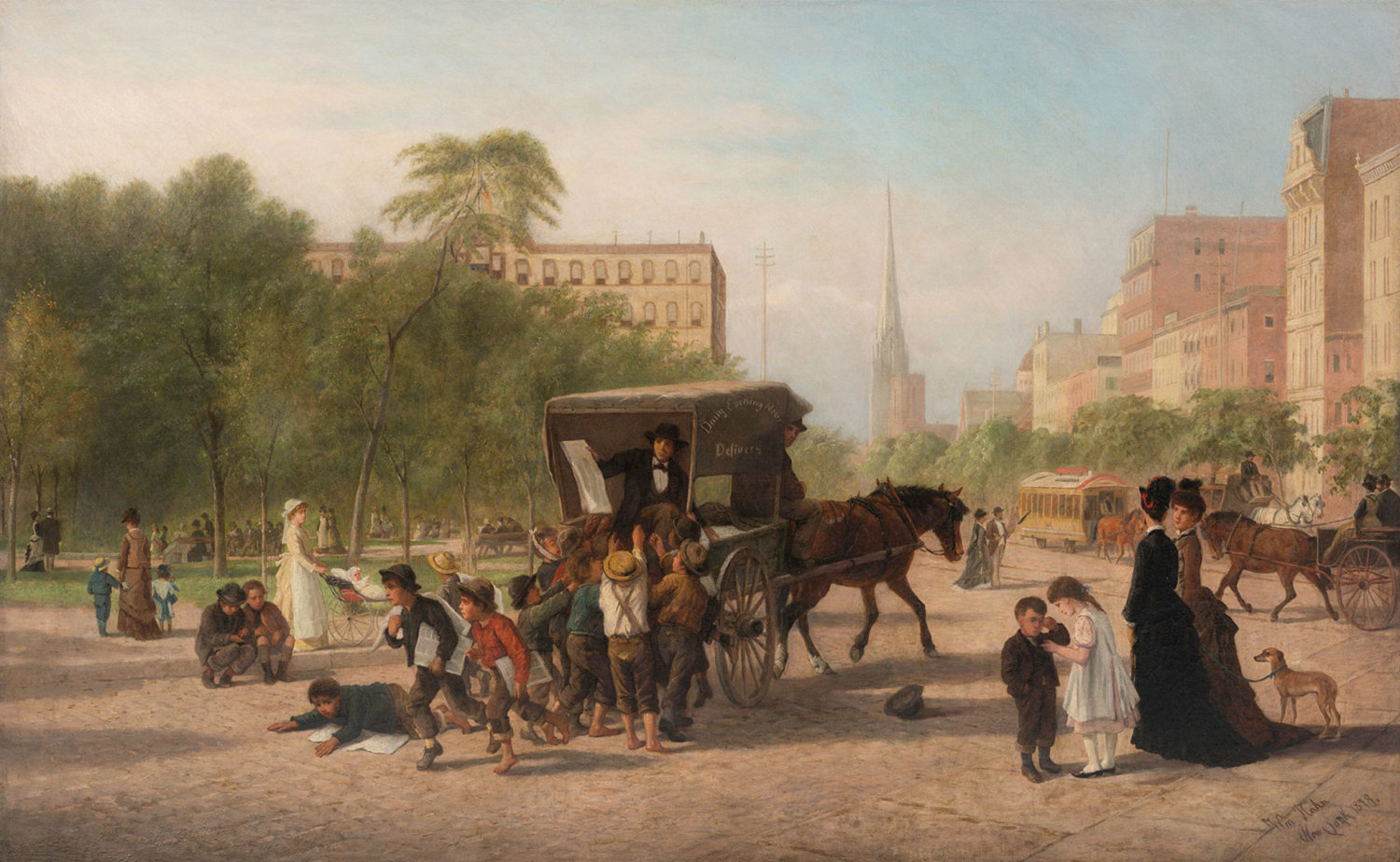 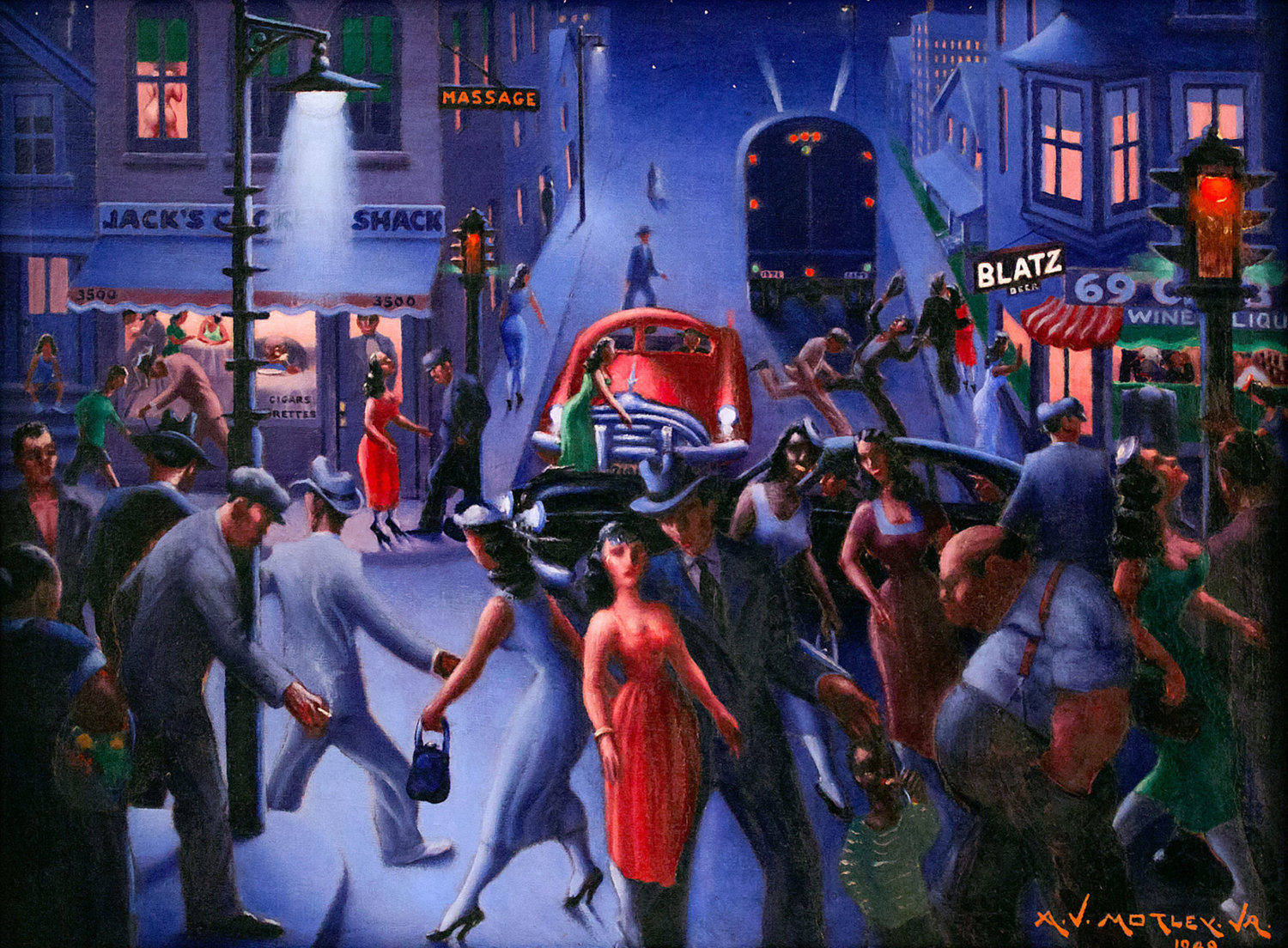 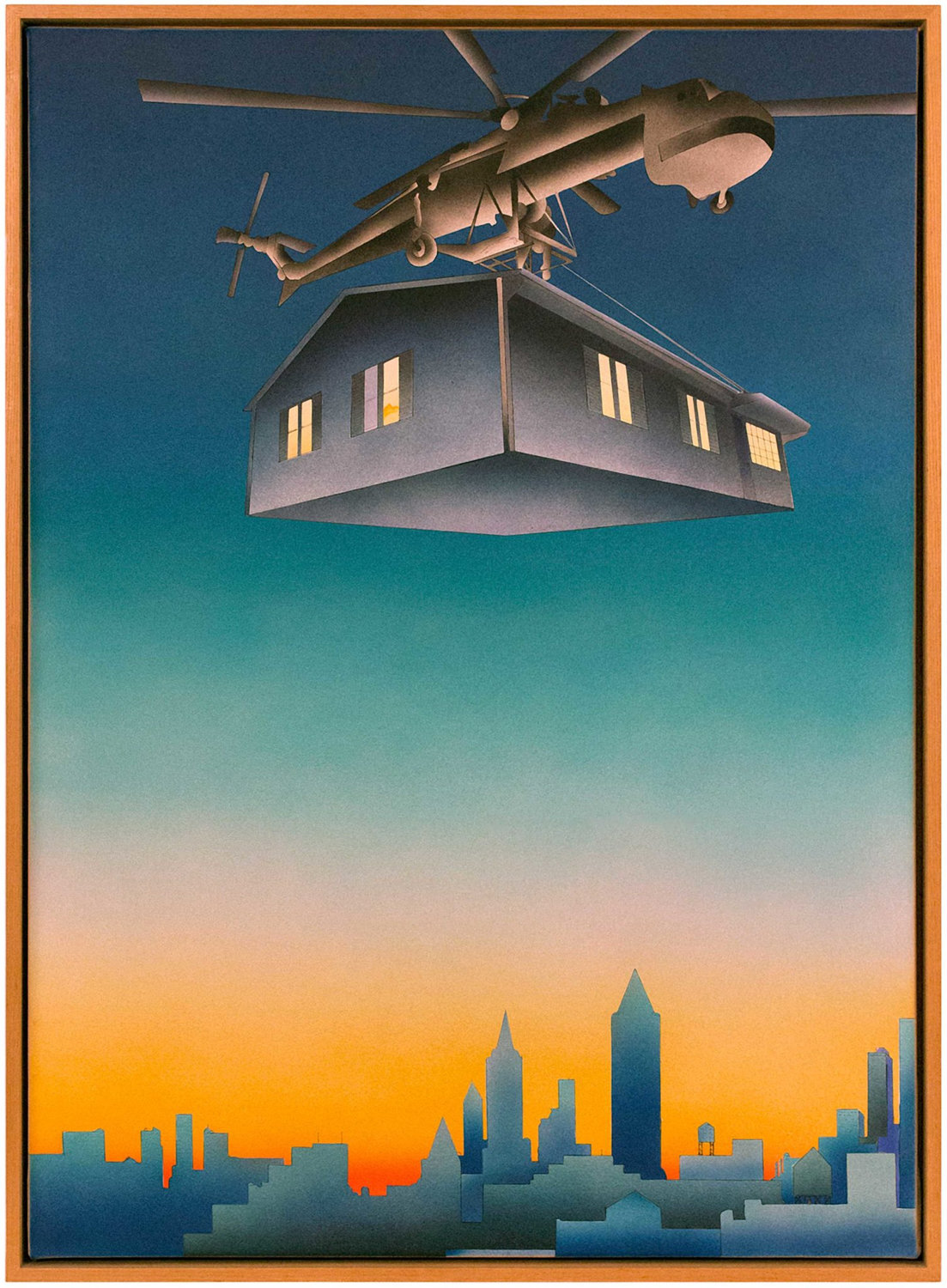 Individuals, couples, families and roommates are now finding themselves stuck in the same spaces — spaces which are becoming their whole physical worlds.

Boredom and stress may create tension in any household, and during a pandemic of the coronavirus kind, those emotions may have little outlet. Art, however, is always an outlet for emotion.

The galleries and museums of the Bronx and beyond are reaching out to bring the relief of art to as many homes as possible. Chief among them are the Hudson River Museum, as well as Lehman Art Gallery, which — with the power of technology — are bringing art into the hands of many staying at home.

Masha Turchinsky, director of the Hudson River Museum, says she has done her best to bring the Yonkers museum to all.

“We are in a digital age regardless of this pandemic,” Turchinsky said.

“A museum visitor is no longer someone that just comes through the doors. They’re friends with us on Instagram. They talk with us about the work and their experiences with the museum. We are steadfast in our mission to bring art, science and nature to the community regardless of what’s going on.”

Although some institutions may struggle with the sudden adjustments necessary to help physical visitors become digital onlookers, Turchinsky has something of a leg up — she was the Metropolitan Museum of Art’s senior media producer for 15 years, and was the creative director of The Met’s first award-winning mobile app.

“It’s fortunate I have experience in creating digital media and content,” Turchinsky said.

“Our website was relaunched in 2018, which helped make a connection with our community. But now that they can’t visit, we’re doing all we can to provide new content in this trying time.”

Among that content includes the museum’s participation in the development of a new app called Second Canvas. Along with world-renowned museums like The Prado of Madrid and the Van Gogh Museum in Amsterdam, the Hudson River Museum has digitized several works of art so that anyone can delve into the craftsmanship, artistry and stories of each piece.

But Turchinsky isn’t the only one leading the museum’s new platforms. Viridiana Garcia Choy, manager of youth and family programs, has begun a bilingual storytime video series, which premieres on the museum’s website.

“I read the stories in both languages, and I’ve been reading stories that focus a lot on child psychology and teen psychology, especially for what’s going on right now. They may not really understand it, and they should be reached and helped now more than ever.”

Bringing youth and families together via art and artistic engagement also has been a target for Bridget McCormick, one of the museum’s lead educators.

“We’re focusing on Derrick Adams’ exhibit, called ‘Buoyant,’” McCormick said. “We’re making lesson plans that deal with Adams’ major themes — like the power of radical joy in hard times, using these major, bright colors and smiles. We’ve been bringing these to people digitally because we want the community to come closer together with these pieces.”

While the Hudson River Museum has cultivated community connections and helped people of all ages focus on art, Lehman College Art Gallery has been at the forefront of helping people take that cultivation and expressing it through a variety of new online classes.

Deborah Yasinsky, educational curator at the college gallery, has been creating and hosting videos and classes for all ages to get their minds on two things: art and community.

“This began with the goals of boosting morale in the community with art,” Yasinsky said. “We’ve been doing a lot to invite the community with both our current exhibit, called ‘Young, Gifted and Black,’ as well as our public pieces. People can’t see them face-to-face right now, but we want to bring something interactive to them.”

Inviting local artists, students and alumni to send in drawings of the college’s well-known Olmec head, which graces the campus lawn, or beginning a new series of classes and step-by-step tutorials, has been the new day-to-day mission of Yasinsky and her fellow curators.

“We’ve had some art-making workshops,” Yasinsky said. “We had a 15-family unit there, we had several artists. It was a great turnout, even though some didn’t know how to use Zoom. We plan to continue more public programs like that. People should be focusing on something creative right now.”

Both the Hudson River Museum and the Lehman College Art Gallery have utilized social media now more than ever to interact with a community staying at home, a community that feels isolated and alone.

“On Instagram, we’ve been sharing images of our exhibit along with the descriptions to give those who couldn’t visit something to see and engage with,” Yasinsky said “People have sent in their Olmec head pictures, and we’ve been re-posting some of them with their names. It’s another way we want to connect with them, have a dialogue with everyone right now.”

The loneliness and feelings of isolation many may be experiencing at the moment can be, according to Yasinsky, alleviated somewhat by participating with others in the community in something that’s active and available.

“I hosted the first art workshop online,” Yasinsky said. “And at the end, we went around and everyone held up their drawings or paintings, and they got the chance to talk about their work with one another. It’s really important for us to see each other and speak with one another, now more than ever.”