While neighbors see chargers as sign of future, they aren’t sold on location 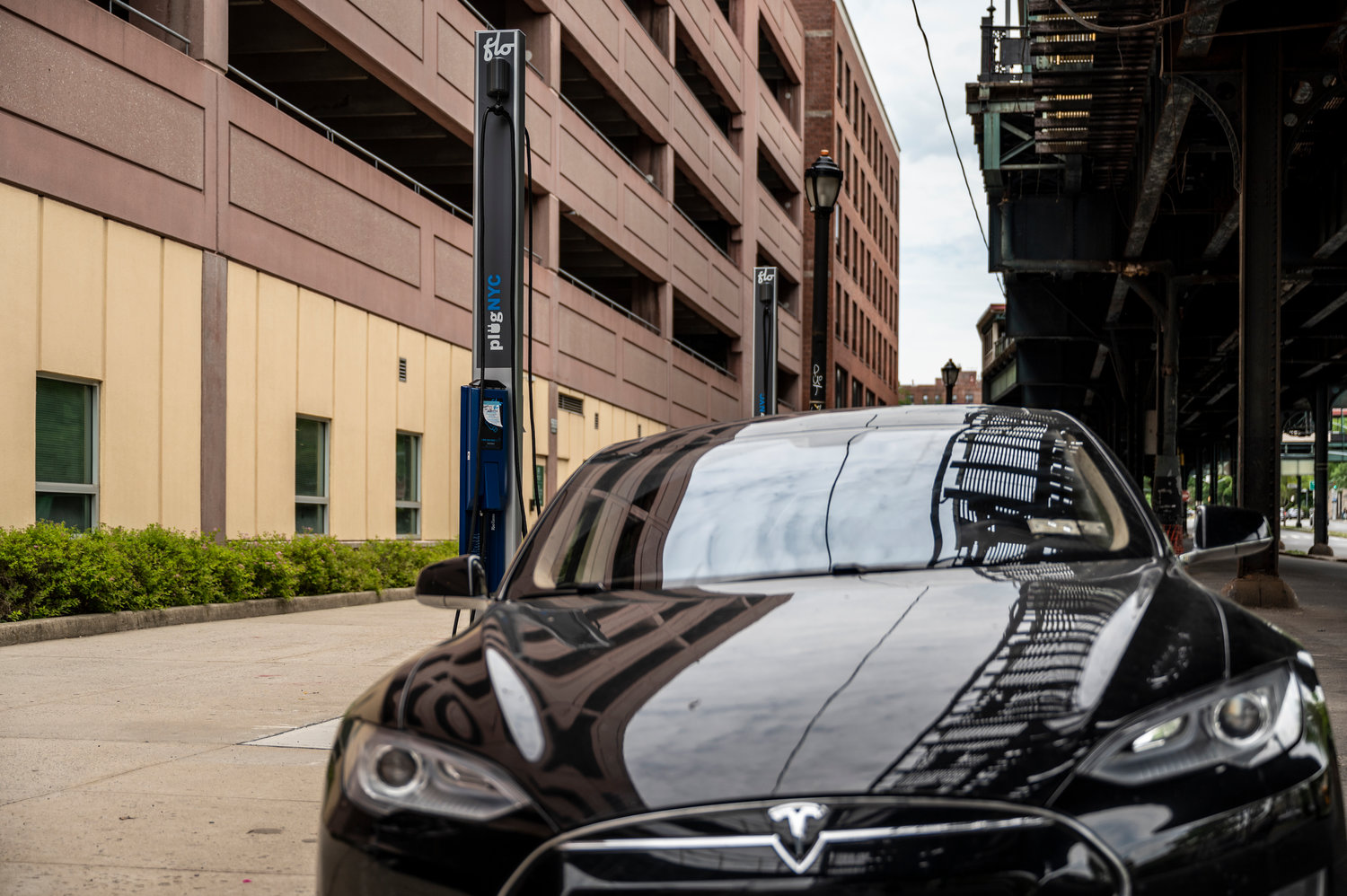 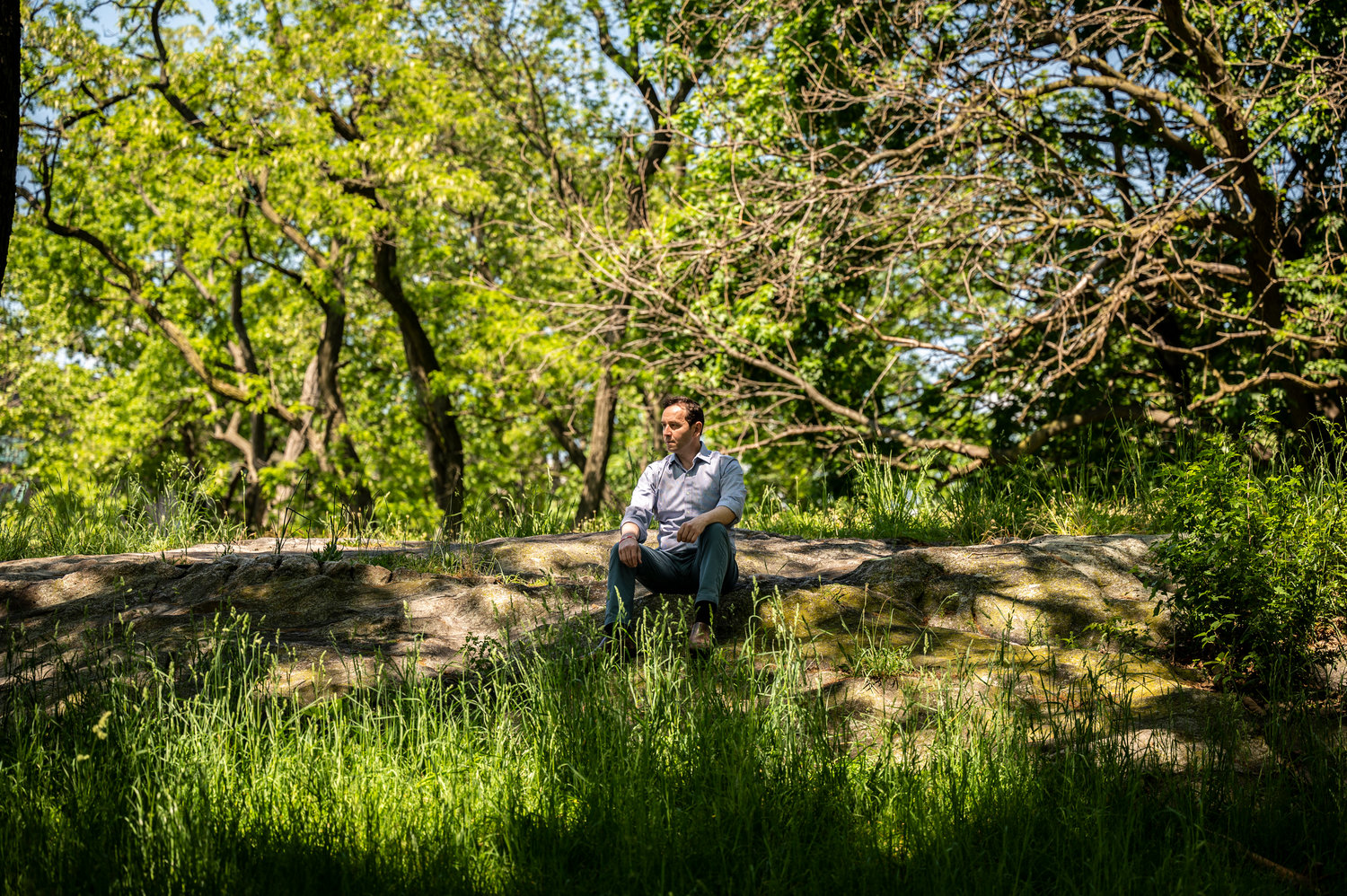 Outgoing Community Board 8 traffic and transportation committee chair Dan Padernacht is not pleased with the new electric car charging stations installed on Broadway. Not because he is against such stations, but because This is because the city’s transportation department didn’t consult the community board about where these stations would end up.
HIRAM ALEJANDRO DURÁN/ File
Previous Next
By ETHAN STARK-MILLER

Elon Musk may have never heard of Riverdale, but it’s clear the influence of the electric car pioneer has finally reached this corner of the Bronx.

The city’s transportation department has installed two new electric car charging stations on Broadway between West 240th and West 242nd streets, part of a pilot program testing how best to implement such stations  across the five boroughs over the next four years.

But don’t plug in just yet. The chargers won’t be ready until about late June, according to a flyer distributed by DOT and its partner in the project, Con Edison. Known as “Level 2” chargers, these stations can completely juice up an electric car within four to eight hours, depending on its battery size.

L2 chargers are compatible with most electric cars on the market except for Musk’s Tesla line, although his drivers can connect using  an adapter.

Details about the chargers are scarce right now because neither DOT or the electric utility is ready to talk about it, ConEd spokesman Philip O’Brien told The Riverdale Press. He did say, however, the pilot program is a necessary step toward meeting the state’s goals for reducing carbon emissions over the next couple decades.

When ConEd flips the switch, the stations can be used by anyone with an electric vehicle, O’Brien said. But it won’t be free. Instead, think of it more like paying for gasoline.

“That does not mean it’s going to be $3.10,” O’Brien said. “But the usage that you get out of it is comparable to what you pay for gasoline and what mileage you get out of the gasoline.”

The average gasoline-powered car gets about 25 miles to the gallon, according to the U.S. Environmental Protection Agency, while the range of electric cars per full charge can run from about 110 miles in the Mini Cooper, to more than 400 miles in the Tesla Model S, according to U.S. News & World Report.

Kevin Slavin believes adding these charging stations is a step in the right direction toward making the city more friendly to electric vehicles. Albeit a small one: “It feels like literally the very least that could be done.”

“It’s very hard to get your head around how far behind the United States is in terms of infrastructure adoption for electric vehicles,” the North Riverdale resident said.

“So, even the notion that adding a station is kind of like a landmark event in a community is so far behind the broader wind in the world.”

Slavin is a technology consultant with Phylagen — an environmental pathogen sensor company — who previously worked as a researcher at the Massachusetts Institute of Technology Media Lab. That gives Slavin a working knowledge of electric car technology and infrastructure. Plus, he owns an electric car himself.

Most other wealthy nations, Slavin said, already have far more advanced electric car charging stations than what exists here. These countries use “Level 3” chargers — much faster than what DOT installed on Broadway — placed strategically throughout public parking lots and private garages.

One big problem with the Broadway chargers, Slavin said, is their location. Typically charging stations are put in places where ample parking already exists.

But Broadway is a busy thoroughfare with a lot of commercial traffic.

“It’s not a comfortable place to wait,” Slavin said. “The essential verb in getting electricity for your vehicle is waiting — whether that’s 15 minutes or an hour. In general, there’re just going to be places where that waiting is comfortable for you, and also comfortable for everybody else, (where) your vehicle is not in the way of stuff. From what I can see, it doesn’t look like any of that was taken into consideration.”

Community Board 8 traffic and transportation committee chair Dan Padernacht is not a fan of the location either, albeit for different reasons.

While DOT did come before his committee a couple years ago to unveil the pilot program, of the three locations presented, Padernacht said his committee favored a spot on Manhattan College Parkway and Broadway.

“When they gave us the presentation two years ago, DOT said they would come back to the community board after they selected the site, so that we could have an opportunity to comment,” he said.

But it turned out DOT never came back. The site it chose, Padernacht added, is not ideal for a couple reasons. A big one is for the crowd that gathers each Sunday at the nearby Words of Life Christian Center.

“It’s underneath an elevated train making the area darker, and at night, presenting public safety concerns,” he said. “And the area is utilized each Sunday by the church whose parishioners could use the additional three spots.”

Danny Pearlstein is more excited about electrified public transportation than private electric cars. But still, the policy communications director with Riders Alliance — a transit advocacy group — says this charging station pilot program is a sign of things to come.

“As we electrify all transportation infrastructure, we will be seeing more charging stations of all sorts all over the city,” Pearlstein said. “By the same token, we’re going to have to be careful about how we use electricity. Because it’s not enough to electrify, it’s also important that our electric grid (and) electricity sources don’t produce carbon emissions.”