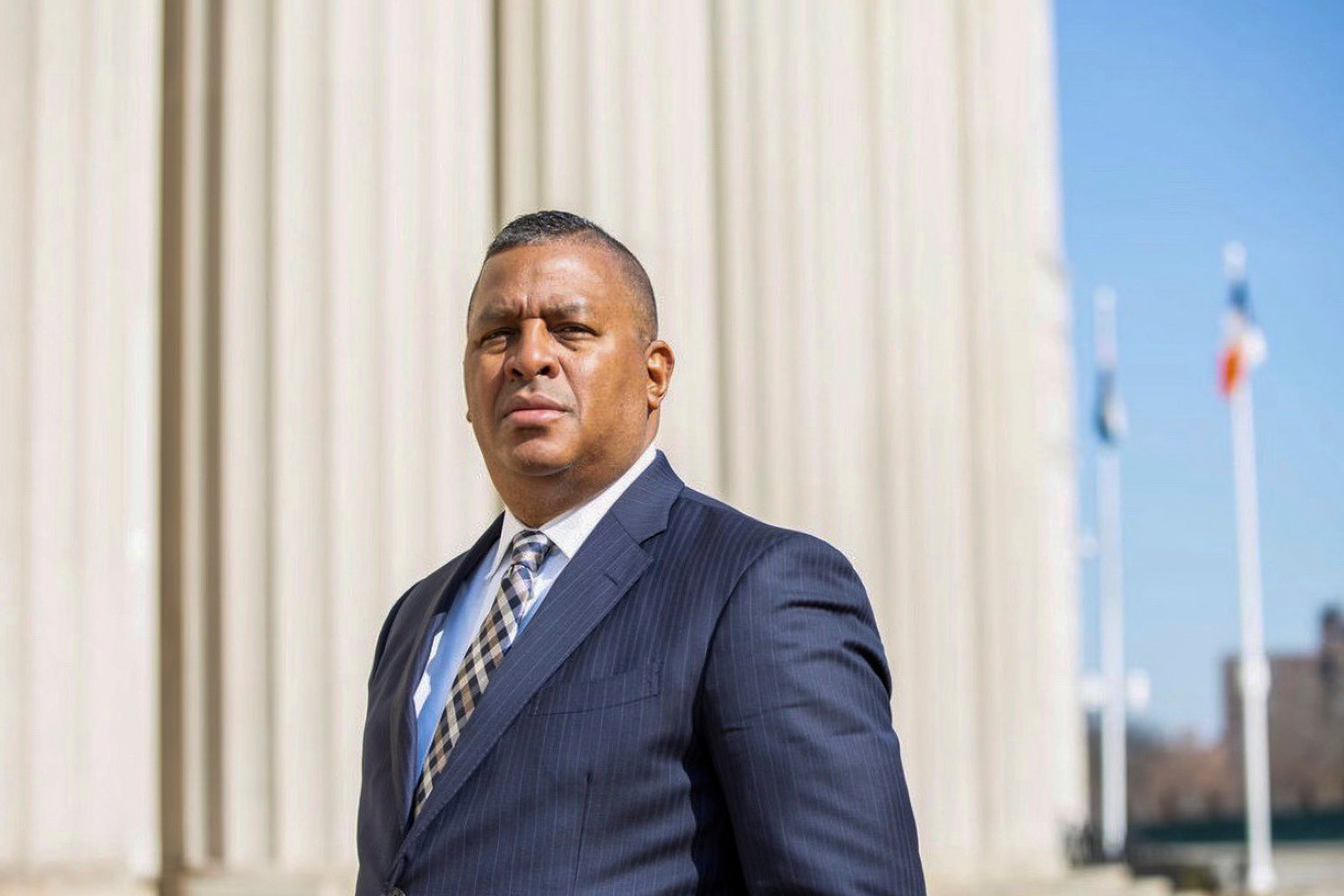 John Rodriguez says he’s running to be a civil court judge in the Bronx because he wants to bring respect and competence back to the bench. Rodriguez is one of five candidates running for two civil court judgeships in the June 22 Democratic primary.
Courtesy of John M. Rodriguez for Judge 2021 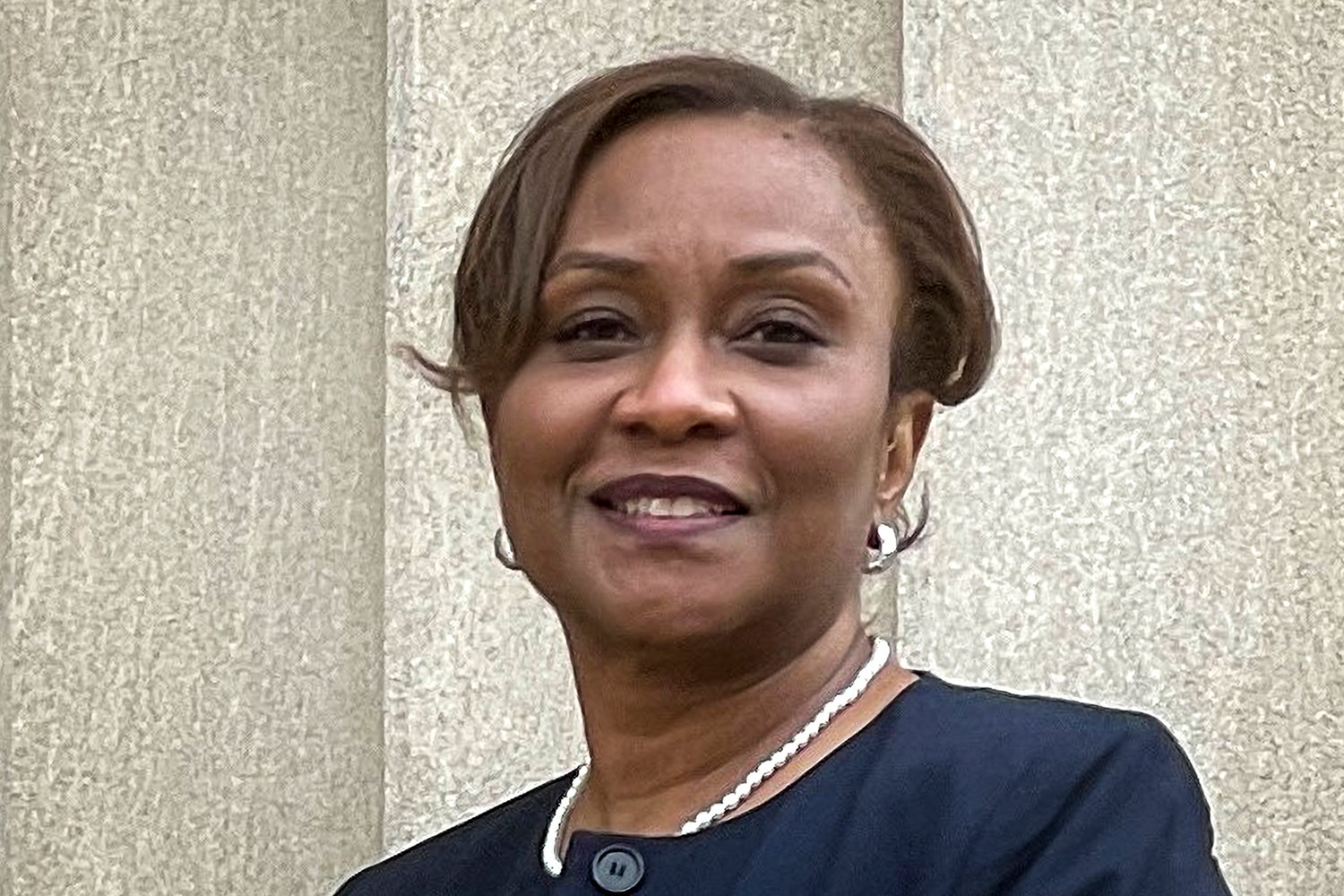 Verena Powell says she won’t let politics influence her decisions if she’s elected as a civil court judge for the west Bronx this June. Five candidates, including Powell, are running for two seats on the municipal court in the Democratic primary later this month.
Courtesy of Verena Powell / Angel Audiffred 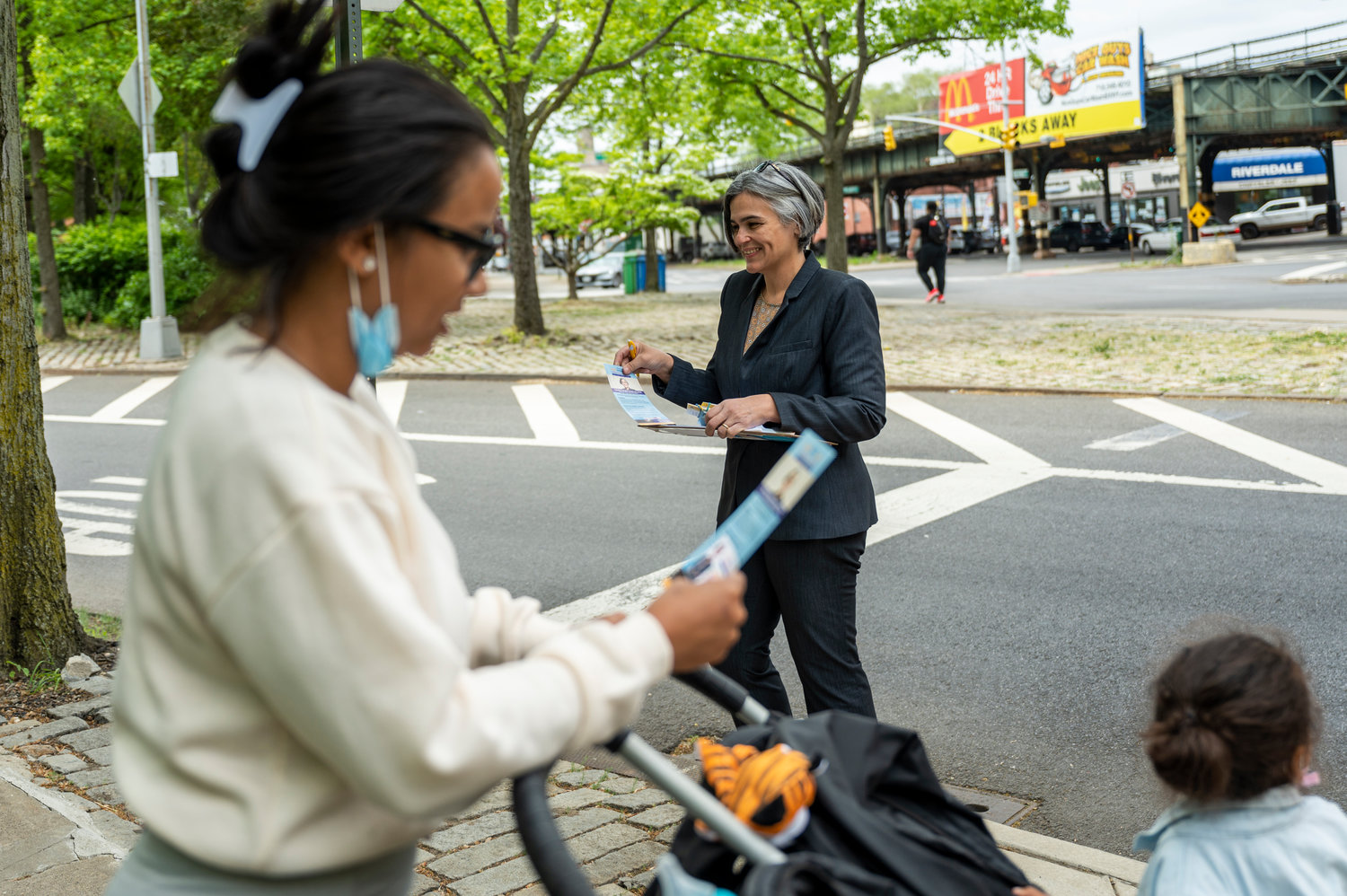 Yadhira González-Taylor says her campaign to be a civil court judge for the west Bronx is mainly about educating voters on the importance of the race. González-Taylor seeks one of two spots on the bench against five other candidates in a June 22 Democratic primary.
HIRAM ALEJANDRO DURÁN 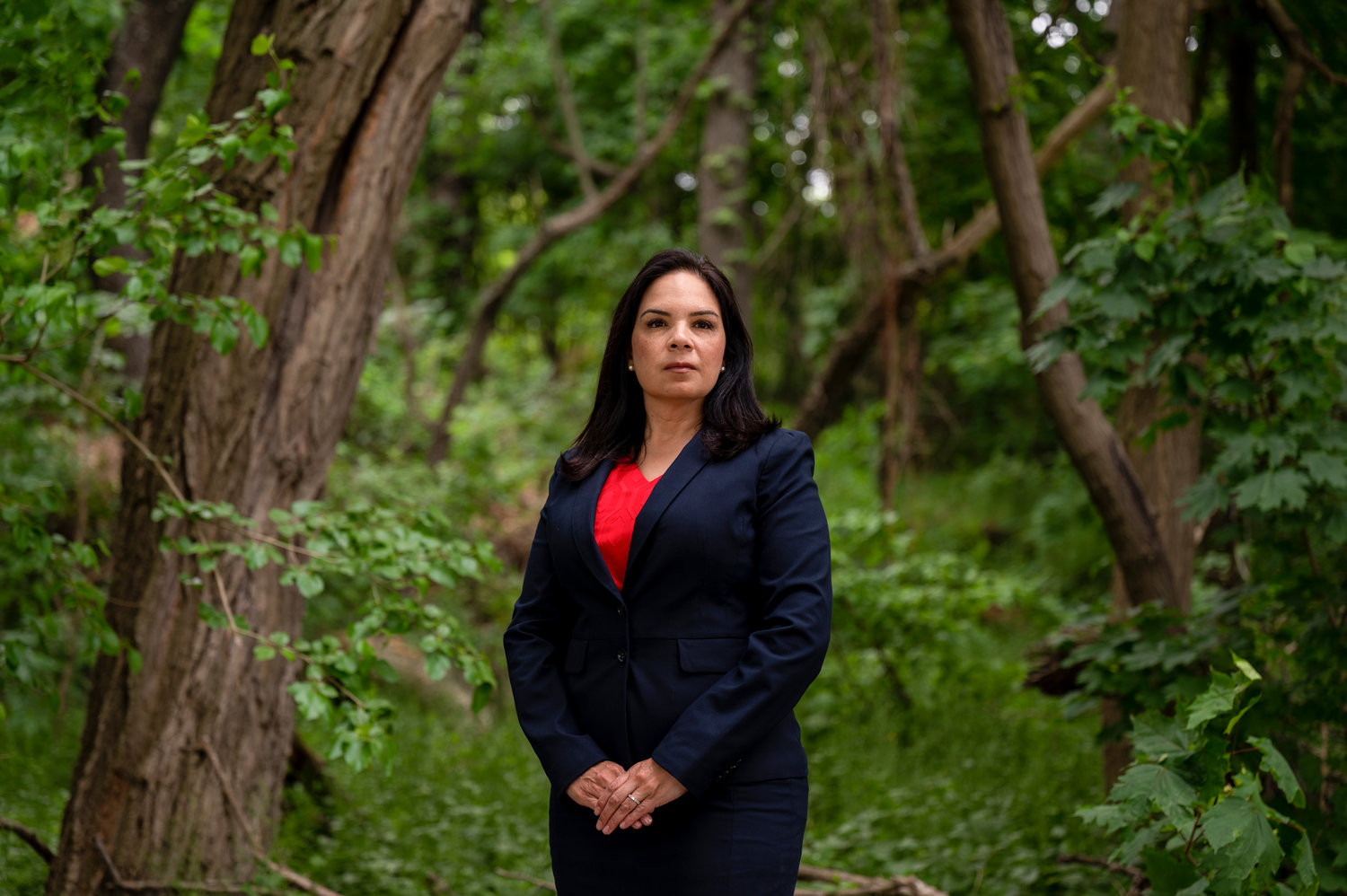 Jessica Flores says she’s running to be a civil court judge for the west side of the Bronx because she believes judges should reflect the communities they serve. Flores is running against four others in a June 22 Democratic primary over two open judgeships.
HIRAM ALEJANDRO DURÃN
Previous Next
The judge candidates

The Concourse Village-based attorney has 20 years of experience, dating back to even before she earned her law degree. Her current practice focuses on divorce, adoption, labor law and malpractice cases. She’s an adjunct professor at Hostos Community College in Mott Haven, and is the principal law clerk to a Bronx Supreme Court judge.

The northeast Bronx-based attorney has deep roots in the borough, growing up in Highbridge and attending Bronx Science. He has practiced law for the past 33 years, and is a principal at his current law firm that has delved into civil rights as well as litigated criminal, housing, personal injury and labor law cases.

A year after not winning an Assembly seat in Queens, he is contending for a Bronx civil court seat, despite living in Queens, thanks to state law. He focuses on criminal, probate and election law. His wife, Lumarie Maldonado Cruz, is a civil court judge in the Queens.

Hailing from St. Louis, — she has 30 years experience both as a prosecutor and a defense attorney. She currently oversees 700 criminal defense lawyers in Bronx and Manhattan courts. Additionally, she has run her own law firm for the past 10 years.

Born and raised in the Bronx, she has lived in several neighborhoods, including her current home in Pelham Gardens. She works as the administrative hearing officer for the city’s education department. There she focuses on cases including violence, guns and sexual assault among students.

Excitement is building as the June 22 Democratic primary election draws ever closer.

Many eyes are on the mayor’s race, with frontrunner Andrew Yang — an entrepreneur and former presidential candidate — drawing lots of local and national media coverage. Significantly, fewer follow the races for comptroller, public advocate and city council — but these contests still get some attention. Ultimately.

However, even many hardcore politicos don’t know much about the list of contenders who usually appear at the bottom of the ballot: The candidates for judge. There are two open civil court judicial positions open on the municipal court bench, serving an area covering the entire western side of the Bronx.

Unlike criminal and family court judges, who are appointed by the mayor and governor, civil court judges are selected through partisan elections. These judges handle small claims cases up to $25,000 and disputes between tenants and landlords.

The winners of this race will serve 10-year terms on the bench.

One of the candidates, Yadhira Gonzalez-Taylor, says judgeship are often overlooked by voters because “they’re not sexy races, (and) they’re all the way at the bottom of the ballot.”

This year, civil court judge candidates will appear on a separate sheet, Gonzalez-Taylor said, because of all the space devoted to ranked-choice voting races up the ticket.

However, voters won’t cast their votes for civil court judge through ranked-choice — instead they’ll use the old system, choosing one candidate for each spot.

Four other candidates are running for the two open seats. Two of them — Jessica Flores and John Rodriguez — are backed by the Bronx Democrats, drawing endorsements from machine politicos like Assemblyman Jeffrey Dinowitz, state Sen. Jamaal Bailey and U.S. Rep. Adriano Espaillat.

Flores is currently the principal law clerk for a Bronx Supreme Court judge handling labor law. She started her career as an attorney in children’s services, representing typically the youngest clients in Bronx family court.

Flores left after five years to represent clients who otherwise couldn’t afford a lawyer. There Flores represented children in abuse, delinquency and adoption cases. She also ran a Bronx-based law firm for about 10 years.

As a first-generation American, whose parents are from Honduras and Cuba, Flores grew up speaking Spanish as her first language. Her upbringing prepared her to be a lawyer, she said — and now a judge — in her home borough.

“I know the struggles that my parents went through and that many families go through when they arrive here,” Flores said. “Unfortunately, a lot of them get thrusted into the court system and are lost. I was able to understand that, and I was able to help them.”

Over time, Flores noticed a disparity between these litigants and the judges they ended up in front of.

“There was a disconnect between understanding cultural issues, current societal issues,” she said. “I wanted to become a judge because I believe that the bench should reflect the community that we serve.”

For Rodriguez, it’s all about bringing respect and competence back to the courts. Over his 33 years as an attorney, Rodriguez has seen what he describes as a deterioration in people’s trust and respect for the courts.

“It’s very important that we have people who are qualified to be in the position,” he said. “Especially in today’s climate, we need to know that there’s going to be people who (will) bring confidence to the political system.”

Rodriguez believes his experience as a prosecutor, a criminal defense attorney and a civil rights lawyer make him the best candidate for the job. He’s also run his own Bronx-based firm for the past two decades.

Gonzalez-Taylor — currently a hearings officer with the city’s education department — is running an independent campaign. While she’s not backed by the Bronx Democratic Party, Gonzalez-Taylor said her campaign isn’t about being anti-party machine. Instead, she’s running not just to represent her community on the bench, but also to educate voters on the importance of judicial elections.

She was inspired to run this kind of campaign because of how she experienced family court as a teenager after her father was accused of being abusive.

“We were not acknowledged, the people who took our complaint, they barely made eye contact,” Gonzalez-Taylor said. “And we both left there feeling more shame for even asking for help. That’s my foundational experience in terms of what helps me deal with people as a lawyer, (and) what inspires me to be kind with every single person I meet.”

Like Flores, Gonzalez-Taylor also believes judges often don’t reflect the communities they serve because they’re picked by a very small portion of the electorate. That’s why her campaign is fundamentally about educating voters on this process.

The other two candidates seeking votes are Verena Powell and Angel Cruz. Powell is a Bronx-based prosecutor and defense attorney who currently works for the mayor’s criminal justice office. She also worked for the Bronx district attorney’s office for a decade.

Politics may govern many aspects of life, but Powell says it won’t affect how she rules in the courtroom.

“I want people when they come into court, and they look upon the bench and they see a person who looks like me, (to know) that they’ll be treated fairly,” Powell said. “Basically, when a decision is rendered, it’s done so on the facts of the law, and not favoritism.”

Cruz lives in Queens and runs a law firm that focuses on criminal, probate and election law, according to published reports. His wife is a civil court judge in Queens.

No matter who wins, it’s important people understand how consequential judicial elections are to their lives, Flores said, and why they should make an informed choice in just a few weeks.

“Truthfully, we make a lot more decisions that impact the community more often than, you know, the comptroller does,” Flores said. “Sure, everyone’s races — the mayor and the comptroller and everyone else — it has a ripple effect. But it’s not as impactful as judges, and yet we’re all the way at the bottom.”