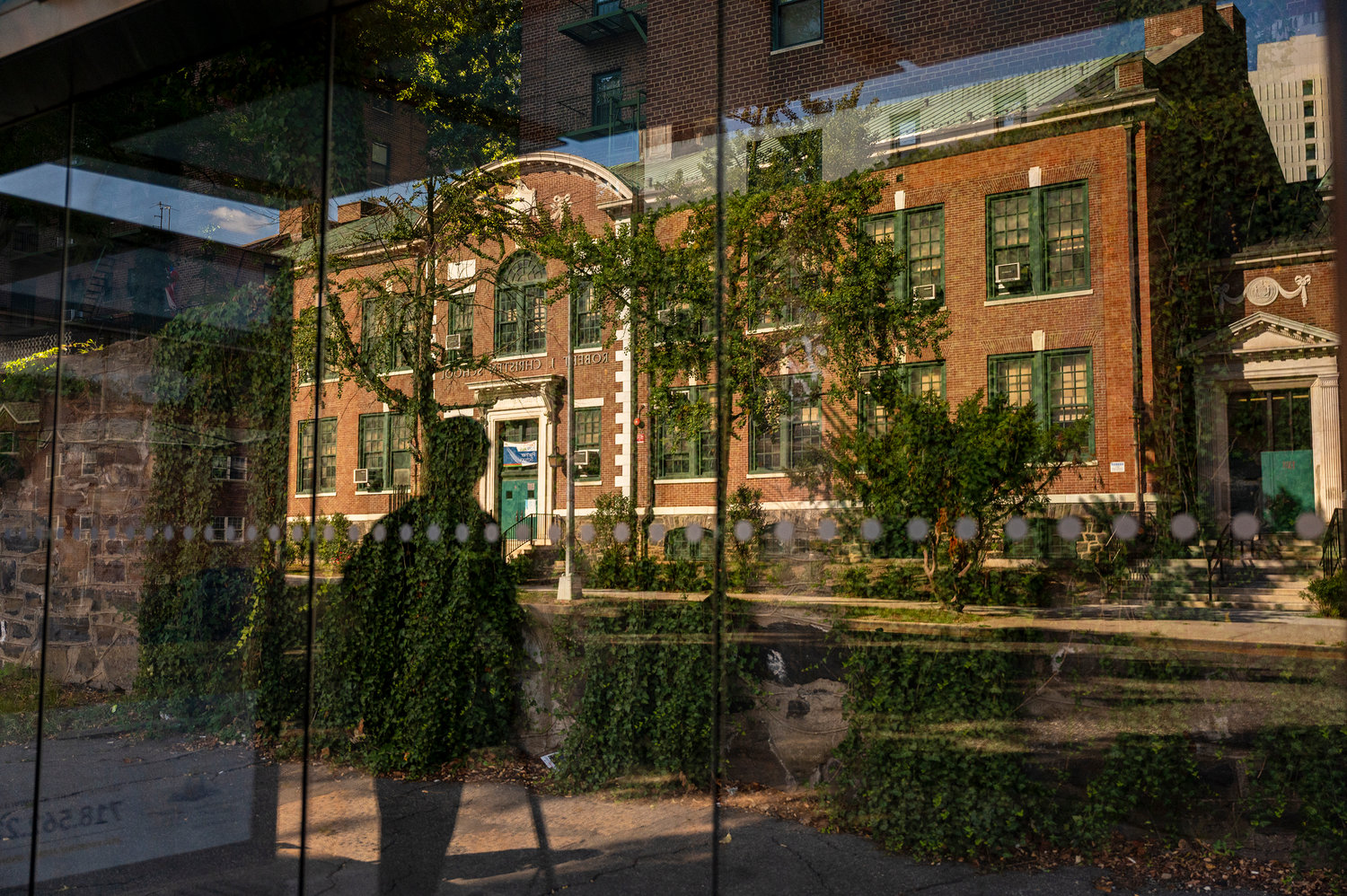 P.S. 81 on Riverdale Avenue is going through a budget crisis, losing nearly 10 percent of its base level funding, or just under $840,000, or more than $1,100 per student. That leaves the school with $7.5 million — or a little more than $10,000 per student — for the new academic year. That could lead to bigger class sizes and the loss of some teachers.
Hiram Alejandro Duran
By Stacy Driks

New York City public school students can officially say goodbye to some teachers starting Sept. 8 as a court date hearing for an appeal to last summer’s schools budget cut has been pushed back to the end of the month.

P.S. 81 Robert J. Christen in North Riverdale is one of those schools affected by the budget issues, where it faces a 10 percent funding cut — equivalent to more than $1,100 per student.

Parent association president Renee Wong wrote to Councilman Eric Dinowitz explaining the P.S. 81 cuts. She hopes if a court does indeed order a revote on the school budget, Dinowitz — a former public school educator — will cast his vote against the cuts.

The school will lose just under $863,000 in base level educational funding, according to reports, costing P.S. 81 four teachers. One is an academic intervention service employee who teaches first- and second-grade students how to read.

“If our students are behind by a certain percentage, they are pulled out at certain times to focus on small groups to help support — especially for reading — so that they can go and sort of catch up,” Wong said.

“It’s not like the money is going toward lavish luxuries. It’s a public school. It’s like we’re buying books.”

“Our analysis shows us that we can do better to secure a more resilient city by depositing $800 million of excess FY22 tax revenue into long-term reserves,” Comptroller Brad Lander said, in a release.

Lander’s analysis reportedly helped Frank make that decision. Public schools will lose much more than $215 million, with some like the comptroller saying losses could be as high as $469 million.

The cuts kicked in because of fair student funding — the primary source for most schools, according to the education department. This type of funding is based on the number of students enrolled in each public school.

But some students, parents and teachers say the cuts are so extreme, schools will lose programs, such as art.

“But the appeal asked for the order of the lower court to be put on hold,” said Laura Barbieri, representing the plaintiffs that filed the lawsuit in July.

The city appealed, something the judge said it was entitled to. But Barbieri disagrees with that decision. In response, she and the petitioners — consisting of teachers and parents — expressed their own issues about the process with the judge.

“Both of us, in our motions, asked for an expedited briefing on the merits of the appeal. Because when you have an order in the lower court, you’re allowed to appeal it on the merits,” Barbieri said. “You’re allowed to take the whole case and appeal it, to say that the judge was wrong on everything.”

In the end, the court granted these motions. But when the judge did that, the judge also set a new hearing date.

With the new cuts in place, “excessed” teachers will start the academic year in different schools.

Lander urged the city to use federal recovery funds to cover the $469 million shortfall. But no one has budged.

All but 10 city council members signed a letter asking Adams to restore the funding last July. One of those signatures was from Dinowitz, who provided no additional information or comment about the issue when asked.

Wong is worried about students learning in larger class sizes, especially since those at P.S. 81 are already almost up to capacity.

“What I don’t understand is that we just passed a law to decrease class sizes,” Wong said. “While doing that — like in the same breath — they have decreased the budget.”

Days before the council finalized the budget, New York Class Size Matters — a non-profit that advocates for the benefits of small classes — explained the law mandates caps on class sizes for the next five years in public schools.