Governor says everything is open, but some insisting on a wait-and-see approach 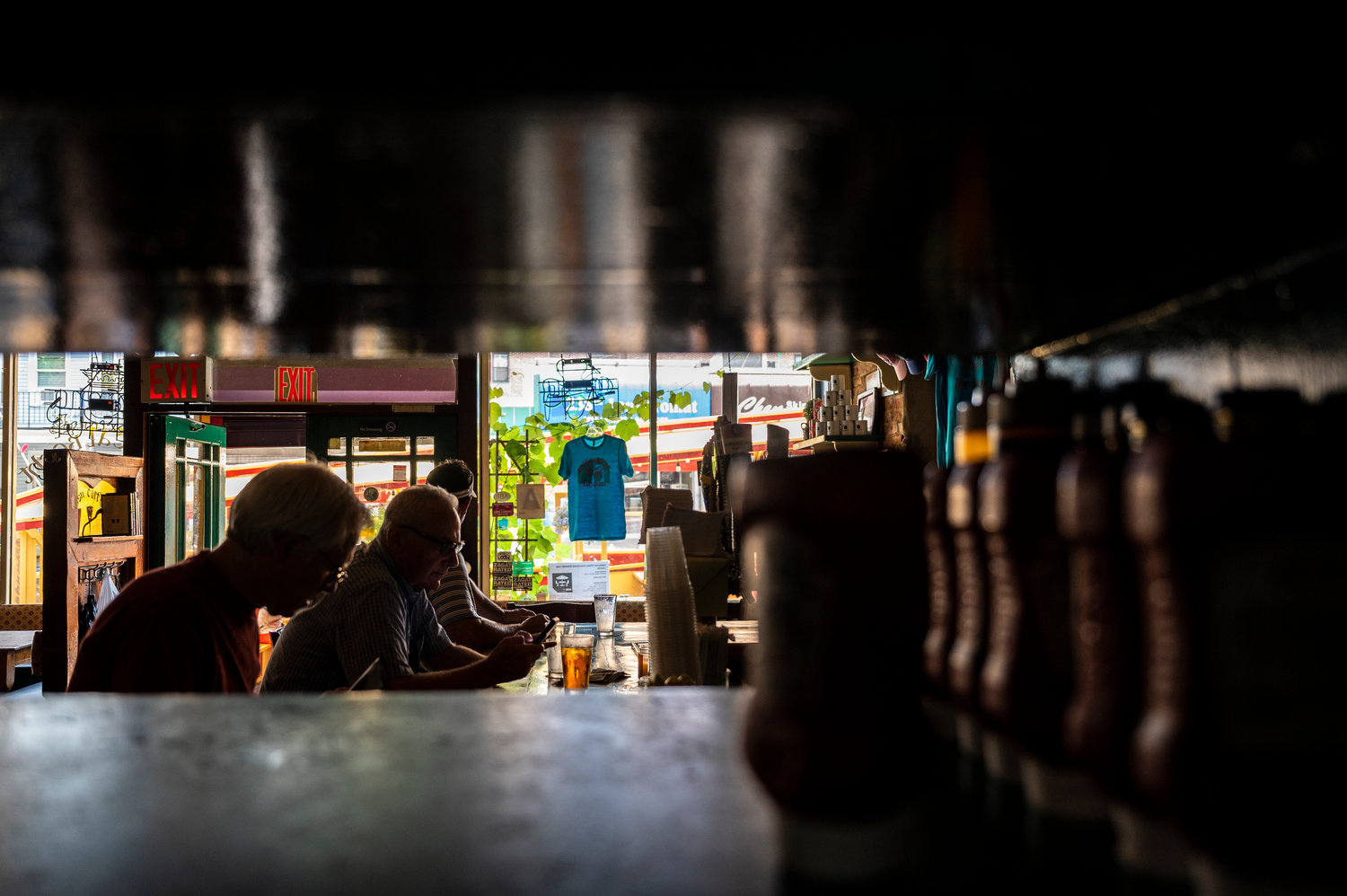 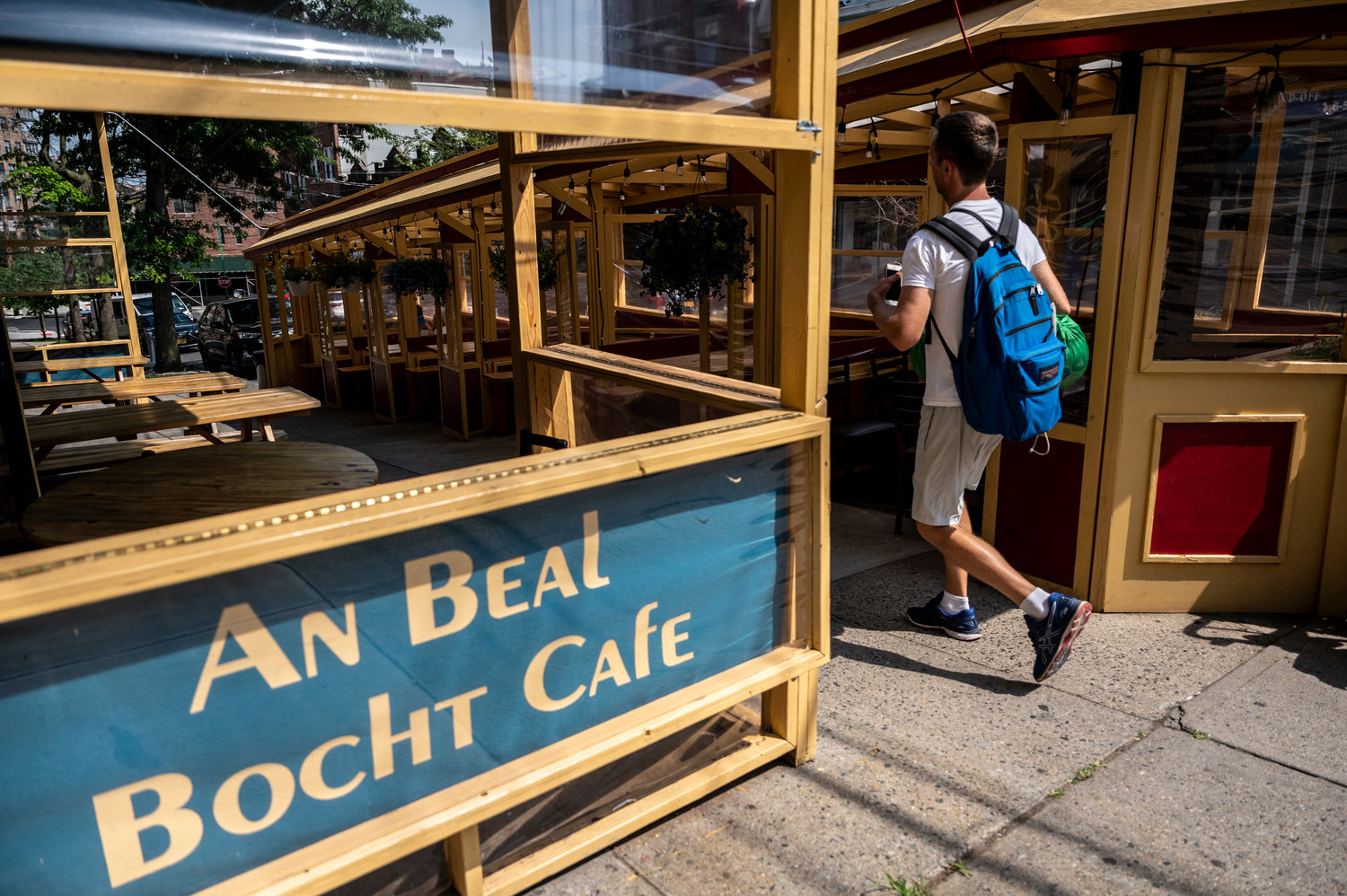 Dining outside remains more popular than eating indoors at An Beal Bocht Café, says bartender Bronagh Harmon. That and lingering concerns about the coronavirus are why the West 238th Street café isn’t going to go back to full indoor dining just yet, even with the governor lifting pandemic restrictions last week.
HIRAM ALEJANDRO DURÃN 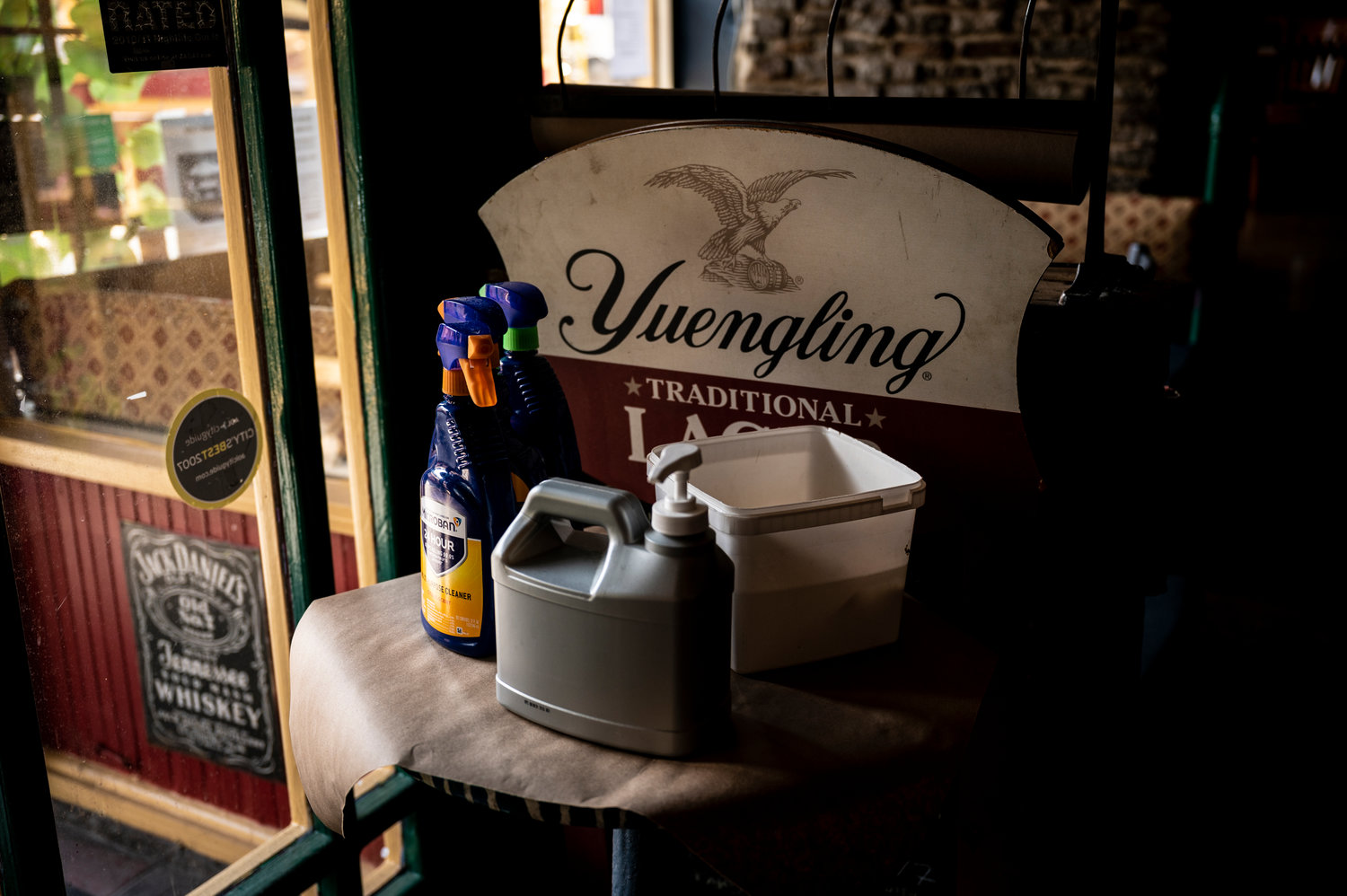 Bartender Bronagh Harmon says An Beal Bocht Café remains cautious about coronavirus safety, even as the pandemic is brought under control. That’s why — even with the governor’s executive order lifting most pandemic restrictions — the popular West 238th Street eatery will wait a month before bringing back indoor live performances.
HIRAM ALEJANDRO DURÃN 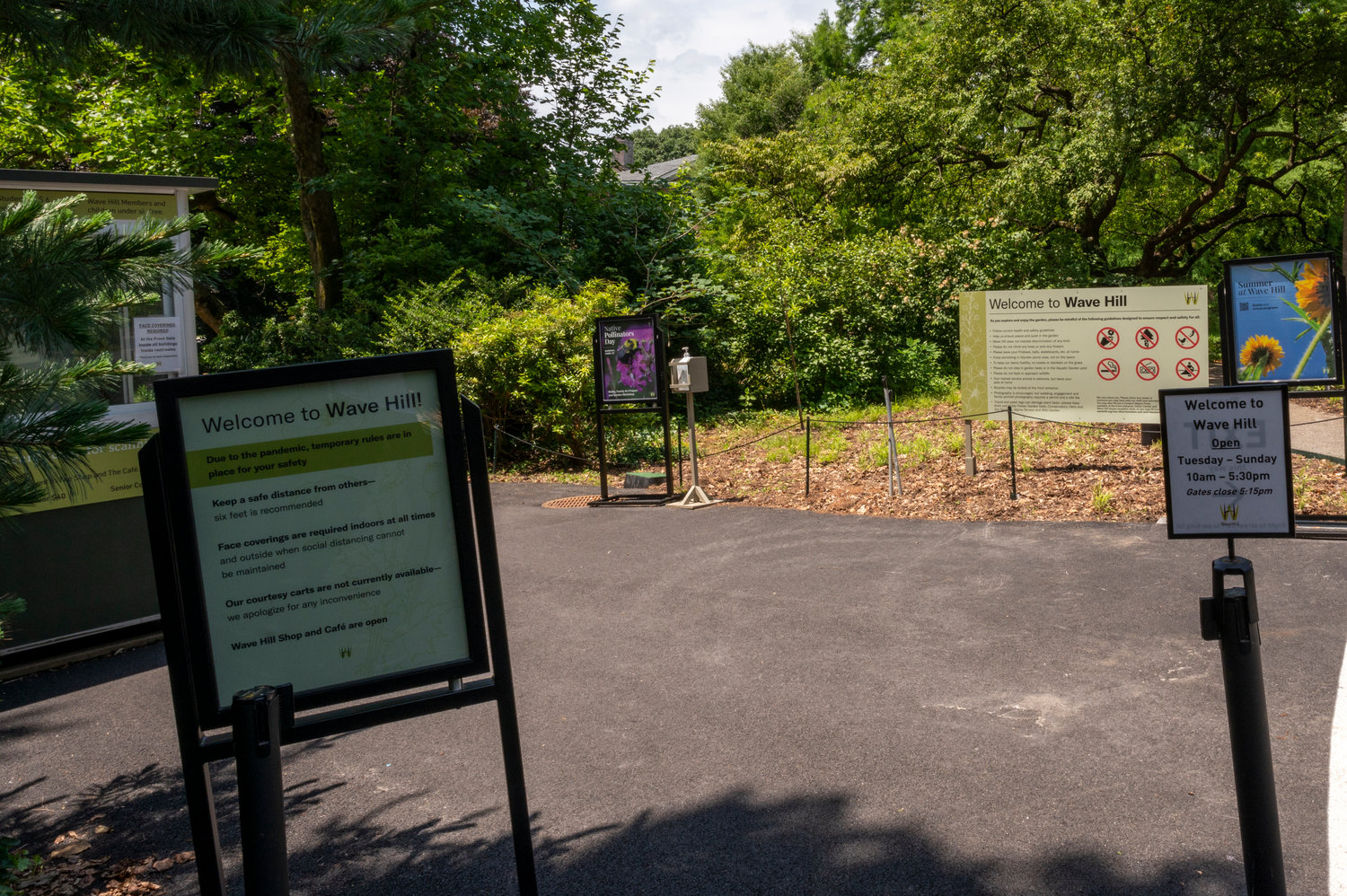 When Wave Hill first reopened last summer, it did so with many pandemic restrictions like capacity limits and a mask requirement. But as the months have gone by, those restrictions have relaxed in phases. Now that Gov. Andrew Cuomo lifted state-mandated pandemic restrictions last week, Wave Hill’s reopening committee must decide whether to keep or toss its remaining coronavirus prevention measures.
HIRAM ALEJANDRO DURÃN 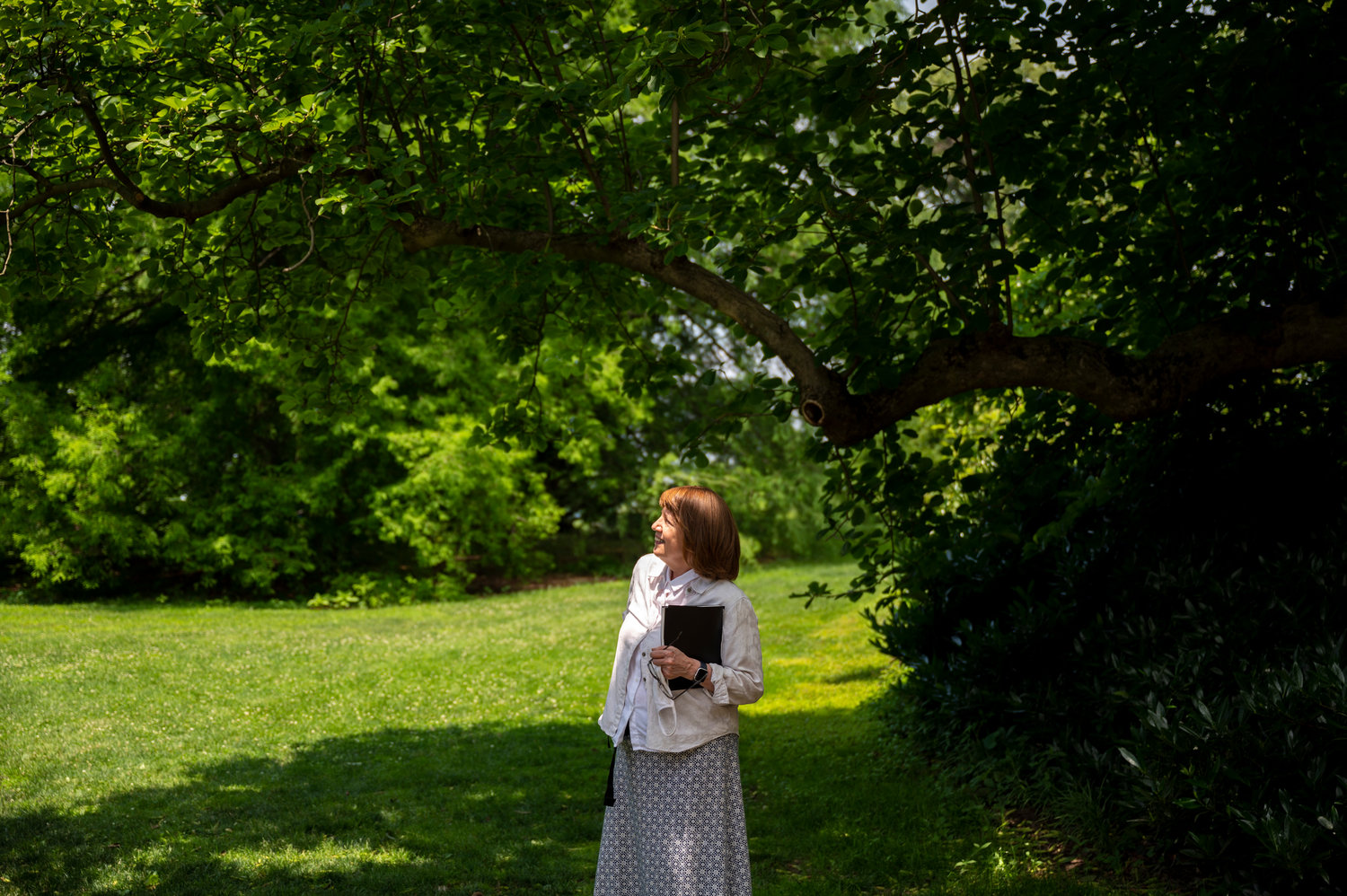 Martha Gellens says Wave Hill suspended its shuttle service to local public transit stops during the pandemic. Now that the governor has lifted most pandemic restrictions, the garden spokeswoman shares that Wave Hill’s reopening committee is considering whether to bring back the shuttle.
HIRAM ALEJANDRO DURÃN 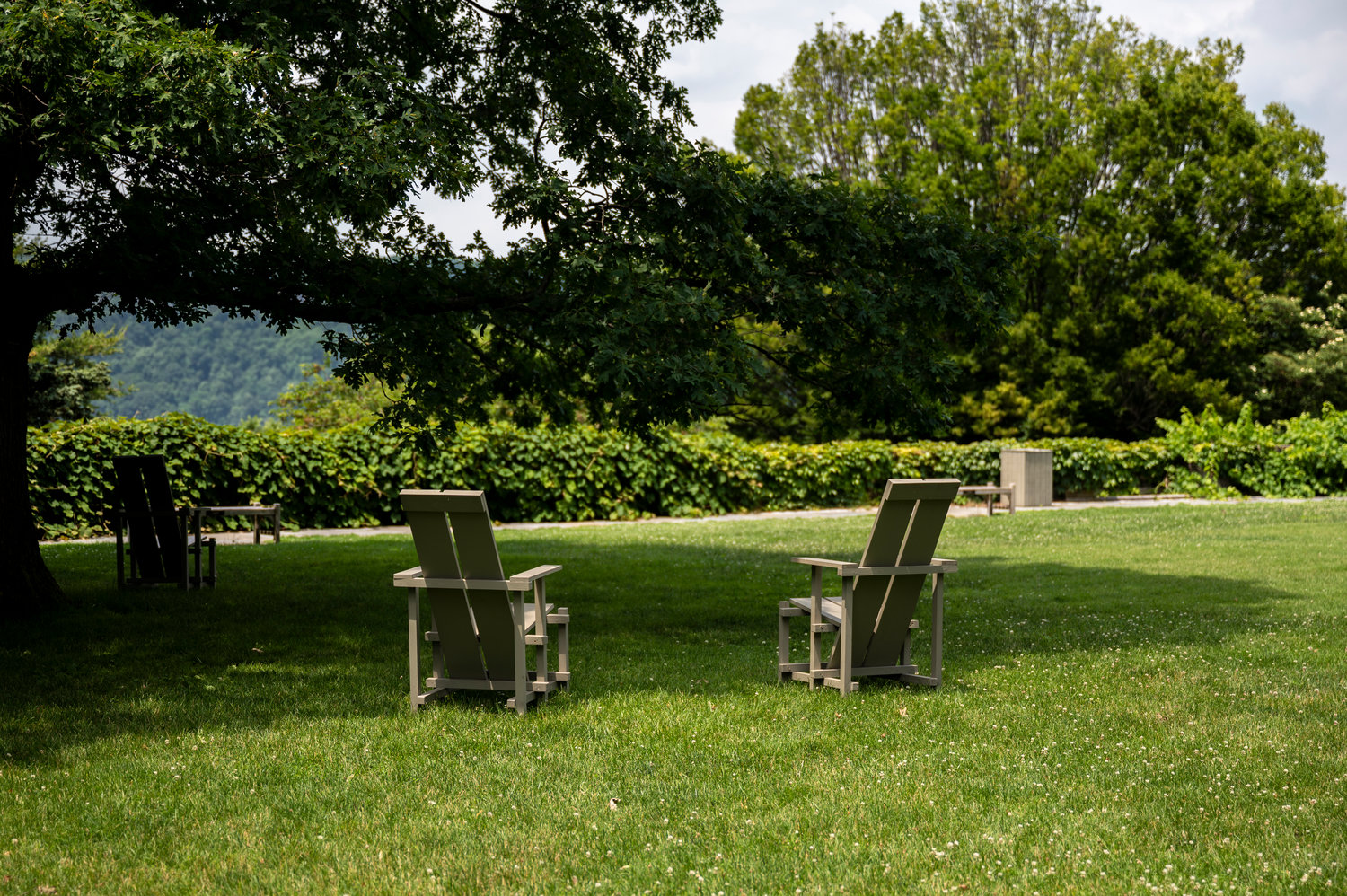 There aren’t many pandemic-related restrictions left to do away with at Wave Hill after a phased reopening over the last several months. But Gov. Andrew Cuomo’s move to end most coronavirus restrictions last week meant the public garden could finally go back to 100 percent capacity.
HIRAM ALEJANDRO DURÃN
Previous Next

People didn’t want to sit outside. It was tough. We had a tough February and March. So, in that sense, I’m happy that things are coming back to normal here.”
BRONAGH HARMON
By ETHAN STARK-MILLER

The coronavirus pandemic didn’t spare any part of the Bronx. Beyond those who actually fought COVID-19 itself, the pandemic dealt tremendous economic blows to the borough’s small-business community.

Between the three-month state-mandated shutdown most faced last year and the lingering virus-related restrictions since then, mom and pop businesses were “hit pretty hard,” said Nick Fazio, Community Board 8’s economic development chair.

“Based on most of the reports, primarily in the hospitality industry, which was really hit hard,” he added. “As well as retail.”

State comptroller Thomas DiNapoli recently released a report revealing employment in the leisure and hospitality sector dropped by 45 percent between Spring 2020 and the same time this year.

Fortunately, the Bronx’s road to economic recovery became much clearer last week when Gov. Andrew Cuomo announced he was immediately ending most pandemic-related restrictions after 70 percent of the state’s adults received at least one dose of the coronavirus vaccine. So, it’s now up to individual businesses to decide if they want to keep capacity restrictions and other virus safety protocols.

Still, Cuomo’s announcement is really good news for the area’s small businesses, Fazio said. “I think opening up is definitely moving in the right direction, and it’s going to help with the recovery.”

While hesitation before fully reopening is natural, Clarence Stanley — regional director of SUNY’s Small Business Development Center — echoed the importance of getting back to normal in order to fuel the Bronx’s economic recovery.

“Lifting the restrictions, I think is, critical,” Stanley said. “But I think right now we’re almost in a testing stage. Hopefully, (the virus) won’t come back.”

The Bronx had actually seen significant economic growth before the pandemic hit. According to DiNapoli’s report, the number of businesses in the borough increased by 15 percent between 2009 and 2019 — faster than Manhattan and Staten Island. In fact, the sectors most impacted by the pandemic — hospitality and retail — were among those that saw the most growth during this 10-year period.

The report also revealed the majority of Bronx businesses are small businesses. In 2019, for example, 80 percent of them had fewer than 10 employees. That’s great for creating a home-grown economy, but those same businesses were especially vulnerable once the pandemic hit.

An Beal Bocht Café — a bar and restaurant at 445 W. 238th St. — was one of those struggling businesses. But Bronagh Harmon, one of An Beal’s bartenders, said the governor’s move may finally bring some relief after a very hard year.

“I’m actually happy that the restrictions are being lifted right now,” Harmon said. “It’s not easy. It’s very stressful for me, and I mean I think for the rest of the bartenders. Because nobody knows what’s going to happen, you know? So, I’m happy that we’re trying to get back to normal, But that anxiety is still with us.”

Getting through the initial shutdown last spring — and especially the second one last winter — was very hard on the business, Harmon said.

“In the winter, we had tried to serve people outside and people didn’t want to sit outside,” Harmon said. “It was tough. We had a tough February and March. So, in that sense, I’m happy that things are coming back to normal here.”

An Beal already started relaxing its mask requirement, Harmon added, asking only those who aren’t vaccinated to wear a mask inside. They’ll rely on the honor system for this, however, instead of asking customers to provide proof of vaccination.

But the café isn’t getting rid of all of its pandemic changes just yet, Harmon said. It’ll continue to reduce indoor capacity and rely on outdoor seating, at least until September when most Manhattan College students flood back into the area. Additionally, live performances will remain outside — for the next month or so.

“We still have to be cautious,” Harmon said. “We’d be very stupid if we weren’t cautious.”

For Wave Hill — the garden attraction at 4900 Independence Ave. — the governor’s order also means having to decide which restrictions to keep and which to do away with going forward. Martha Gellens, a spokeswoman for Wave Hill, said the garden did resume allowing 100 percent capacity because of the governor’s decision.

Although the institution has been reopening in phases since last summer, there are still some restrictions remaining that must be considered by Wave Hill’s reopening committee. These include a mask requirement inside buildings, and whether to resume a shuttle service from the 1 train stop at West 242nd Street and nearby Metro-North stations that had been suspended during the pandemic.

However, the garden is mostly back to normal at this point, Gellens said. It’s open six days a week, allow visitors inside the buildings, and no longer requiring people to pre-register before showing up.

Wave Hill may be moving away from adaptations it made for the pandemic, others are keeping them. Like outdoor dining areas, for example. Many of these accommodations cost money, Fazio said, and many of these businesses need to ensure these investments weren’t a waste of dollars — especially if they can help these businesses do better in the long-term.

“Now they’ve advanced their operations, scaled some of their businesses to reach new markets,” Fazio said. “And at the same time, they’re going to be able to welcome back a customer base that was focused on in-person congregations. Whether that’s indoor dining, or retail shopping, or things like that, that were limited because of the restrictions.”