Camilo ready to take that next step 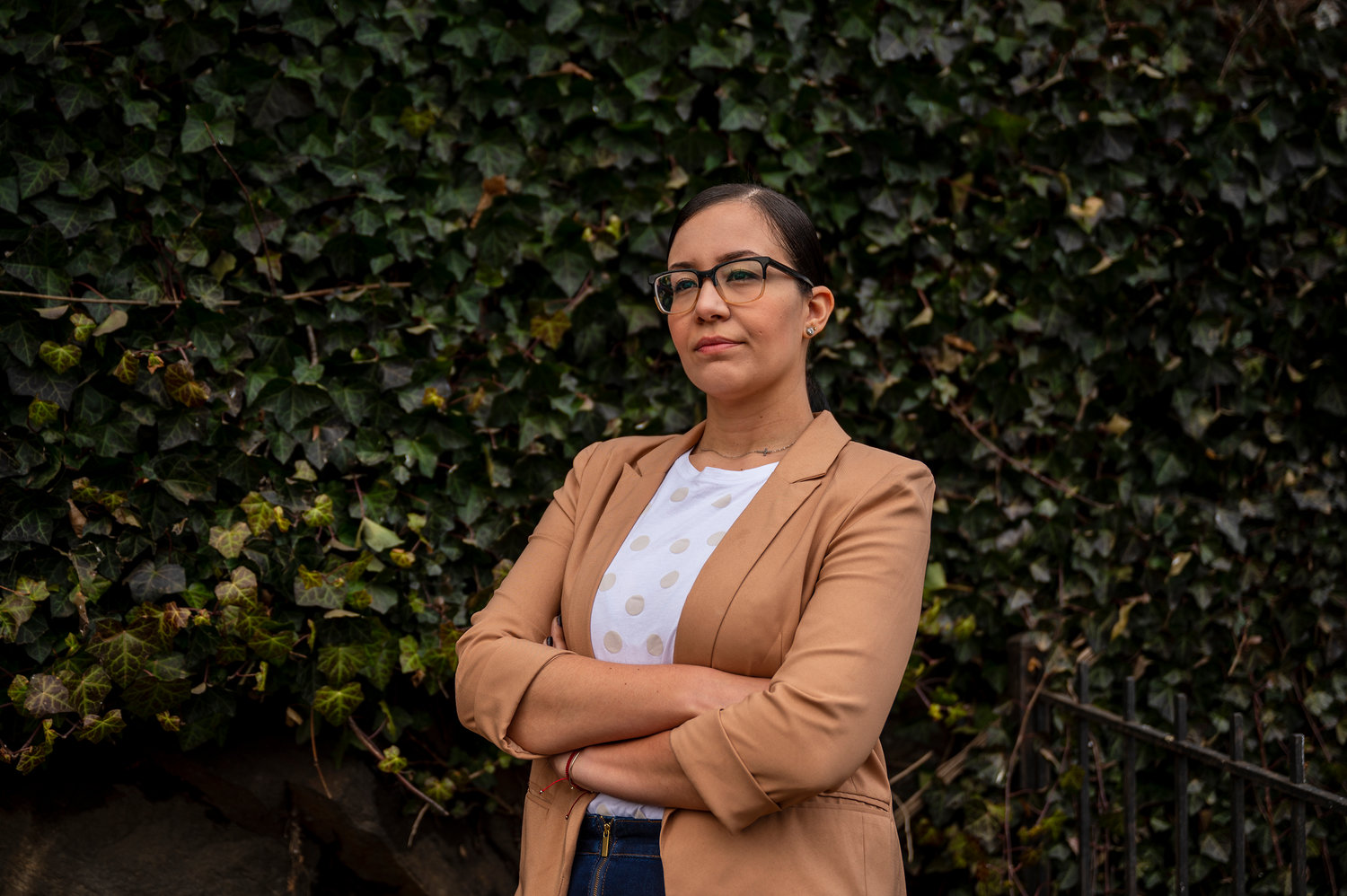 Miguelina Camilo, who is running to fill Alessandra Biaggi’s senate seat, stands for a portrait near the Tortoise & Hare sculpture at Van Cortlandt Park on Monday, March 7, 2022.
Hiram Alejandro Durán 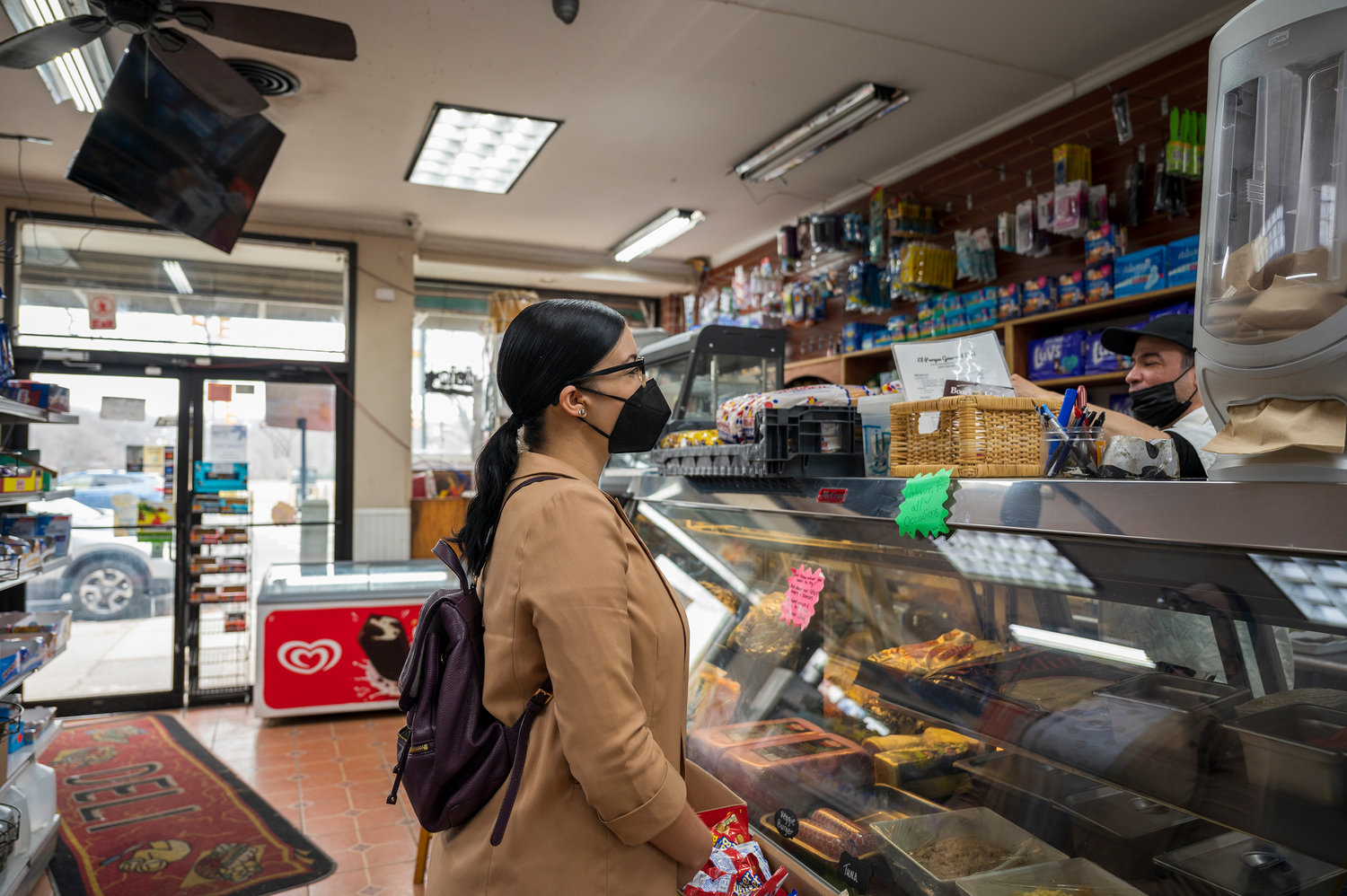 Miguelina Camilo, who is running to fill Alessandra Biaggi’s senate seat, speaks with the cook at El Parque Gourmet Deli. If elected, Camilo said she would champion the interests of small business owners.
Hiram Alejandro Durán
Previous Next
By SACHI McCLENDON

Miguelina Camilo wants to bring her insight as a family and criminal law attorney to the state senate next year to replace Sen. Alesandra Biaggi, who is running for Congress.

Soon after the district seat opened up in early February, rumors began swirling that Camilo, who has been active in Bronx politics for years, planned on entering the race.

Over her 10 years as an attorney, Camilo has worked in several different legal fields, from family law to criminal defense work. She is also the president of the Bronx Women’s Bar Association.

She said that her time as an attorney, particularly in family court, has given her the right set of skills to be an effective lawmaker.

“I was trying to deal with family drama and trauma and bring together people that had to be connected,” Camilo said. “I consider myself a coalition builder. I always seek to find the common ground and bring people to the table.”

Camilo, who is originally from the Dominican Republic, has lived in the Bronx the past 10 years. She first got her start as an attorney practicing in Throgs Neck under the tutelage of prominent attorney Murray Richman. She now calls Riverdale her home.

And from 2019 until last year, Camilo served as the commissioner for the Board of Elections in Bronx County. Through that role, Camilo said, she made a number of political connections, which she is now able to cash in on. Soon after announcing her candidacy, she quickly racked up some high-profile endorsements from U.S. Rep. Ritchie Torres to state Sen. Jamaal Bailey. She also has the backing of the Bronx Democratic Party and was seen collecting signatures alongside Assemblyman Jeffrey Dinowitz in early March.

Camilo said her number one priority, if elected, would be to champion the interests of small business owners in the district. “I am the daughter of a small business owner, and that was always central to our family. You know, that’s where we came from — working in a bodega and knowing that that hard work, that business, sustained our entire family,” she said. “I worked at the bodega while I was going to college and then law school.”

Camilo said she would like to see more structures and resources in place to help small business owners navigate the Byzantine network of city rules and regulations — from code violations to lease negotiations.

Camilo added that she also wants to expand mentorship programs that would help strengthen the school-to-work pipeline.

Amato chooses to center his campaign around housing, and what he sees as the concerning number of homeless shelters in the borough.

“If we’re building affordable, supportive housing that’s accessible and affordable to middle class, and low-income populations, already we’re going to be uplifting a real and enormous amount of Bronxites,” he said. “This is the way that we not only can provide for our homeless population, but we can provide for the many families struggling to make ends meet.” Amato added that he is in support of the Good Cause Eviction bill, which limits a landlord’s ability to jack up rent or evict a tenant for no reason.

Amato, who was born and raised in Pelham Parkway, became more invested in politics after Donald Trump won the 2016 election and soon began campaigning for Democrats in several races throughout the country and in the Bronx. Most notably, he campaigned for and then worked under Sen. Biaggi as her deputy chief of staff until 2019. Beyond that, Amato has spearheaded several mutual aid efforts throughout the pandemic, delivering masks and fresh produce all over the borough.

So in order to stay competitive in the race, Amato said he’s going to apply those grassroots organizing skills he’s learned over the years to his own campaign. “I have already knocked [on] 5,000 doors, and I’ve lived in this community my entire life, and I’ve been organizing here for a decade,” he said. “I’m ready to wear out my sneakers and knock on doors until my knuckles bleed.”

Hofflich, a first-generation immigrant from Vietnam, served as legislative advisor to both Assembly members Amy Paulin and Sandy Galef before working for Sen. Gillibrand. There, she worked on bills focused on securing justice for survivors of sexual assault and harassment, human trafficking victims while also advocating for maternal health and closing the wage gap.

James Gisondi, a former lawyer and law secretary for the Bronx County Supreme Court, has also entered the race. He unsuccessfully ran against Biaggi for this same seat back in 2020.