Capoeira brings Brazil to the Bronx 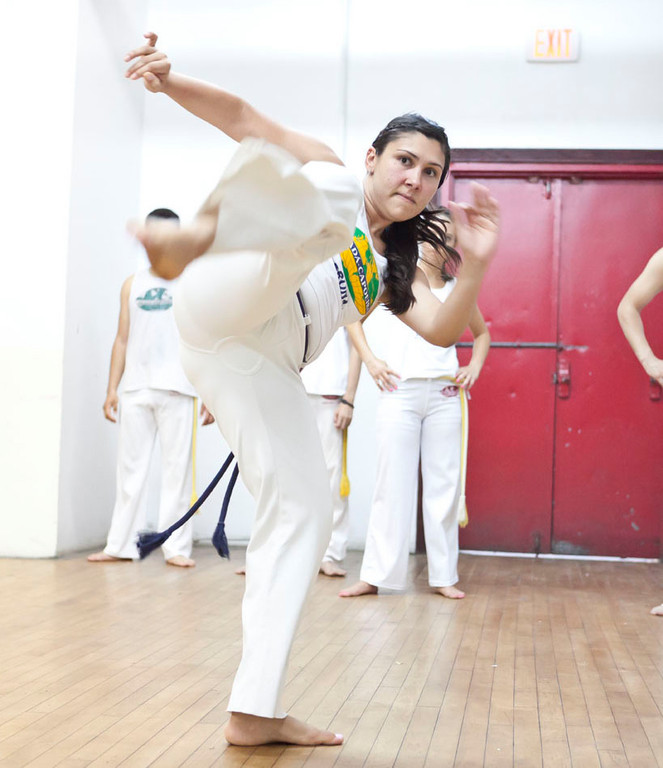 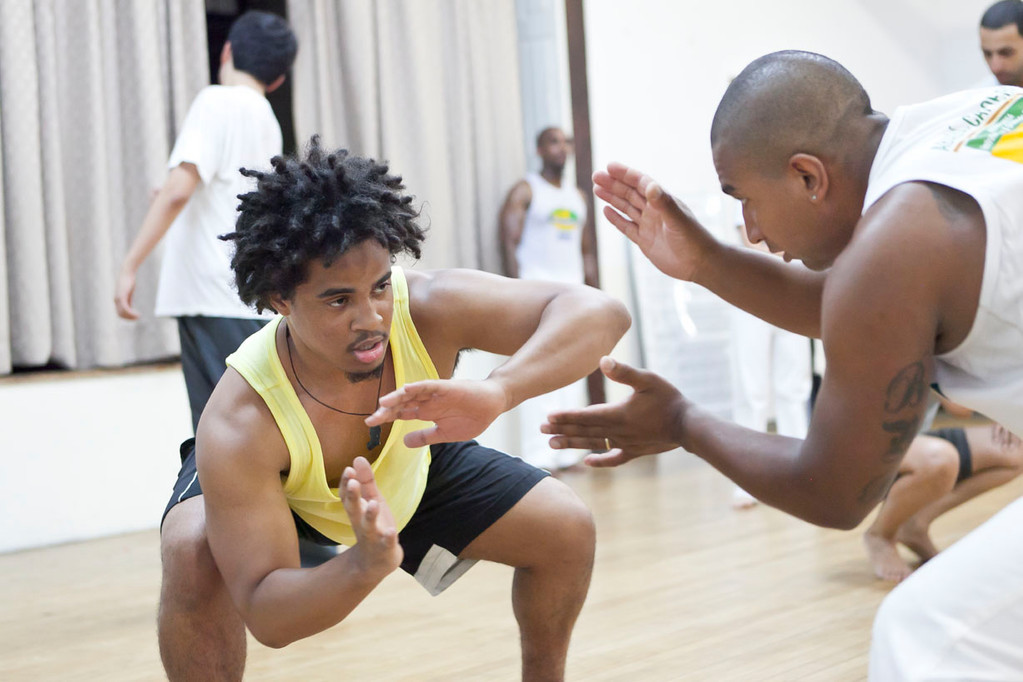 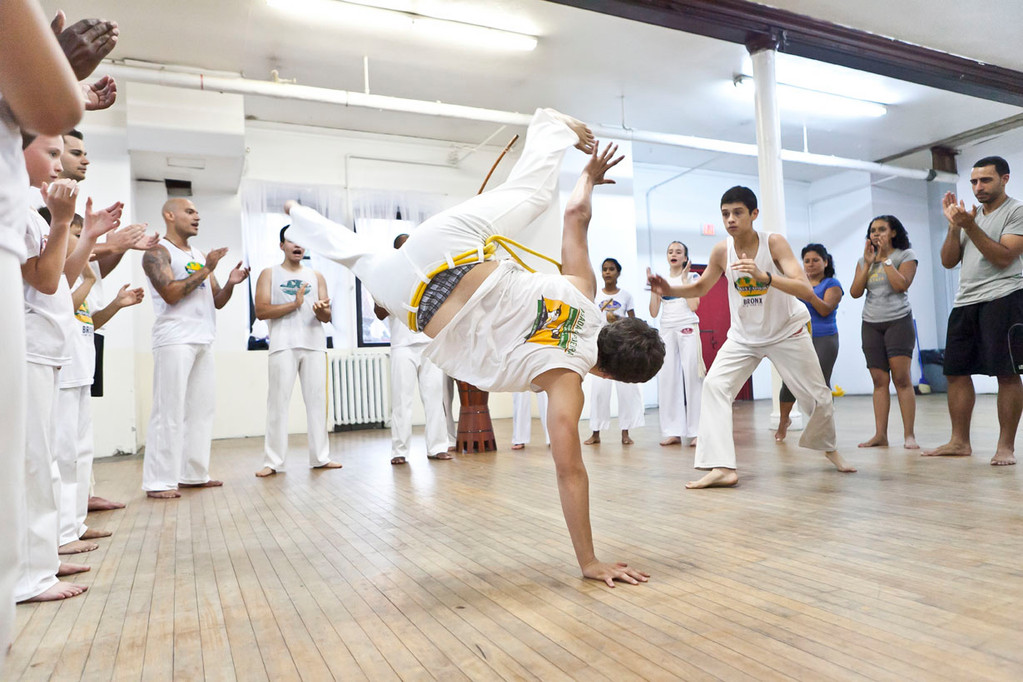 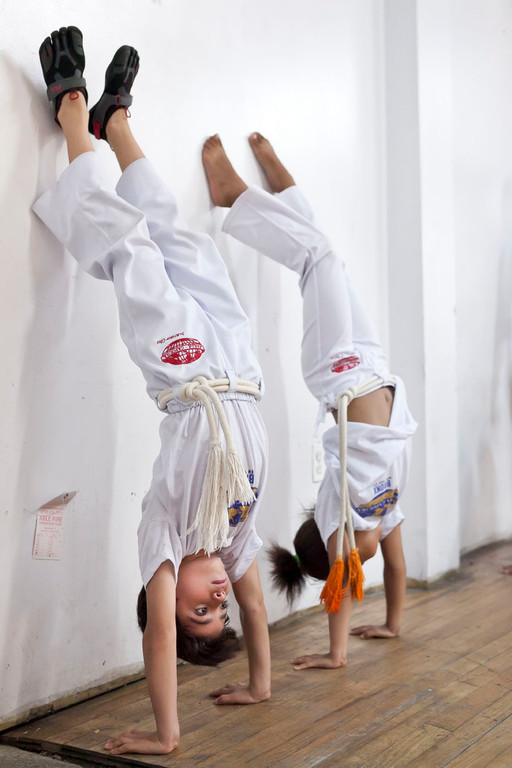 Jorge Ballestero and Ella Gonzalez do a head stand in the Saturday kids capoeira class at Church of the Mediator.
MARISOL DÍAZ/THE RIVERDALE PRESS 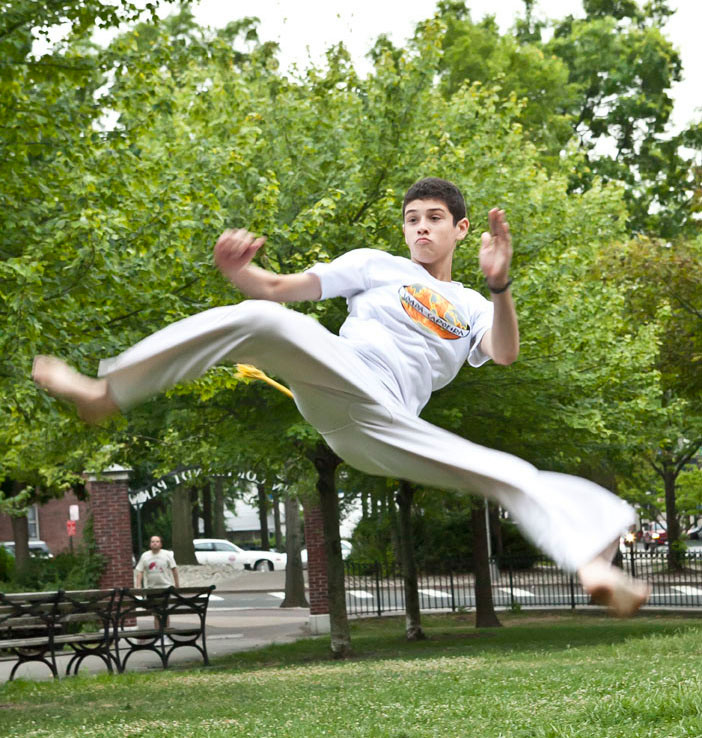 Van Cortlandt Park is a long way from the rainforests of Brazil, but when Marcelo Fagundes and his students circle up on the park lawn, singing to the beat of their drums, you can almost hear the the trills of tropical birds.

Mr. Fagundes began his own study of capoeira — a Brazilian martial art that looks as much like dance as it looks like combat — in his native Brazil, at the age of 9. In 2003, after several years of practice, he moved with a performing martial arts group to Mexico. Eventually he was invited to a special event in San Francisco, and, when given the choice, decided to stay in the states.

Two years ago, he moved to Riverdale with Jennifer Sanchez-Fagundes, his wife, fellow capoeirista and business partner.

Together the pair hopes to bring capoeira and all it has to offer to the Bronx.

“We use capoeira as a tool for social change, to impact the lives of people,” Ms. Sanchez-Fagundes said, explaining that the art she and her husband teach can be used to inspire students to be active physically and socially within their communities, just as capoeira inspired strength within individuals and communities in the past.

According to oral history, capoeira was developed by enslaved Africans brought to Brazil in the 1500s. Stripped of their native traditions, but determined to fight for their freedom, these Africans began to develop their own martial art — a way to defend themselves against their taskmasters without weapons, which, of course, were off limits. To further ensure success, early capoeiristas disguised their practice as a dance and set it to music.

Groups of capoeiristas eventually rose up against their taskmasters, successfully escaped and formed communities called Quilombos, where the escaped slaves continued to practice capoeira and to teach it to others.

The art, and the sense of community it fosters, survived nearly three centuries of slavery and even a prohibition against its practice. Today, capoeira no longer wages war against oppression. Instead, it fights inactivity and apathy.