Capt. Girven picks up where Melendez leaves off 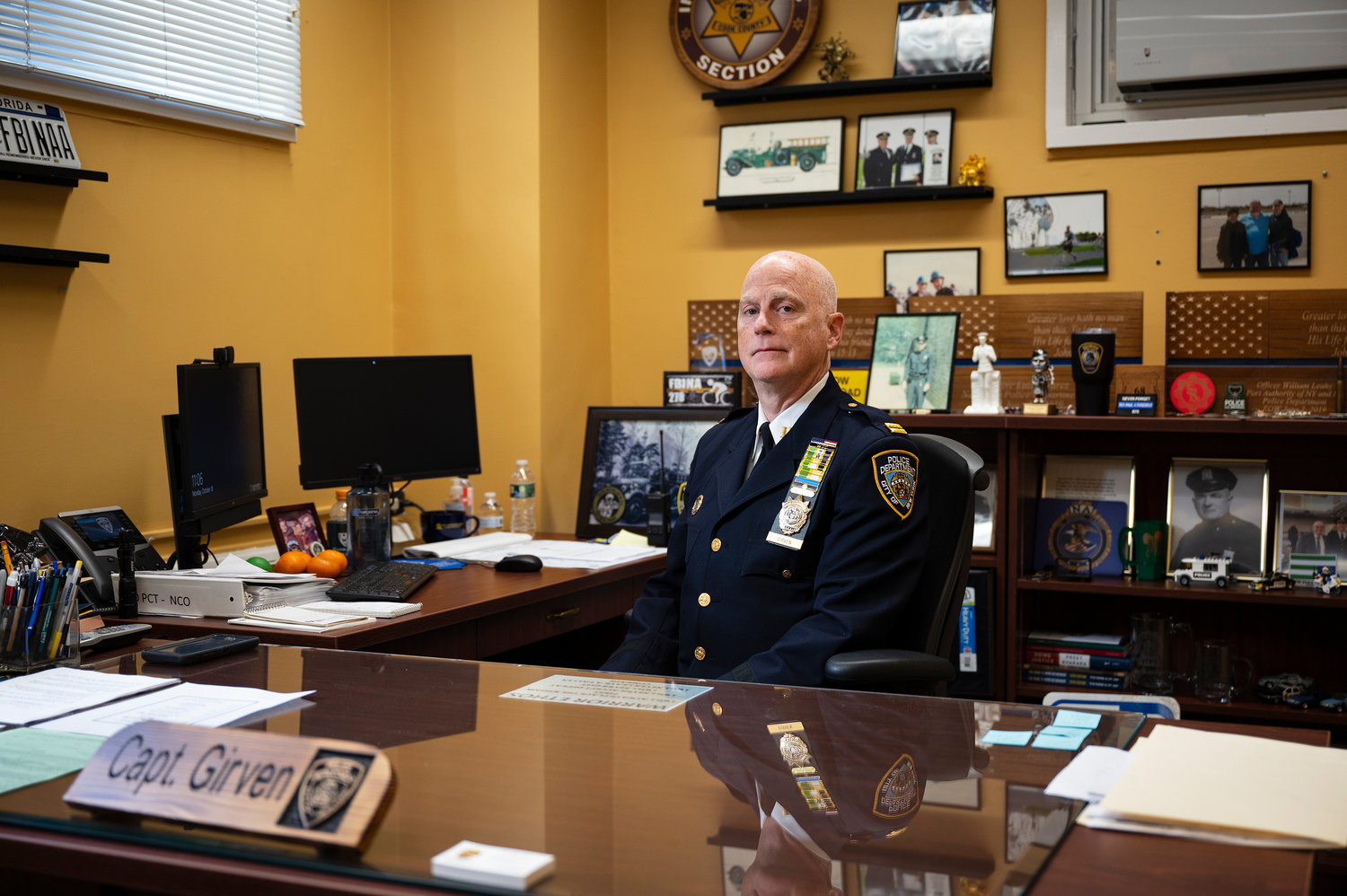 After nearly a month of searching in a new community-involved selection process, the 50th Precinct got a new commanding officer late last month: Capt. Charles Girven.

While he’s new to the job of precinct commander, Girven is no stranger to the 5-0. He’s spent the past two years as the precinct’s executive officer, assisting his predecessor — the now-retired Capt. Emilio Melendez — in his role as precinct commander.

With more than three decades in the New York Police Department under his belt, Girven says he’s ready to get to work on his first assignment as a patrol commander.

“It’s quite an accomplishment,” Girven said. “It’s a learning experience, too. And the curve is there, too. So, I just try to work off what previous commanding officers have done. Both (Emilio) Melendez and Terry O’Toole. They both had successful assignments here. So, I’m going to focus the same way they did.”

The key to their success? Focusing their policing resources on quality-of-life issues, Girven said, which take center stage in this corner of the Bronx.

“We don’t have a lot of violence here in the 50th or the Riverdale section of the Bronx,” Girven said. “But we do have complaints or concerns about quality of life that people need the police to address. Whether it’s traffic conditions (or) disorderly persons in the park.”

Girven’s also building on the work of his predecessors by continuing an open dialogue with organizations like Community Board 8, the 50th Precinct Community Council, and the Van Cortlandt Park Alliance. It’s all to ensure he understands their concerns when it comes time for him to direct the 5-0’s resources.

“At my meetings, sometimes people are not satisfied with calling 911 or 311,” Girven said. “So, I always encourage them to come in and speak to our community affairs officers. And we can have a one-on-one banter back and forth so we can really nail down exactly what their concerns are. And that way we can have an efficient use of our manpower to get out there and prevent crime.”

In fact, representatives from CB8 and the community council — as well as some local business owners — participated in picking Girven for his new post in the first place. The committee interviewed Girven along with four other candidates last month, passing along recommendations to another predecessor to Girven in the 50th Precinct: NYPD commissioner Dermot Shea, who made the final decision.

Girven’s familiarity with the community goes way back before he came to the 5-0. He grew up in nearby Woodlawn, attending Saint Barnabas Parish there. He even worked for a time at the  Waldbaum’s grocery store on Broadway near West 234th Street, which is now Staples.

Girven studied history and research at Manhattan College — all with the goal of becoming a teacher. But joining the NYPD was always in the back of Girven’s mind as well, he said, because it was the family business. His father and great uncle were police officers.

Although most of Girven’s NYPD positions have been in the Bronx, he’s served in units in other parts of the city as well. These include a detective’s squad in Manhattan as well as an assignment to a detail in the Coney Island section of Brooklyn. He’s also served with patrol commands, the narcotics division, the now disbanded anti-crime unit, and the special operations division — which does tactical and rescue missions.

“I was getting a feel from those officers who attended the FBI academy — how they run their agencies,” Girven said. “And they have a lot of focus on officer training, one-on-one training and group training to maintain a police standard. So, that was both a challenge and a privilege.”

As the new commander of the 50th Precinct, Girven wants to keep focus on improving the quality of service his officers provide to the area. This means regular trainings and ensuring officers are present at community board and precinct community council meetings.

“Because we’re only here eight hours a day,” Girven said. “When we get input from people who actually live here — all the time they live and work here — we get a real better feel for what’s required on our part to take care of. And we’re able to address it easily.”