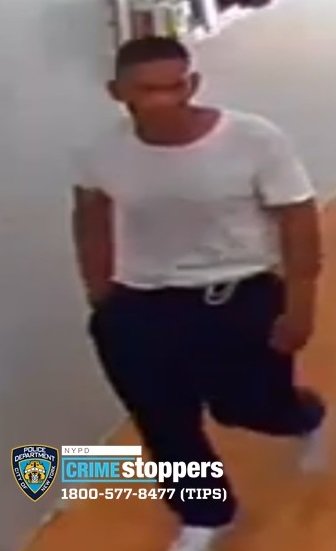 Police want to have a few words with a man they say was involved in a robbery Monday in Kingsbridge where employees were reportedly threatened by knifepoint.

It was the middle of the afternoon on July 20 when police say a man walked into All Wireless and Electronics at 237 W. 231st St., and started arguing with the store clerk. While arguing, the customer reportedly pulled a knife from his pocket, and cut five cell phones from their tethers behind the counter. He also took $440 in cash from the register.

Once the man took had his bounty, police say he fled the store, leaving the employees shaken, but physically unharmed.

Police didn't provide a physical description of the man, but did release video they say was from the midday robbery, which you can see by clicking here.