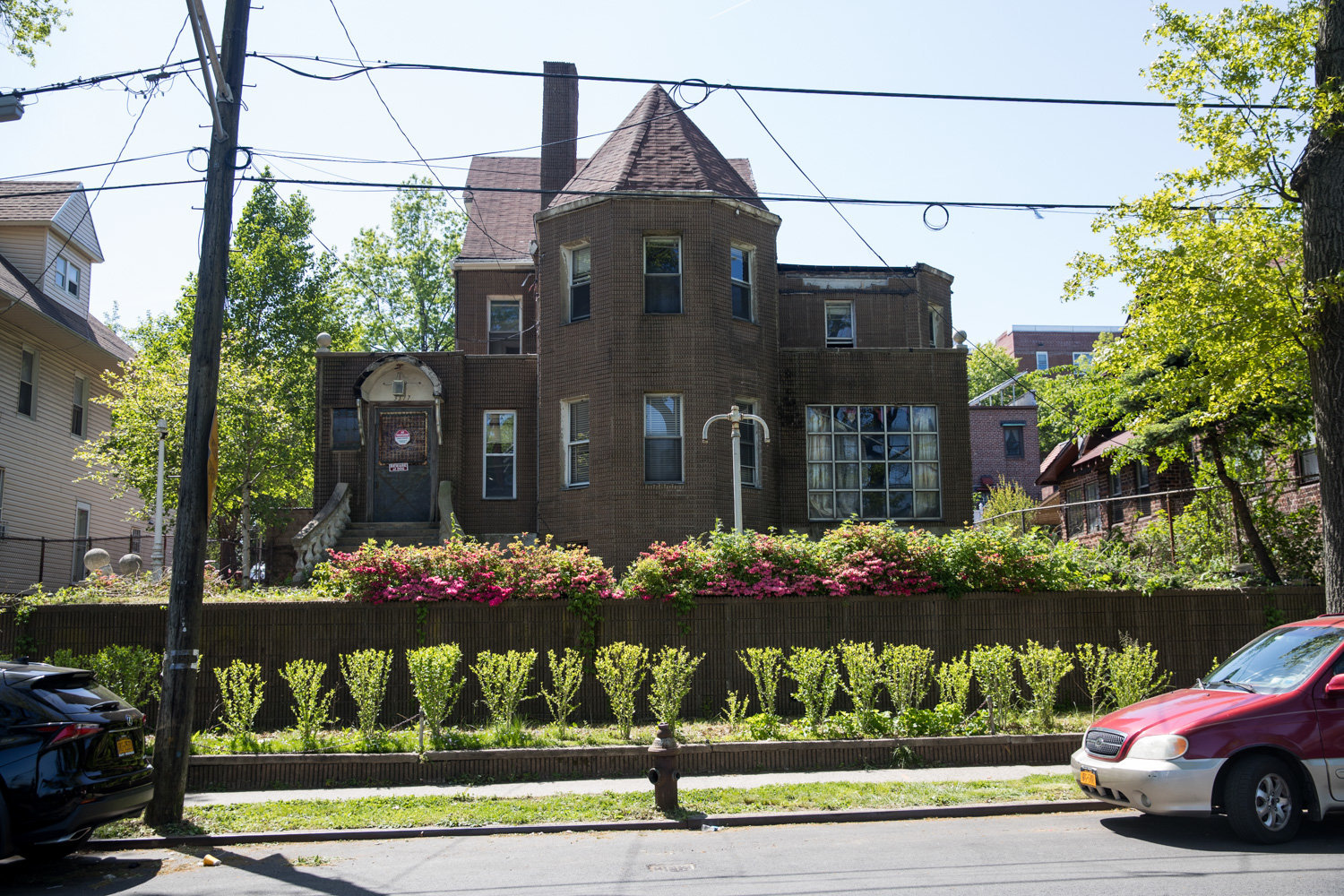 A house that has towered over Sedgwick Avenue for more than a century is coming down.

Permits were filed Wednesday to fully demolish the 3,700-square-foot home at 3377 Sedgwick. And based on existing zoning, it could be making way for a new multifamily building, although no plans for any such development have been filed with the city's buildings department as of yet.

A limited liability corporation reportedly controlled by developer Anton Tinaj of Arberia & Associates, bought the home and its property earlier this year for $1.25 million, according to city property records. It had been previously purchased by Chao Shio Sieh for $31,500 in 1992.

It wasn't long after Tinaj took ownership of the property in May that neighbors complained about what they said was construction work. Tinaj maintained, however, that his crews were only cleaning up the mess he said the previous owner left behind.

"The thing is, we just purchaed the property, and (the previous owners) left a lot of garbage," Tinaj told The Riverdale Press at the time. "It hadn't been clearned for years, so we cleaned up some garbage, and they made a much bigger deal about it."

Some neighbors said they were startled by mid-day noise, and believe they saw works on the home's roof.

"I got to my bedroom and looked out the window, and I'm following the noise," said one neighbor at the time, who asked not to be identified. "It's coming from the roof. These guys are hitting the shingles from the roof, throwing pieces down to the side yard."

The biggest problem facing any type of construction work is that, at least at the time, it was prohibited during the peak of the coronavirus pandemic. However, a DOB spokesman said that while inspectors did visit the home May 19, they found the home empty, and no construction work going on, so no citations were issued.

The buildings department ultimately cited the property for the condition of the home's roof, as well as an "open hole" through the masonry, which subjected the property to a $1,280 fine.

Tinaj has somewhat of a history creating controversy with some of his development projects. In 2013, neighbors immediately next to an apartment building he was contructing in Pelham Bay complained he had left just a six-inch gap between their homes and his structure. Tinaj defended the construction, according to published reports, by saying the city's zoning didn't require side yards separating buildings.

Tinaj's firm also was among a development consortium fined more than $71,000 by the U.S. Department of Labor's Occuational Safety and Health Administration for allowing workers to climb as high as 24 feet off the ground with scaffolds that lacked guardrails for a constructio project in Morris Park. Arbera itself, according to an OSHA news release, was fined $6,000 for the lack of fall protection on stair landings, and missing stair handrails.

The home was built in 1899, and is immediately surrounded by other larger single-family homes across the street from the Jerome Park Reservoir. However, there are larger, more modern multifamily buildings nearby.