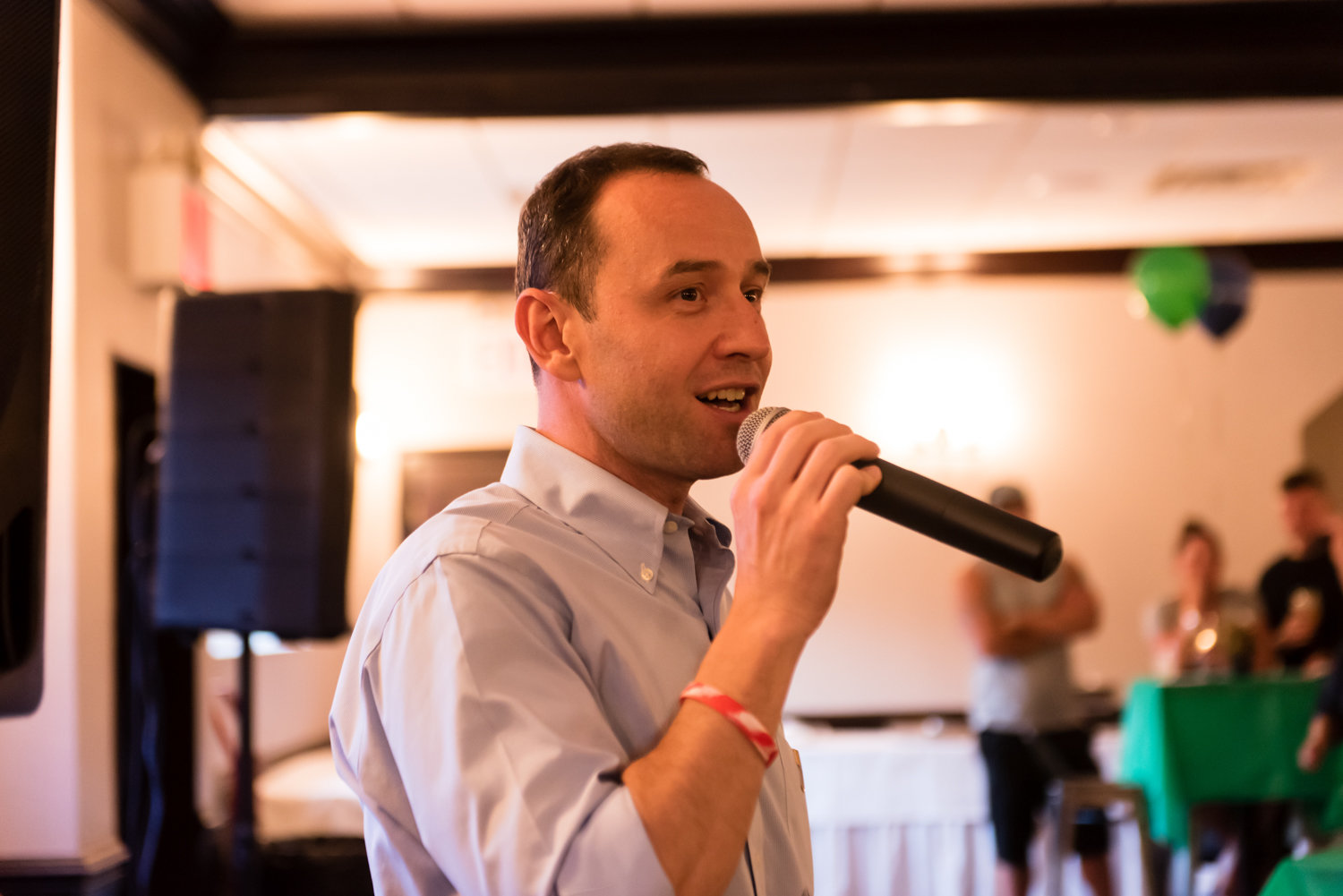 City council candidate Dan Padernacht has joined the growing call to suspend petitioning requirements to get on the ballot, since fulfilling that obligation could unnecessarily expose thousands of people — including the candidates themselves — to the coronavirus.
FRIDA STERENBERG / File
By ETHAN STARK-MILLER

When the laws were developed requiring New York political candidates to pass around petitions to get their name on the ballot, it seems no one thought much about what should happen if the state — and the world — were afflicted with a deadly virus that easily passes from one person to the next.

That is the world we've been in for the past 10 months — yet those candidates gearing up for special elections in the coming weeks and months wouldn't know it, because they still have to go out and collect thousands of signatures.

It's the kind of person-to-person contact that puts not only candidates and volunteers in danger, but also those being asked to sign on the dotted line. At least that's the conclusion of several city council candidates now loudly demanding that the elections office — and the state — do something about it.

Dan Padernacht — joined by others seeking to succeed Councilman Andrew Cohen like Abigail Martin, Marcos Sierra and Carlton Berkley — called on Gov. Andrew Cuomo and Mayor Bill de Blasio to suspend the need to collect those signatures. All of them are just days away from starting that very process, gearing up for a potential March special election. But none of them feel the middle of a pandemic is the best time to take that step.

Instead, Padernacht proposes an emergency executive order waiving the requirement to collect at least 450 signatures from district voters — something that ultimately requires nearly three times that just to ensure they reach 450 valid names.

"The required petitioning will result in thousands of person-to-person contacts at a time when COVID infection rates are rising," Padernacht told reporters on Tuesday. That would happen at the same time when one out of every 200 people in the city are a current confirmed case.

There is a precedent to suspending petitioning requirements — it happened for many of the November races through a Cuomo executive order. But elections officials, Padernacht said, aren't extending that executive order to these new races.

If such an executive order isn't possible, then Padernacht and other council candidates are throwing their support behind proposed legislation by Upper East Side councilman Ben Kallos that would waive petitioning for any candidate who qualifies for matching funds from the city. Generally, that requires candidates receive at least 75 individual donations of $10 each from voters living in their district, and $5,000 from donors in the city at large.

Martin — one of three women seeking Cohen's seat — took it a step further, calling for elections to be completely by mail or even postponed until more people feel safe from the coronavirus.

"We know that with some of these vaccines, it takes time in order for people to be fully vaccinated and safe," Martin said on Tuesday. "We have 12 candidates between District 11 and District 15 running. That's over 14,000 person-to-person contacts to get enough signatures at the current requirement of 450."

Such a delay, of course, would mean longer periods some districts — including Cohen's 11th and Ritchie Torres' 15th — would be without any elected representation. Both Cohen and Torres are expected to resign from their seats in a matter of days as Cohen accepts a spot on the Bronx Supreme Court bench, while Torres heads to Washington as a newly minted congressman.

Latchmi Gopal, one of the candidates looking to succeed Torres, said it's especially important to limit in-person interactions for communities of color who've been hit especially hard by the pandemic.

"These communities are the ones who are holding a lot of weight of essential workers, who are out there every day," she said.

If nothing is done to reduce petitioning in the middle of the pandemic, council candidates could always try their luck forcing Cuomo's or de Blasio's hand in court. But that's not an attractive option, Padernacht said, because the legal process would be cost-prohibitive for candidates like him who are limited to about $190,000 in spending.

"So beginning an expensive legal process, really aside from the amount of time you need — and money — it's not realistic," Padernacht said.

No dates for either race to replace Cohen and Torres have been set. But de Blasio could announce that decision as early as next week.