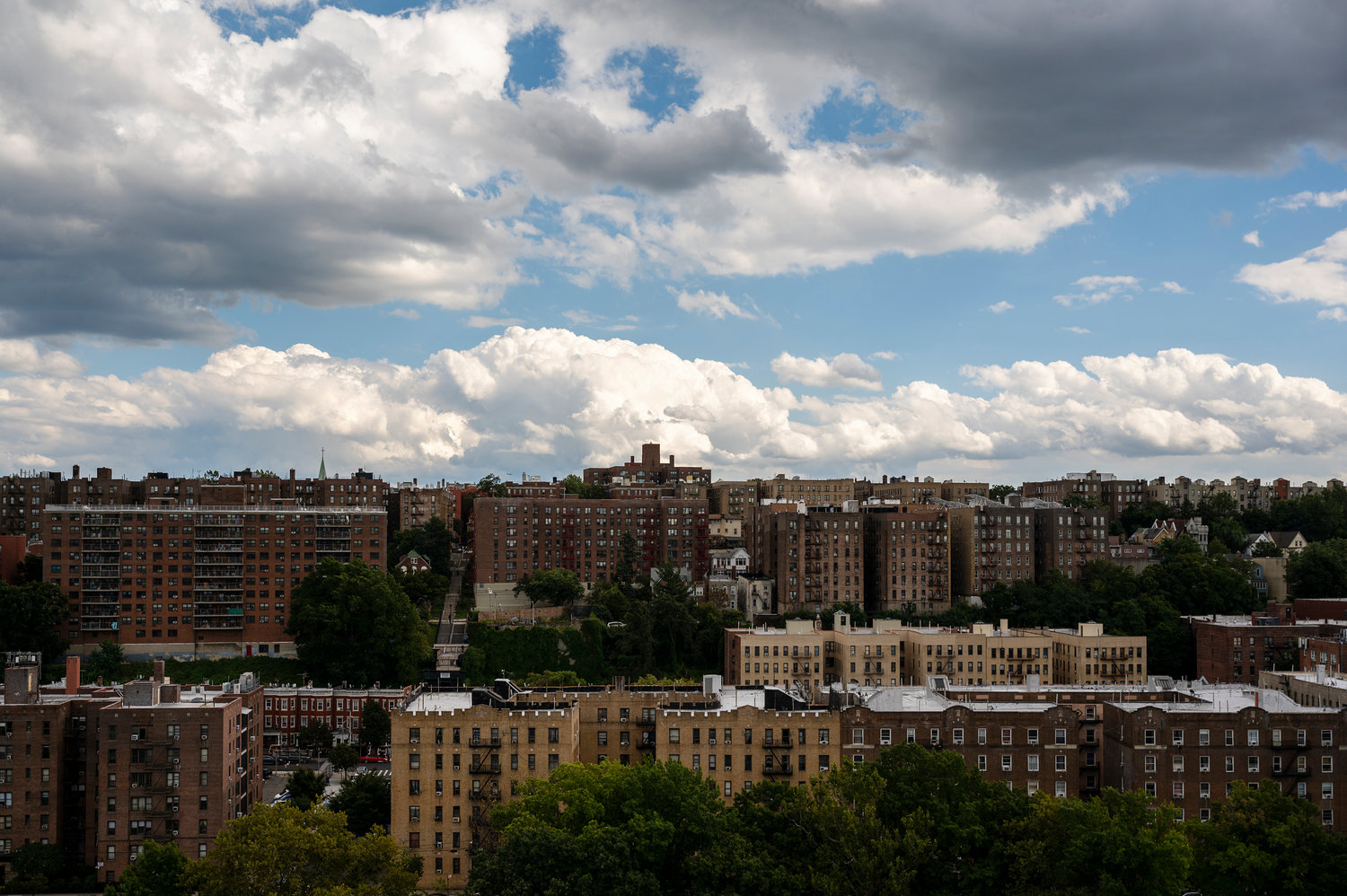 While Eric Dinowitz’s city council district could have been drawn to have a majority Latino population, the city’s redistricting commission in charge of drawing the new lines decided to keep more of Kingsbridge in Pierina Sanchez’s district.
Hiram Alejandro Duran 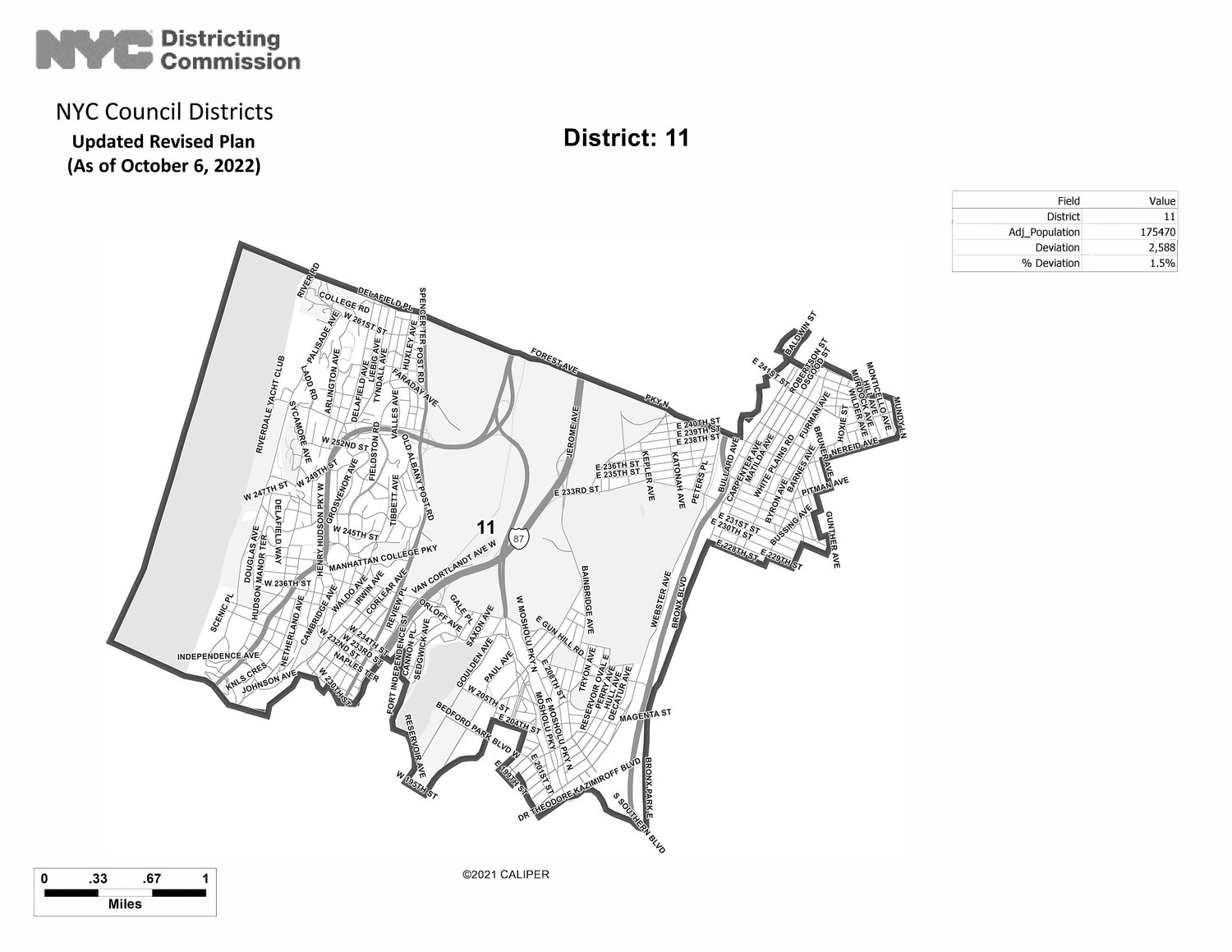 As the city’s redistricting commission has drawn it, the new district represented by Eric Dinowitz looks much the same as it does now. Dinowitz had testified in a hearing to revert changes to his district, including making his district a majority Latino one.
Courtesy of NYC Districting Commission
Previous Next
By Sachi McClendon

City council redistricting is back on track.

The commission in charge of creating the district lines gathered last week to redraw the territories for the city’s 51 council members, approving this latest iteration 13-1, with a single abstention.

And it comes with little change to council district lines in this part of the Bronx.

This vote comes just weeks after a previous set of draft maps were unexpectedly rejected by eight of the commission’s 15 members. In that vote, Bronx Chamber of Commerce president Lisa Sorin, who sits on the commission, was one of the eight who struck down the measure.

“We’ve listened to the testimony, but there’s still a lot to be heard,” she said at the time. “And I need to hear more from the Hispanic community.”

A lot of that had to do with outreach to parts of the city where English is not the primary language,” her spokesperson told The Riverdale Press.

“Additionally, a closer look needs to be had on how to develop robust outreach tools to serve communities which had low engagement numbers,” the spokesperson added.

The lone nay vote this time around came from Staten Island-based commissioner Michael Schnall, who would prefer to keep the borough whole, and not share territory with Brooklyn. One of the three Staten Island districts reach over into Southern Brooklyn — a move that sparked some outrage with claims that Staten Island remains the “forgotten borough.”

“There are no other reasons why I oppose these maps,” Schnall said. “I’m glad they’re going to pass, and we’re going to get that much-needed feedback from the New York City council.”

It’s now up to the city council to approve the final maps — a process that wasn’t met with much enthusiasm from some of the commissioners.

“If people are upset, don’t direct your ire at us,” Commissioner Marc Wurzel said. “Look at the governor and look at the legislature who adopted a poorly worded law in October that severely limited this commission’s ability to keep as many communities of interest together.”

That law is a recent piece of legislation that limits population deviation between districts.

As for the three districts that touch this part of the Bronx, the Kingsbridge Armory remains in Pierina Sanchez’s district, while Eric Dinowitz holds onto Wakefield. That corrects what the councilman and a number of community organizations described as two wrongs that were righted from the first round of maps.

Yet there is still one community advocacy group that will not be pleased by the commission’s vote.

“We cannot ignore that immigrant communities continue to be split, including in southeast Queens and in the northwest Bronx,” said Murad Awawdeh, director of the New York Immigration Coalition, in a statement after the meeting. “Additional changes need to be made to ensure community members have a chance at fair representation.”

Asher Ross, a spokesman for the coalition, said the organization was in full support of the first draft lines for Dinowitz’s district, which covers much of the greater Riverdale and Kingsbridge area.

“They basically altered the shape of District 11 and made it into a district that encompassed more Kingsbridge and would not have included Wakefield,” Ross said. “That would have actually been a new majority Latino district. We really applauded that proposal.”

According to data provided by CUNY Graduate Center’s Redistricting and You mapping service, the population of that proposed district would have been 51 percent Hispanic.

And creating opportunity districts — which are those in which a majority of the population is made up of a minority group — when possible is one of the mandates set by the city charter.

“If you can draw a majority Latino district — which would give that group the opportunity to elect candidates of their choice — the commission and their members need to draw that,” Ross said. “But instead, they decided to keep the status quo and dilute the power of this growing population.”

While Dinowitz’s district is now no longer drawn as an opportunity district, NYIC and other invested parties still have time to lobby for change. Now that the maps have been approved, they will be sent to the city council, which has three weeks to either give them its stamp of approval, or send them back to the commission for one last round of tinkering.

That leaves the door open for organizations to reach out to their local council members to advocate for their preferred changes.