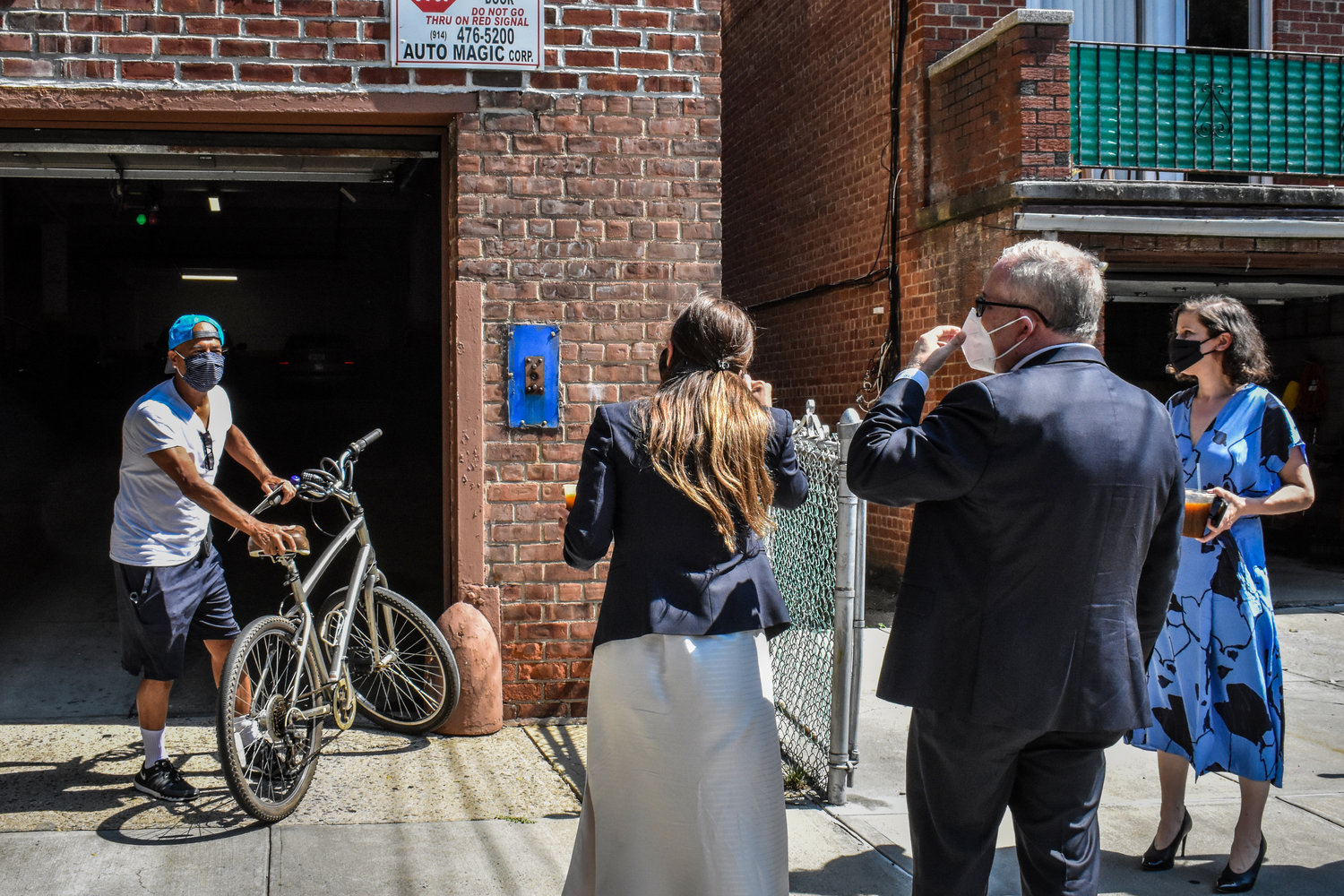 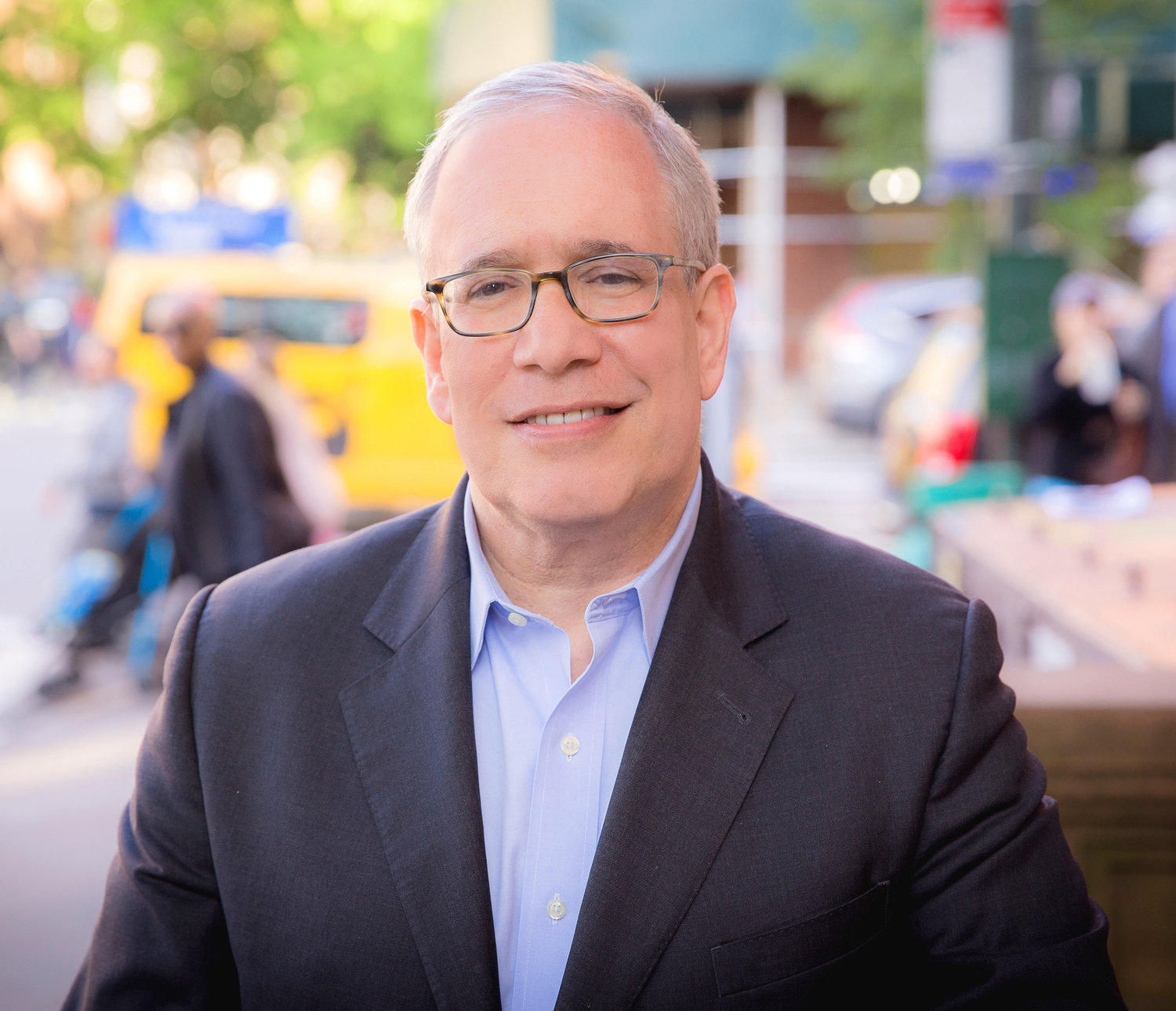 Scott Stringer, who is one of the first people to officially throw his hat in the ring for the 2021 mayoral race, grew up in Washington Heights, but has some significant family connections to Riverdale.
Courtesy Scott Stringer
Previous Next
By KIRSTYN BRENDLEN

The elections this November may be getting a lot of attention, but some of the biggest decisions facing voters at the city level won’t happen until next year when nearly every elected position within city hall is up for grabs.

That includes a majority of city council seats, most of the borough president slots, and even public advocate and comptroller.

It will be a wide-open race for the top accountant job not only because of term limits, but also because the current comptroller — Scott Stringer — is eyeing his next job: Mayor of New York City. A former Assemblyman and Manhattan borough president, Stringer jumps into a race that is expected to have a rather crowded field as the city decides who will follow Bill de Blasio downtown.

His move wasn’t a surprise to those keeping track of city politics. Rumors swirled for months, and Stringer’s name came up in mayoral hopeful conversations more than once.

As comptroller, Stringer has controlled the city’s purse strings since 2013, reviewing city budgets, overseeing its pension funds, and often working to hold city government accountable — at least from a financial standpoint. He’s also used his platform to champion progressive causes, building a foundation for what has ultimately become his mayoral run, most recently his fight to bring federal relief dollars to small businesses suffering through the coronavirus pandemic.

Any candidate elected this year — and perhaps for the next several years — will likely guide their constituents out of the fallout of the pandemic. Some have cited what they say is a failure in leadership during the crisis that prompted them to run — some including Stringer.

“I do not presume to know what it was like to live through this pandemic in a place where it hit the hardest,” Stringer said during his announcement speech last week. “And I do recognize that Elyse and I have a level of privilege that is shared by a relative few in this city, and that our challenges do not compare to the trauma experienced by so many.”

Stringer’s mother, Arlene Stringer-Cuevas — a Riverdale resident and former councilwoman herself — died from complications of the virus last April.

Stringer told the doctor treating his mother at the time he knew people’s parents and grandparents were dying all over the city. The doctor stopped Stringer there, telling him it wasn’t just older people getting sick.

“That’s not what’s happening in the Bronx. In the Bronx, Black people are dying, of all ages. Young Latino people are dying. People with asthma and obesity and Type 2 diabetes are dying because we set up a health care system that manages these problems, but never solves them, never actually changes outcomes,” Stringer said. “It’s not just older people that are dying, the doctor said. The community is dying.”

While it seemed every political observer was confident about Stringer’s run, the comptroller told The Riverdale Press his final decision wasn’t made until he had a chance to discuss his political run at length with his wife and family.

After his announcement, Stringer embarked on a tour of the city — starting in Riverdale, Biaggi at his side. Strolling through the neighborhood’s busiest business districts, the two introduced each other to passersby — sometimes surprised people shopping or eating outside recognized them.

“When are you running for mayor?” one woman standing outside a restaurant on Riverdale Avenue asked Stringer.

Biaggi’s political alliance and friendship with Stringer started after he endorsed her early in her 2018 primary campaign to unseat Jeff Klein, who was well-entrenched in his senate seat.

“It’s not just a paper endorsement,” she told The Press.

Stringer joined her in Riverdale multiple times a week, campaigning at train stations, on the street, and at house parties — even at one hosted by his mother.

Stringer’s guidance has helped Biaggi through tough political fights, she said, giving her not just support, but real feedback about whether she was doing the right thing for her constituents.

“I want people to know today as I announce that I love this city,” Stringer said.

“This city is strong, and the people are strong. And we need a leader now who is going to be decisive in bringing the city back to life, and bringing it back to life in a different way, perhaps.”